Here in Western Massachusetts we have just finished a two week run of the Eastern States Exposition, or, as we call it, The Big E.  If you grew up here, like I did, your childhood probably consisted of annual trips to this state fair and wouldn’t have been complete without a ride down the big yellow slide.  As an adult I have only been twice.  Last year and this year…and at that, only because we now have kids who are interested in going.  Some people love to go every year and some of us could go once every few.  This year we decided to bring our camera along and capture some of the carnivalesque foods we were seeing (and trying) along the way.  Our kids were most excited to try a corn dog (something they had only seen and never eaten) and are now (sadly) hooked.  We tried the Maine Baked Potato we had heard so much about and the Pulled Pork Sundae which confused the children to no end as it looked like ice-cream but was savory all the way through.  Much to the disgust of the British member of the family… the rest of us also insisted on a piece of fried dough with powdered sugar to end the night.  I think a childless trip to The Big E just for food purposes is in order next year so that we could search out some of the more unusual finds without the distraction of children begging to go on rides, which, let’s face it, if you are a kid…is much more exciting than eating! 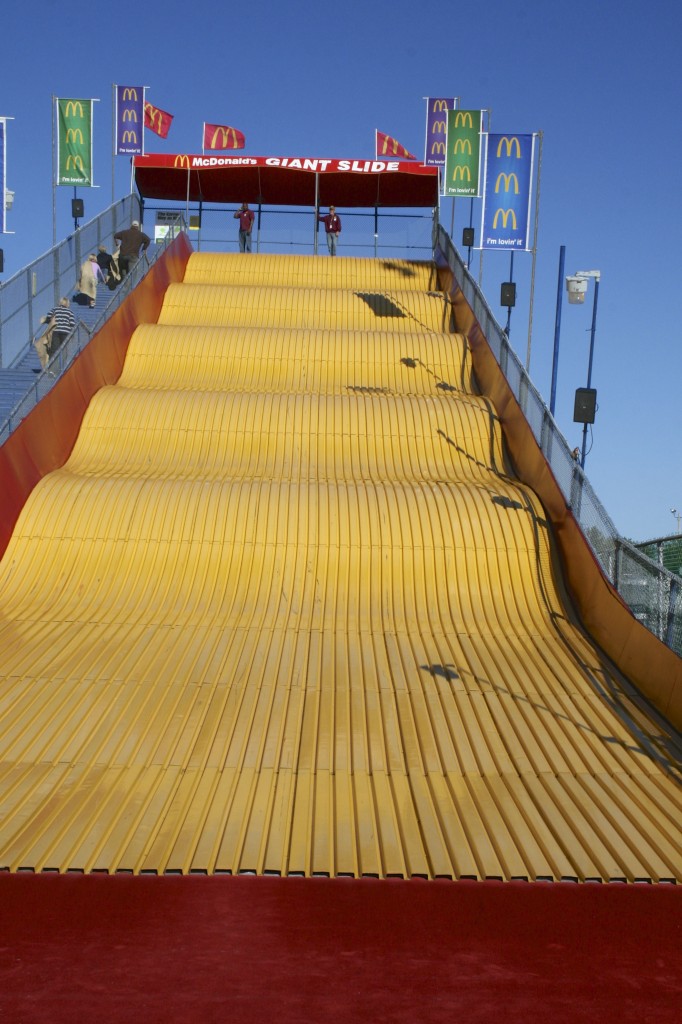 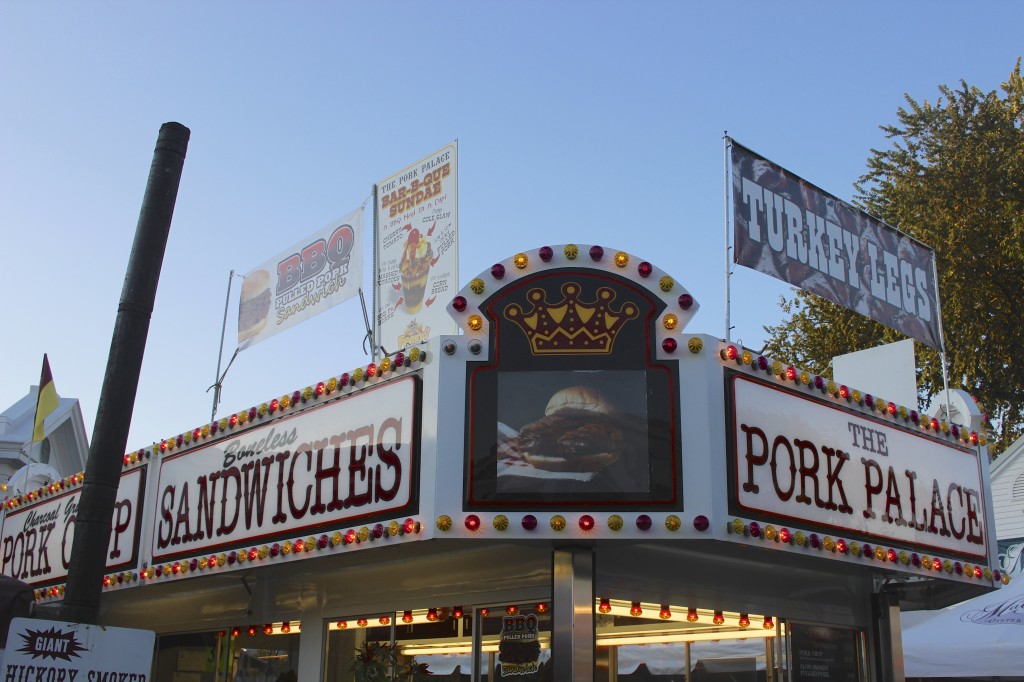 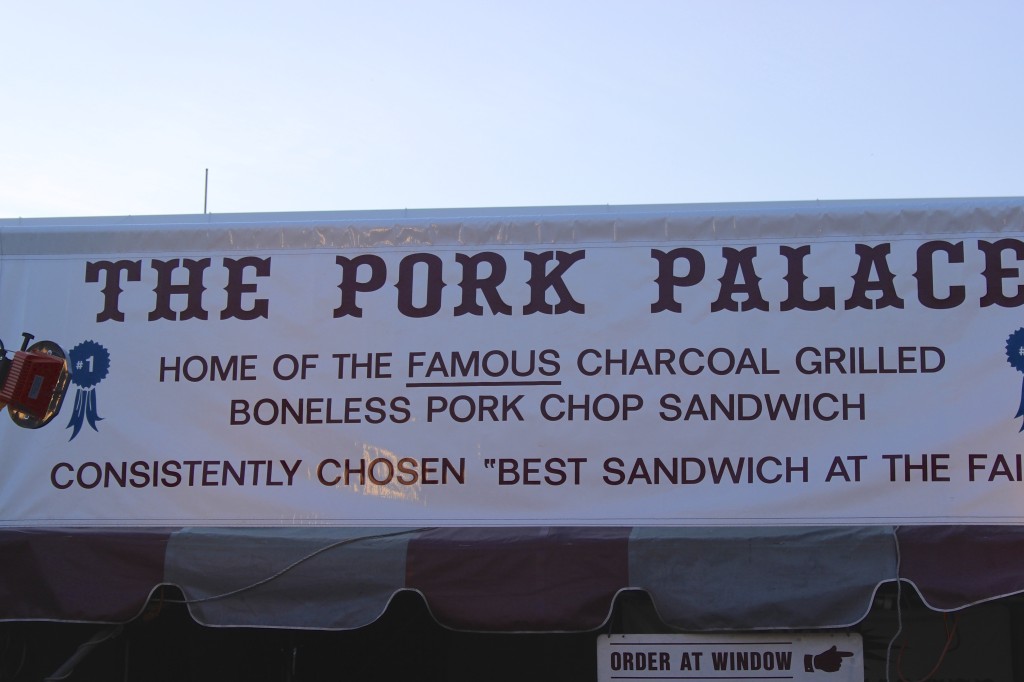 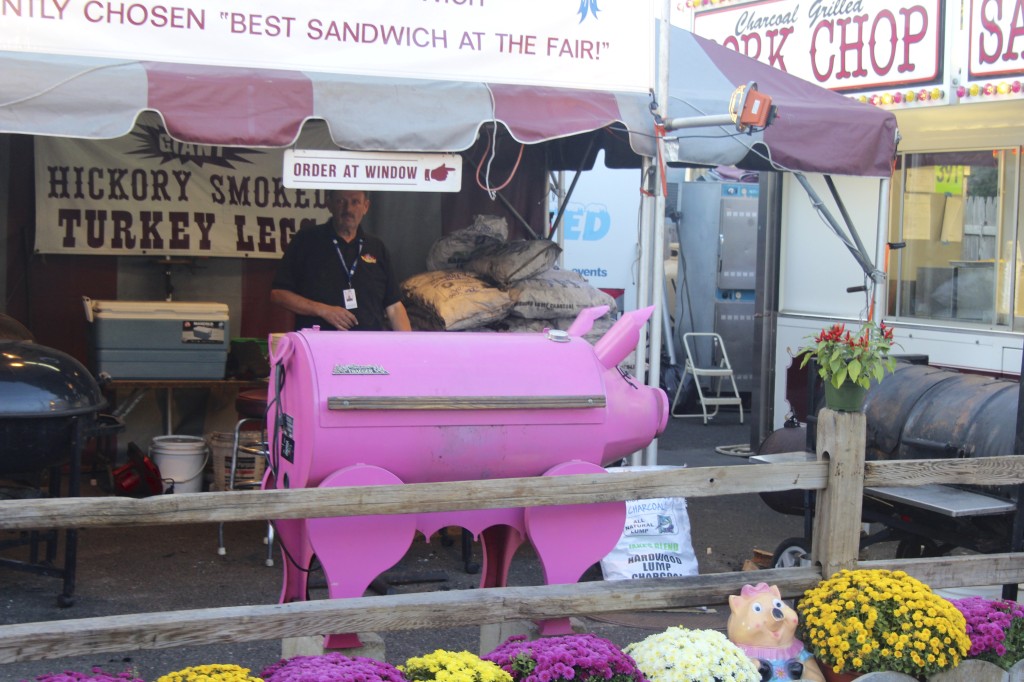 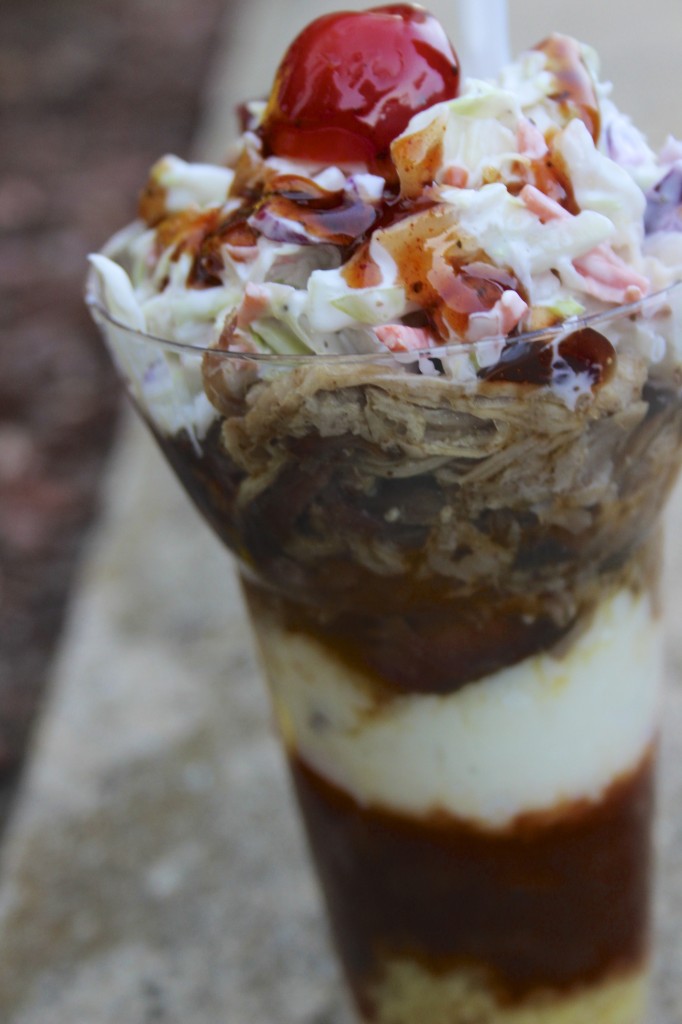 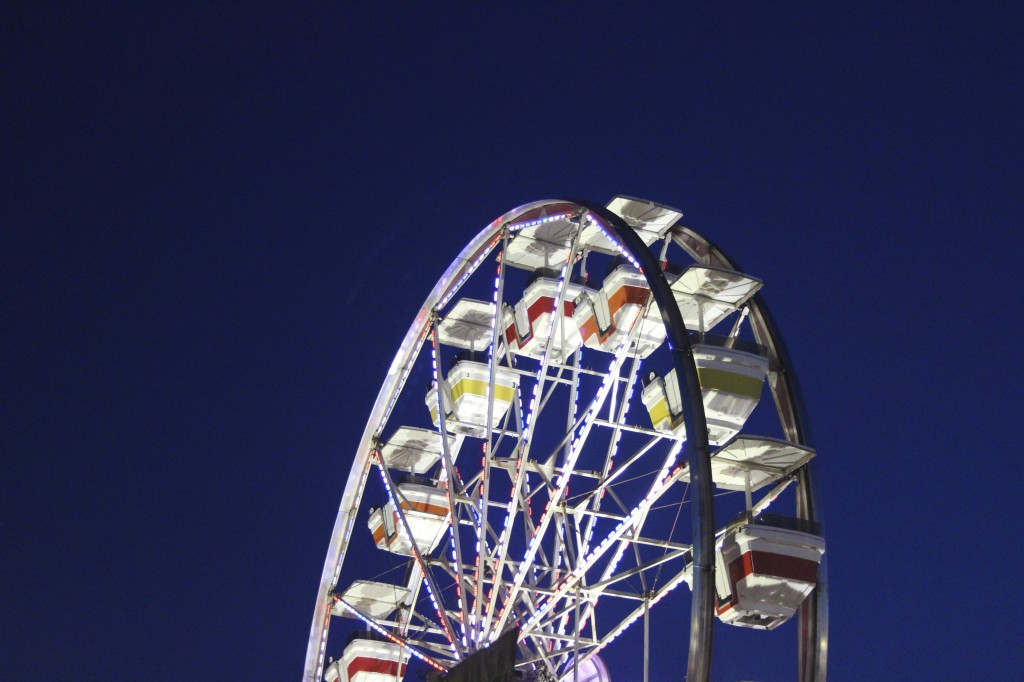 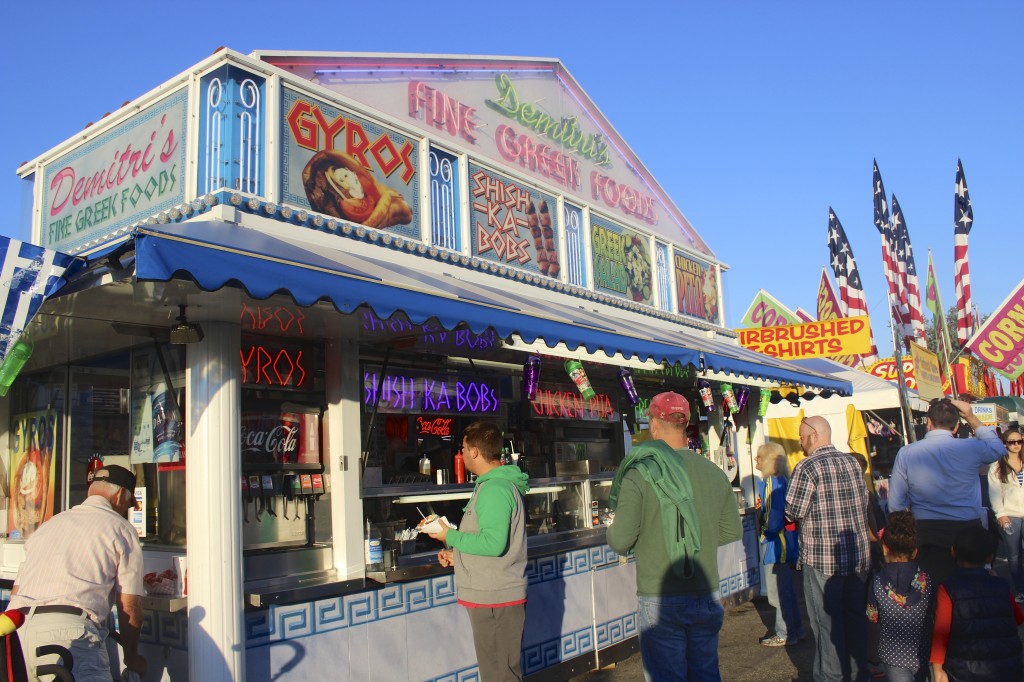 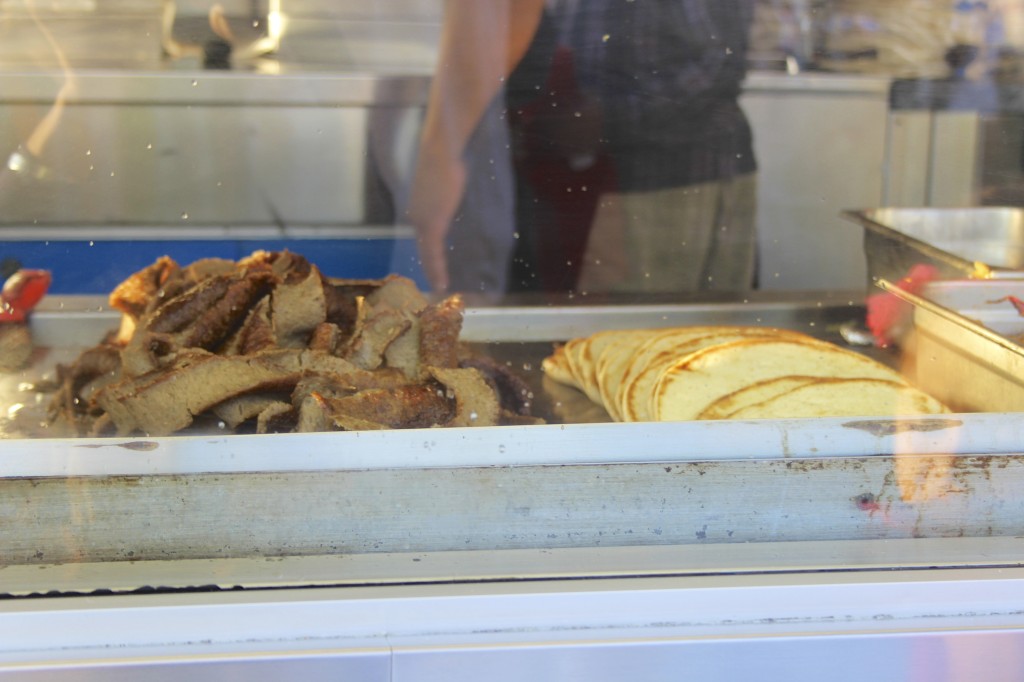 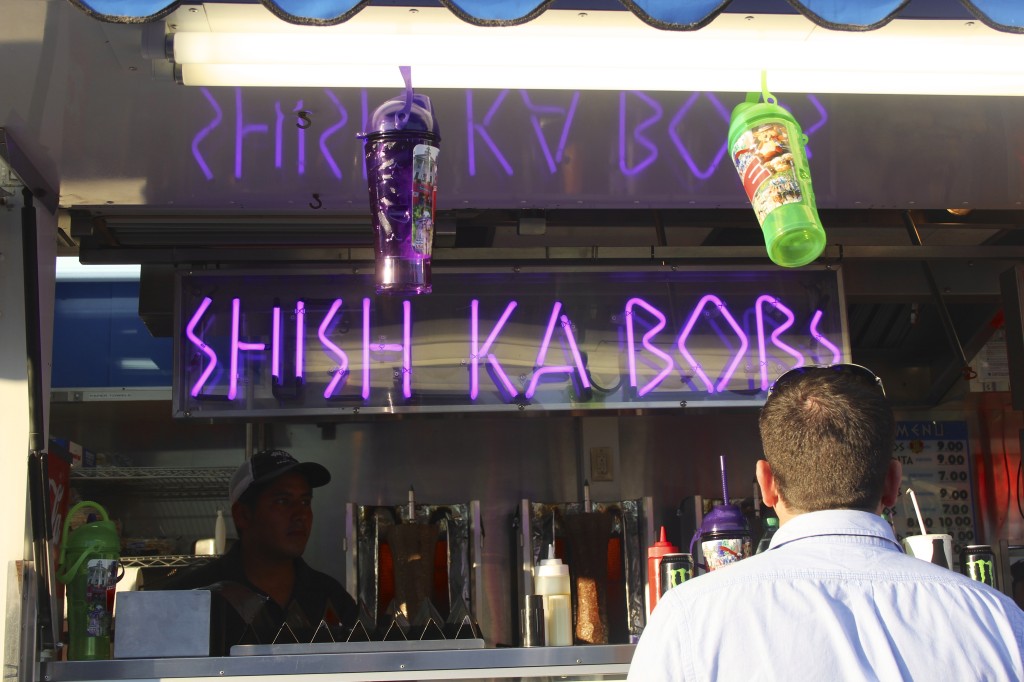 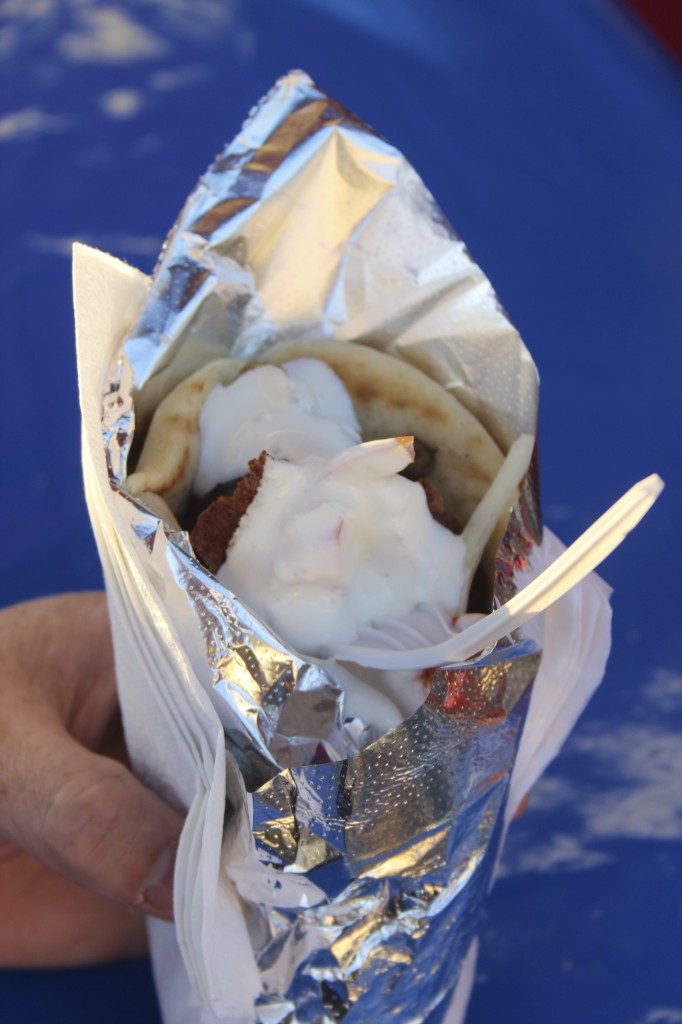 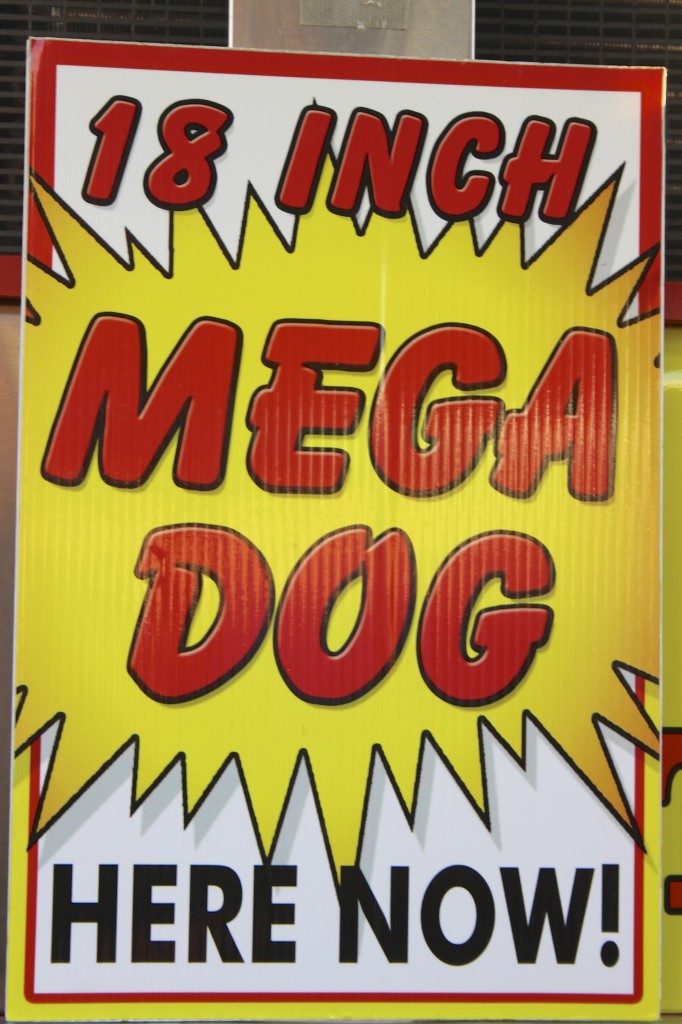 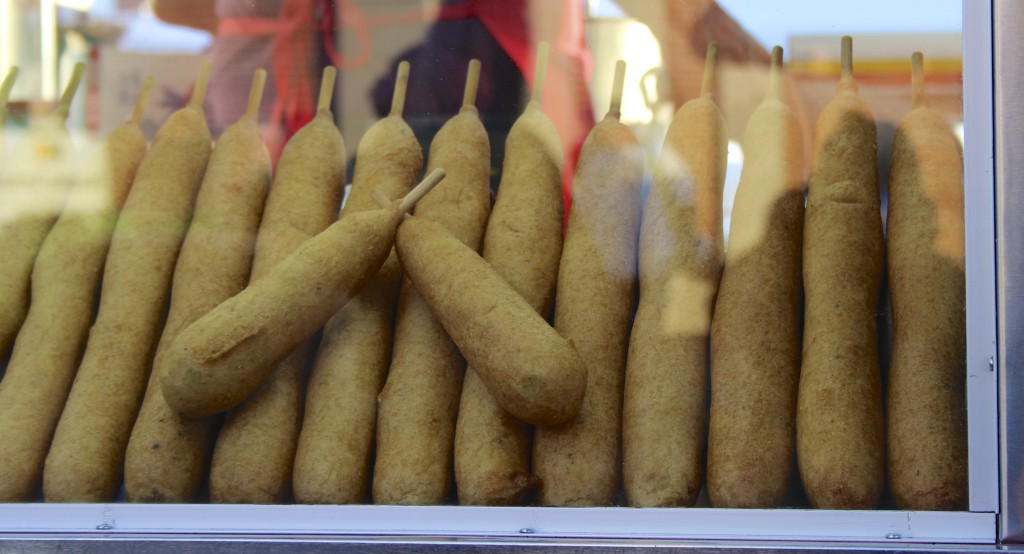 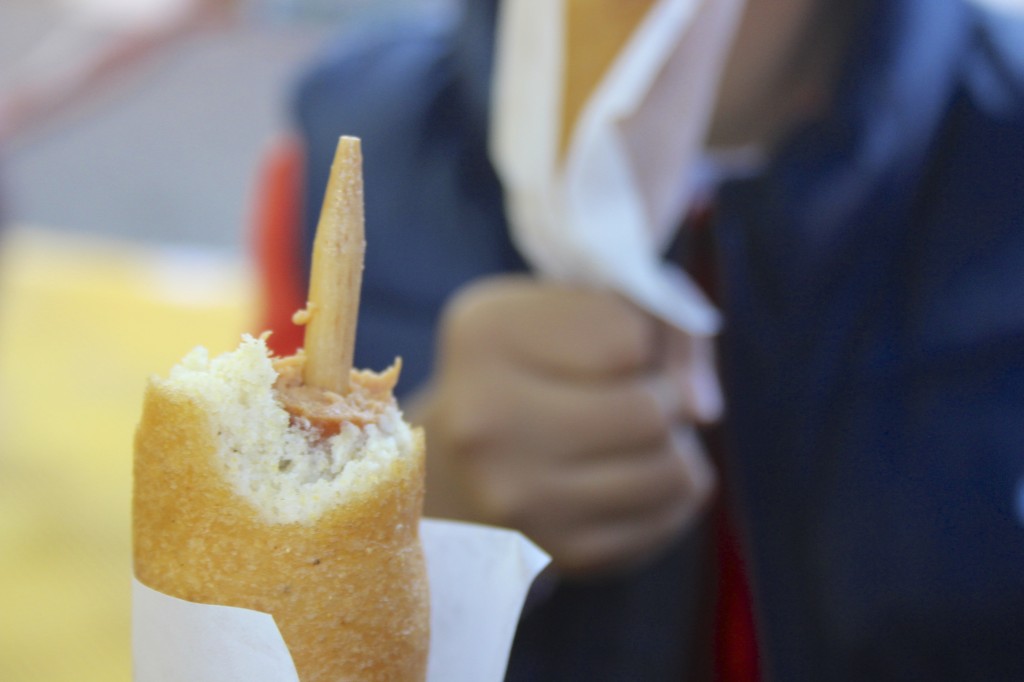 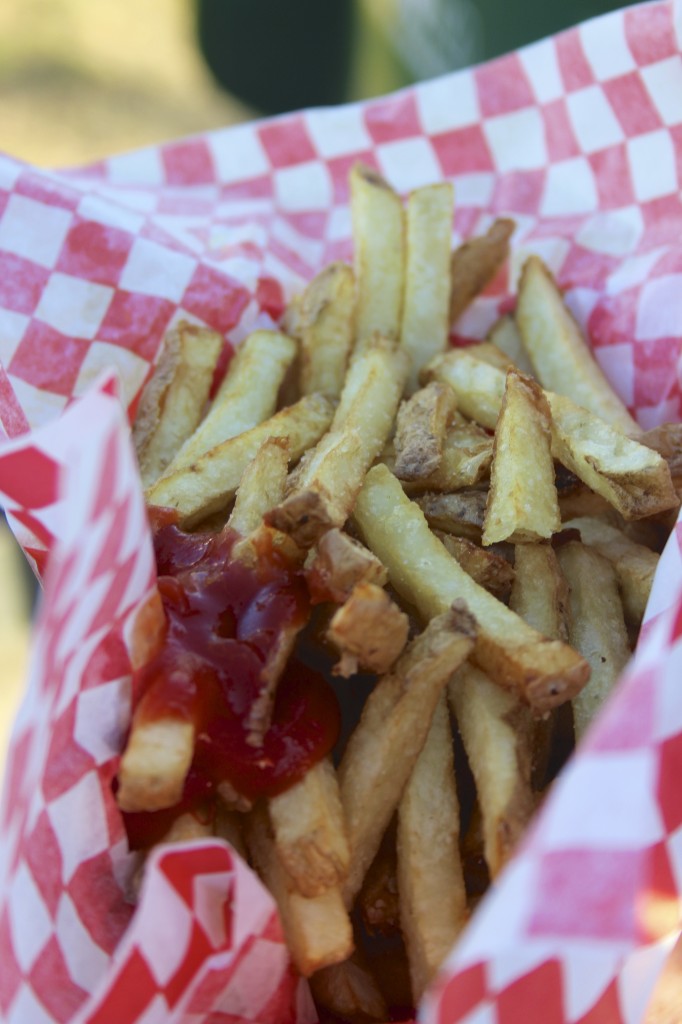 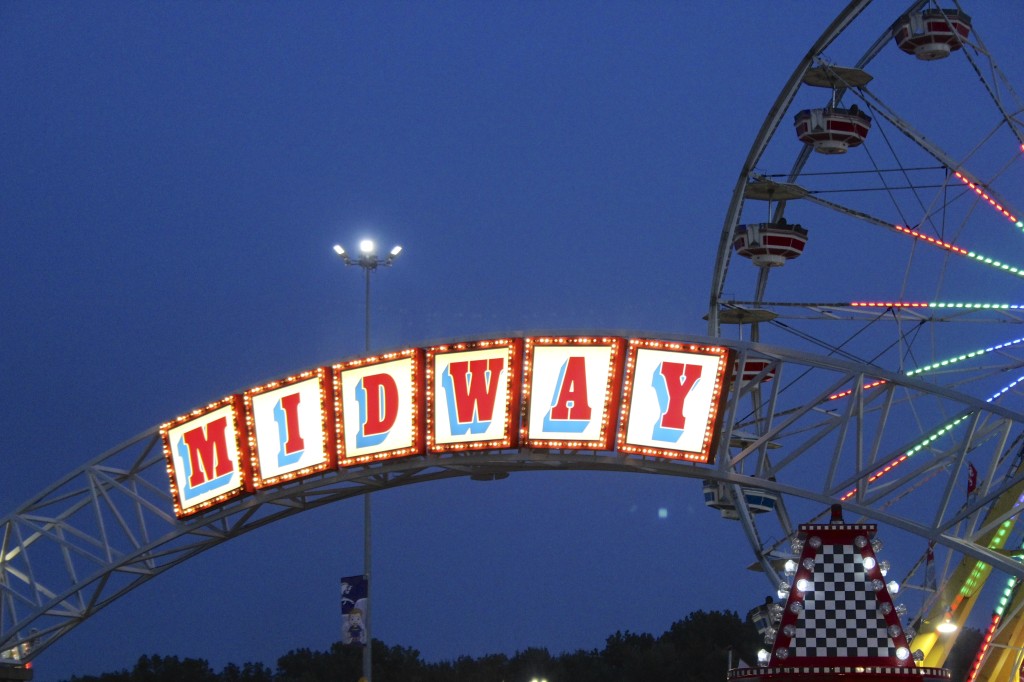 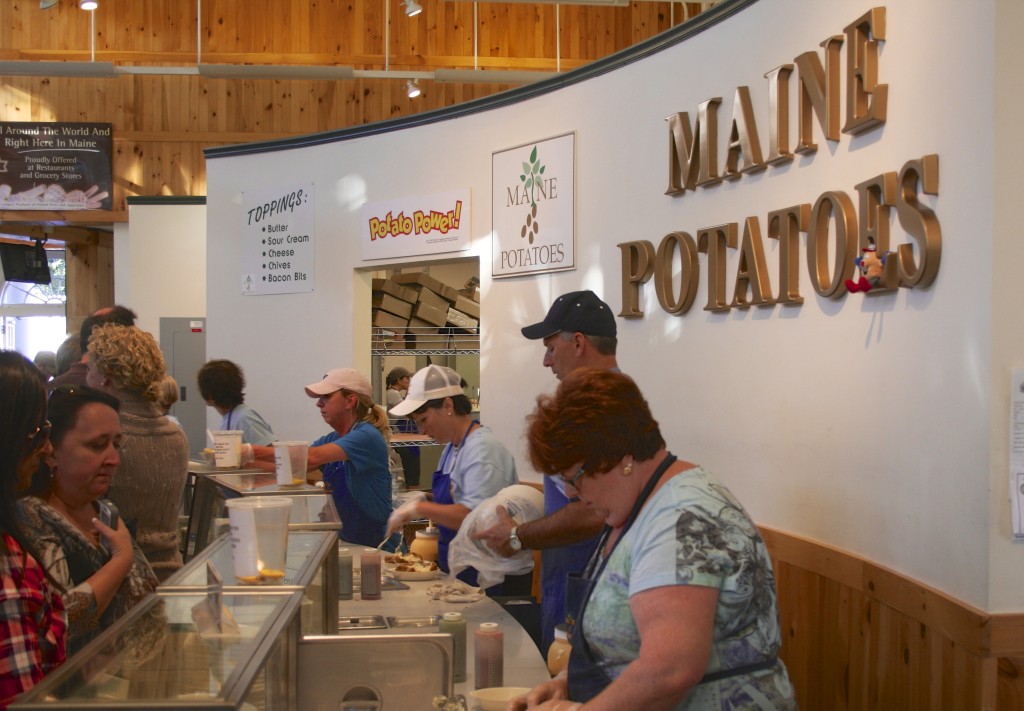 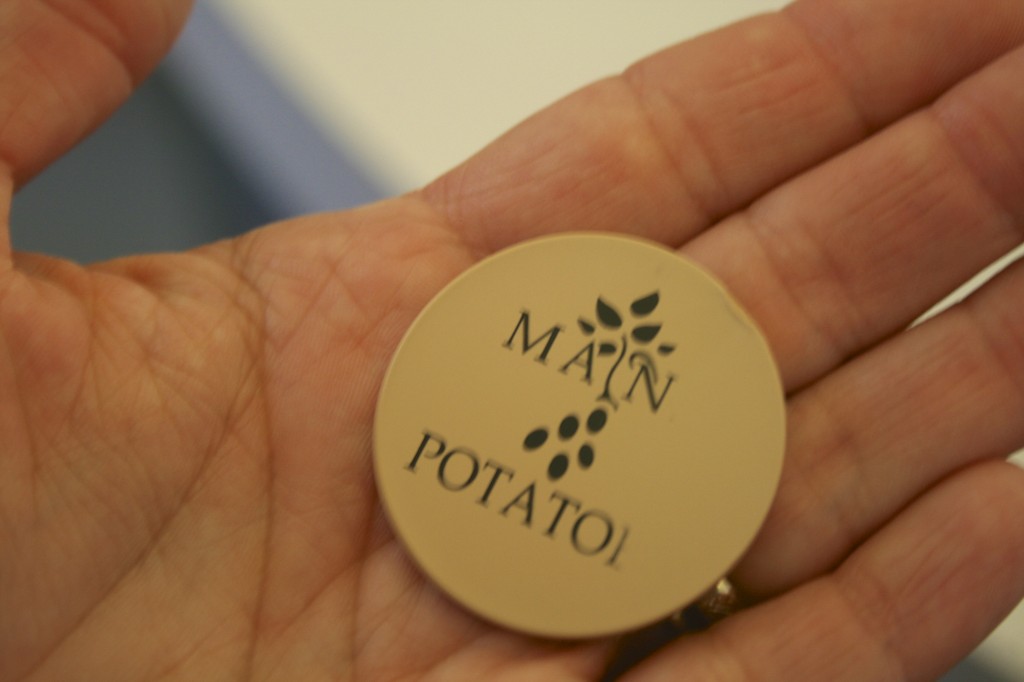 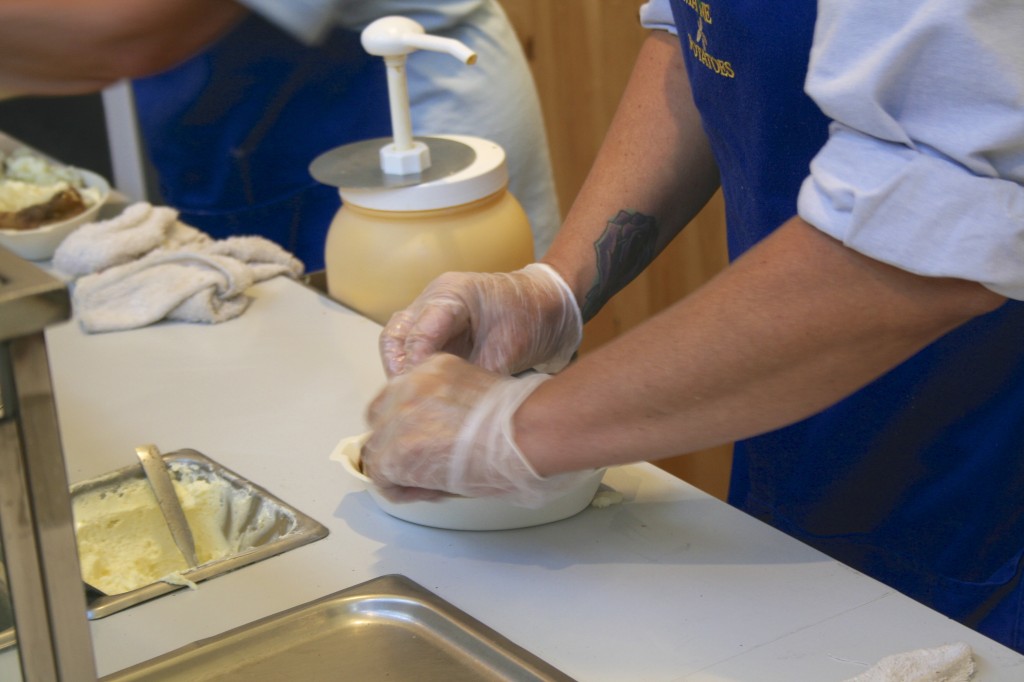 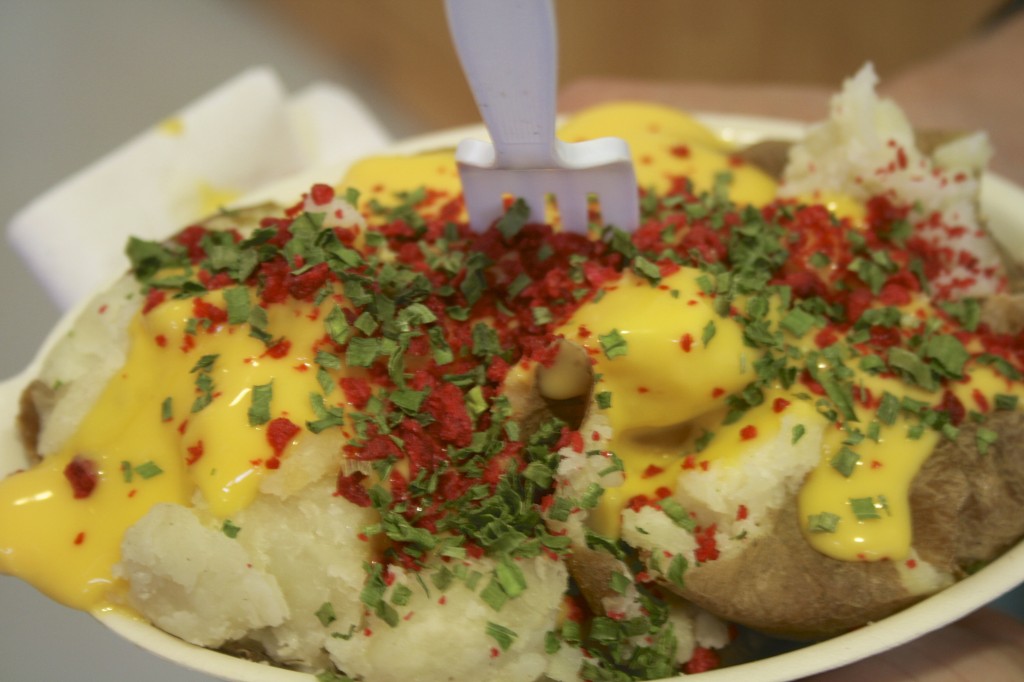 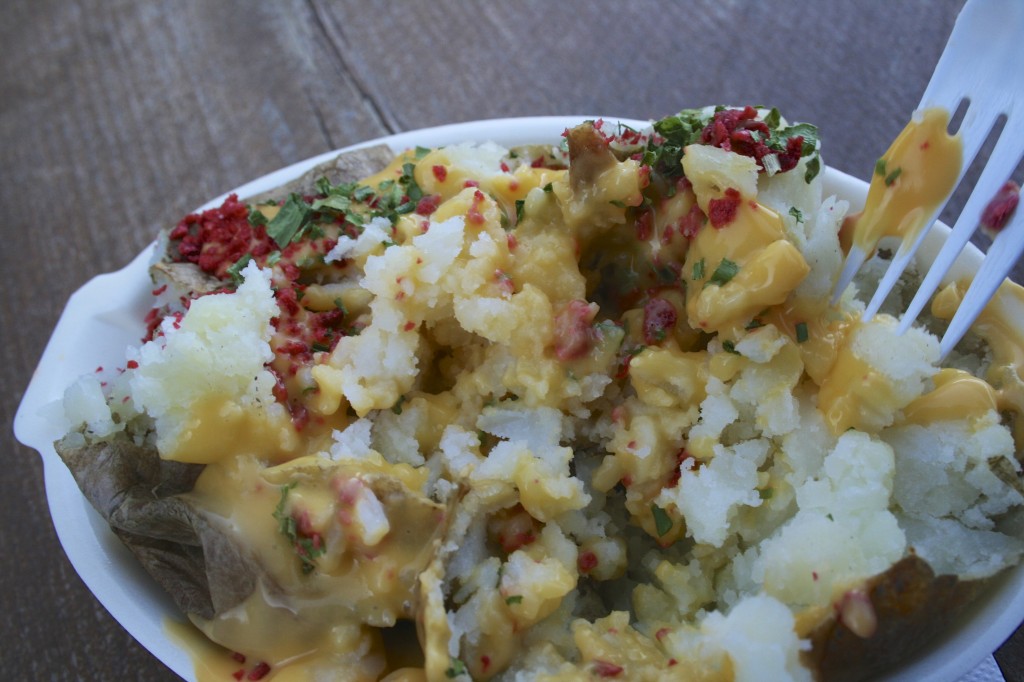 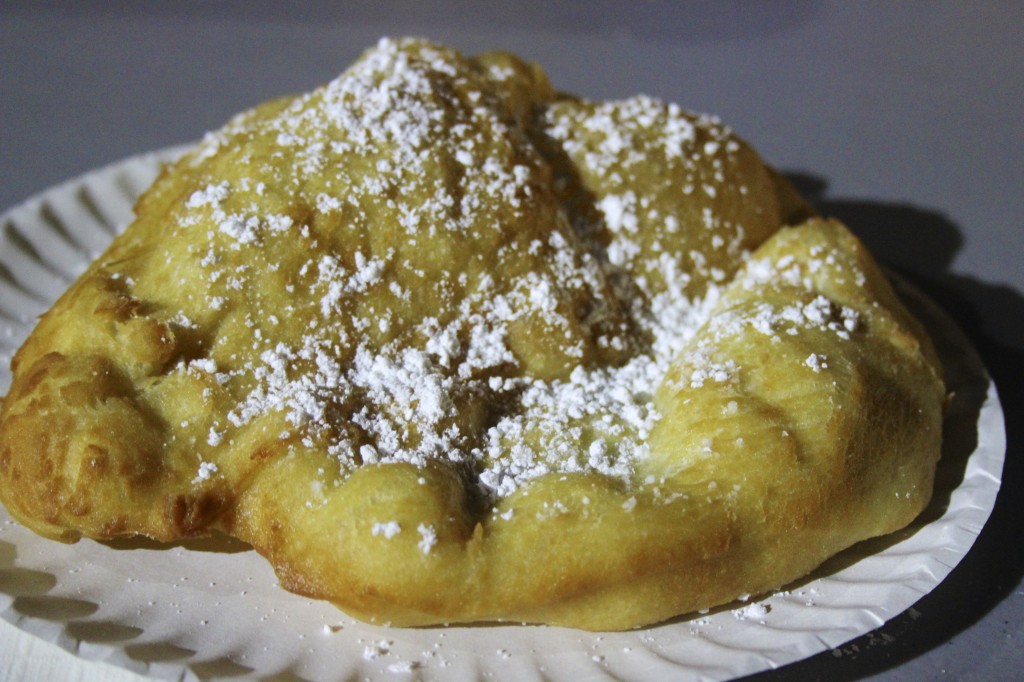 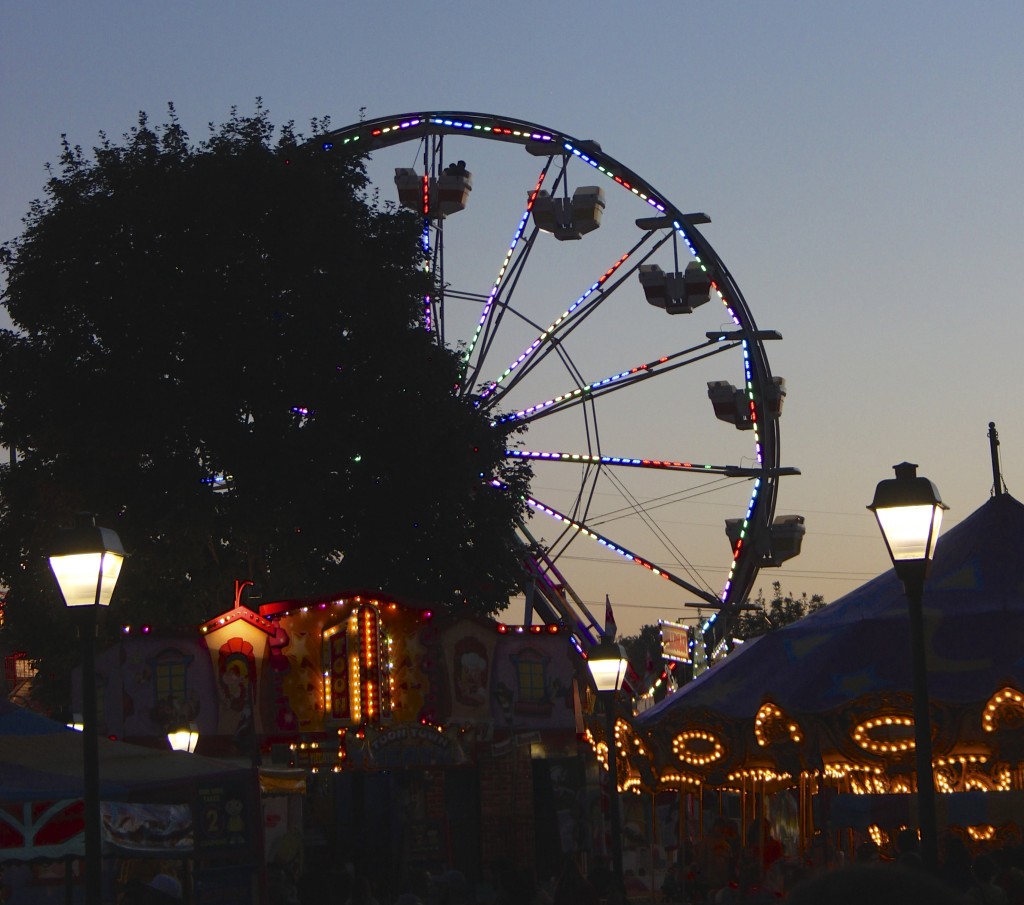