Four years ago today our adorable little doggies Lucy & Maggie were born.  We decided to celebrate by making them a special doggie birthday cake complete with frosting, candles and presents.

It is still hard to believe that four years ago we had been looking on line for a little puppy to make our lives more chaotic than they already were.  We happened upon an adorable little puppy with one brown ear who we could not resist.  She was supposed to be flown from Maryland to NYC where we would pick her up.  So that early July morning we got in our car and drove three hours to NYC dodging all sorts of traffic along the way.  Nearly there we received a phone call that it was going to be too hot to put the little pup on a plane- would we mind driving to Philly to meet up with the breeder to pick her up? Oh why not- we were almost there and Philly is not that far from NYC, right? So down we went.  We got to the airport  where the breeder was going to meet up with us and were not sure what to expect- how big would this puppy be? We had a collar and lead- we were ready.  What we were not ready for was this little tornado of a dog that was about to invade our quiet, simple (yet chaotic) life and turn it upside down.  Her collar was far too big- she was a peanut and had not yet even grown into her little eyes.  Her little brown ear was the clincher though and we were hooked- even when she tinkled on one of us upon first hold…and even when the drive home took over fourteen hours due to horrendous traffic on I-95.

We spent our first summer together in a love / hate relationship- she hated us most of the time for trying to crate train her.  We tried to be top dog in this house but truly we did not have a chance.  She is the love of our lives and brings us more joy than we could have ever imagined…even though she runs the show.
Fast forward three years and we had another call from her original breeder that he needed to give up one of her litter mate sisters.  Down we drove to Maryland to pick up little Maggie.  From the get go the two of them were joined at the hip- sleeping in the same little bed on night one and playing until they totally wore each other out.  It was bliss.  Until one fateful day six months later when something triggered them to hate each other and nearly kill each other actually.  Not even doggie therapists from Cornell University could put them back on track- and yes, we did try with a couple of home visits.  So thanks to a very fabulous mother we shipped little Maggie off ten miles down the road to live with her Grammie.  We still get to see her and she is living the life of a spoiled princess so we know she is in good hands.
To celebrate their fourth birthday we made them a cake. 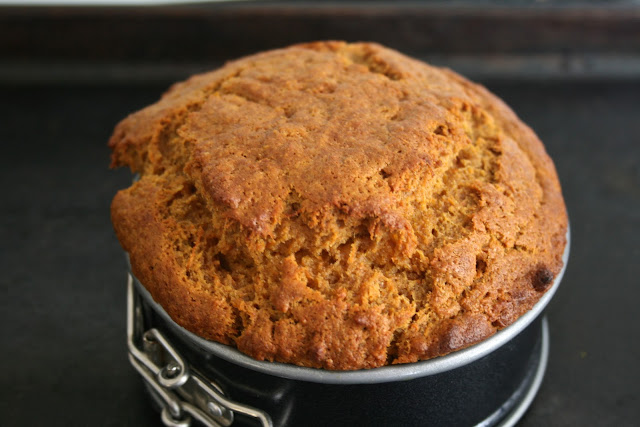 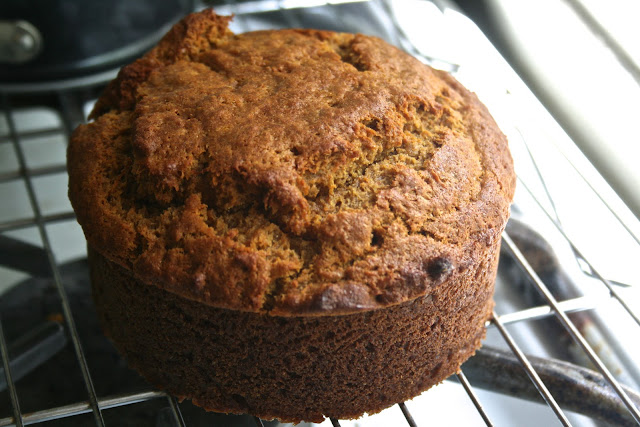 Mix the ingredients together and pour into a greased spring form pan (small) and bake in a 350 oven for  thirty to thirty-five minutes.
Allow to cool and spread the top with additional peanut butter. 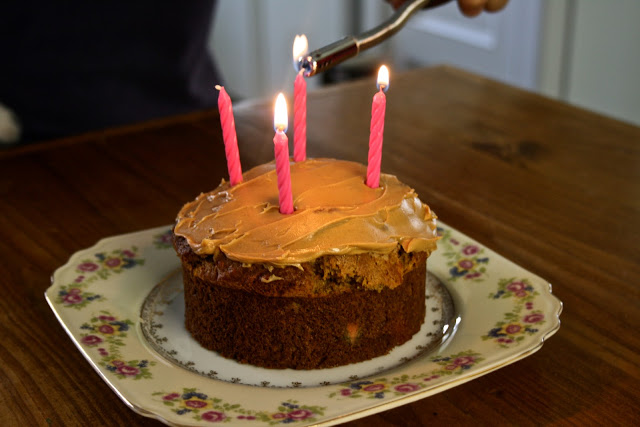 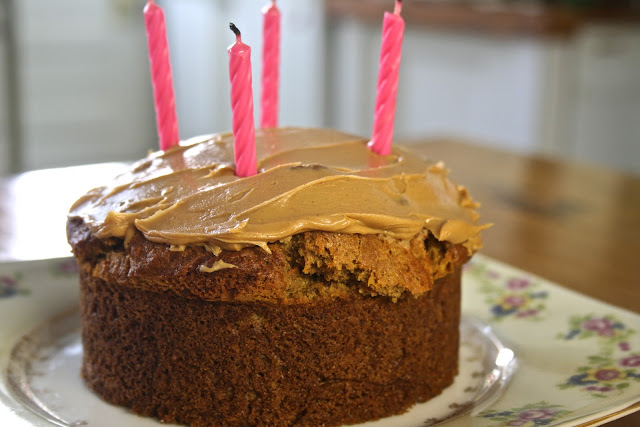 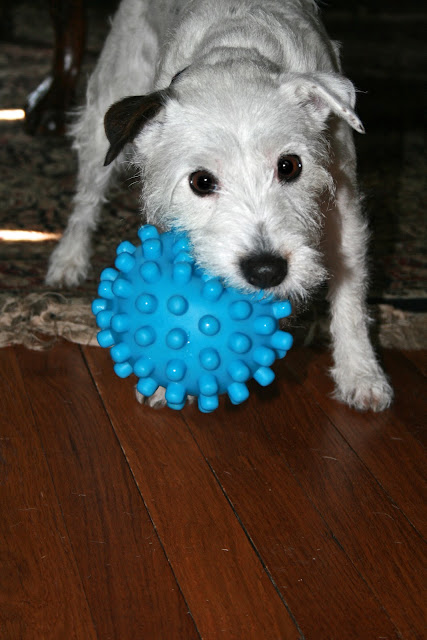 Our little munchkin loved it and we hear her sister Maggie did too!