Last week our local library had a used book sale.  Fill a bag for ten dollars.  Does it get any better? We got loads of treasures.  One of them was a book on Hungarian cooking.  My husband’s sister and her husband live in Hungary so it stood out to us.  It is an old book.  It smells a little of must.  But it had a potato recipe that was worth trying.  It went in our ten dollar bag. am a mashed potato lover.  Cold day? Mashed potatoes.  Feeling poorly? Mashed potatoes.  Side dish that goes with everything? Mashed potatoes.  Hot, cold…I don’t care.  I love them.  When I was a little girl (unless it was Easter or Thanksgiving) most of my mashed potato eating was via the instant sort…or of course frozen in those five section TV dinners that we’d get on babysitter nights.  When we’d stay with my Dad he’d make real mashed potatoes with caramelized onions and sour cream.  There is just something really comforting about them which makes me love them.

We started with three potatoes which we peeled and diced.  They were boiled until soft.  Drained well and set in the bowl of a mixer.  To that we added 1/4 of a brick of cream cheese and 1/2 cup sour cream.  We also added a quarter of a caramelized onion which had been diced and salt and white pepper.  This mixture was beat for about three or four minutes until fluffy.  It was transferred to a baking dish and the top was sprinkled lightly with smoked paprika.  This was put into a 350 oven for thirty to forty minutes or until the tops began to brown.

I’m not sure if they are called snowy potatoes because they are white or because they are fluffy.  Maybe both.  I couldn’t find a lot of history on them.  They were very light and not heavy like mashed potatoes can sometimes be.  The smoked paprika added a depth of flavor that worked with the warm and creamy potatoes.  It almost formed a skin on the top that was a little bit crispy.  When my husband’s sister came to visit us last she brought us some Hungarian paprika and a gorgeous traditional Hungarian tablecloth.  It is embroidered with colorful flowers.  It feels very old world and when we pull it out from time to time it adds so much light to the day.   This recipe was really good.  It was a mix up on the regular mashed potatoes that our family loves- but one that is a welcome change and that we will try again. 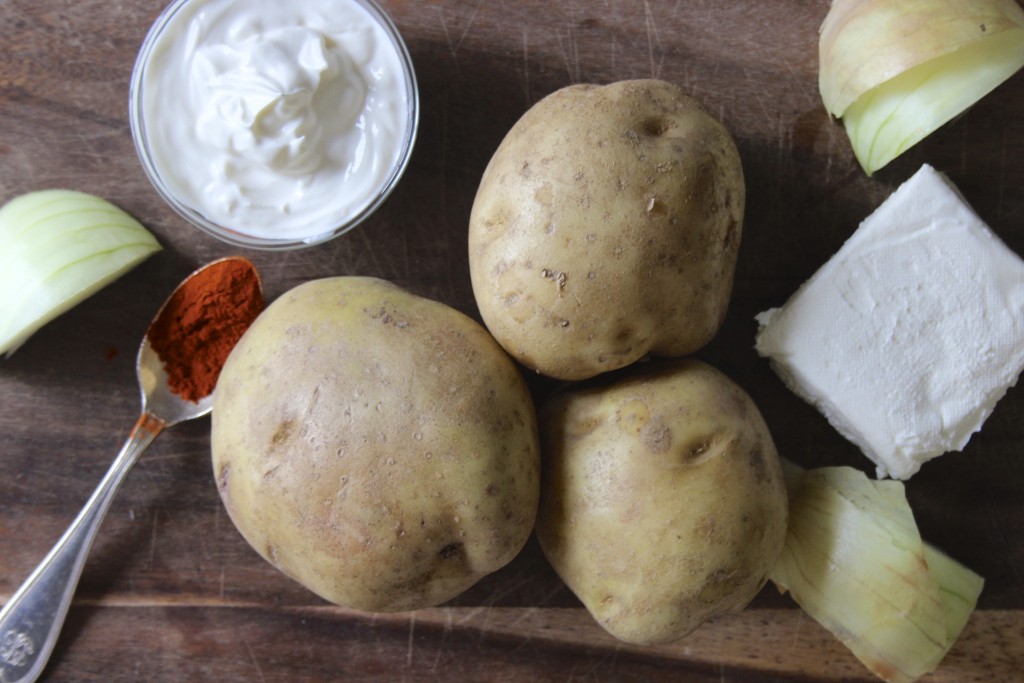 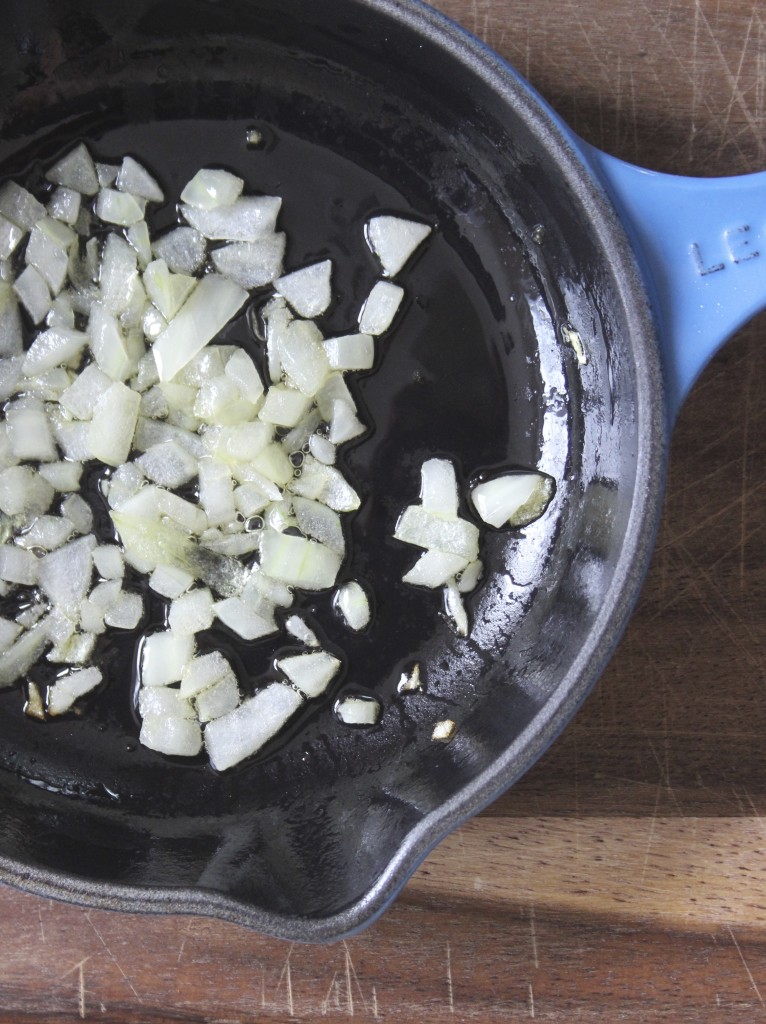 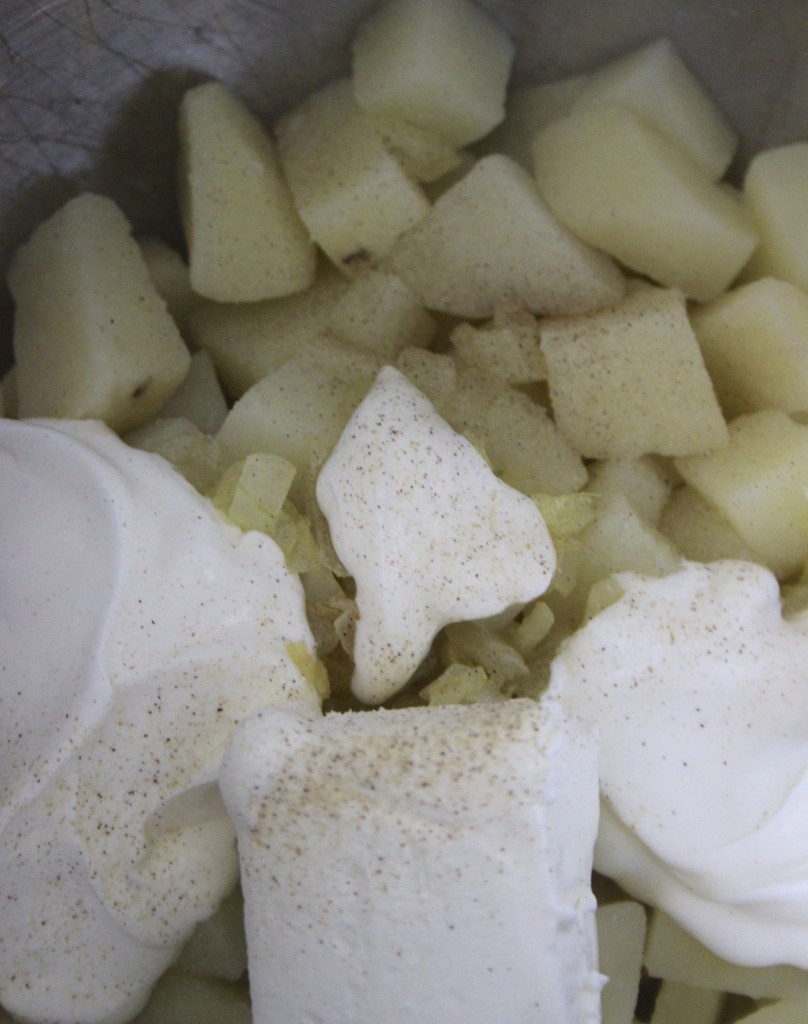 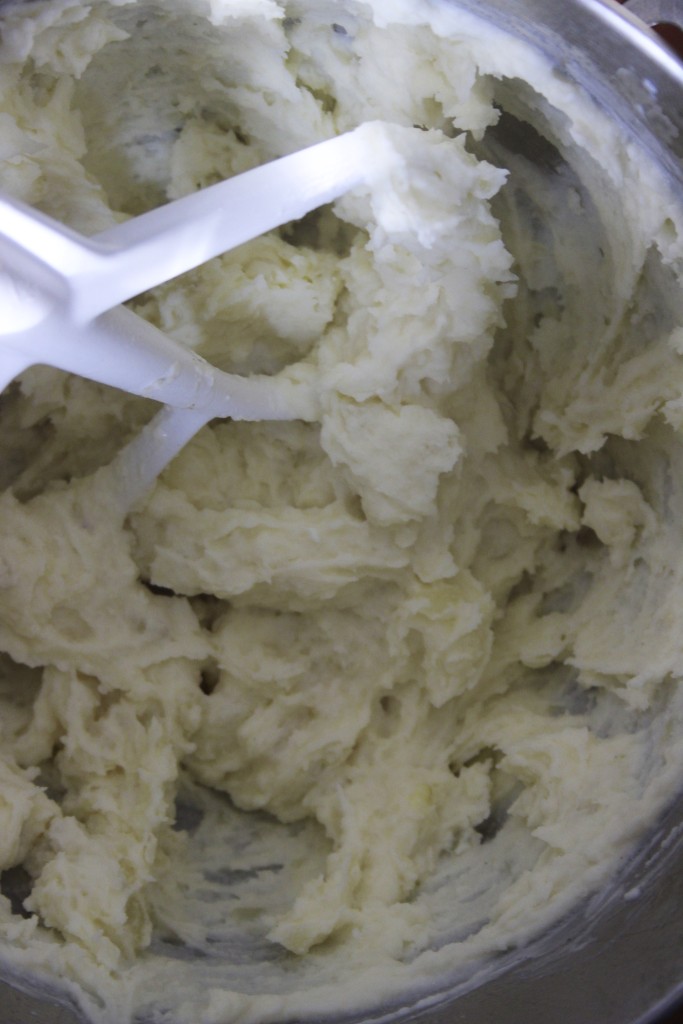 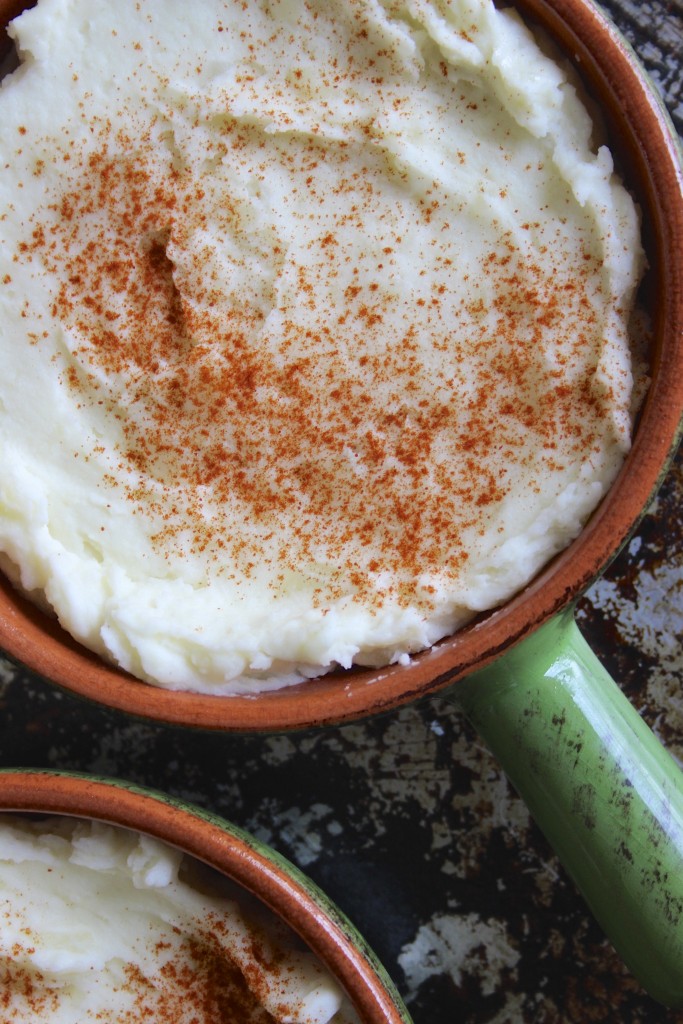 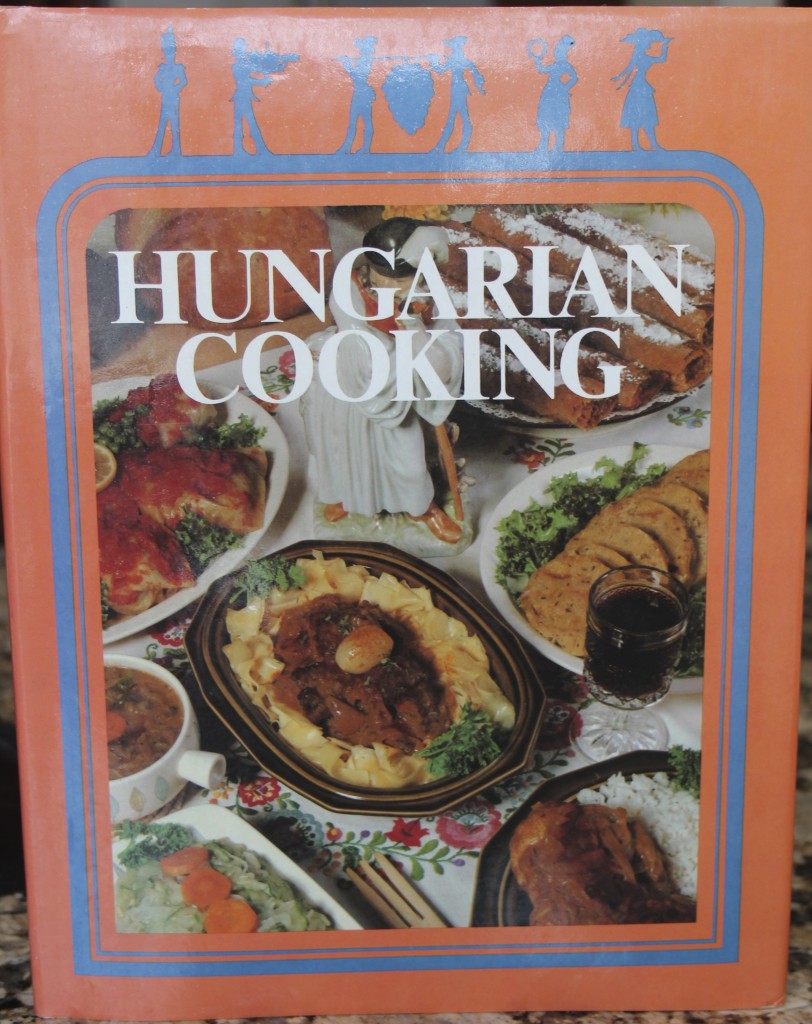 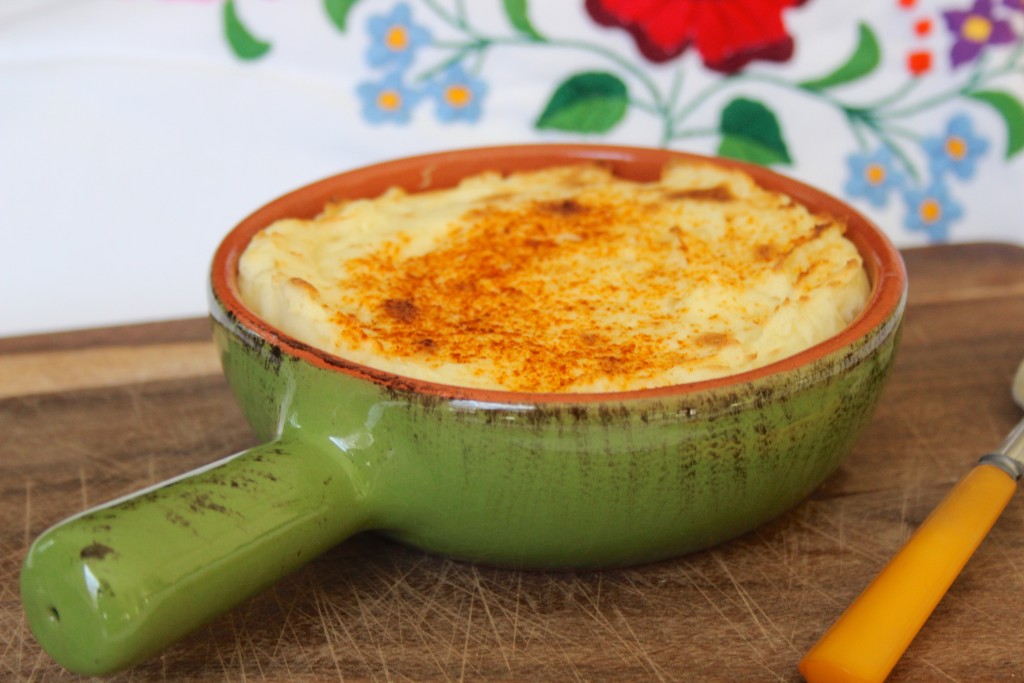 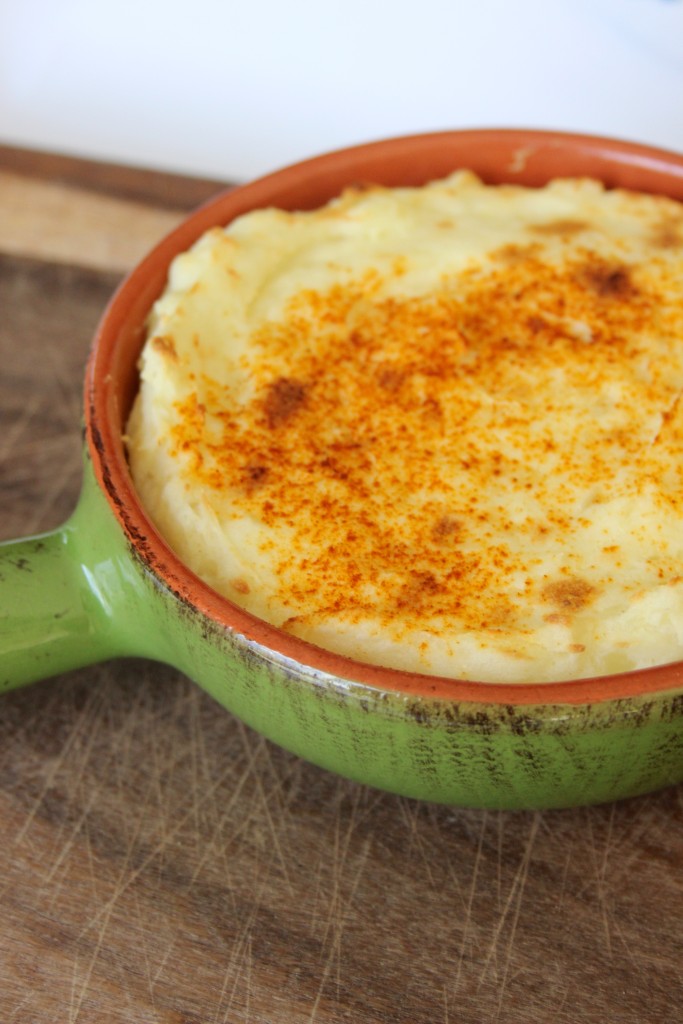 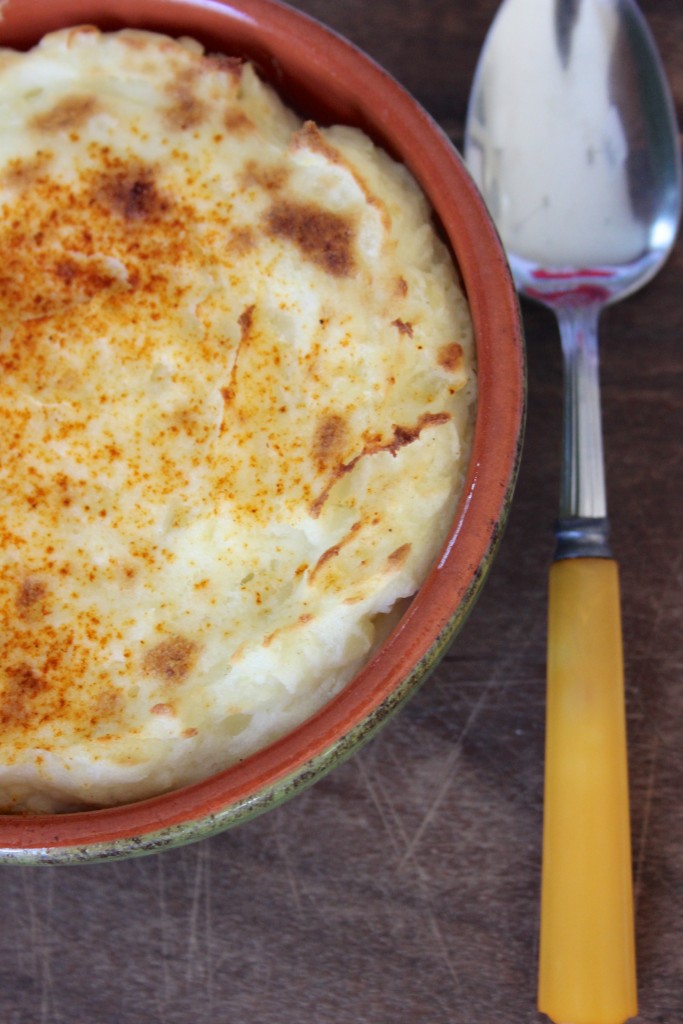 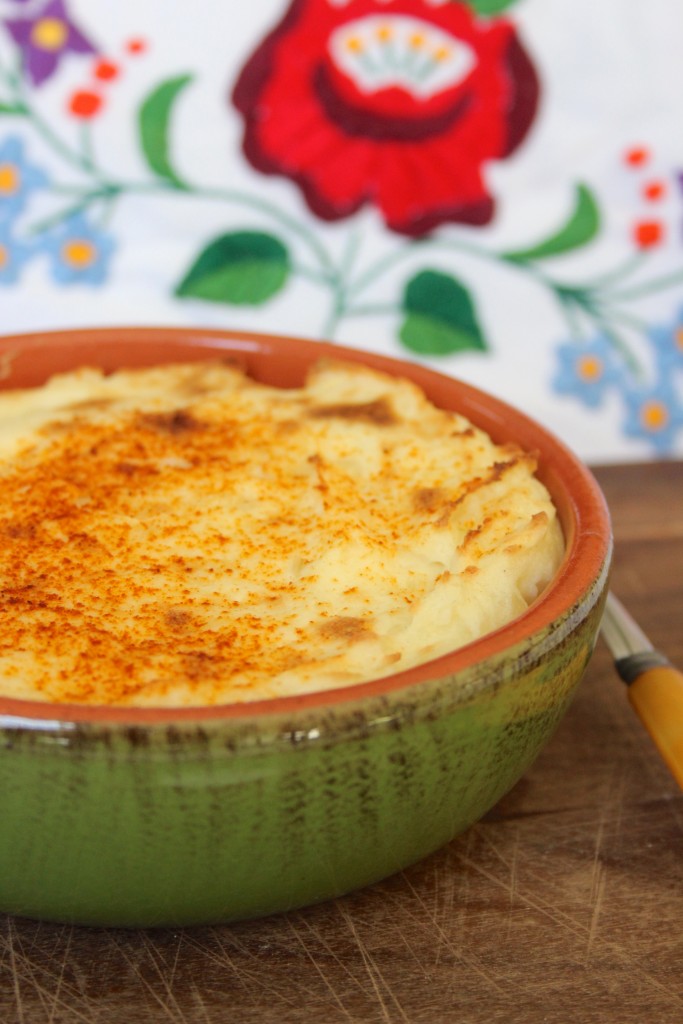 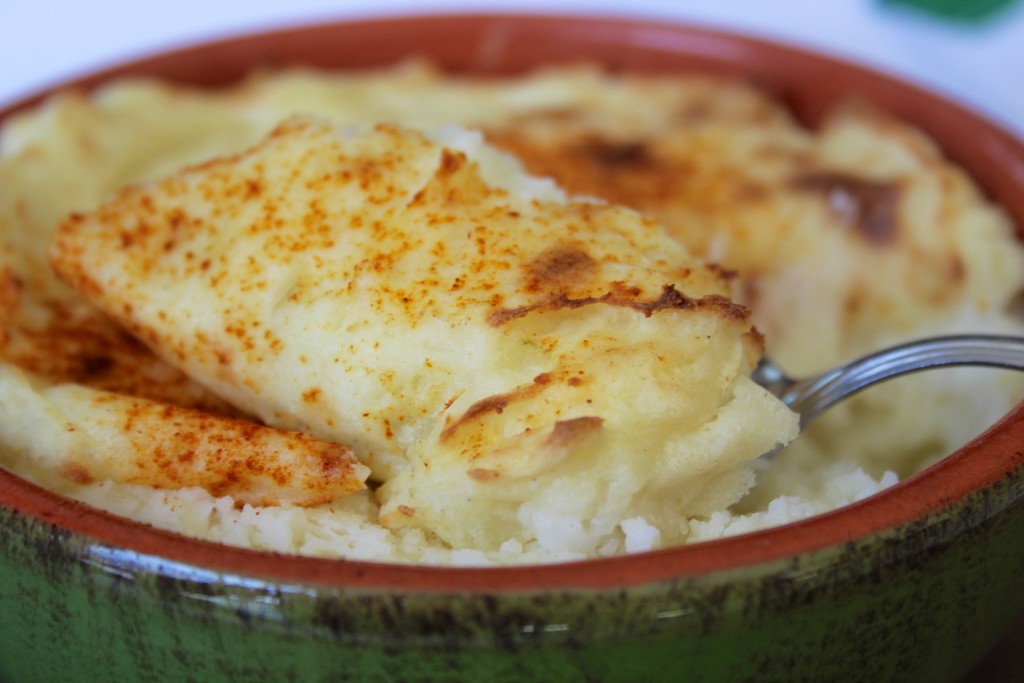 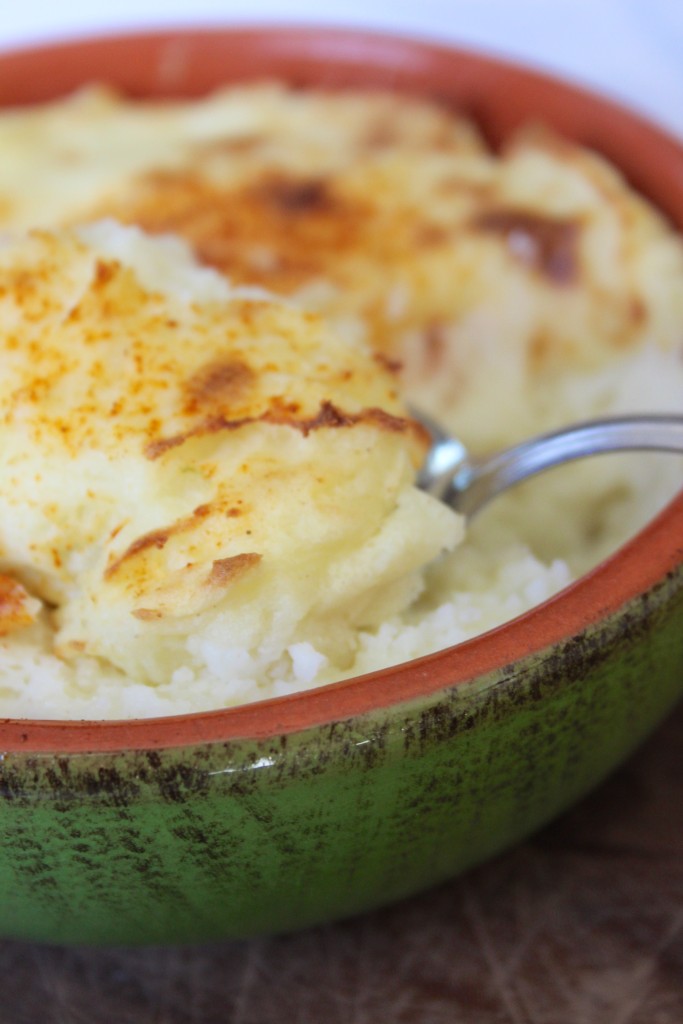