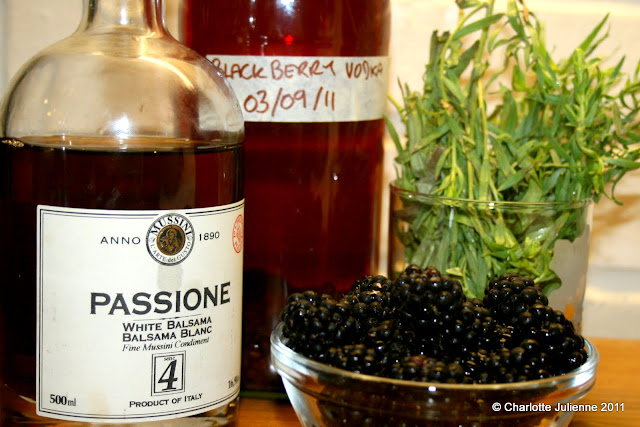 At the same time we made our Cranberry Gin in March, we made a Blackberry Vodka.  Six months later it too is ready to be used.  We decided to make it into a lovely blackberry tarragon sauce to accompany our roasted chicken. This is a slightly tart sauce that goes well with chicken but would also work very well with beef. 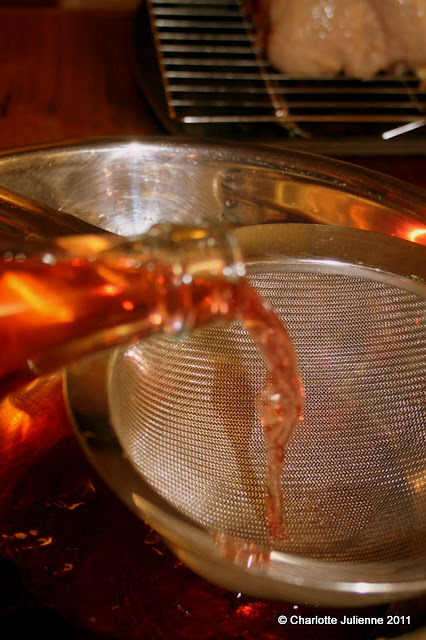 We began by straining the blackberry vodka. 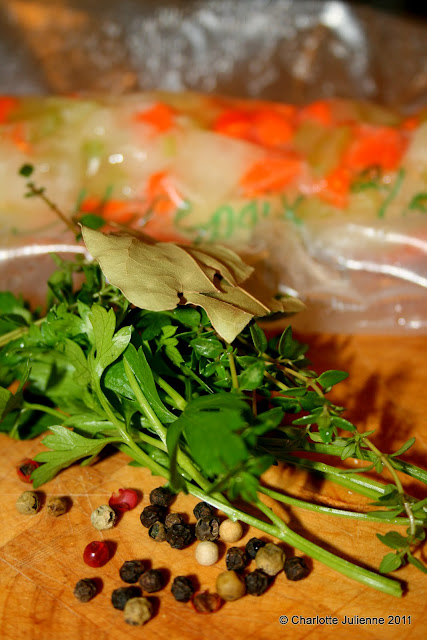 In a stock pot we put a variety of herbs including parsley, thyme and tarragon along with some peppercorns and the wings, neck and back from the chicken we were roasting.  On hand we always keep frozen mirepoix which is a mixture of carrots, onion and celery.  We added this as well and began to brown the chicken parts. 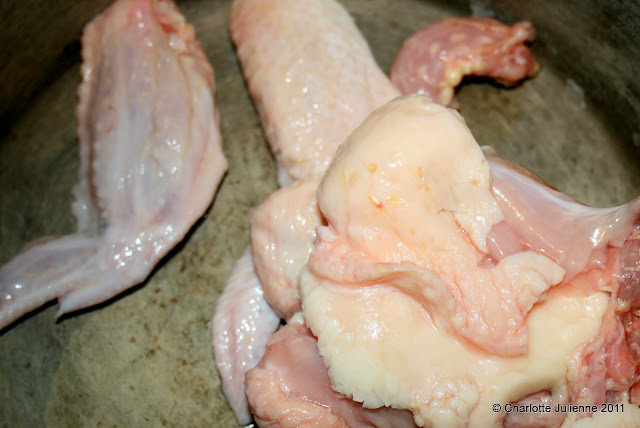 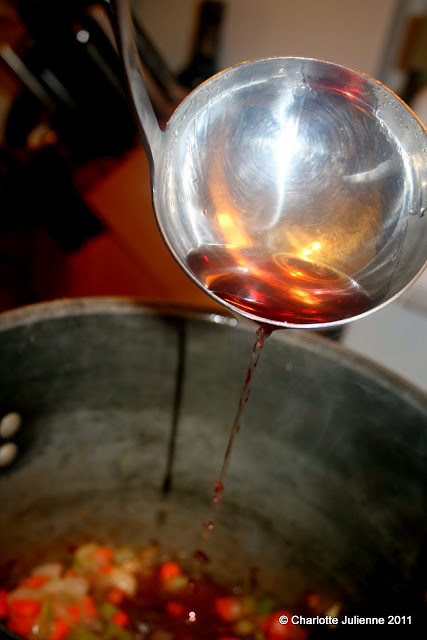 We added the blackberry vodka and cold water. 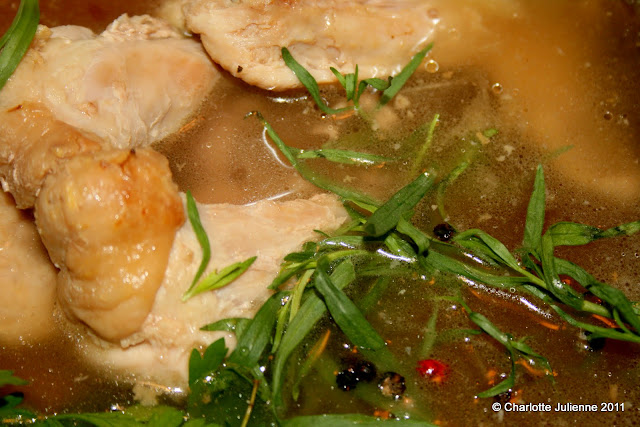 We cooked this until it was reduced by half. 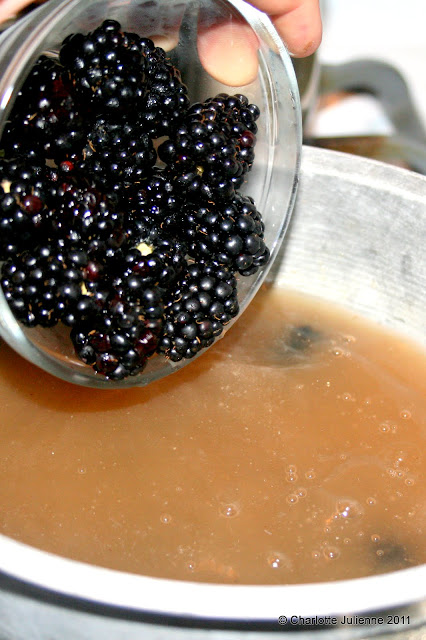 After we strained it we added some fresh blackberries. 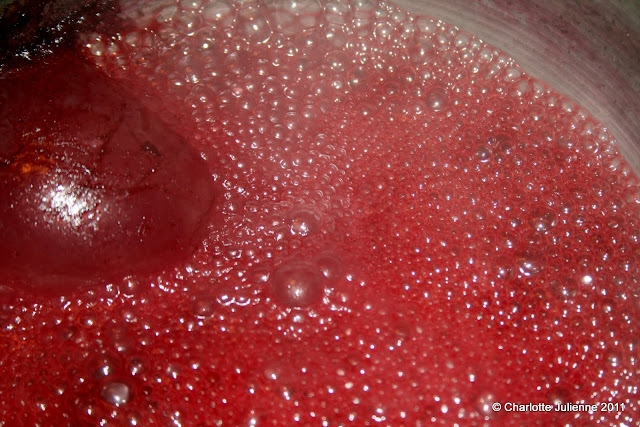 This caused the liquid to turn a beautiful pinkish red color.  We reduced this until thickened. 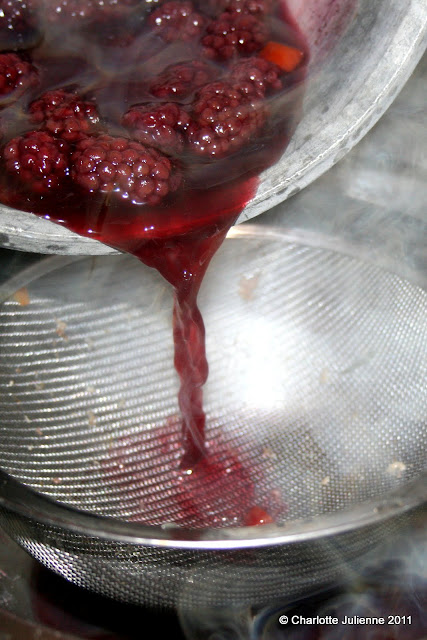 We then strained the blackberries out and continued to reduce. 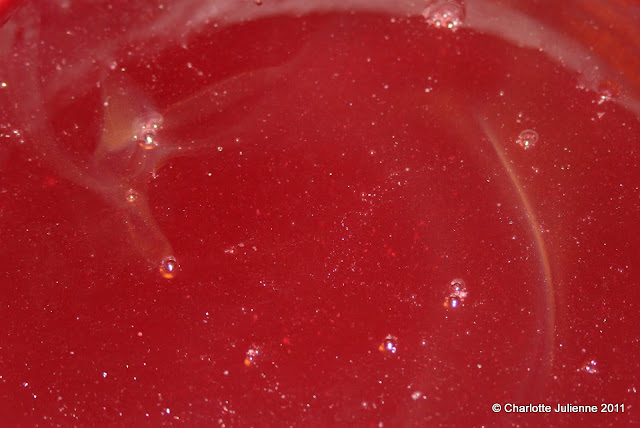 Once the sauce was reduced to our liking we added a tablespoon of cold butter.  This gives the sauce a richness and a lovely sheen. 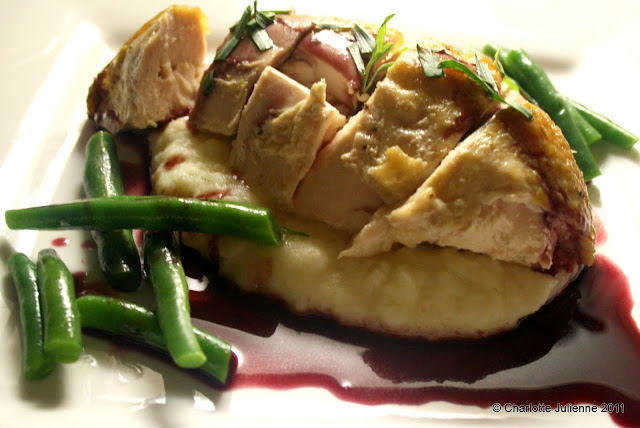 We enjoyed this blackberry vodka tarragon sauce with mashed potatoes and roasted chicken.