I’ve had a thing for butterscotch since I was little.  Butterscotch candies.  Butterscotch pudding.  Butterscotch coating for soft serve ice cream.  Y.U.M.  That flavor of brown sugar and butter is just perfect to me.  After a impulsive buy of butterscotch chips at the market and the quick realization that I came home without ice-cream for the after school snack, I set out to quickly make a sweet treat that would distract my kids to the point of not realizing the ice cream wasn’t in the freezer. 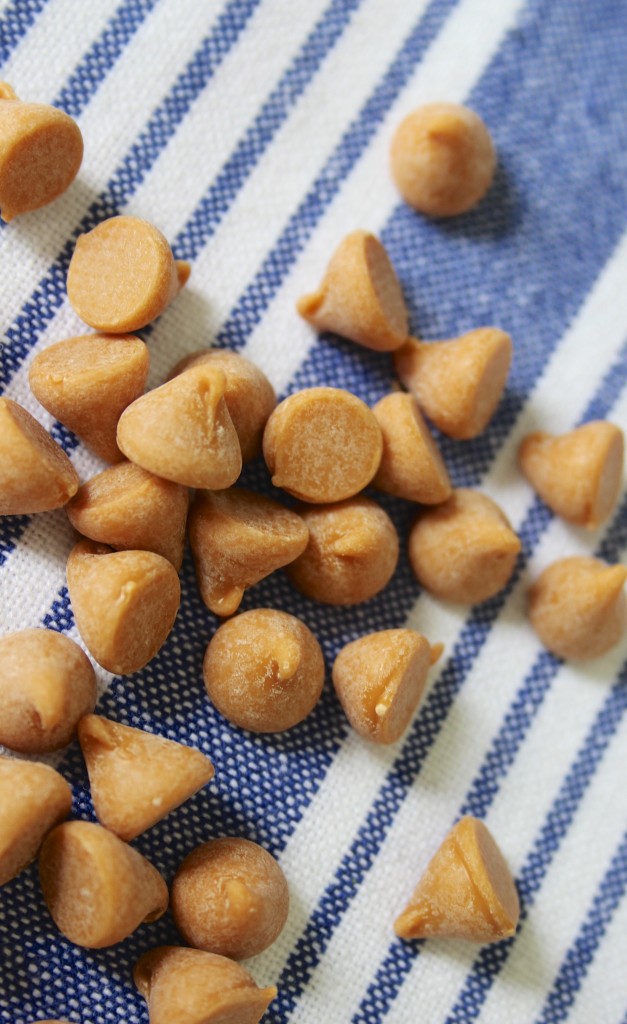 The back of the chip bag had a recipe for butterscotch brownies which I decided to enhance with the addition of blueberries and quick cook oats.  Before I go any further I’ll just admit that I’m a dough girl.  Despite the warnings and recommendations not to eat it I pretty much always test it out.  If the dough isn’t good I’m not usually a fan of the finished product.  In this case though the finished product tasted better than the dough – so maybe my dough test isn’t so accurate after all. 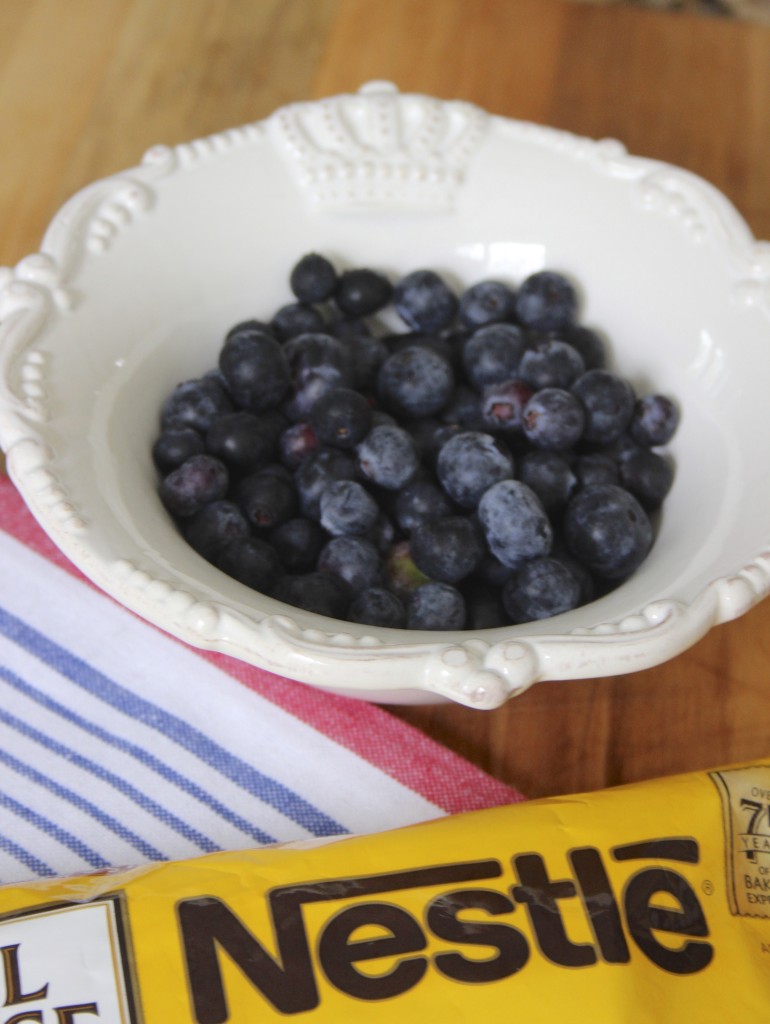 Begin by combining the flour, baking powder and salt in a dish and set aside.  Beat the butter, brown sugar and vanilla in a mixer until creamy.  Add in the eggs.  Slowly beat in the flour mixture.  Stir in the oats and butterscotch chips and then fold in the blueberries. 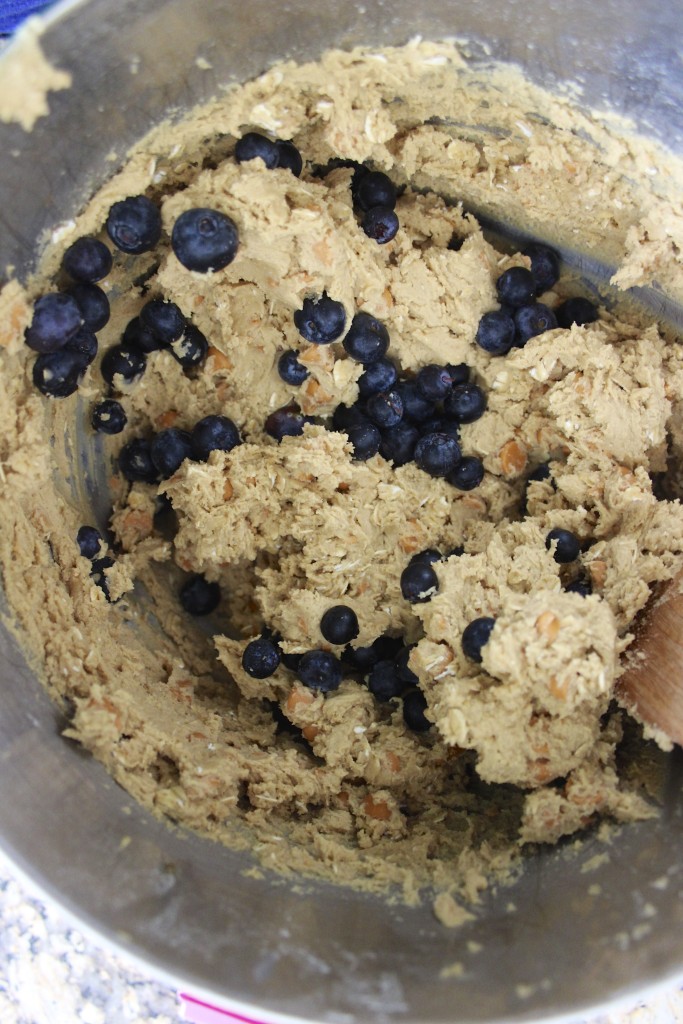 I baked these at 350 for about 45 minutes in an ungreased pan.  I started testing them 25 minutes in but the tester was not coming out clean.  Mine were cooked in a super small pan making them extra thick though- so best to check early depending on how thick you make them.  These bars came out perfect.  They were gigantic and chewy.  We like ours a little underdone which makes them a little softer in the center.  And you know the way blueberries burst open once they are baked? Oh that was the best part.  The butterscotch and blueberries were a great combination and the addition of the oats made this less like a brownie and more like a super sweet version of a blueberry muffin.  The best part was that my kids didn’t even realize the ice cream was missing 🙂 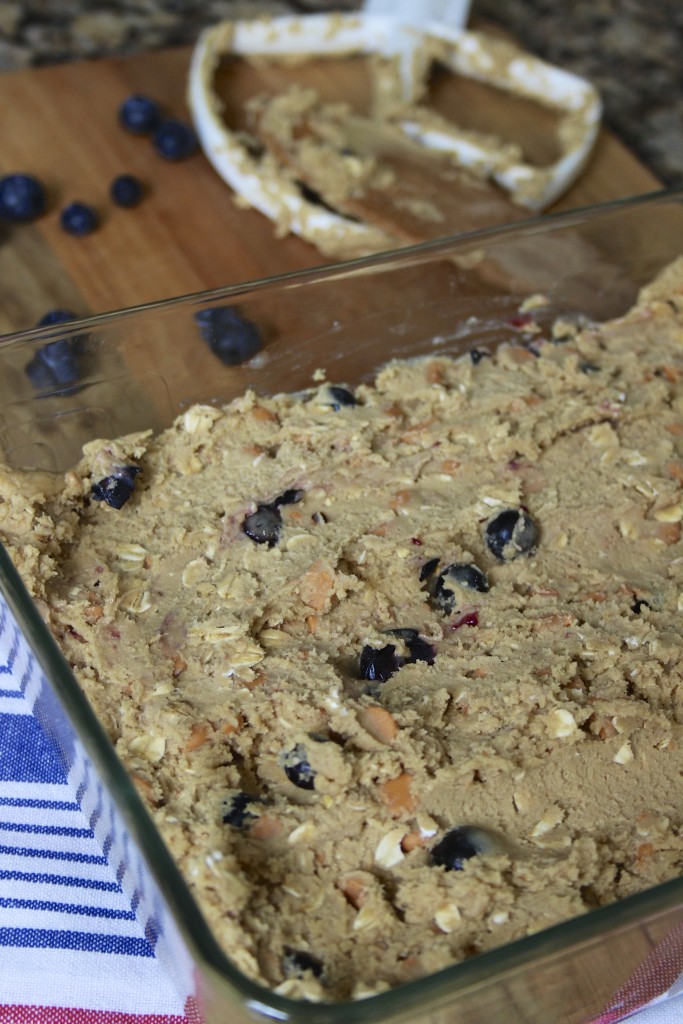 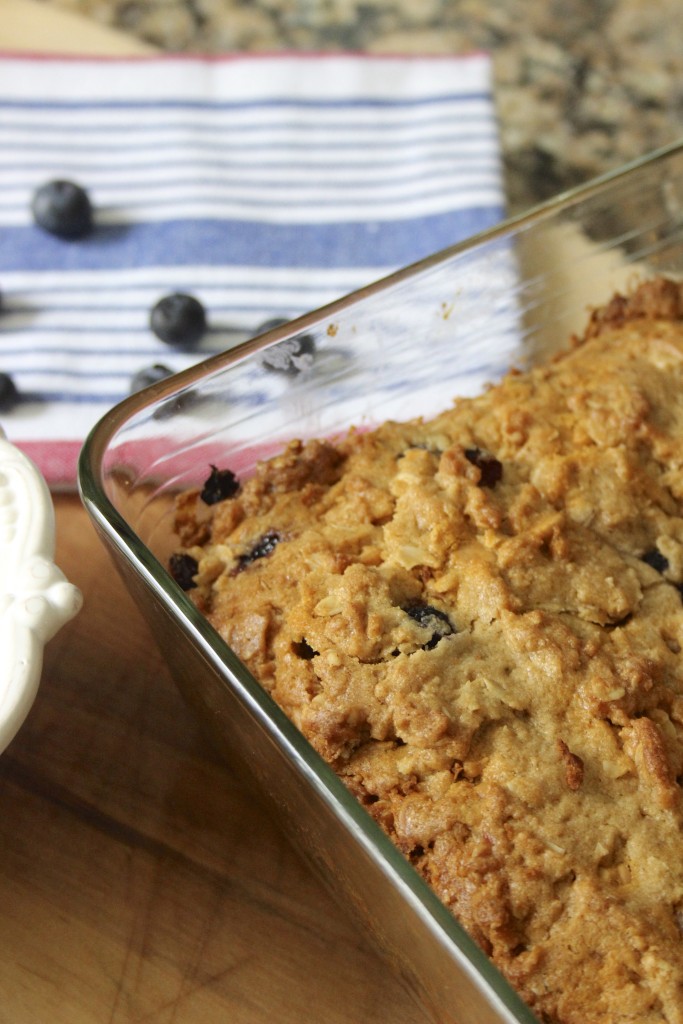 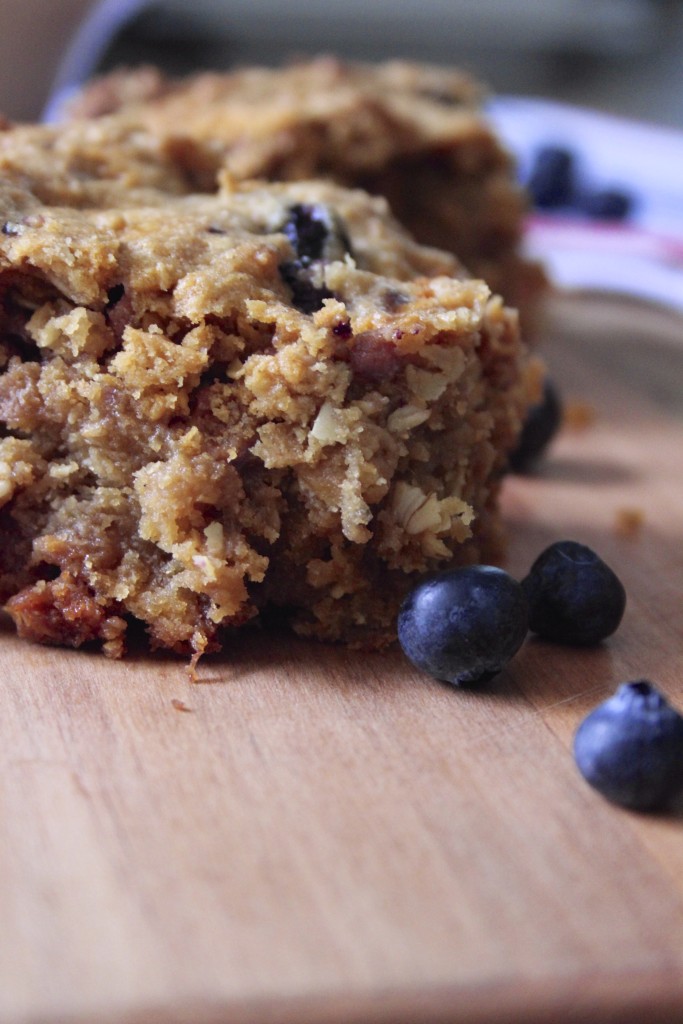 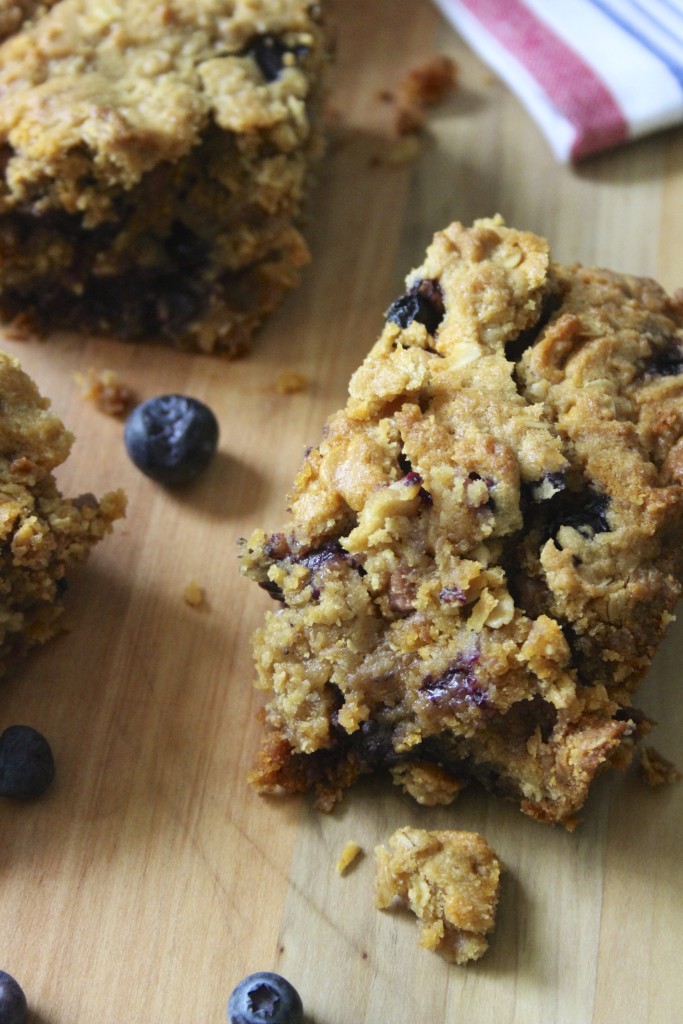 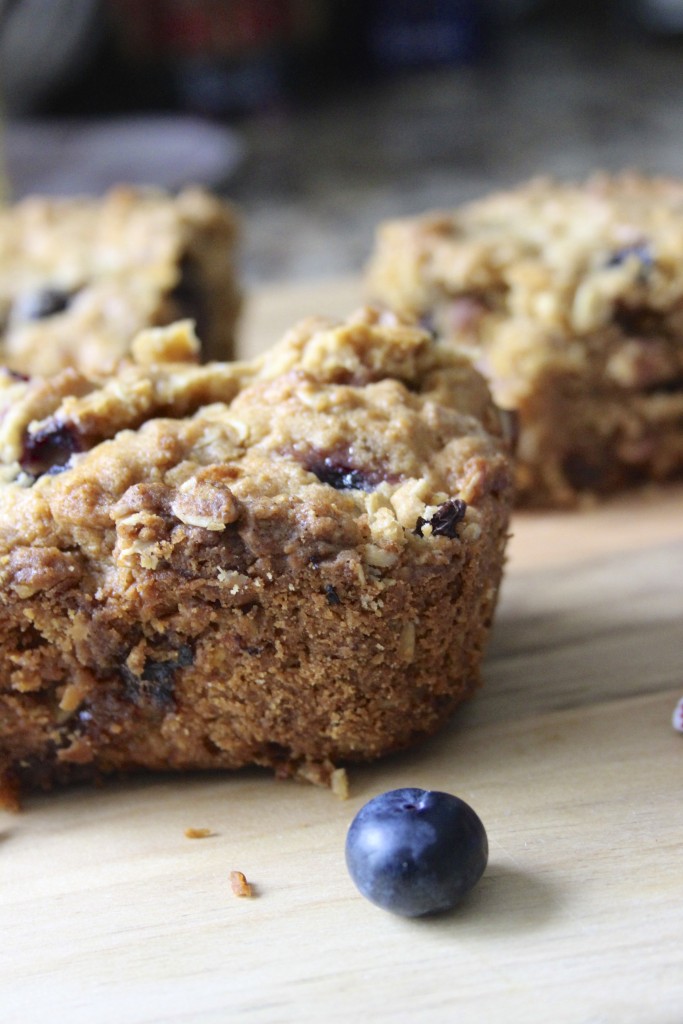 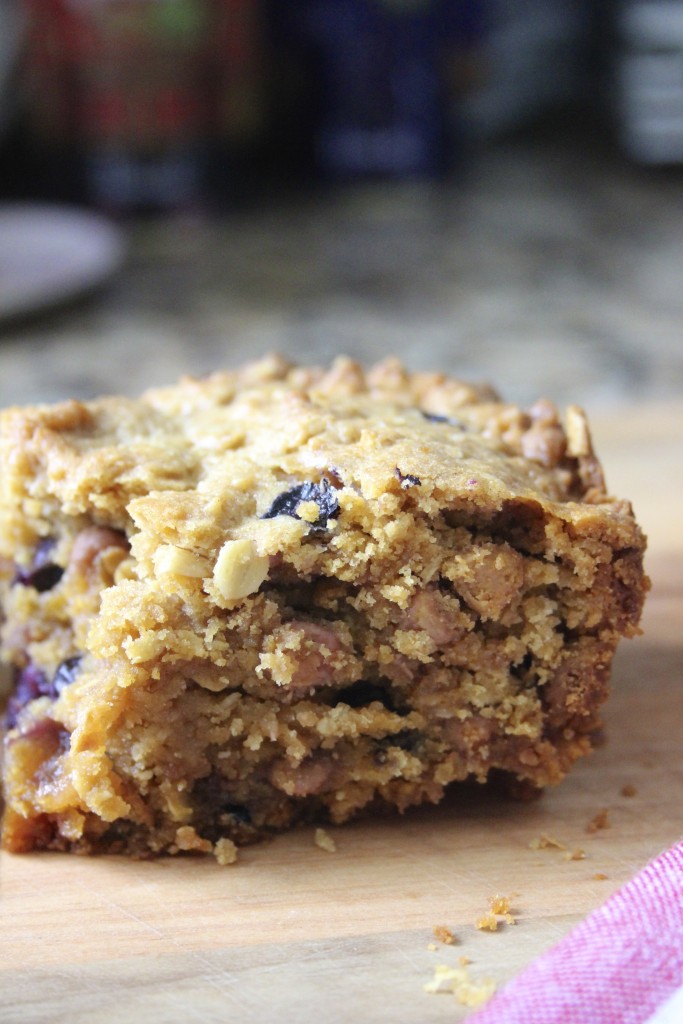 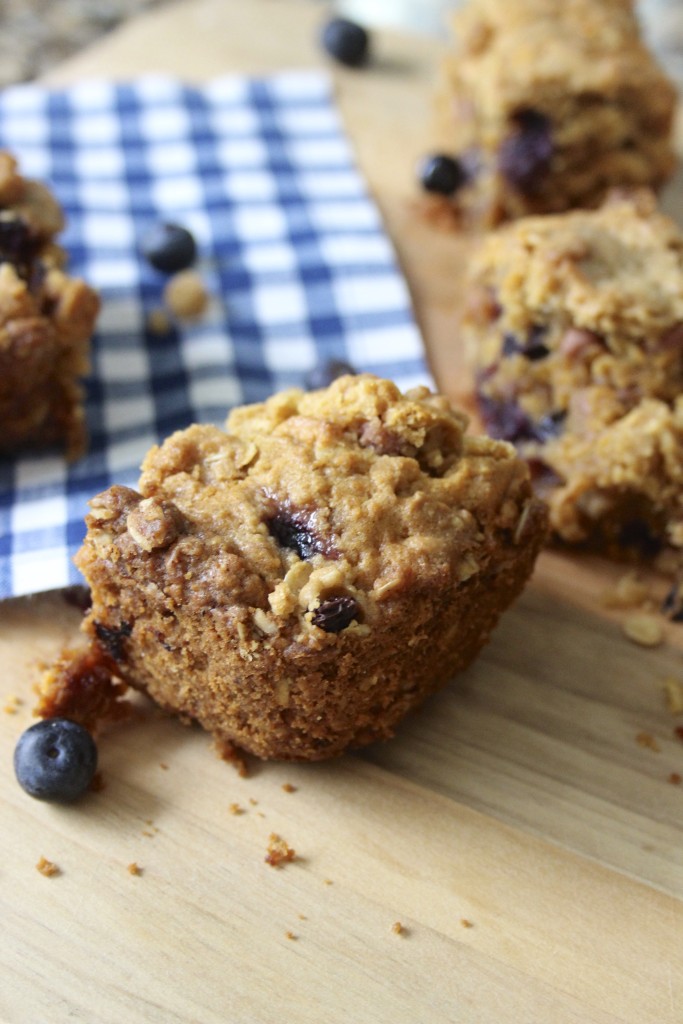