Some friends of ours were recently here visiting from Florida and stopped off to pick some blueberries at Windy Hill Farm in Great Barrington, Massachusetts.   They said it was really quite nice, so yesterday we ventured out to see for ourselves. 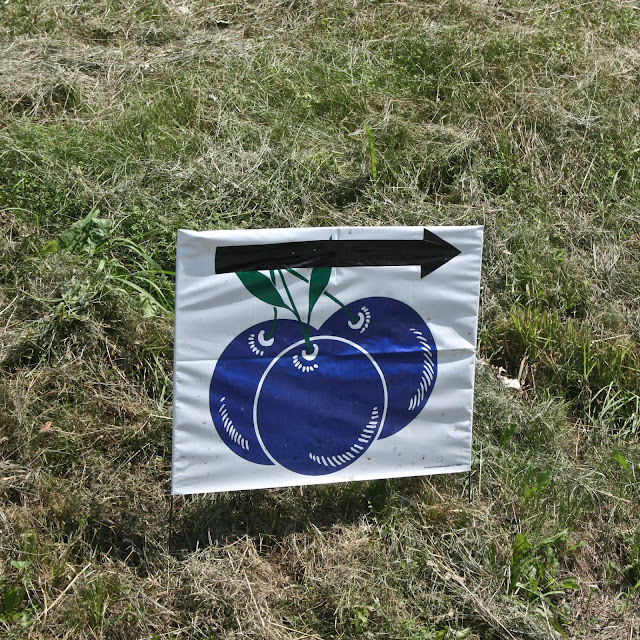 It isn’t called Windy Hill for nothing! It was a scorcher of a day and we climbed up the hill following the blueberry signs until we reached the top where, thankfully, they had a large water cooler waiting along with a breeze. 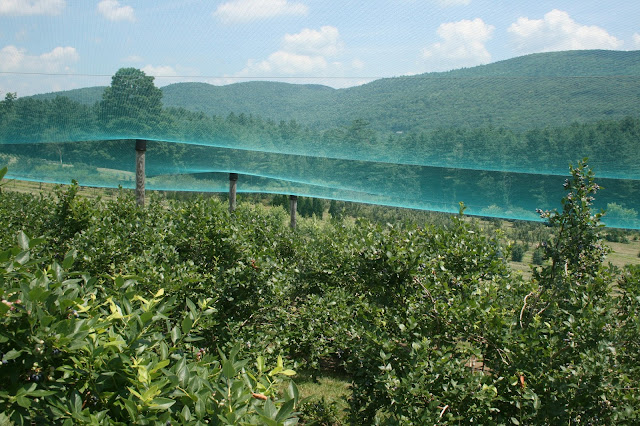 If you live in this area and are looking for an idyllic place to pick berries this is it.  The views were spectacular.  We went pretty early so it was not very crowded which made it quite quiet and serene. 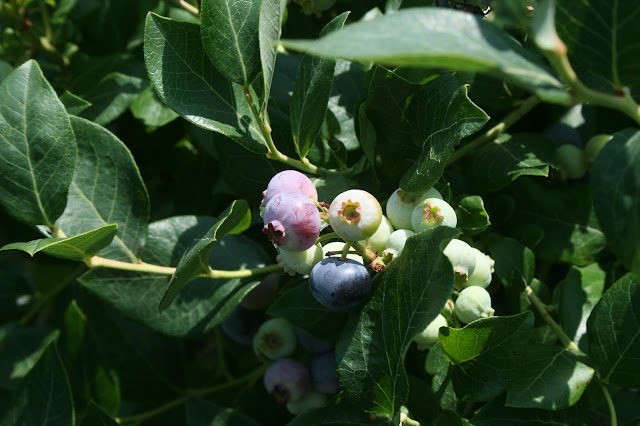 Most of the bushes had a mixture of ripe and unripe berries.  There were rows and rows of bushes to select from. 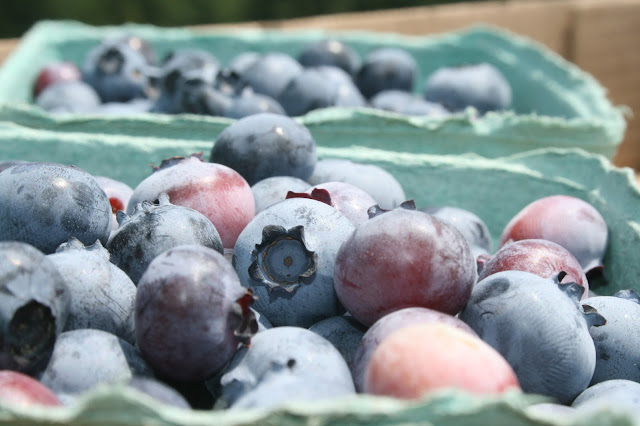 We only filled two cartons but could have stayed all day if it were not so hot. 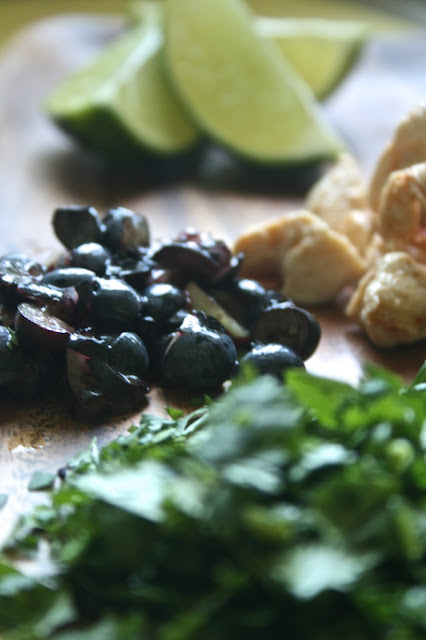 When we got home we decided to make a blueberry and cilantro chicken salad. 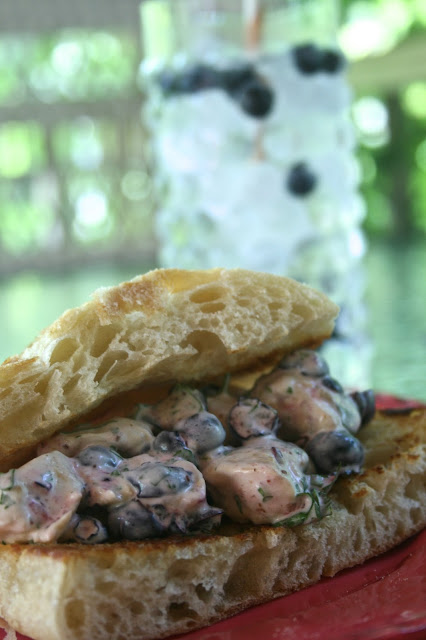 We took some leftover chili lime chicken and mixed it with a mayo/lime sauce (a squeeze of lime in our mayo along with a pinch of salt)…crushed up some blueberries and chopped some cilantro…mixed it all together and served it on toasted bread. 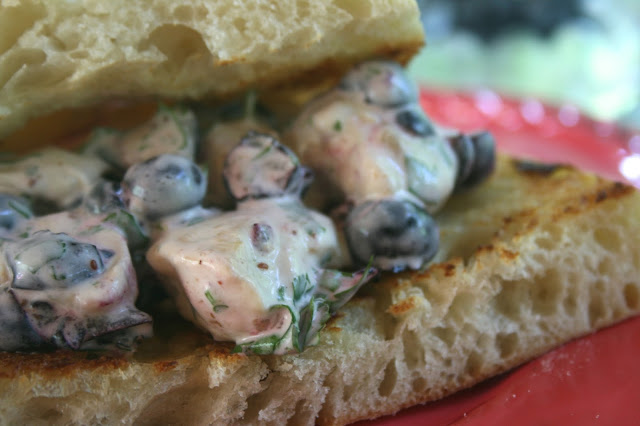 The blueberries, lime and cilantro worked very well together.  This sandwich was not necessarily light, but it was refreshing for a hot summer lunch.  We found it to be a good opportunity to use our blueberries in a more savory way since we are quite sure the rest will be used for desserts! 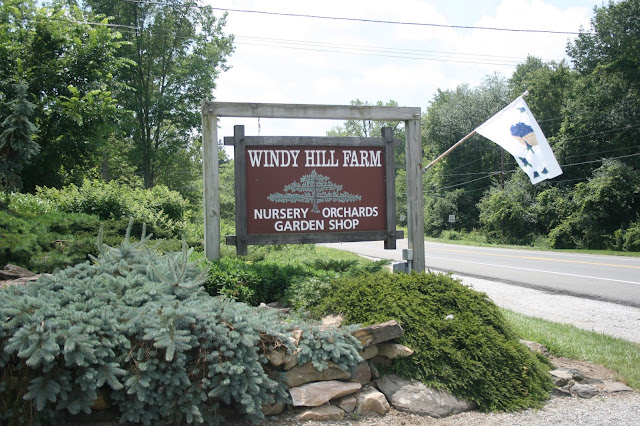 Windy Hill Farm is a great place to visit.  You can (as we did) pick your own, or if you just want to linger around they have some pre-picked blueberries available as well.  If you are in the market for flowers they have an incredible selection.  The entire place was just gorgeous and well worth the stop.
They are located at 686 Stockbridge Road in Great Barrington, Massachsuetts
http://www.windyhillfarminc.com/