The historic mention of a pineapple was given by Christopher Columbus and his crew, who, after reaching the island now known as Guadeloupe, collected the pineapple. They brought this succulent yellow fruit back to Europe in the 1490’s. Its spiky surface caused the Spanish to name it pina, after the pine cone.
The British also thought it had a similar look to a pine cone and so the name “pineapple” was born.
Braised pineapple with vanilla is a lovely dish that is simple and quick to make. 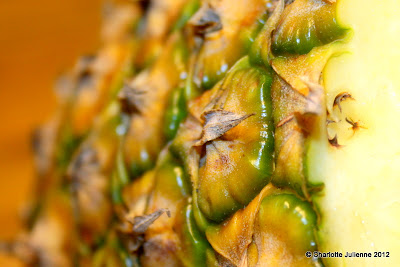 Slice the top and bottom off the pineapple. Then with a sharp knife remove all the outer skin. 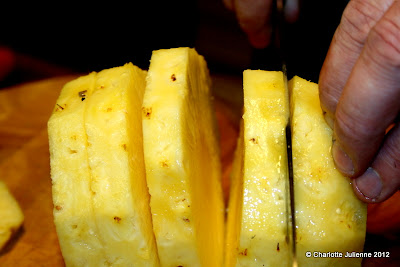 Slice the peeled pineapple into thick slices (about 2cm thick). 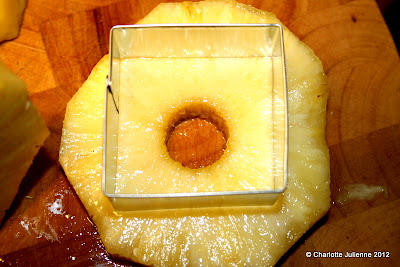 Remove the woody core then use a square cutter or a template to trim the pineapple. Keep the trim to make the sauce. 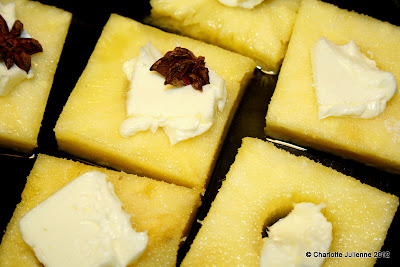 In a frying pan warm some water and a little sugar then heat gently until dissolved. Then add the pineapple squares, placing a little butter on each one. Then add one or two star anise.

Then add a little spiced rum and a teaspoon of vanilla paste. 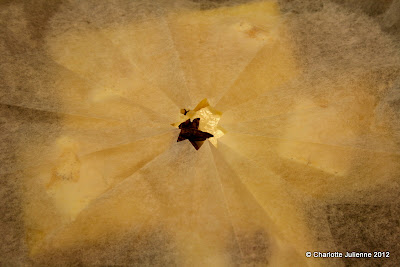 Cover with paper or a lid then braise over a low heat until tender. 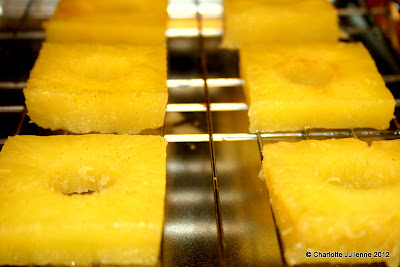 Remove the pineapple to a rack then add a little saffron (for color) to the braising liquid and reduce over a high heat until it thickens to a rich syrup. 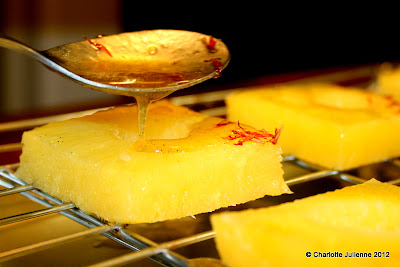 Spoon the thickened braising liquid over the pineapple.
The Sauce 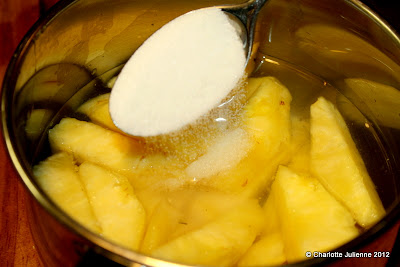 Place the pineapple trim in a saucepan the cover with water. Add a little sugar (you can always add more later). 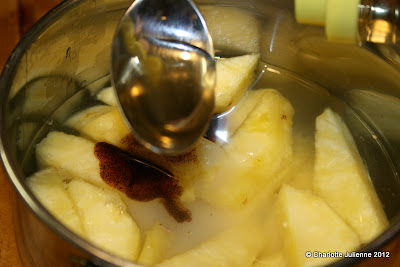 Add a teaspoon of vanilla bean paste (or scrape one bean). Then heat over a medium heat until the pineapple becomes very soft. 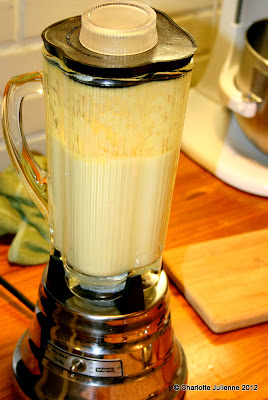 Pour into your blender and whizz until it reaches a very smooth consistency. 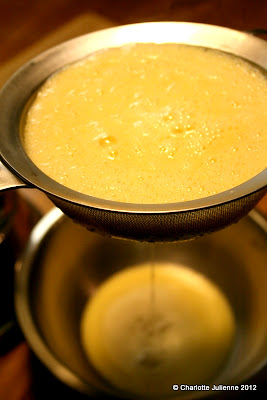 Pass through a fine sieve and allow to cool. 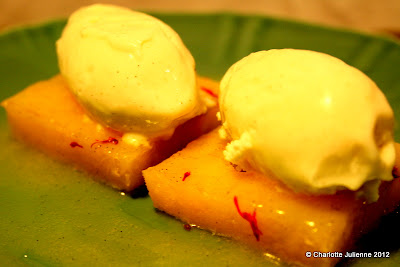 To serve, pour the sauce over the pineapple and add a little vanilla bean ice cream.