Tomorrow England plays Italy in the World Cup 2014 in Brazil.  While there has been a lot of controversy surrounding these World Cup games, we decided to focus on the amazing foods of Brazil and were looking for something fun, easy and sweet to serve at our World Cup celebration.  I recalled a few years back a former Brazilian student of mine who made Brigadeiros for a Chocolate Festival we were having as a fundraiser.  They were decadent and delicious.  I found an easy recipe from a magazine article I had cut out years ago and got to work.  From what I read Brazilian desserts are often named after famous people.  Brigadier Eduardo Gomes was a Brazilian Air Force commander who (according to legend) loved chocolate.  Much like a pavlova is named after Anna Pavlova, this dessert is named after him. 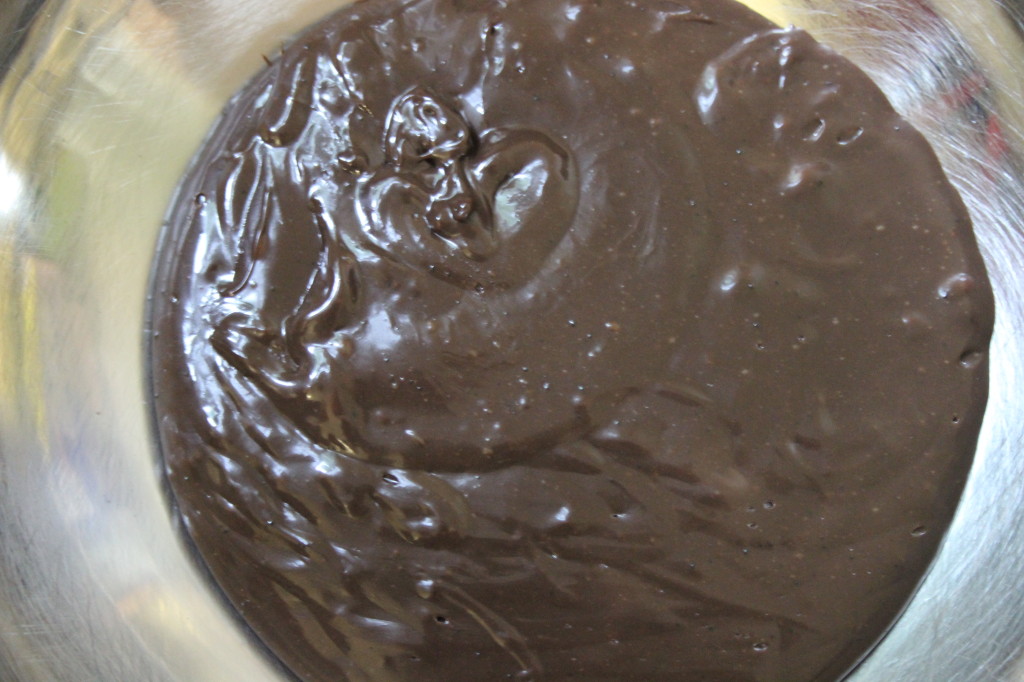 1 14 oz. can of sweetened condensed milk

I began by putting the condensed milk, butter, cream and corn syrup in a heavy saucepan and brought to a boil over medium heat.  It is important to whisk this mixture constantly.  No easy task after the first three minutes. When it was boiling I added the chocolate and cocoa powder and continued to whisk until it came back to a boil.  Once boiling (again) the heat was turned to low and I cooked, whisking constantly until the mixture became thick and pulled together in a dense fudge batter.  This took about ten minutes.  The mixture should pull away from the bottom of the pan a little.  This is the clue that it is done.  Your arm will be the second clue…mine was killing me! When the pan was turned the mixture slid out and was put into a bowl.  It is important not to scrape the bottom of the pan but just take what slides out.  This mixture was allowed to cool completely to room temperature and then placed (uncovered) in the fridge for about four hours. 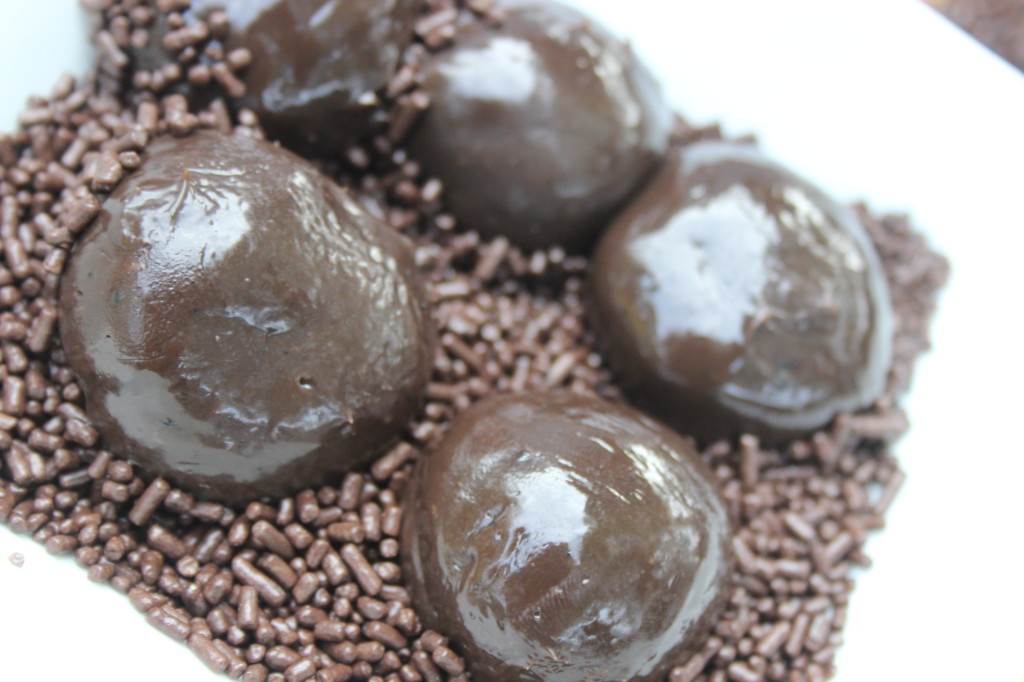 The chocolate sprinkles were put into a dish and the chocolate mixture was then scooped out with a melon scooper and formed into balls.  The balls were placed in the bowl and using my hands I rolled them gently through the sprinkles.  Be prepared to get messy!

I put mine in little paper wrappers and then placed them in an airtight container and back into the fridge.  We will pull them out tomorrow and let them come to room temperature before serving them for our World Cup celebration.  Let’s go England! 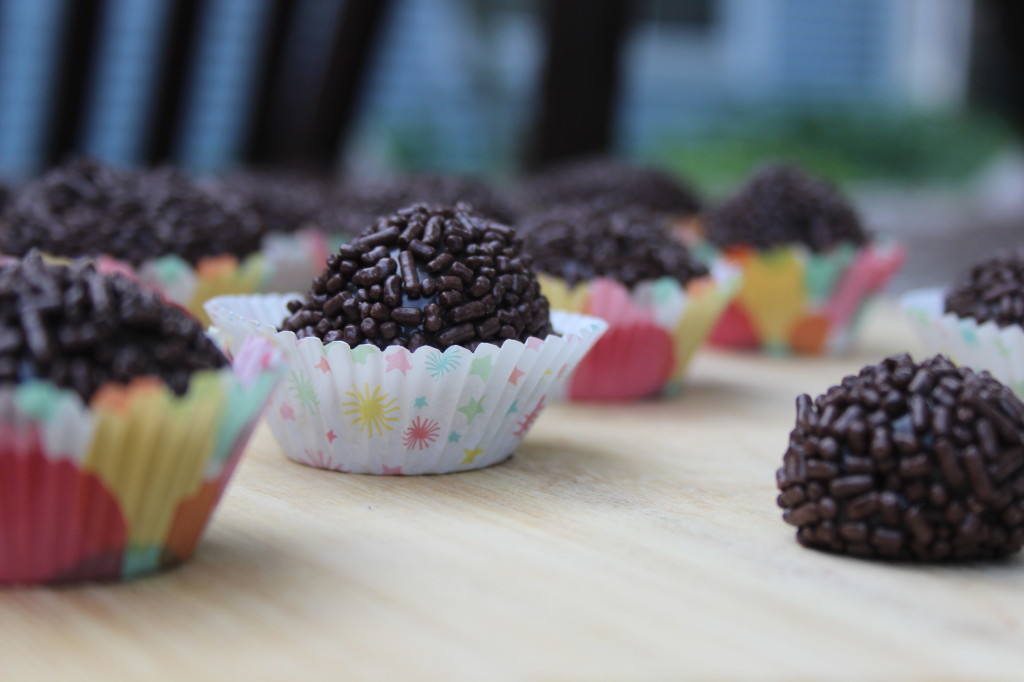 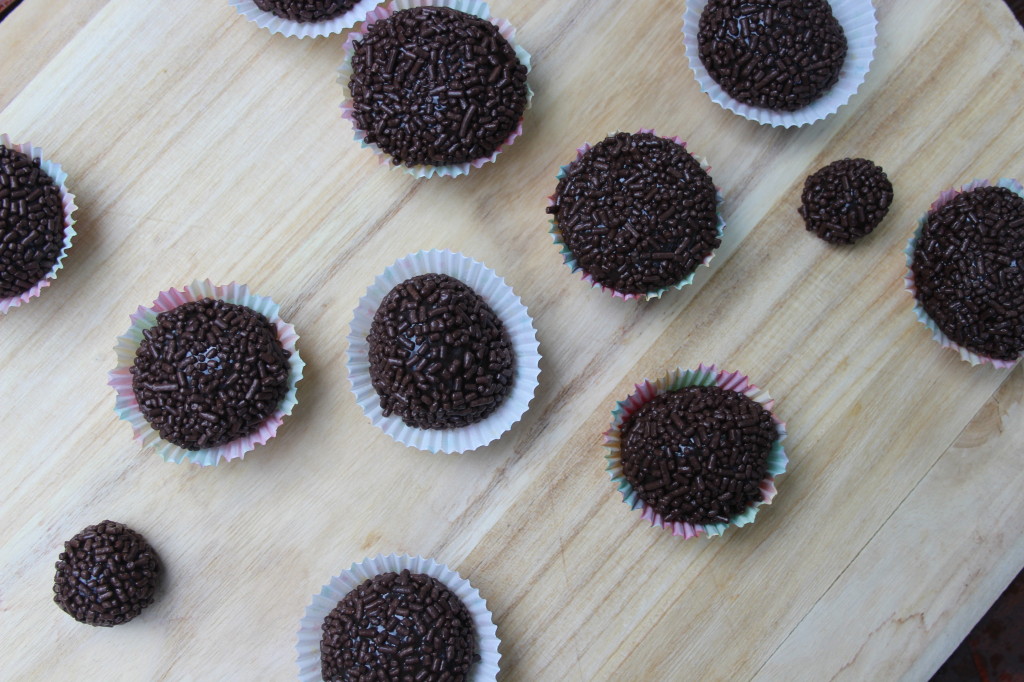 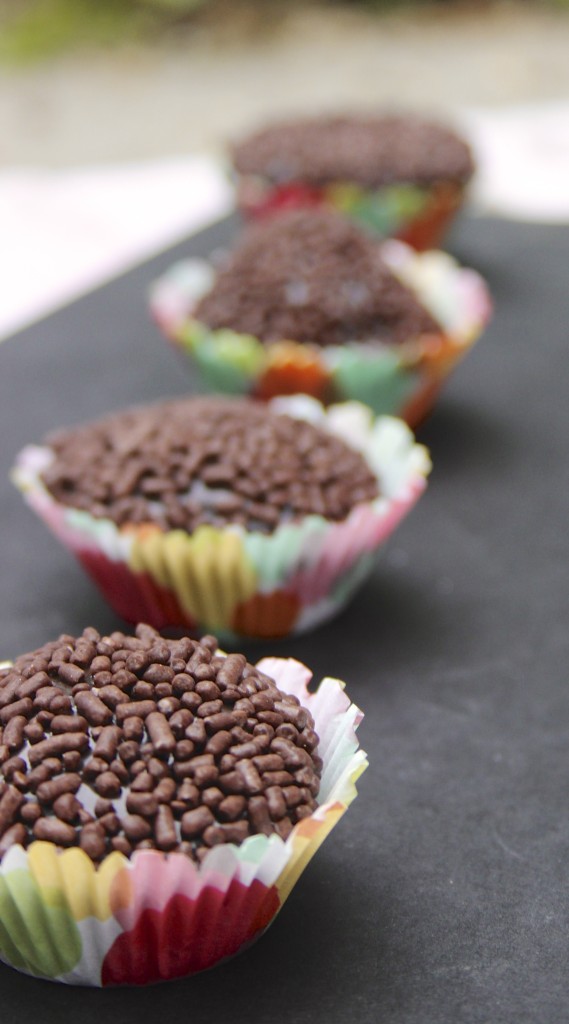 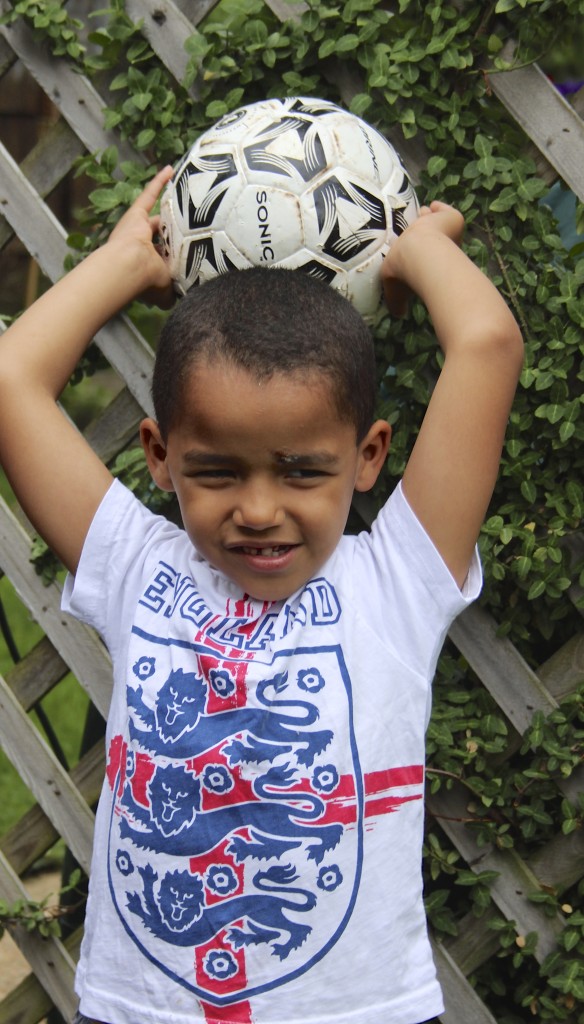