We are a little addicted to waffles here.  Ever since I decided to pull out the twenty year old waffle maker that had only been used about twice…let’s just say it lives on the counter now.  Well…if you know me you know that isn’t true.  It lives very close to the counter where I can pull it out on a moments notice.  First born Virgos don’t like much on the counter.  We were given a box of brownie mix not so long ago and I googled brownie mix hacks.  The first thing that popped up was a brownie waffle.  What could be better than a brownie that is also a waffle?! You can, apparently, use your waffle maker to make all sorts of foods…only faster.  Much faster.  These brownie waffles cooked up in about four minutes.  We made the mix according to the package but added one extra egg.  I read a lot of brownie waffle recipes once we decided to make these.  Some said omit the oil.  Some said omit the water.  Most all said add an extra egg.  So we went with the additional egg and left the rest alone.  The batter was poured into the waffle maker which was on a medium setting.  We sprayed that waffle maker in between each brownie to assure they would remove easily.  They cooked for about four minutes.  As they cooled they became crispy.  They made four large round waffles.  We topped ours with cinnamon whipped cream which we let our six year old make.  That was, perhaps, the best part of this waffle journey.  He was amazed when the cream turned into a solid form.  And he was very proud to tell his sister he made the whipped cream himself.  These are the moments…right?  I’d recommend eating the brownie waffles immediately (not that you will be able to help yourself…) they seem to only get harder the longer they sit. 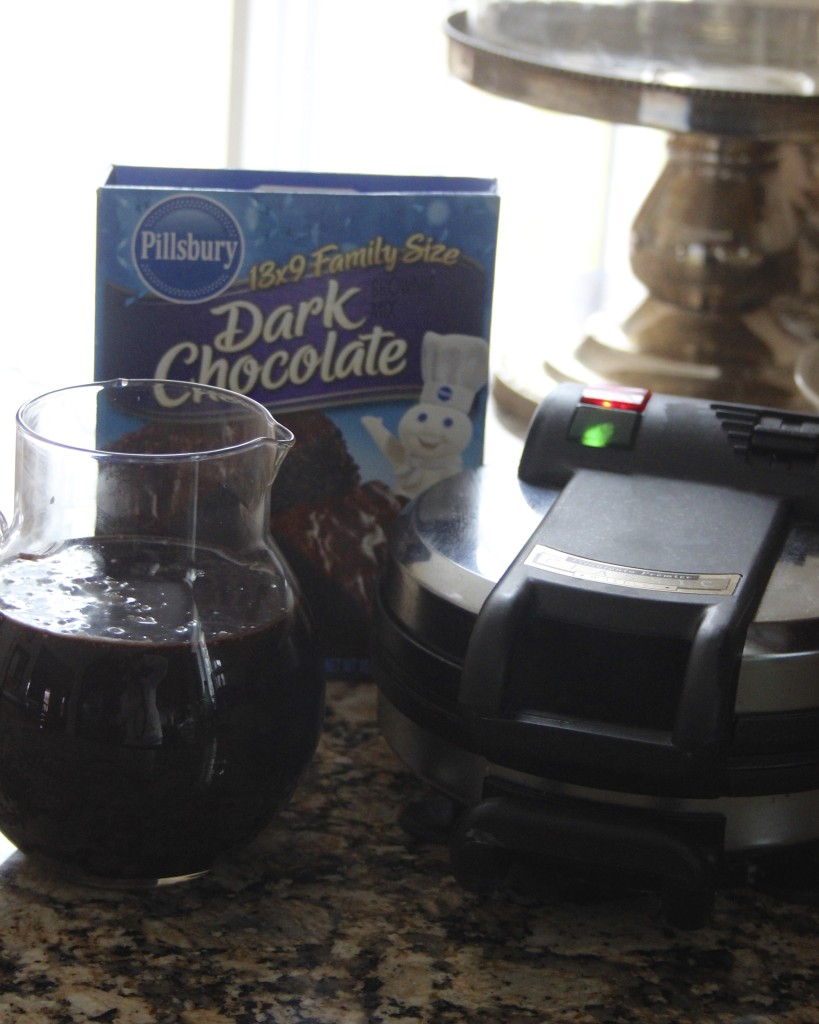 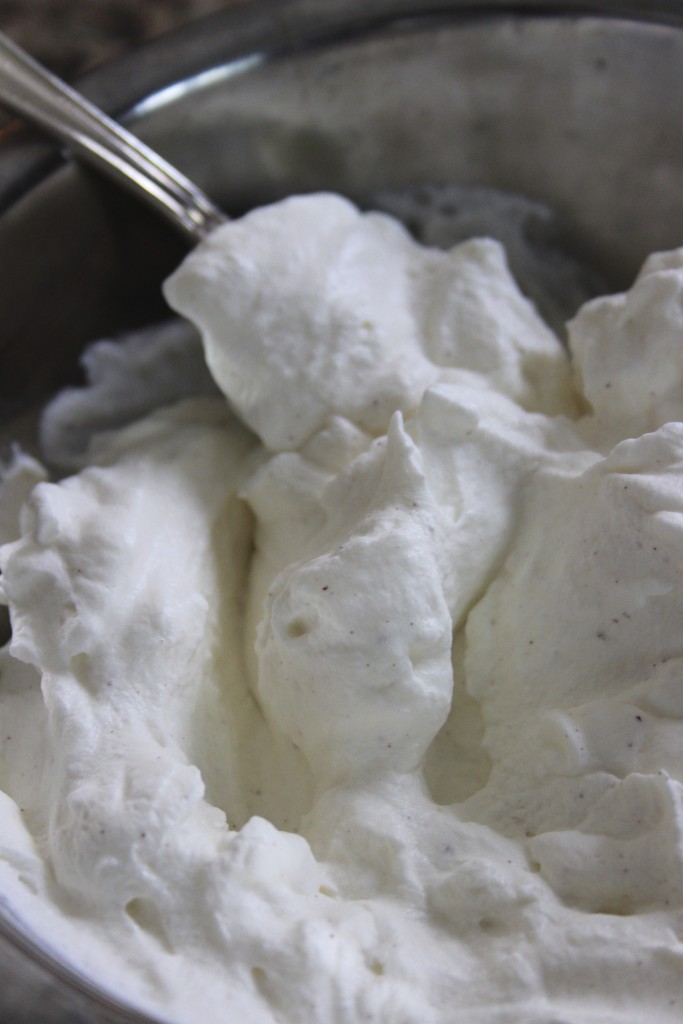 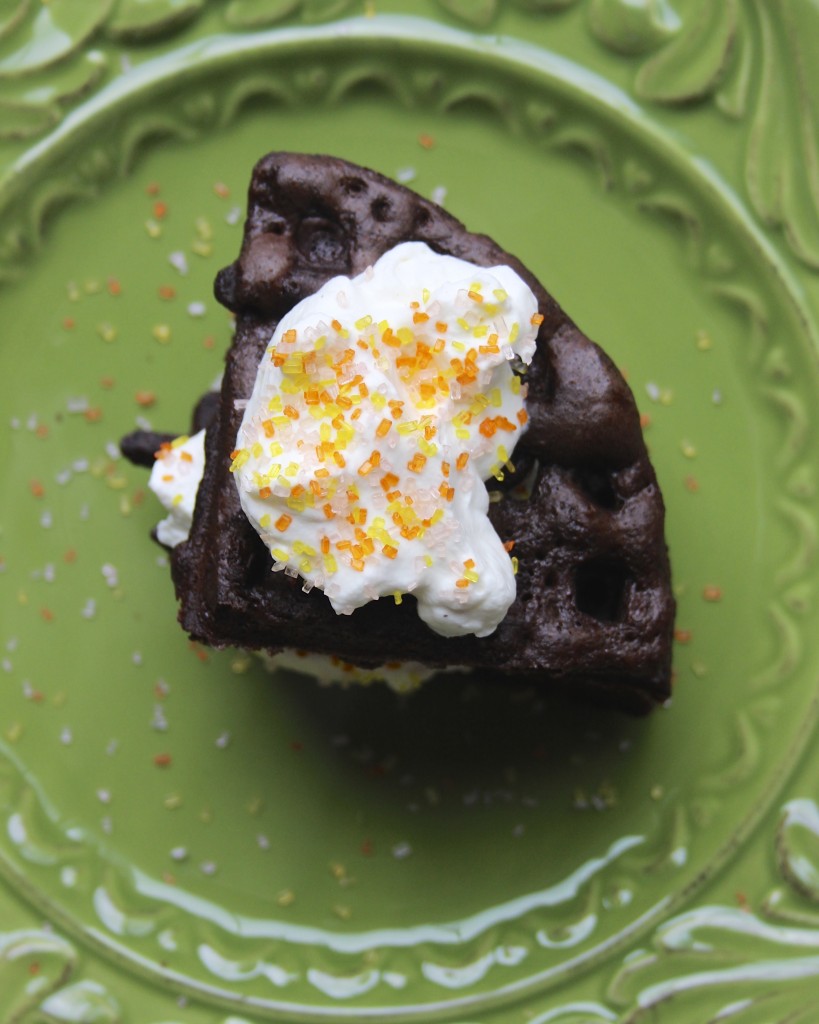 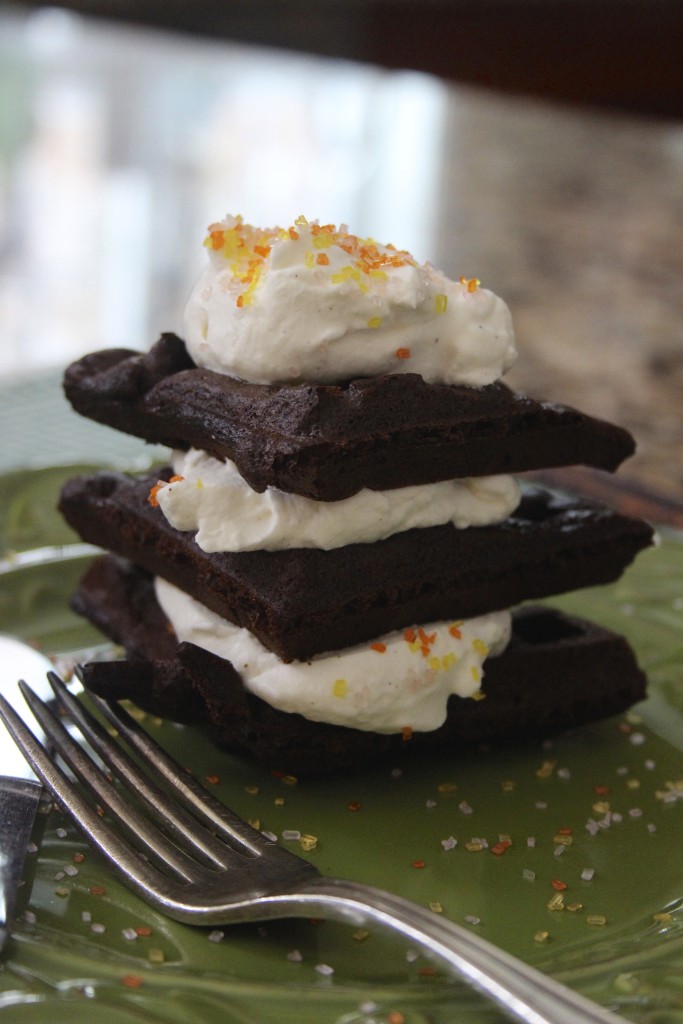