Summer vacation has caught up with us.  We woke up exhausted.  EXHAUSTED.  It was one of those days where the kids got to stay in their jammies all day (and by that I mean they will go to sleep in the same pair tonight…) and we did not leave the house once.  Rare for us- but where we live now- in this touristy town- we are learning it is often much (MUCH) better to stay home on Saturdays…unless of course you don’t mind sitting in long lines of traffic.  The only healthy meal we consumed was the 2 gram of sugar cereal we ate for breakfast and maybe the peas that I put in the Star Wars Mac & Cheese I was convinced to purchase at the market last week just as a major tantrum was about to strike...(it was truly just easier to buy it.  I have turned into THAT parent.) We watched movies and napped on the couch.  And then we realized we needed dessert.  Something really yummy.  Brownies seemed easy.  But not just brownies.  They needed something extra.  The kids begged for marshmallow topping.  I knew we could do better.  And since I’m trying (desperately) to turn them into sweet and savory combination eaters (so I won’t be the only one in the house) I thought what better to top them with than something savory.  And crunchy.  And salty.  Oh sweet & salty…could it be any better? Not to me.  When I opened the cupboard the Panko stood there right in front of me.  Perfect.  It became the star of this brownie story.  I don’t know why I never thought of it before.  Sooooo good.  The crunch.  Oh man.  Delightful.  And easy.

The Panko was tossed in a bowl with some vanilla sea salt and mixed with about two tablespoons of olive oil before it was gently sautéed until crispy and golden.  It was set aside to cool.  Knowing that you can never really have enough crunch, I also chopped up some lightly salted cashews and mixed them with mini chips.  When the brownies were five minutes from being done I removed them from the oven- smeared them with Nutella and topped them with the cashew mix before loading them up with the Panko and popping them back in the oven for five-ten minutes.  The extra time melted the Nutella and mini chips and sort of melded the entire thing together.  I am not going to lie- at this point the kids were begging to let me eat them straight away.  I made them wait.  These brownies were going to be much better cooled when the crunch could really be savored.

This vanilla sea salt Panko is amazing.  AMAZING.  It is even better than the crushed up potato chips parents used to put on casseroles in the 70’s.  Same direction though.  Combined with the chocolate from the brownies you get gooey, sweet, crunchy, salty in rapid fire order.  I’ll have to try hard to stop myself from eating the rest of the pan tonight once I get these little munchkins to bed. 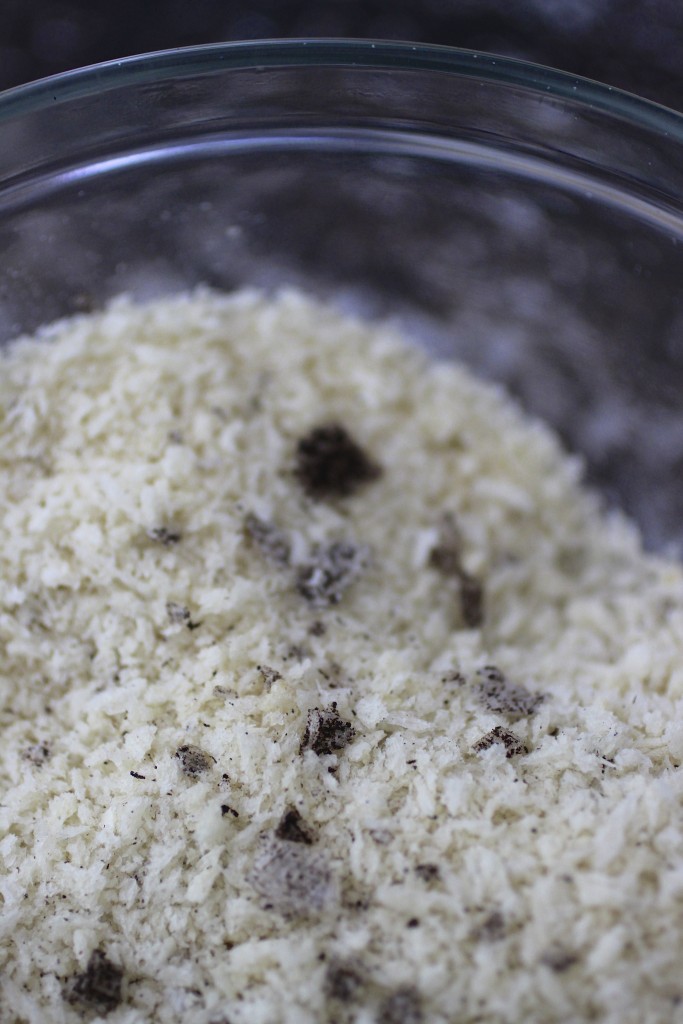 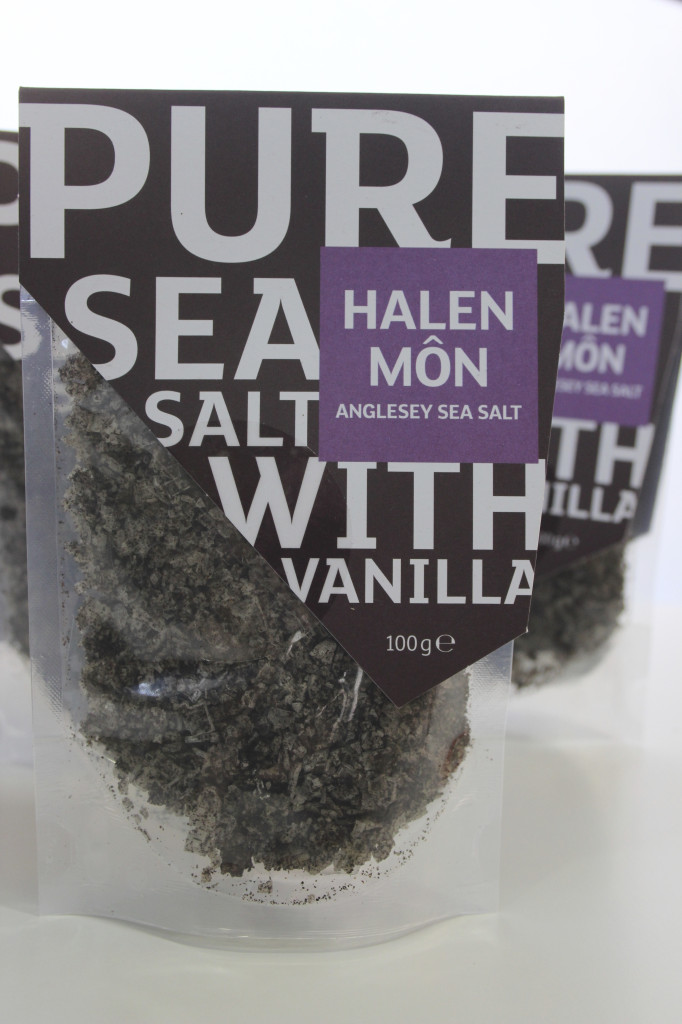 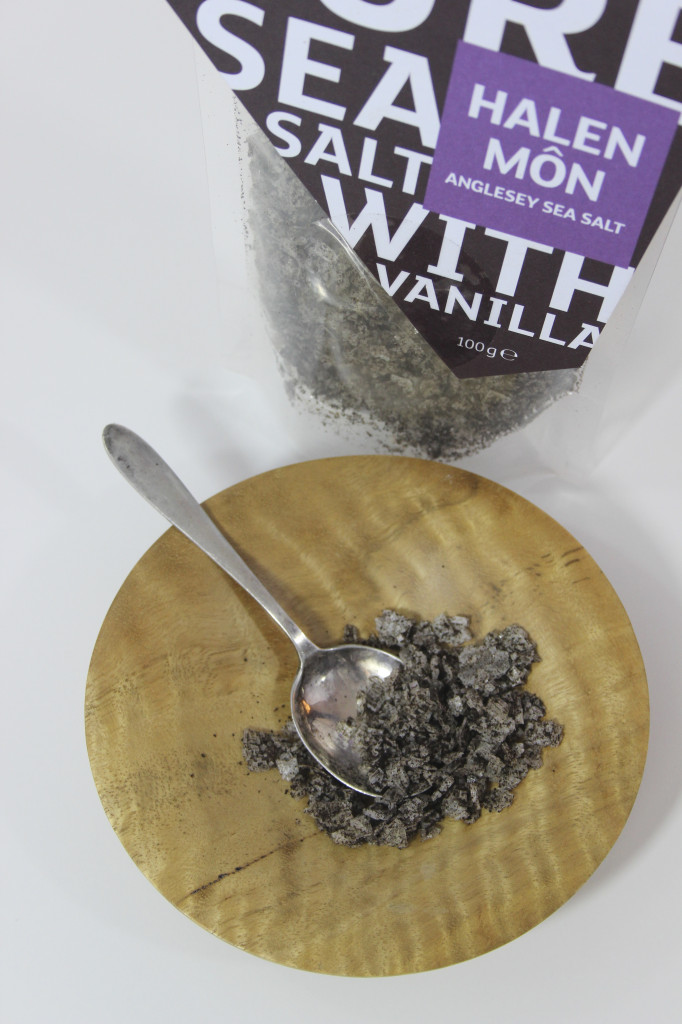 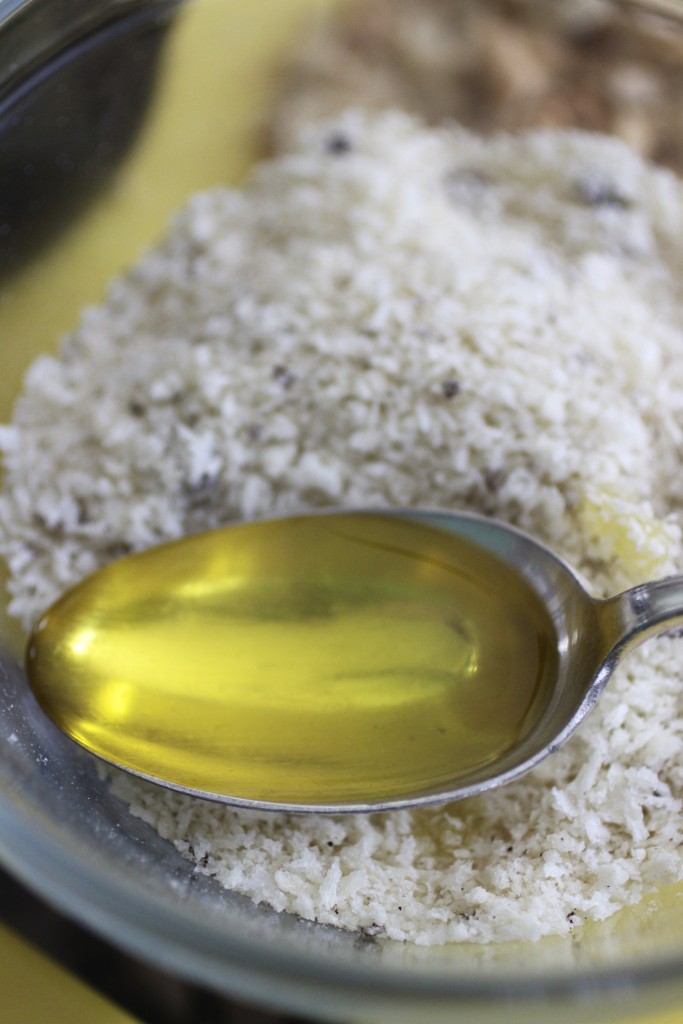 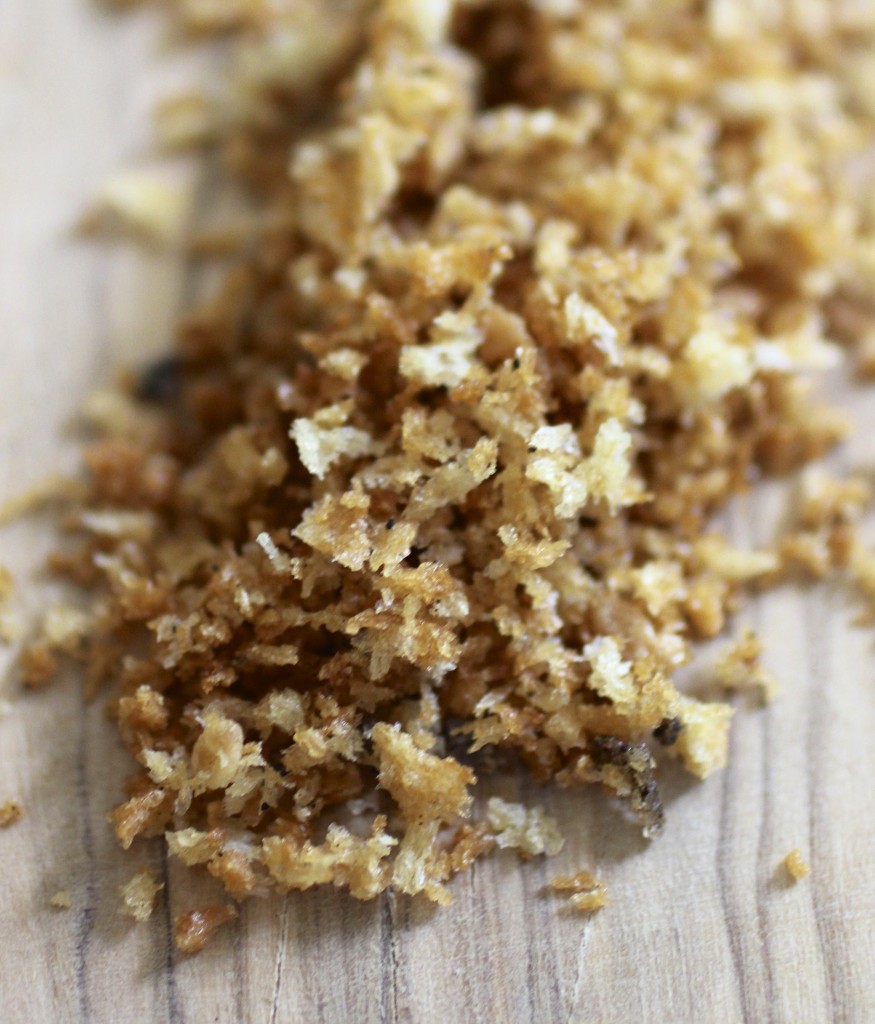 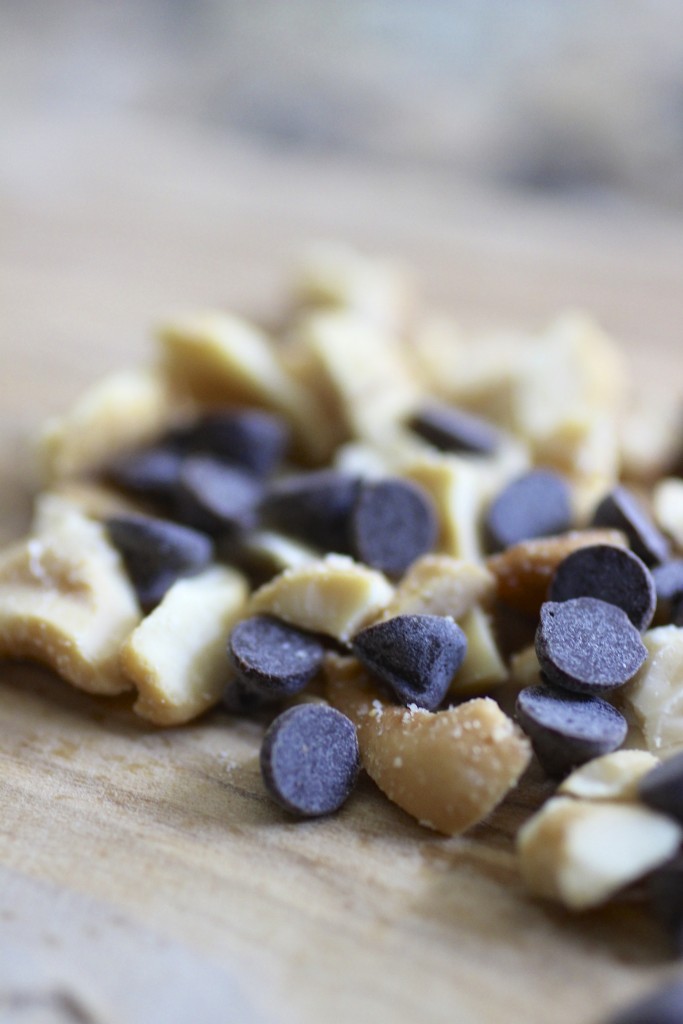 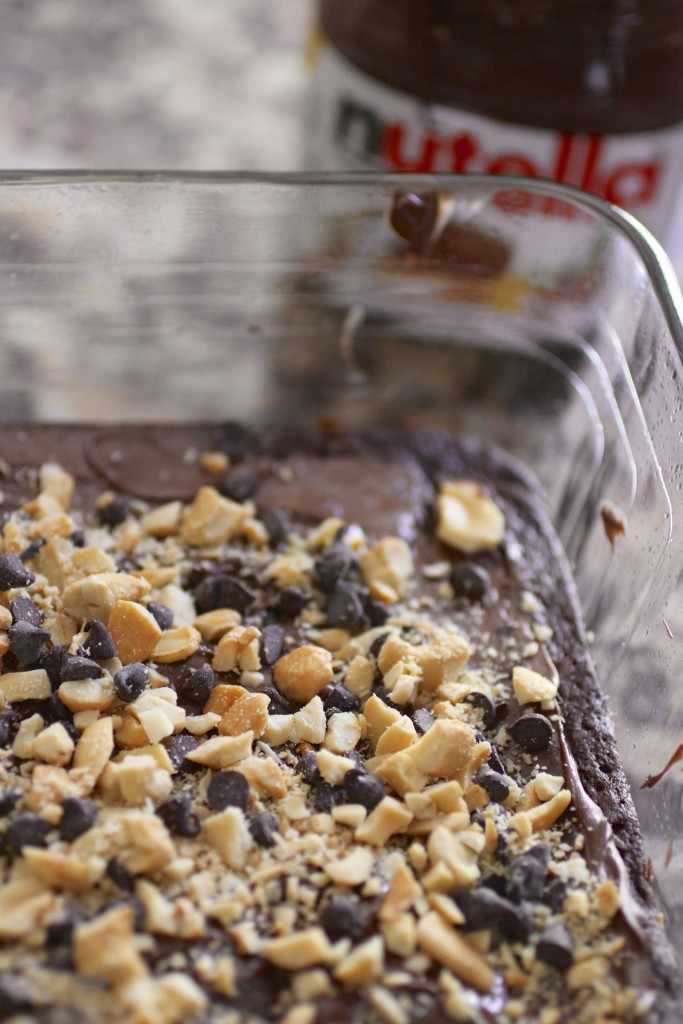 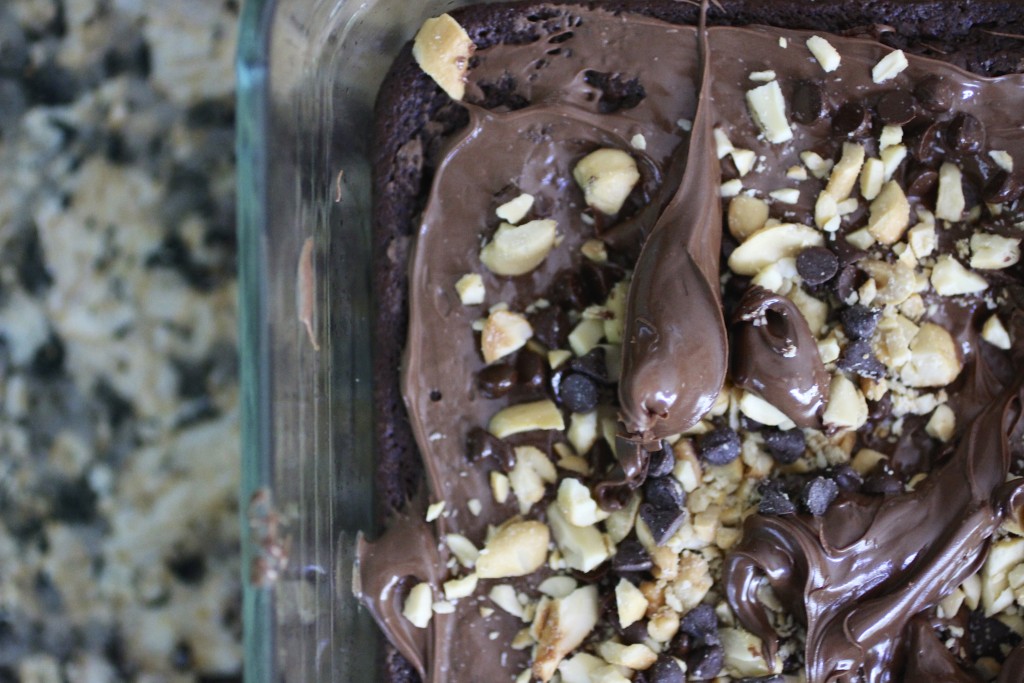 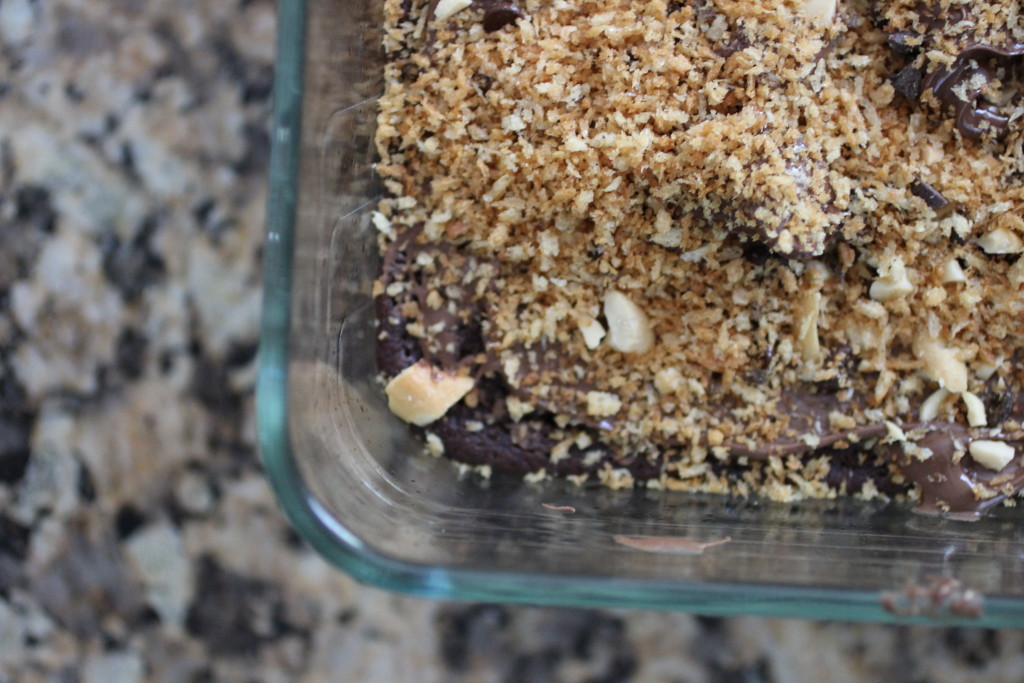 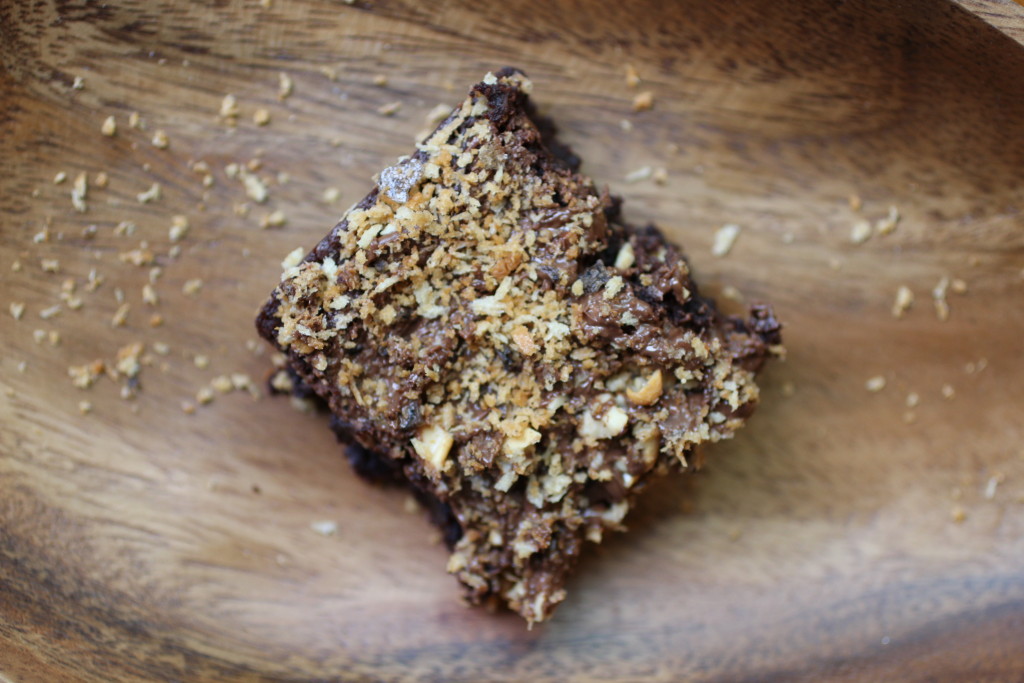 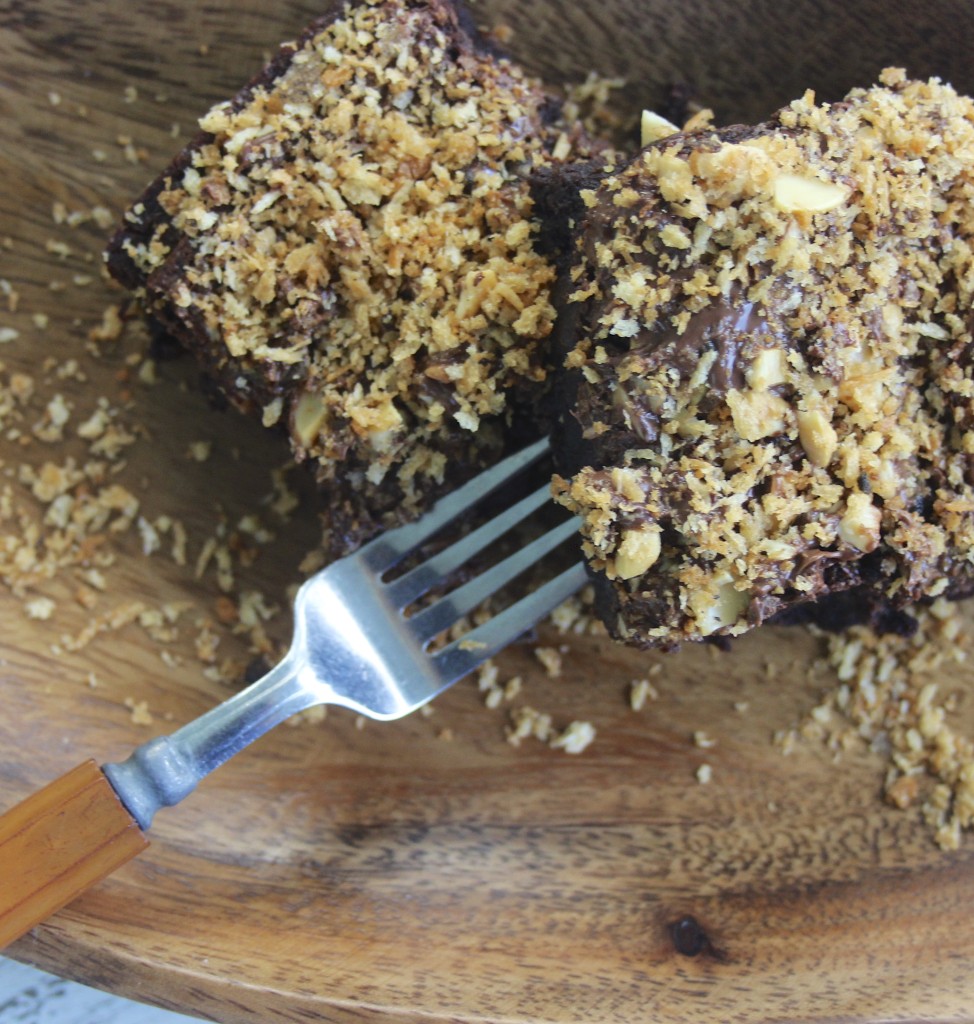 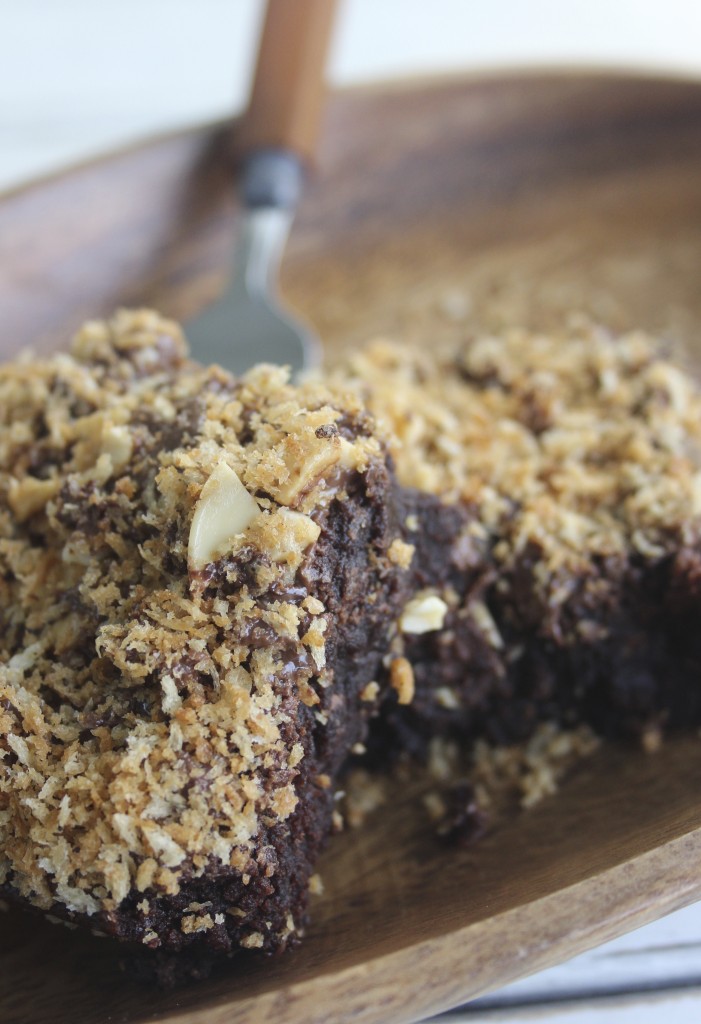 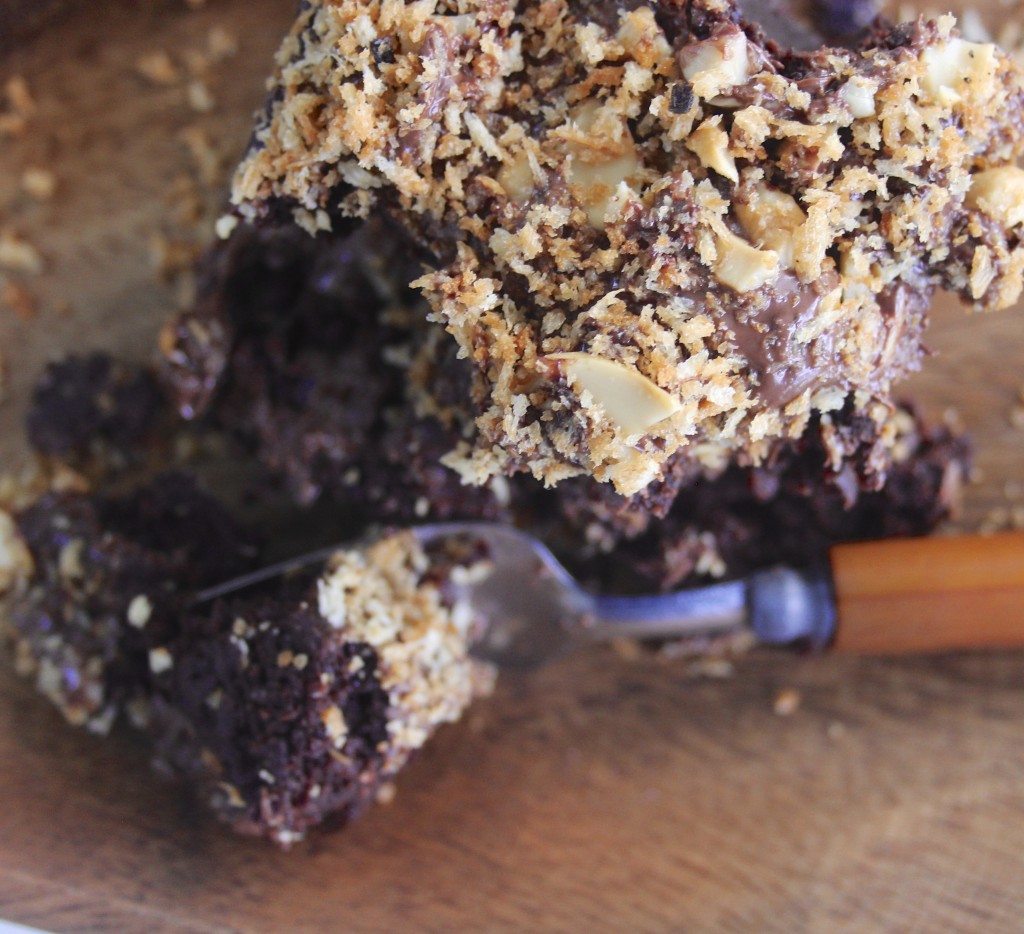