Nine years ago the company I was dancing with was performing in Wyoming.  Not a big deal, but we were based in Massachusetts and needed to get there.  Opting to drive, one of my best friends and I decided to make a little vacation out of the trip.  We drove along the northern part of the United States going through New York, Pennsylvania, Ohio, Indiana, Illinois, Wisconsin, Minnesota, South Dakota until reaching our long awaited destination in Wyoming.
Our favorite stops were in South Dakota where we went to Mount Rushmore, Badlands National Park and Custer State Park which is home to over 1500 bison.  Seeing these large creatures surround our car as they crossed the road is an image I will never forget.  I don’t remember eating bison on our trip out west, but then again I was a far less adventurous eater then…not that one needs to be particularly adventurous to eat bison! 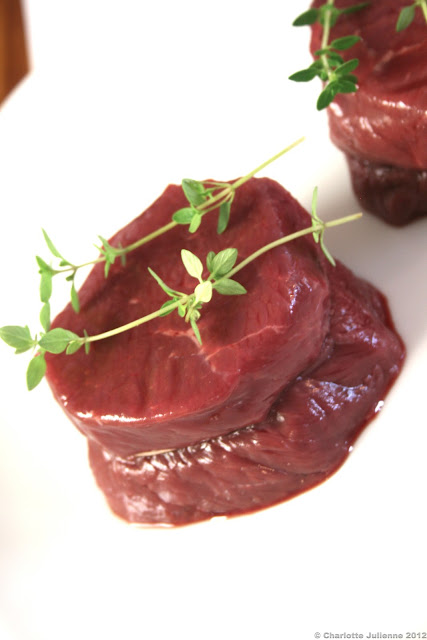 When we were in the market last week we noticed some pre-packaged Canadian Buffalo meat.  It is much more likely that what we actually purchased was bison meat, not buffalo meat, however, the jury is out on this one.  Tomato…Tomato….Potato…Potato….Buffalo….Bison?!
In any event it was very lean and delicious and so easy to cook.  We seasoned it with salt and pepper and seared it over a high heat for about six to seven minutes total.  While it was resting we prepared the rest of the meal. 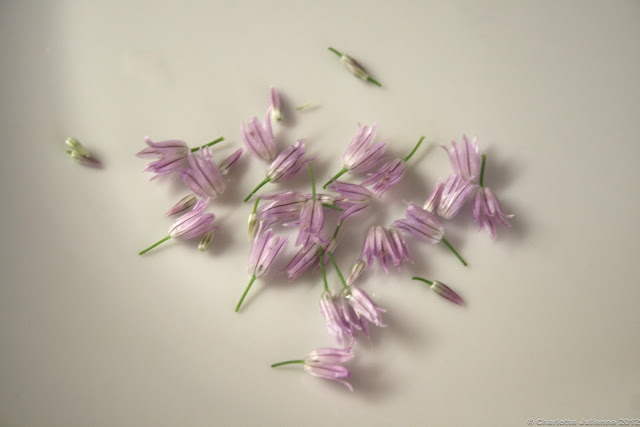 We plucked some chive flowers off of one of our chive plants and decided to use them for garnish.  While they provide a lovely color and delicate texture, they are quite potent so go sparingly. 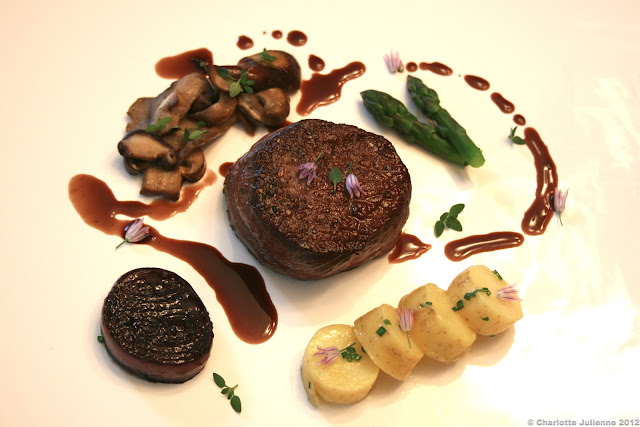 We also served our meat with new potatoes and a braised shallot.  We began by cooking the potatoes whole and then we sliced them into thick medallions.  They were sweet and creamy and had a flavor that screamed of springtime in New England.  There was no starchiness just a completely lovely flavor.
The shallot was sliced thick and placed in a small sauce pan to which an ounce of Cassis was added along with a bay leaf, salt and pepper and red wine until the shallot was just covered.  We cooked this over a low heat until tender.  The residual liquid can be added to a jus – in our case we used a veal stock that we had frozen earlier in the year.  (Veal stock, beef stock, tarragon, mustard and the residual liquid of the braised shallot). 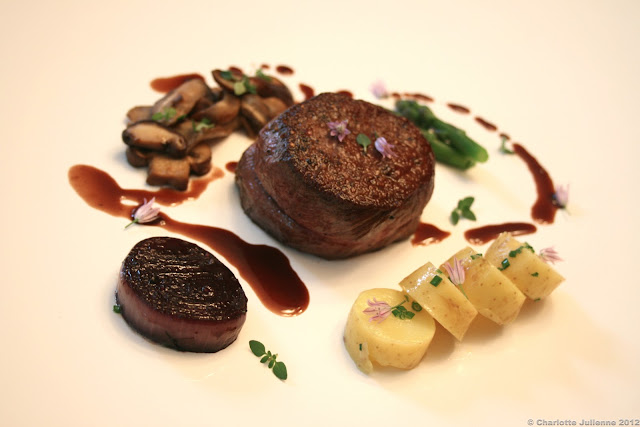