Since our arrival in The Berkshires this past spring we have heard a lot of chatter about cafe ADAM in Great Barrington.  Five months later we finally made our way there. 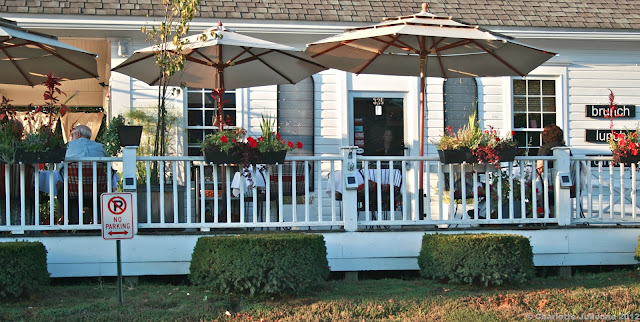 Arriving around 6:30 on a Wednesday night we were not expecting it to be busy, and in fact when we first arrived it wasn’t.  Within an hour though it was bustling. 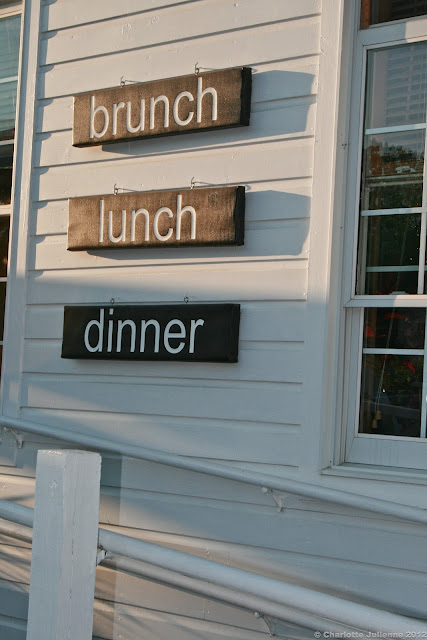 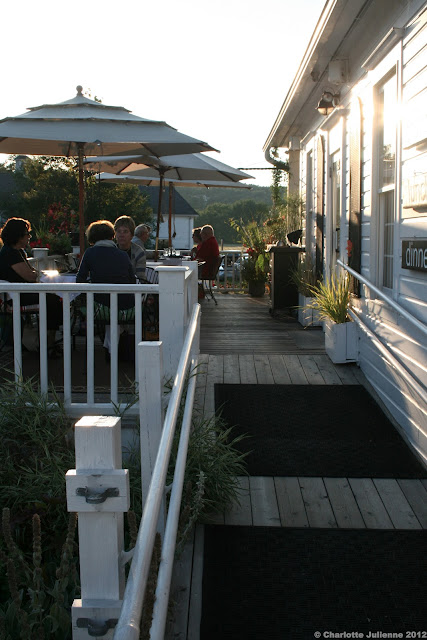 We opted to sit inside although the outdoor space seemed very well used and comfortable.   You can’t tell from this photograph but the porch wraps all the way around the other side. 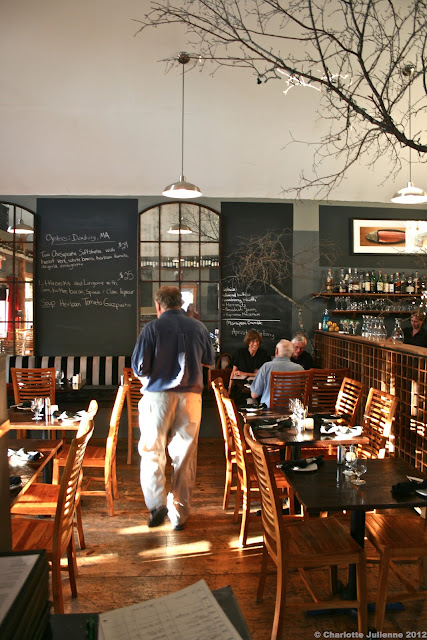 The inside decor was eclectic and casual.  We loved the use of the space, the worn floor boards, the mirrored window frames and the semi-open concept kitchen.  One of us also loved the branches which were attached to the bar with little tea lights strung from the bark.  So pretty! 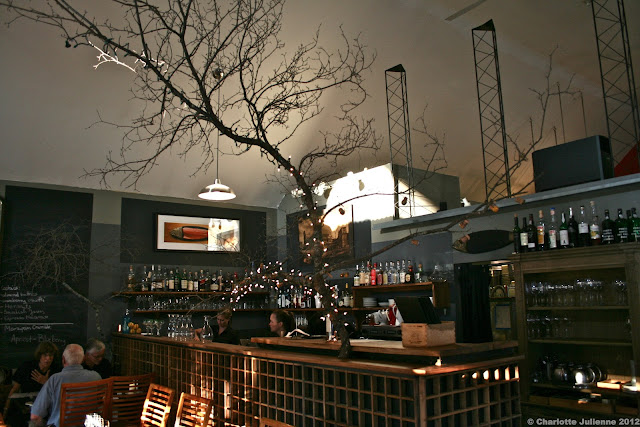 The interior made us feel like we were in an old warehouse which had been repurposed for a restaurant.  It is not a warehouse at all, but it had that feel with the high ceilings and flooring with such a lovely patina. 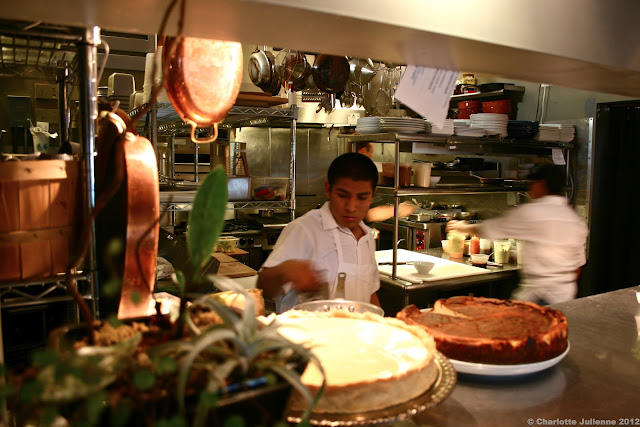 The small kitchen was quite busy with only three or four people working behind the counter.  As we mentioned earlier, it was not crowded when we arrived but within a short time it was packed.  This was  reflected in the service which became progressively slower as the evening unfolded. 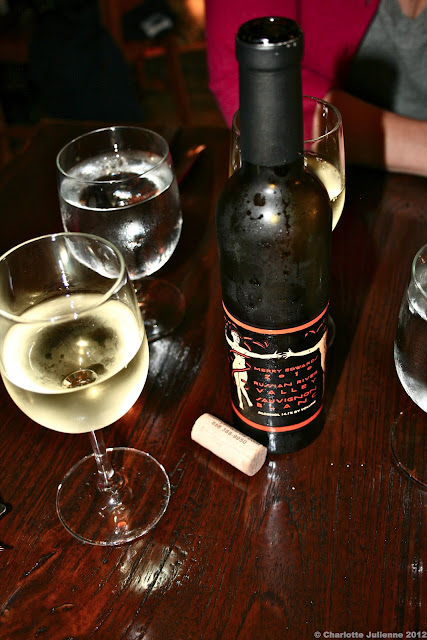 We loved that they offered half bottles of wine and quite enjoyed this lovely little Californian sauvignon blanc from Merry Edwards Russian River Valley.  Had we known the entire dinner would take quite as long as it did we might have opted for the full bottle! 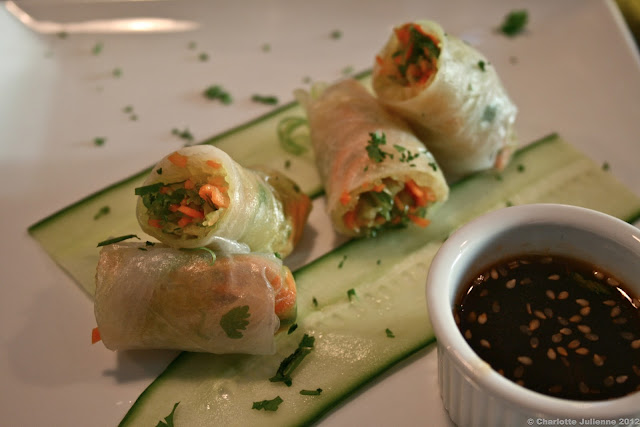 The apps and bites were delicious and came out right away.  The wakame summer rolls with a Vietnamese vinaigrette ($7) were crunchy and light and wrapped perfectly. 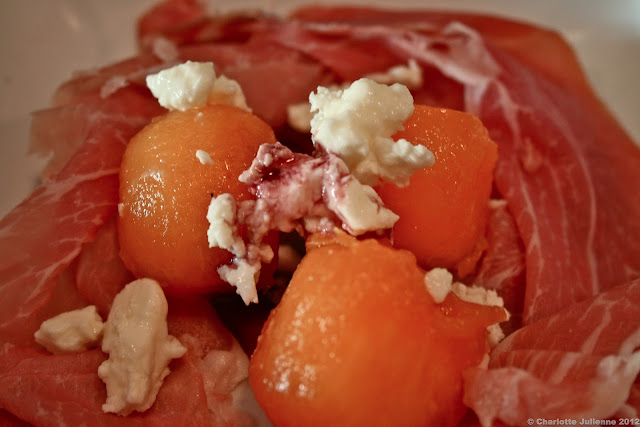 The San Danielle ($12) consisted of imported prosciutto, ripe tuscan melon, feta and port syrup.  One word to describe this app…delicious! The melon was so fresh and added a taste of summer to the prosciutto which was cut perfectly.  The port syrup was delectable and full of flavor without over powering the rest of the dish. 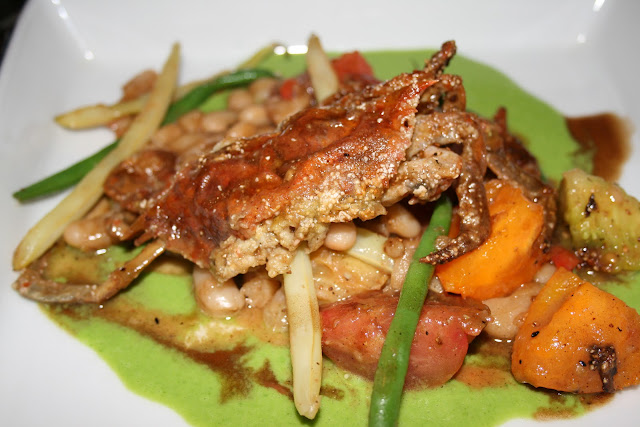 We did get entrees but are not posting photos of both them, just one.  One of us had the smoked salmon carbonara ($22).  Incredible.  The smoked salmon created a smokey sauce which was really so yummy.  It was more like a very thin chowder base with noodles and salmon.  Had there been a loaf of bread on the table the sauce would not have sat in the bowl at the end of the night.  It was that good.  The other had one of the specials- crab ($29).  While the crab itself was good, the plate had a lot going on in terms of flavors. 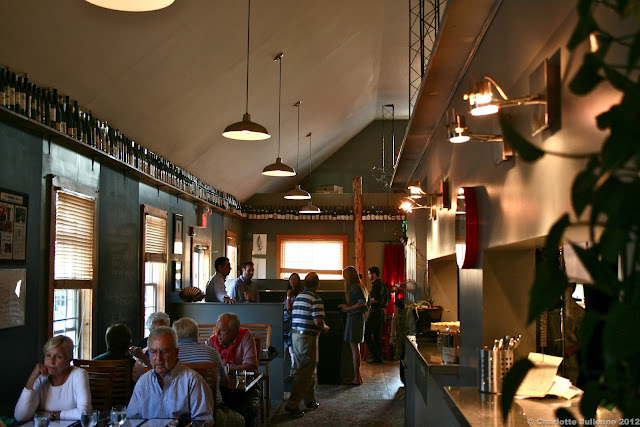 Our only complaint (if you will, because really we don’t want to complain… the food was quite good…) was that the staff was not as relaxed as the atmosphere.  We were so anxious to visit this restaurant because of all the wonderful things we had heard about it.  From the minute we entered until the very last step out of the space the staff was not very friendly.  They did not smile or make any attempt to let you know they were busy and it might be 45 minutes (after apps and bites) until your entree arrived.  We don’t mind waiting.  Really, we don’t.  Please make an attempt to just stop by and say hey, sorry, we are packed and there is going to be a bit of a wait until dinner, could I get you more wine?  The one exception was the lovely girl who was pouring the water…she was on it.  Our water glasses never went empty, or even half empty for that matter.

We hear Cafe Adam has a great brunch and do look forward to returning to give it a try.