I’ve been cutting recipes from magazines for years.  One of my favorites is the Australian magazine Donna Hay.  I came across these recipes in a winter issue a few years back. Perfect for a winter’s night,  these grilled cheesy leek toasts with a glass of mulled wine is a fitting end to a snowy day. 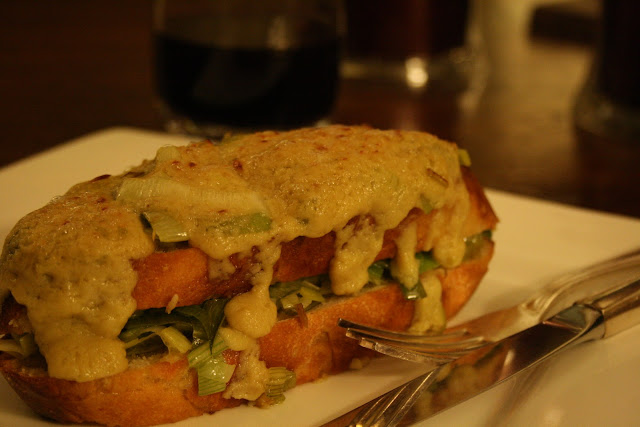 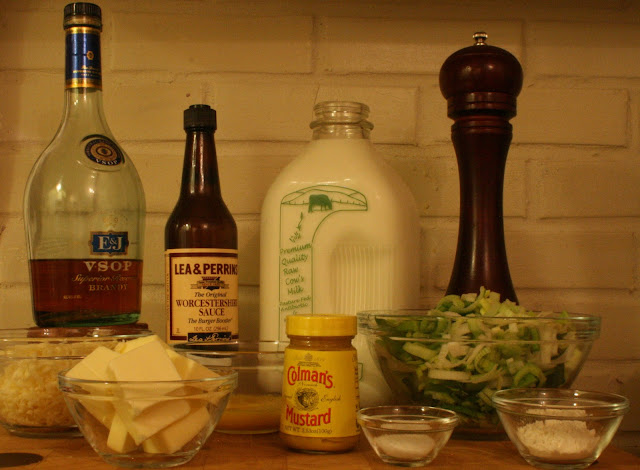 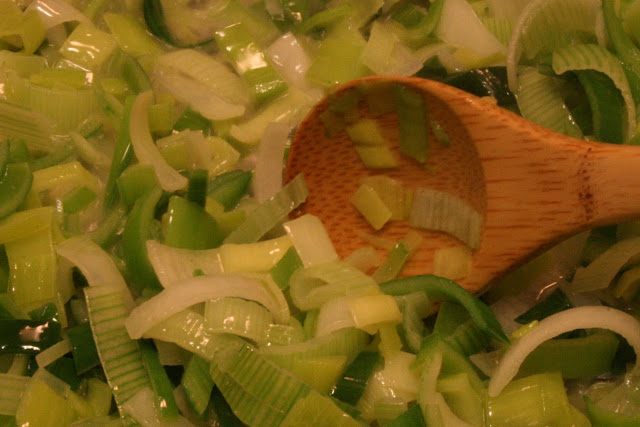 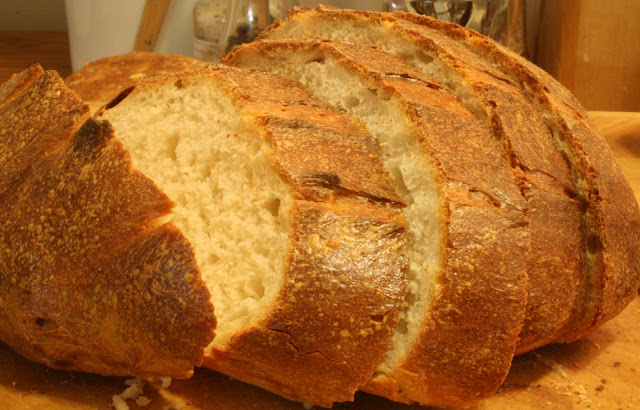 We chose to make our own bread for this dinner.  Cut into four thick slices and set onto a baking dish. 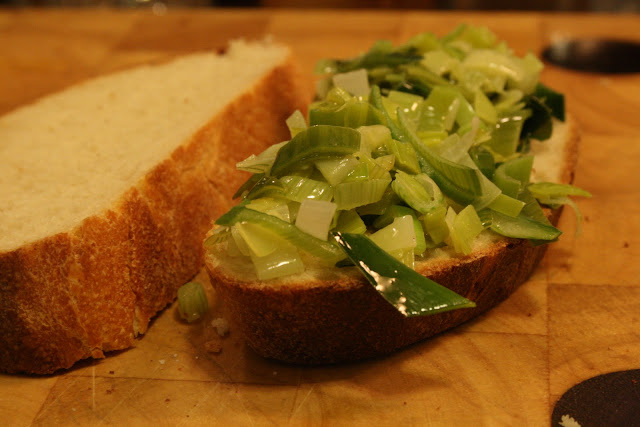 Cover two slices of bread with half of the leek mixture. 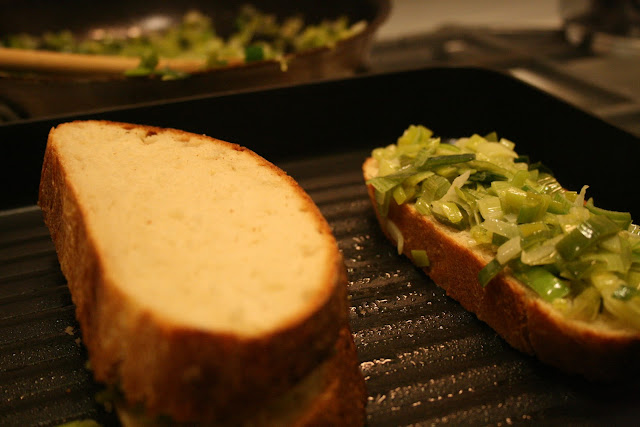 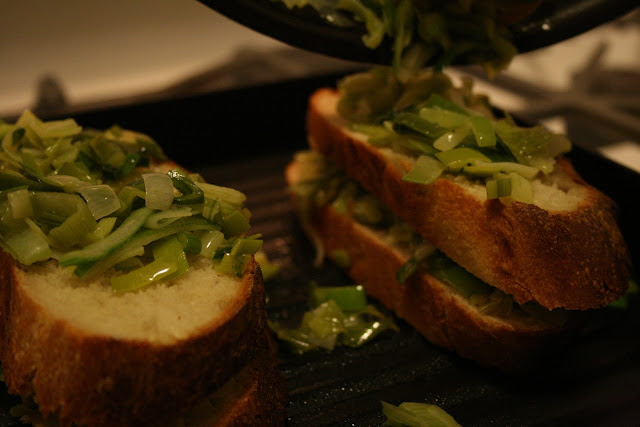 Take remaining leeks and spoon onto tops of sandwiches. 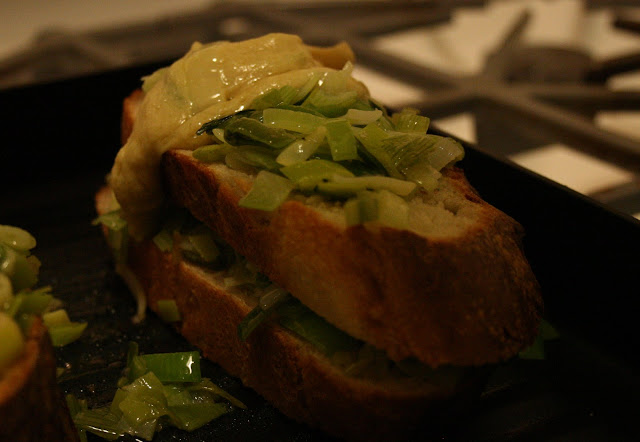 Pour cheese mixture onto bread and place under a broiler for 2-5 minutes until bubbly and brown. 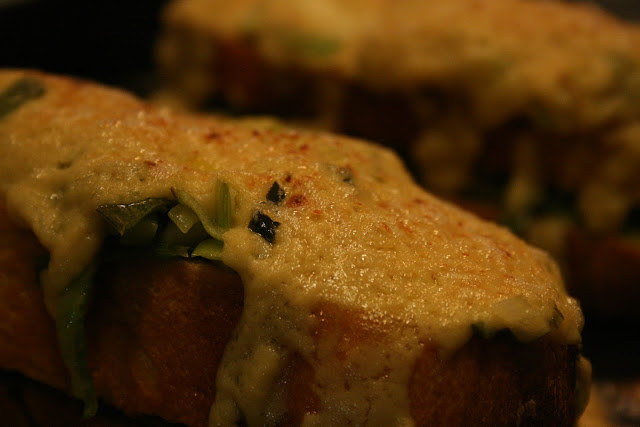 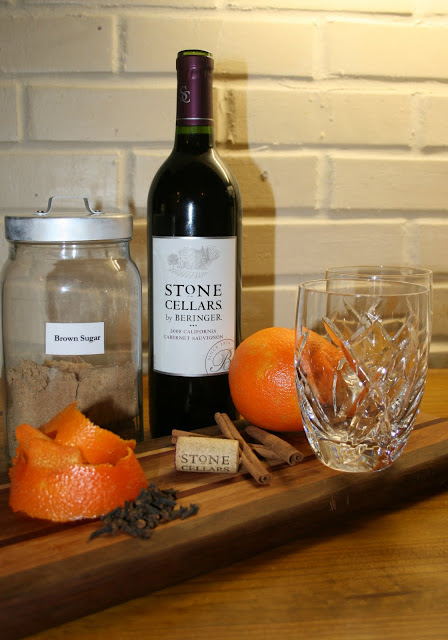 I had never made mulled wine before- in fact, I had never even had a glass.  It was so simple and so warming that I will definetly make it again.  I melted 2 T of brown sugar into a cup of water.  When this mixture came to a boil I added two cinnamon sticks, six cloves and the rind and juice of one orange.  Once that had a few minutes to heat I added one bottle of cabernet sauvignon.  Do not bring this to a boil but do heat it for twenty minutes.  We ladled it into thick glass tumblers and enjoyed it with our cheesy leek toasts.