Have you seen all those absolutely fabulous photos of tri-colored popsicles in pretty red, white & blue colors? We have.  And so we thought with a giant box of popsicle molds (that we seem to be prone to purchasing) sitting in our closet we would give it a go for the Fourth of July.  How difficult could it really be? Ha…ha…ha.  It  shouldn’t have been difficult.  It was the red, white & blue thing that was throwing us off.  Not wanting to use food coloring was half the battle.  If we just wanted lovely summer pops it would have been a piece of cake.  And it will be the next time we make these because after this we will even admit we are a little bit addicted to the greatness of it all. 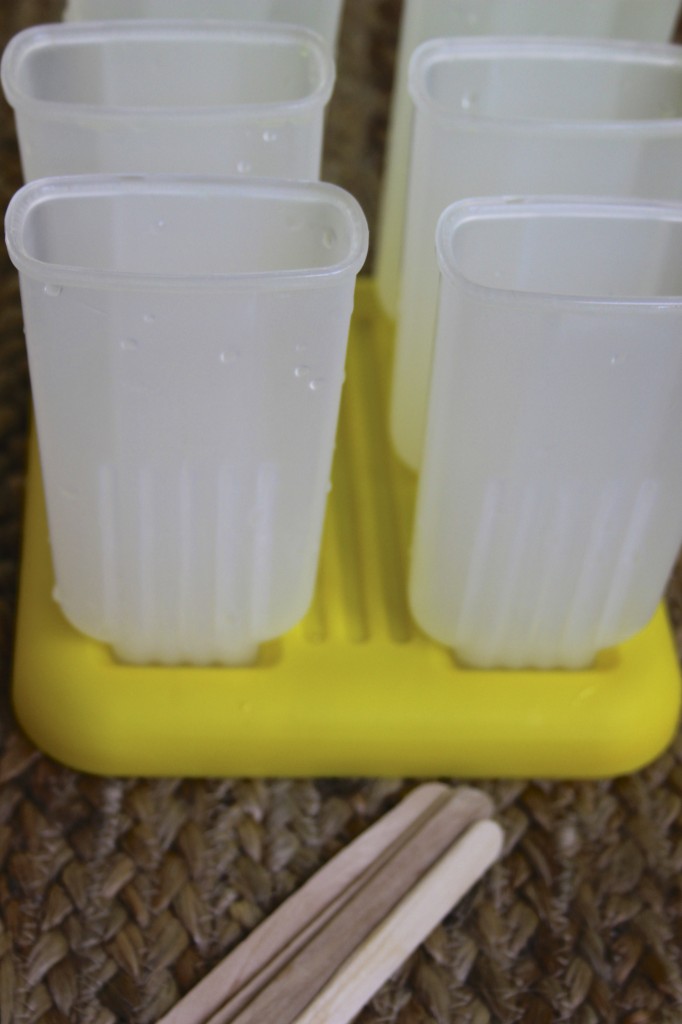 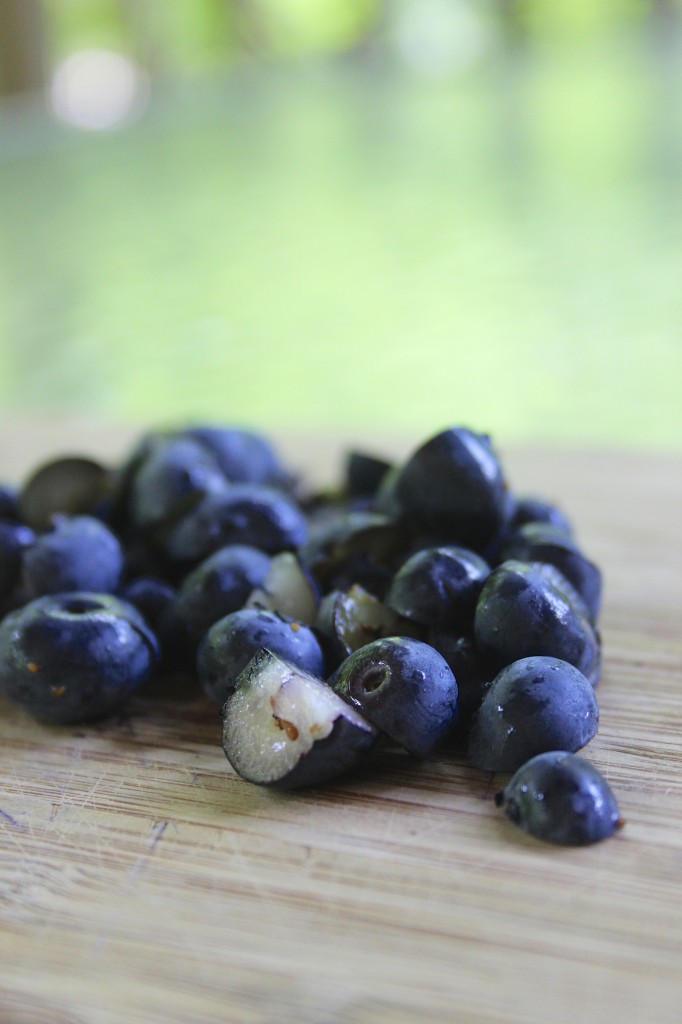 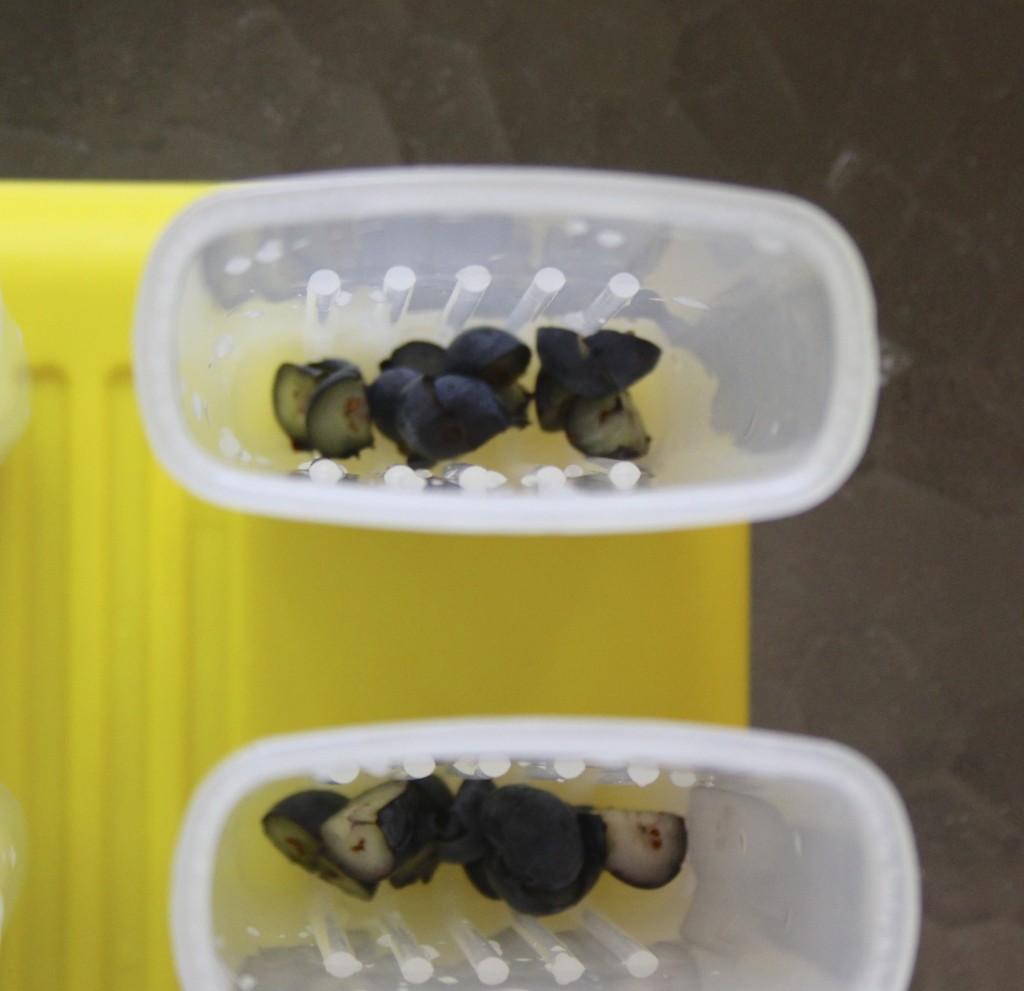 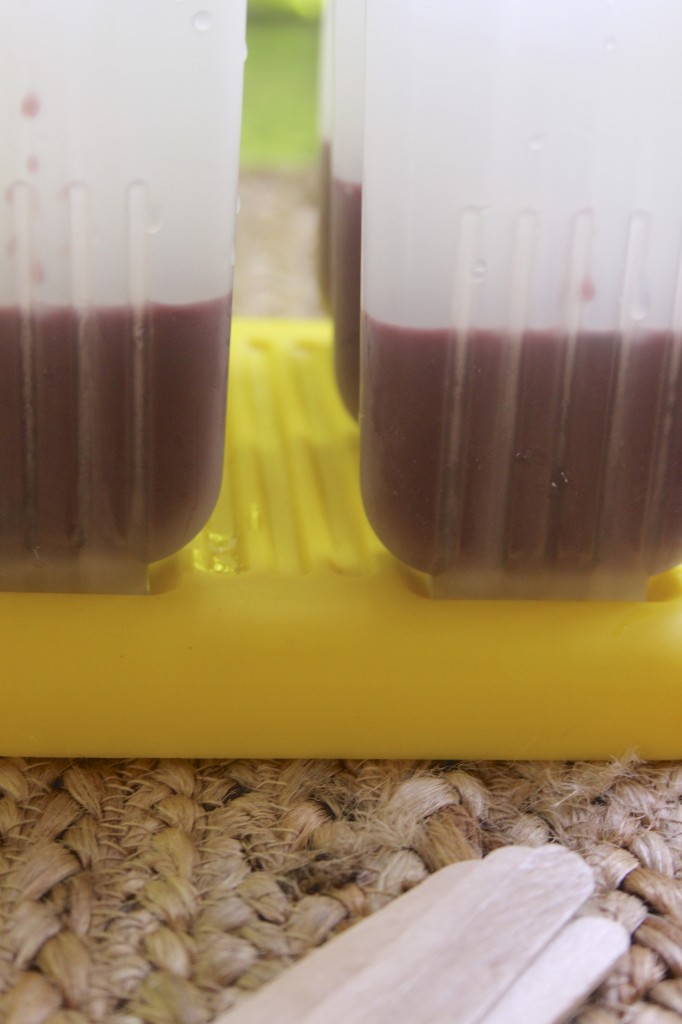 As we were away from home and didn’t have our juicer with us, we started with a trip to the market where we were in search of blue and white juices.  While the blueberry juice worked just fine, let’s just say the vanilla chai does not freeze the same color that it pours.  Not.  At.  All.  Think brown gray.  And then think about removing all the semi-frozen pop from the mold before the stick is inserted to start over.  Ok.  Fresh start.  Beginning again with the cut up blueberries we added them to the bottom of the mold and then (re) poured the blueberry juice on top of them to our desired height and stuck them in the freezer for three hours.  Next we added coconut milk (much, much better result) and back in the freezer for three more hours.  Finally we added some cherry juice (despite our desire to not use food coloring, from the looks of it this may have had some artificial color in it) and put it in the freezer for about 35 minutes before adding the sticks.  So this is where we learned something about sticks.  If you want your stick a little lower (as we would have liked ours) you need to either change your liquid levels or put the stick in during the second step rather than the third.  Our sticks are sort of giants here.  First try and all.  But we can’t wait to make these again with different flavors and molds.  We may have just become popsicle addicts.  And now, even though every Fourth of July event in the entire region has been cancelled due to horrendous weather, we will still enjoy our (almost) red, white & blue pops in celebration of this very patriotic holiday. 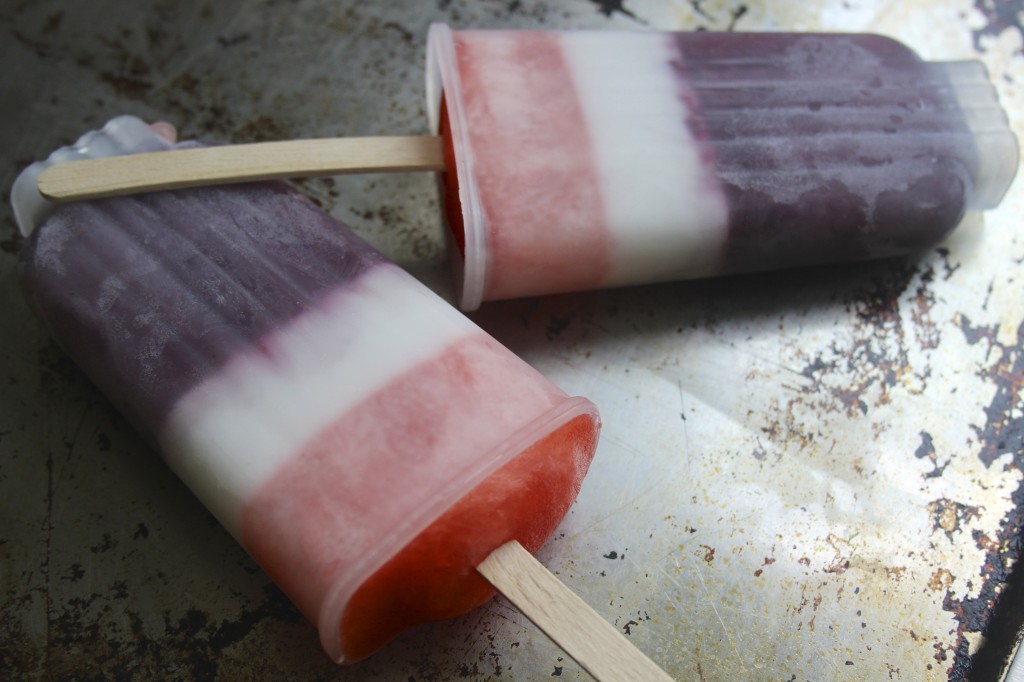 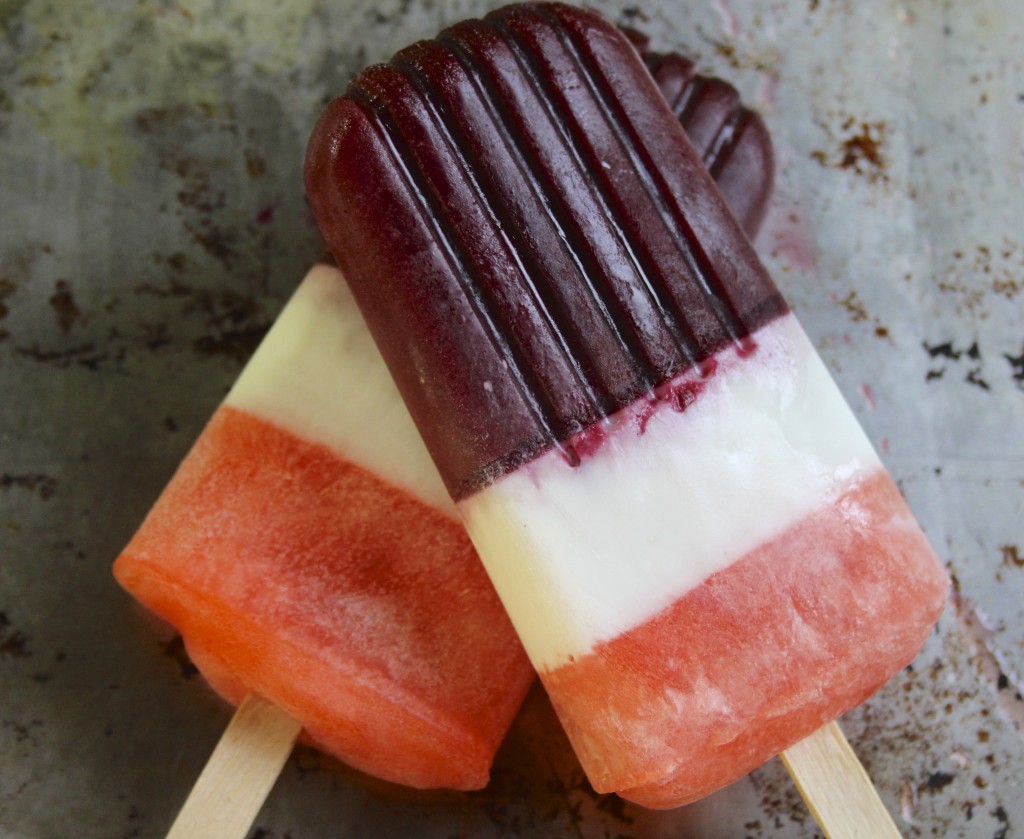 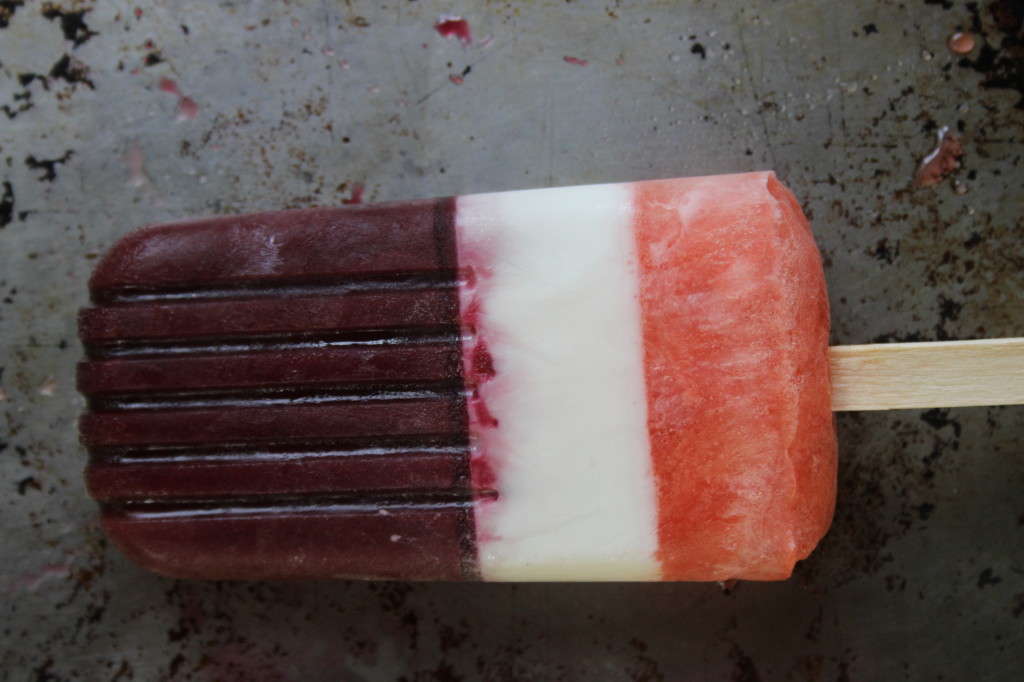