So it is Friday night and we wanted something sweet and savory to snack on while we catch up on The Food Network shows we missed all week.  One of our favorite, easy recipes is for this Chinese Five Spice toffee bark. 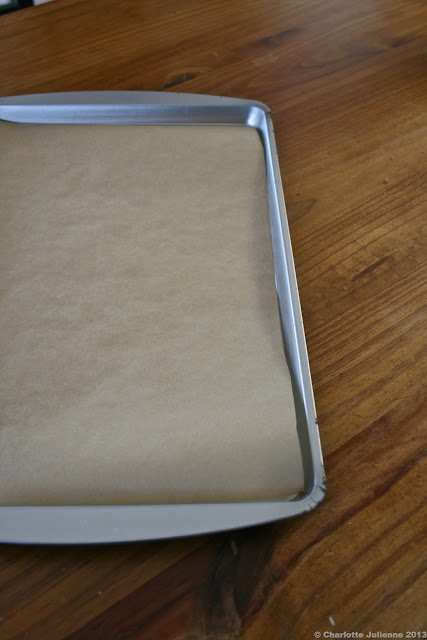 We began by pre-heating the oven to 350 and prepping our baking sheet with a piece of parchment paper.  This paper was then sprayed so the toffee wouldn’t stick. 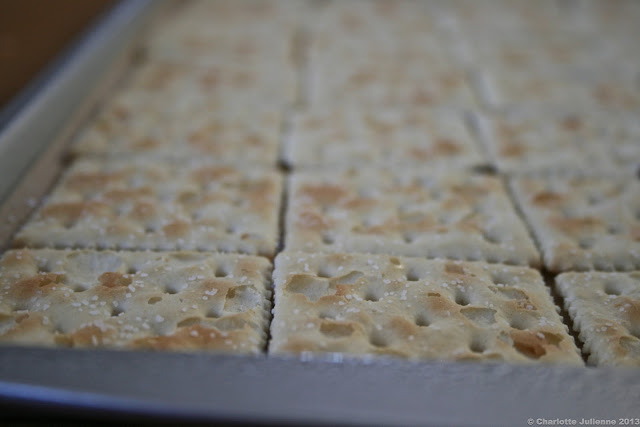 Next we lined the parchment paper with Saltine crackers.  While we put them out in full crackers, we think in the future we will try breaking them up a bit more because when the product is finished they tend to break in the shape of the cracker and we (personally) prefer something a bit more organic. 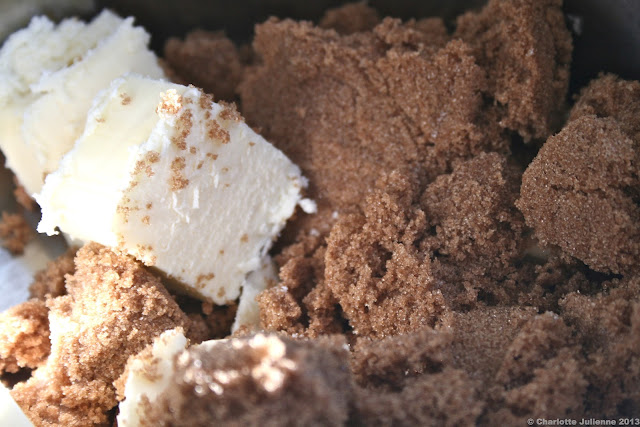 Once your pan is prepped make the toffee.  The recipe we were following called for one stick of butter and one cup of brown sugar to be brought to a boil.  We think this recipe should be doubled so we use two sticks of butter and two cups of brown sugar (we use dark brown).  This alleviates the chance that there will not be enough toffee to pour over the crackers (which happens when you use the single recipe). 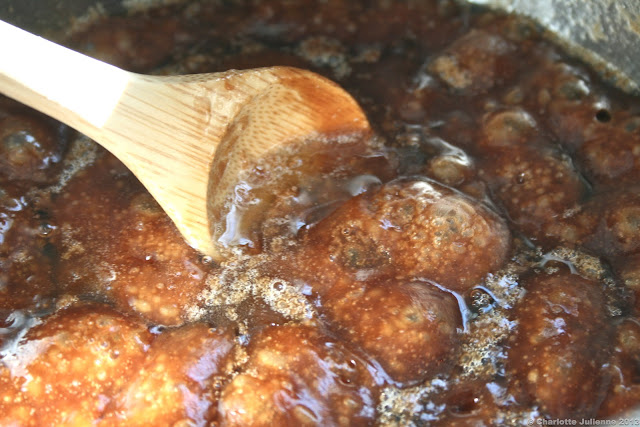 Once the toffee comes to a rapid boil remove it from the heat and immediately pour it over the crackers. 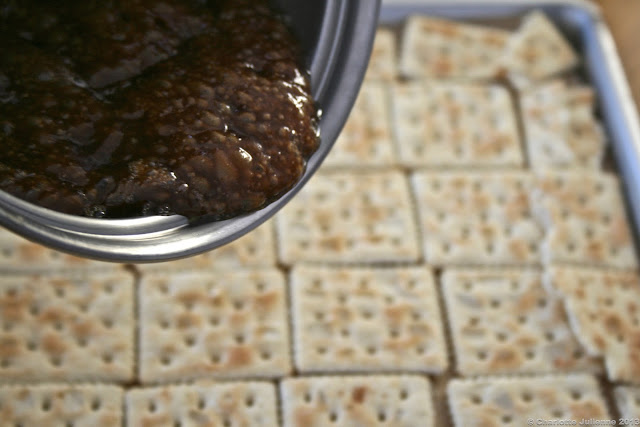 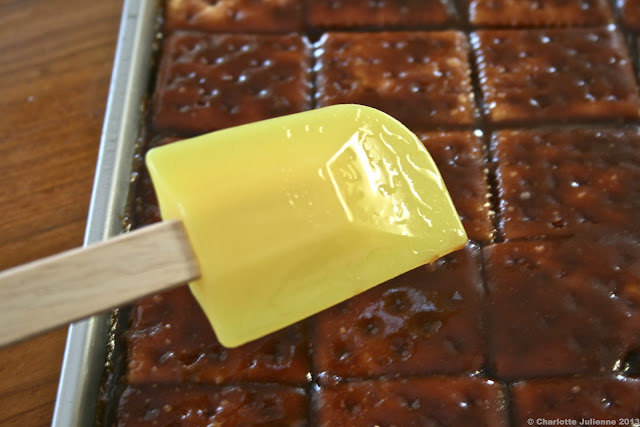 Spread the toffee with a non-stick spatula.  Place it in the 350 oven for five minutes.  The toffee will melt and spread so be prepared for that 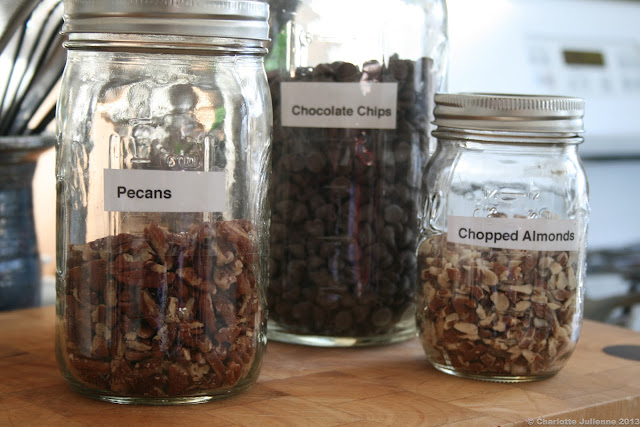 You can top your toffee with whatever you please but we wanted to use chocolate chips, dried cranberries,  pecans and almonds. 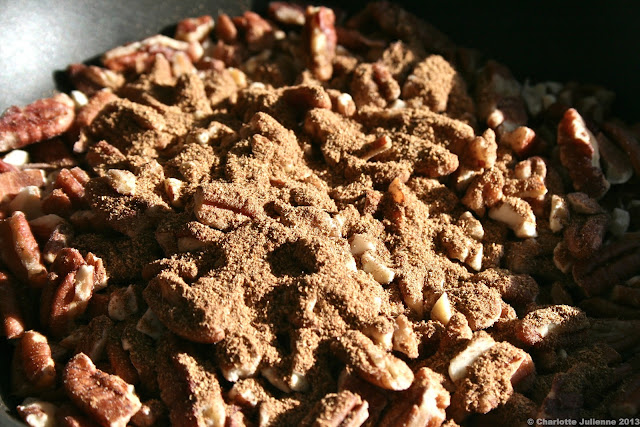 We tossed our pecans and almonds in a drizzle of olive oil before we tossed them quickly over a high heat.  They were then tossed in Chinese Five Spice. 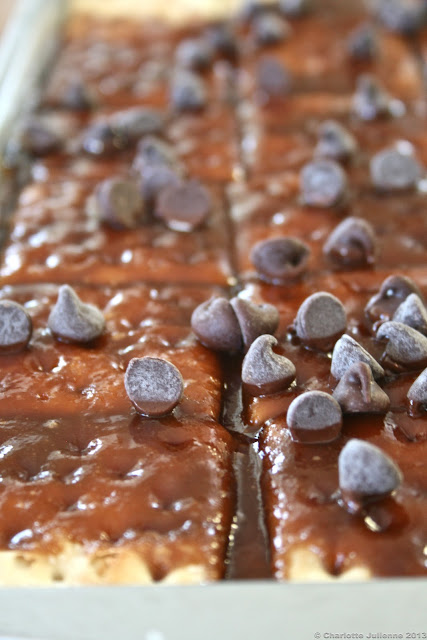 After the toffee is removed from the oven we waited about 30 seconds and then topped with the chocolate chips.  We let the chips sit there for a moment or two before we spread them into the hot toffee so that they would melt. 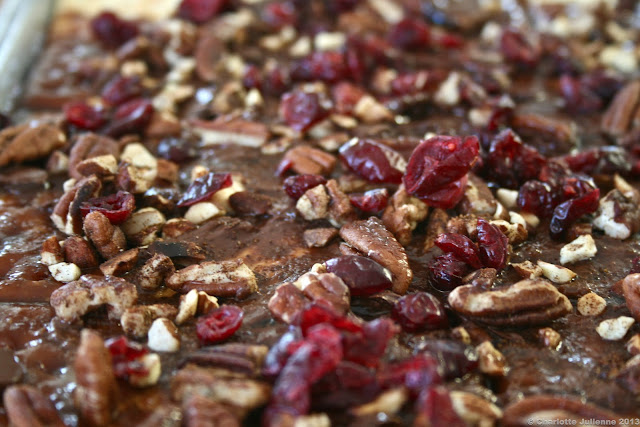 We then added the nuts and berries and put the pan in the fridge to cool for about 30 minutes. 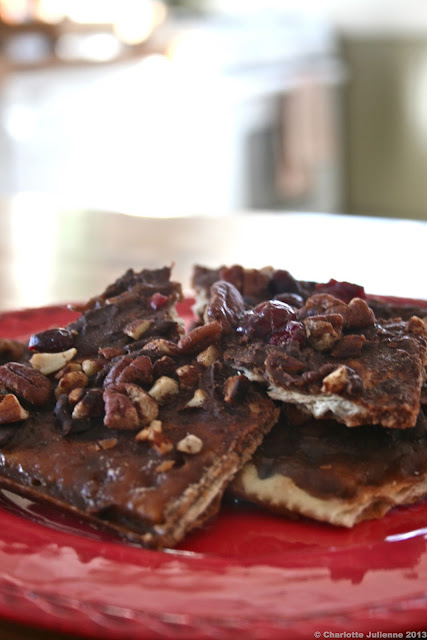 The bark was then broken up.  It can be kept in an air tight container for about a week.  We keep ours in the fridge…it is rich and combines salty and sweet flavors which we love.  It is great for a Friday night and the Chinese Five Spice really adds a lot of flavor and makes it different.