In celebration of the Chinese New Year we decided to cook an Asian inspired dinner.  Although the flavors are noticeably Japanese, it was our way of celebrating the year of the dragon. 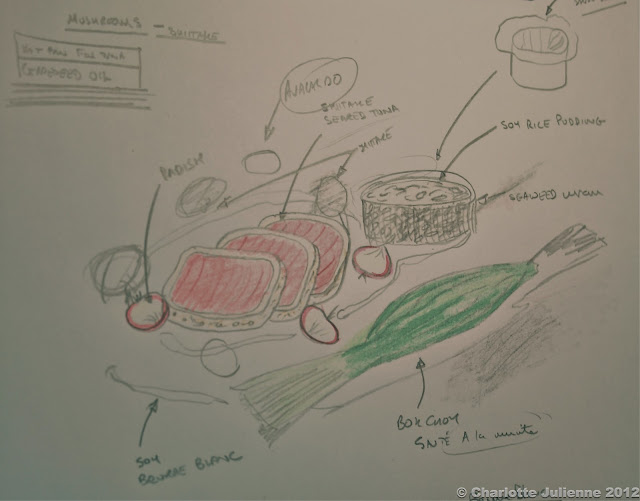 We had two great tuna steaks. At the market we found radish, shiitake mushrooms, bok choy and scallions (spring onions). We only had some Italian Aborio rice in the cupboard and so decided to make a savory rice pudding.  We did a little sketch to help us plan this dish.  Symbolically (you need to use a little imagination here ok!) the rice pudding is ……um … a dragon egg, the bok choy represents the dragon scales, tuna is rolled in dried mushroom powder and this is the ash from the dragon fire. The tuna is cooked rare and this is like the raw flesh of the dragons victim. Finally, the radish is the white dragon teeth dripping with blood…. good eh!? 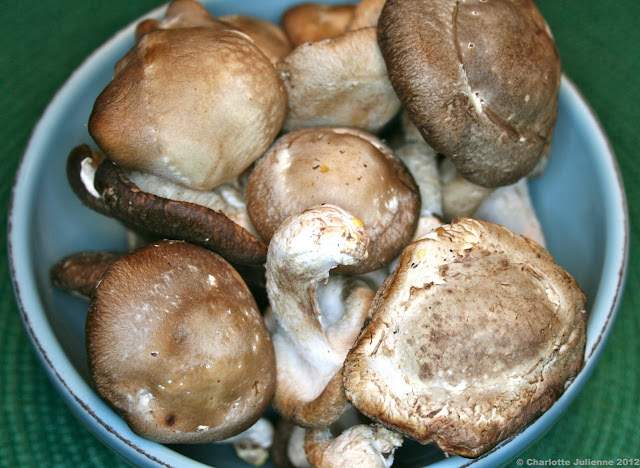 The shiitake have such a distinctive flavor and they go very well with tuna. The stalks are very woody so remove them. Hold on… before you throw them away or use them in the compost pop them in a small sauce pan. 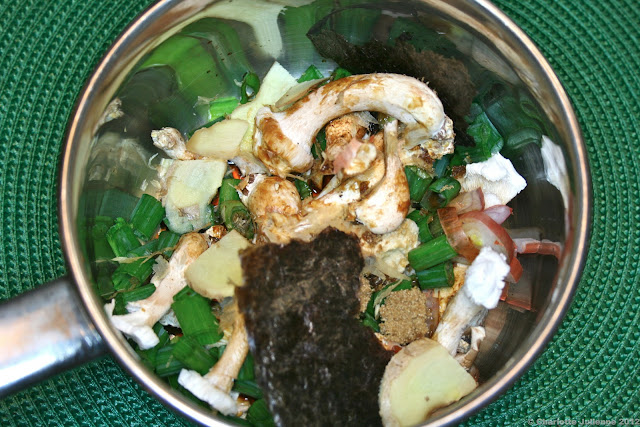 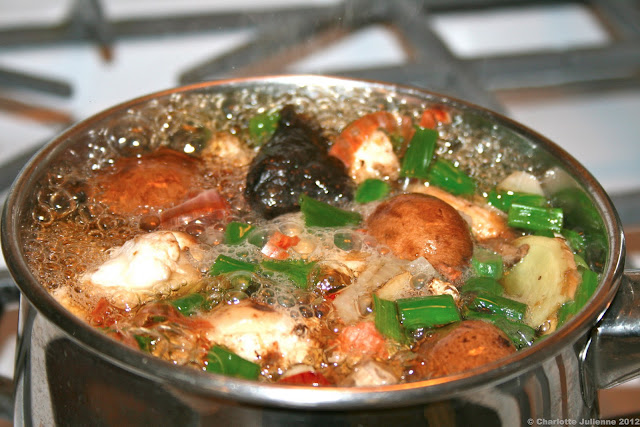 Add water  then bring this broth to a boil and then simmer for at least 30 minutes. Allow to cool then strain.  Use 3/4 of the broth to make the risotto and to 1/4 add some chicken stock and reduce for the sauce.
Once your risotto reaches al dente adjust the seasoning and add a little soy sauce, remove it from the heat and let it stand for two minutes. Then mix in an egg yolk and pour into a plastic wrap lined mould. These can be made well ahead of time.  When you are getting ready to serve, reheat and set the puddings in a simmering water bath for three or four minutes. 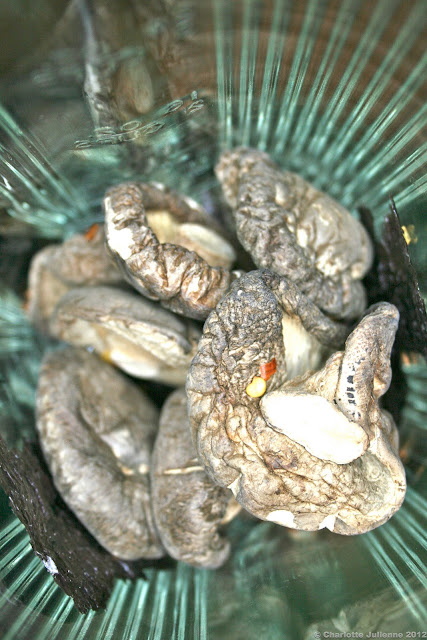 The dragon ‘ash’ is very simple. Place a few dried shiitake mushrooms and a pinch of salt, pepper and chili flakes in a blender. 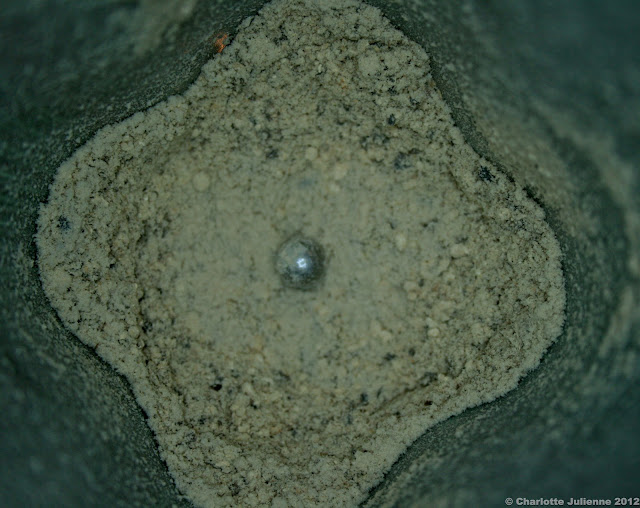 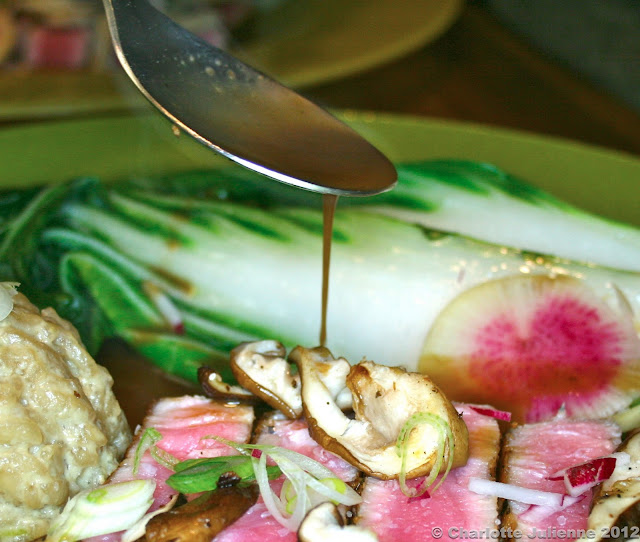 Roll the tuna in the mushroom ash then sear on all sides in a lightly oiled and smoking hot pan. Cut the shiitake crowns and quickly cook in a wok or large pan.  Slice some scallions and radish. Re-heat and set the rice pudding then slice the cooked tuna and reduce the sauce adding a little lime or lemon juice just before serving. 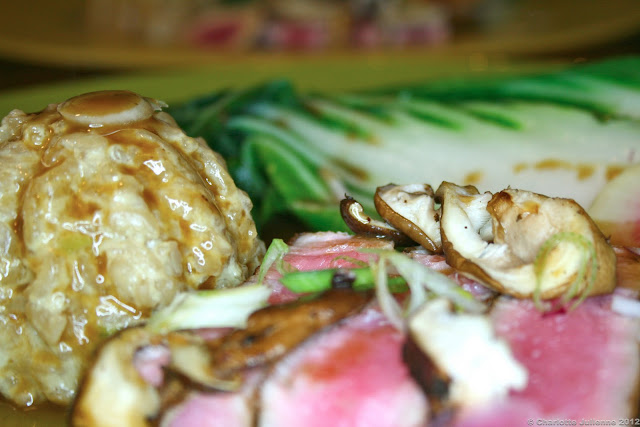