It has been really hot here these last few days.  Humid.  Sticky.  Icky.  The kind of days that aren’t really good for girls with straightened hair that is really curly hair that tends to get frizzy in humidity.  Let’s just say…it has been ponytail weather.   And…if you’ve been reading…you realize it is almost August of summer vacation with two kids under seven who are at home every day.  By the time mid-day strikes I am sometimes asking myself if it is five o’clock yet?!?! And sadly I realize it is only one.  Today, after scooping my second ice cream cone and serving my hundredth snack of the morning I decided to make a little treat for the grown ups to enjoy later in the evening.  Really they should have been enjoyed tomorrow but…we couldn’t wait.  And now that we know how good they are it is fairly certain we will just make more tomorrow!

It is no secret that I’m obsessed with coffee milkshakes but that I don’t drink coffee.  I just love the flavor.  So I began by taking 1 cup of whole milk, 1 cup of heavy cream and a half a cup of sugar and simmering it over low heat.  I added a splash of vanilla and some chocolate mint leaves.  This simmered for five minutes – really just until the sugar was dissolved.  At that point I added a good chug of Dave’s Coffee Syrup and a splash of Triple Sec.  Then it cooled for at least thirty minutes before it was strained and poured into popsicle molds.  The molds were placed in the freezer for about two hours then taken out to have sticks inserted before I stuck them back in to solidify.  Now…the truth.  They could have been a little bit more solid.  They could have stayed in there all night.  But I was desperate.  And by the time we were finally together in the same house we were both ready for a treat.

The pops were taken out of the molds and rolled in crushed digestive biscuits.  Digestive biscuits.  I know.  What is a digestive biscuit?! It sounds like a remedy for a sick tummy.  But surprisingly it is a British cookie made for dunking.  At our house they are usually dunked in tea.  Tonight they were crushed up and used to add texture to this amazing grown up pop.  The pops were then drizzled with coffee syrup and let me just say…you might want to eat more than one.  The flavors are subtle yet obvious- if that is possible.  You get a real creamy coffee flavor followed by orange and a hint of chocolate mint.  They would make a great ending to a fun evening with friends.  An unexpected treat with a little twist. 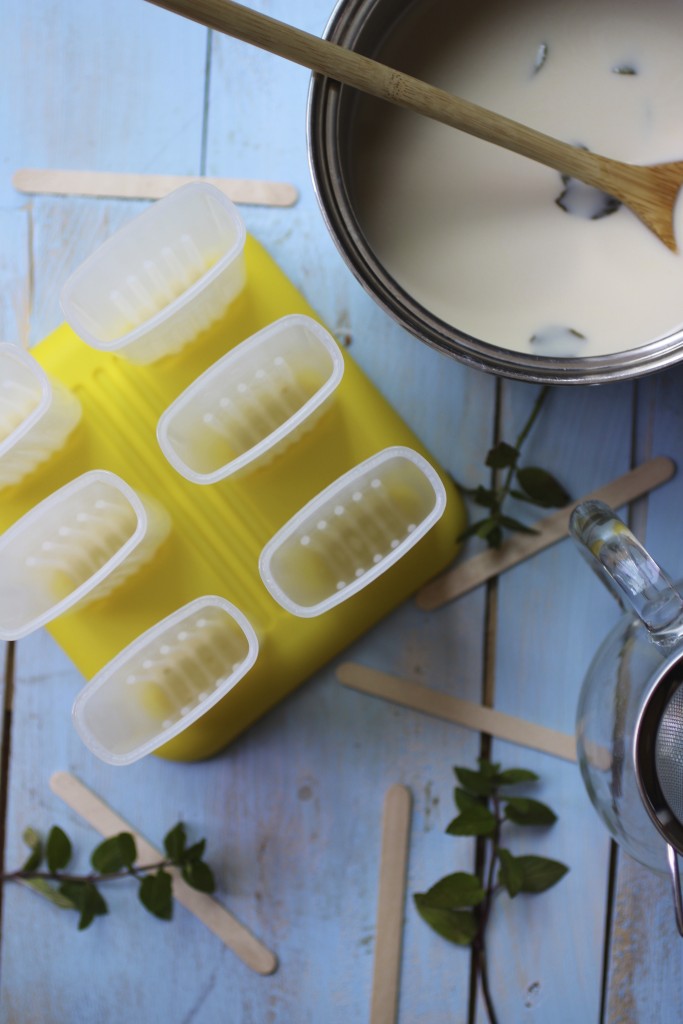 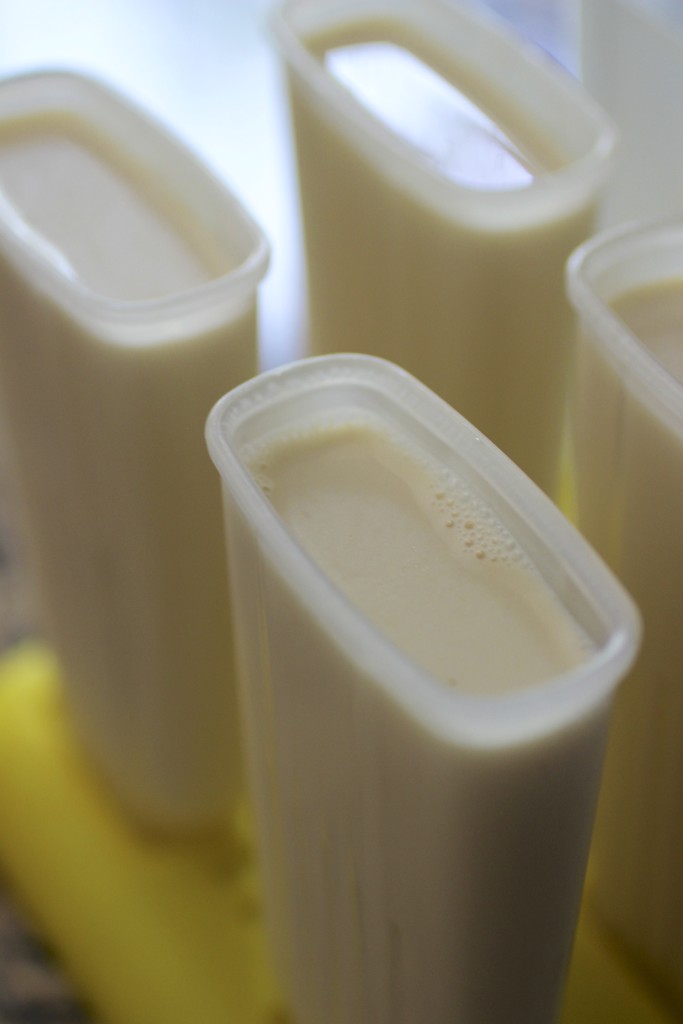 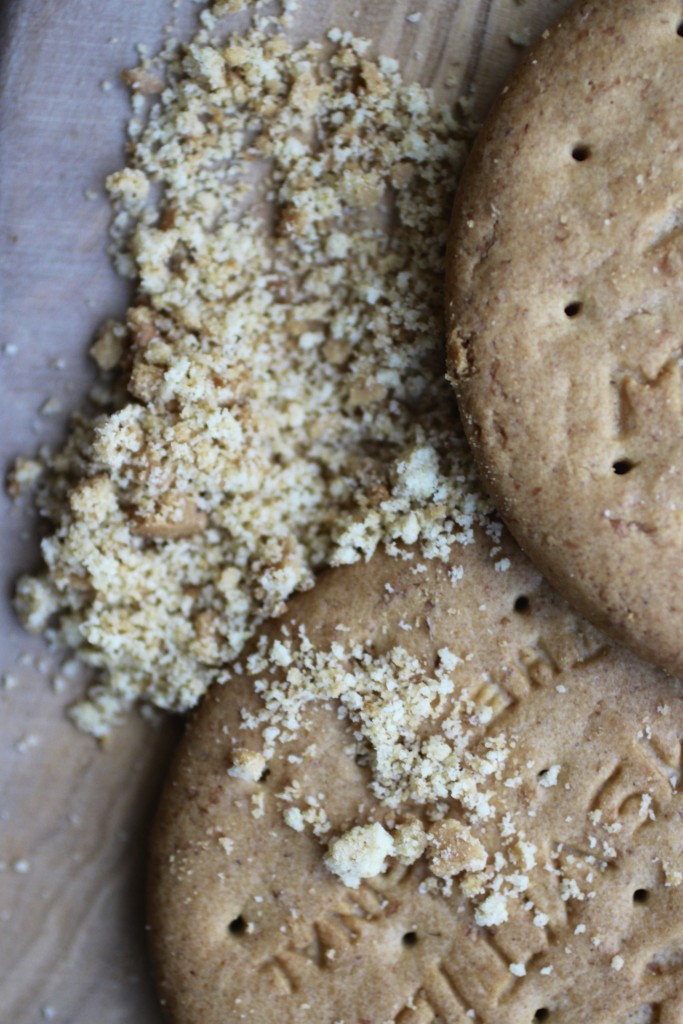 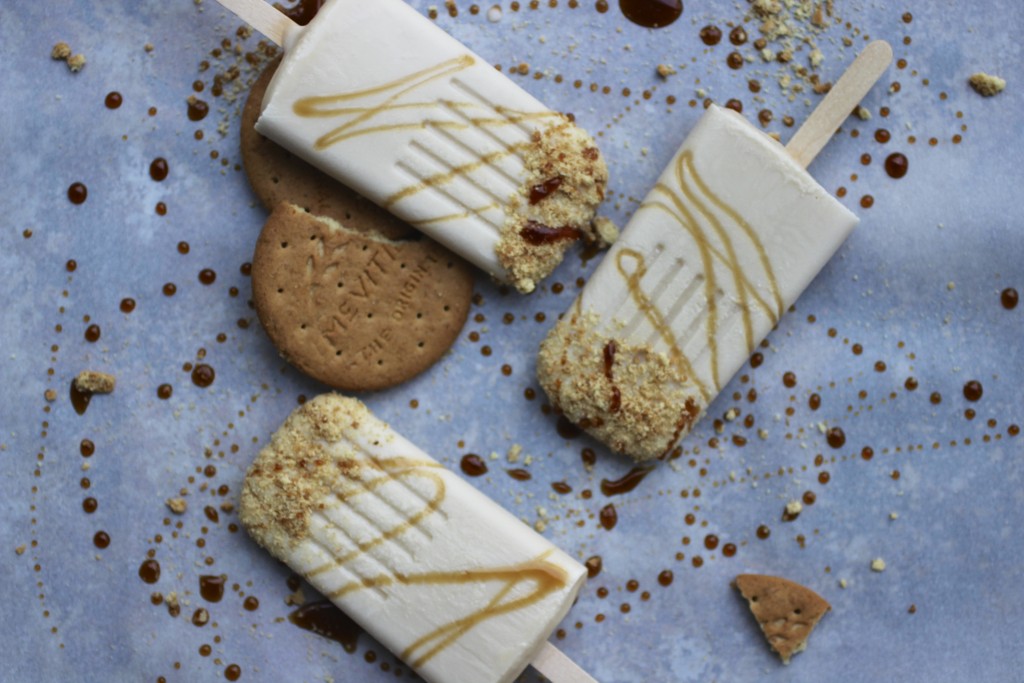 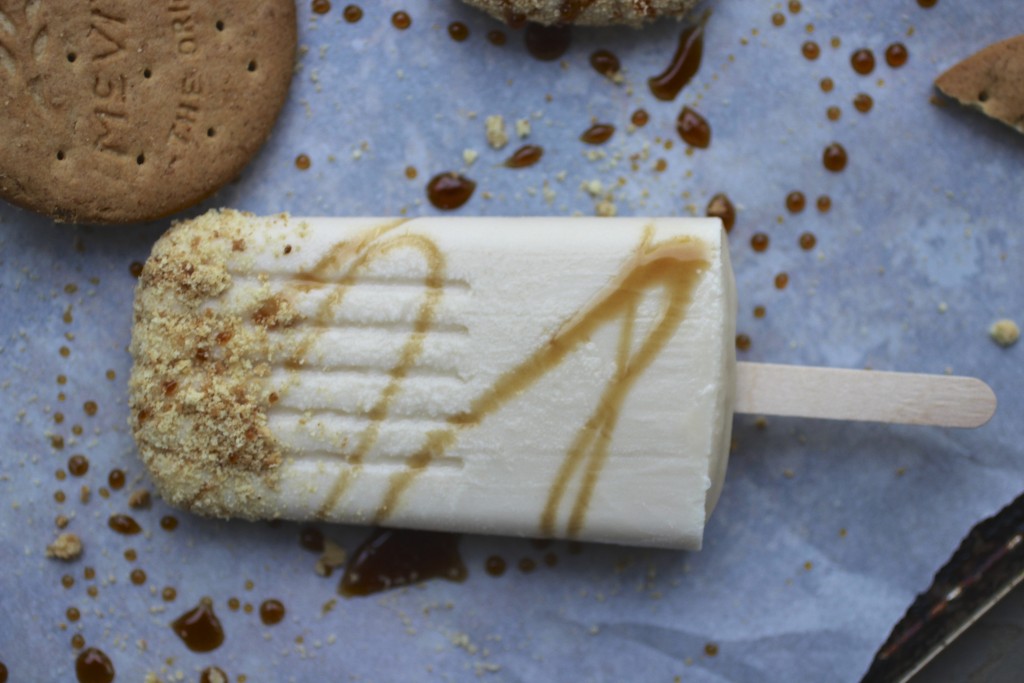 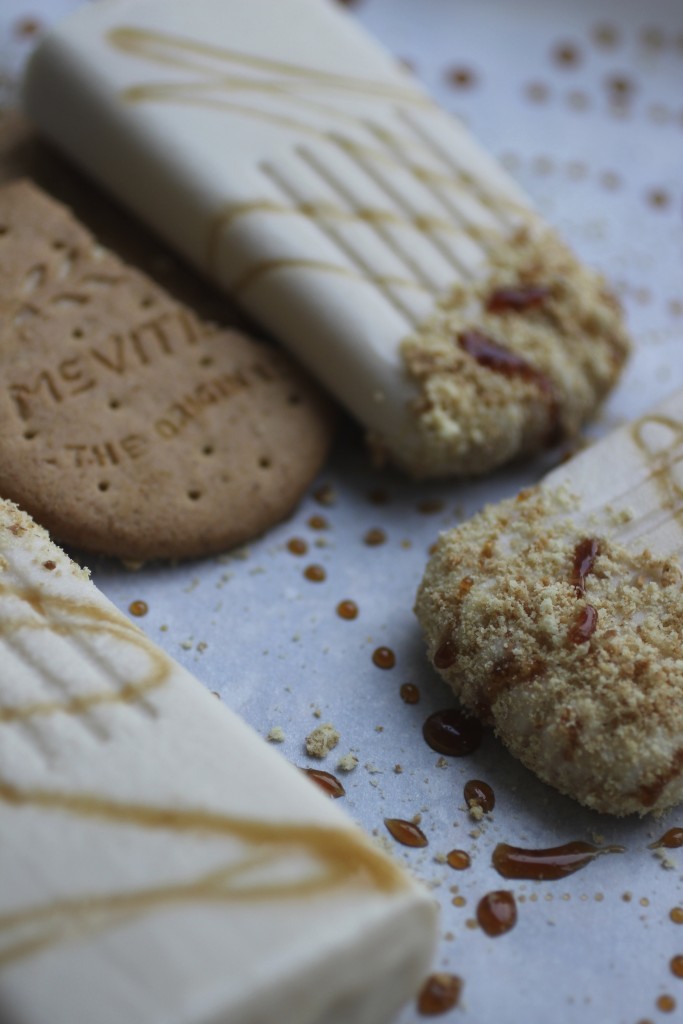