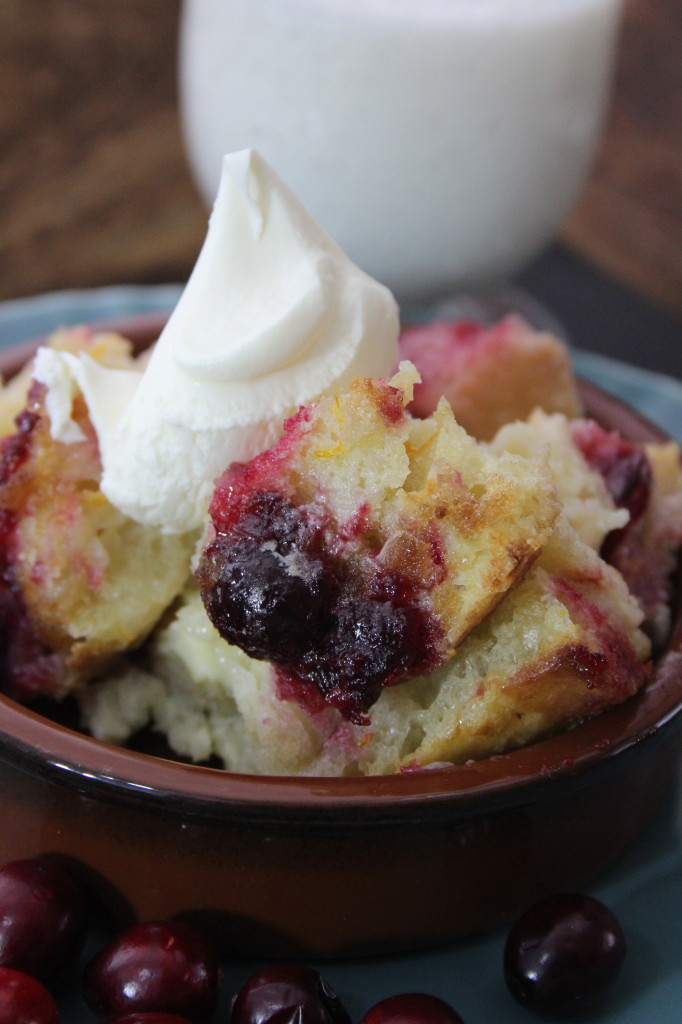 One of my favorite dessert memories is that of a delicious bread pudding which was had after a full week of performing at the Philadelphia Fringe Festival years ago.  Maybe I was just hungry from all that dancing…but I can still taste the creamy custard and recall how the dessert made me want to crawl into bed and take a long, long nap.

Here in Massachusetts it has gotten much colder these past few days and when we were craving a warm dessert to accompany our roast beef dinner that memory of my bread pudding came to mind.  I sat at my desk and glanced over at my husband asking him which of our  cookbooks would have a great bread pudding recipe.  He steered me to Clarissa Dickson Wright’s Clarissa’s Comfort Food.  I liked it because of the simplicity.  Easy to assemble and only 45 minutes in the oven.  He (being a bit of a name dropper) casually mentioned that he had met her once upon a time at a shoot of some sort back in the UK.  I got up and headed to the kitchen.

We made some adjustments to the ingredients and ended up with a scrumptious, warm dessert that the entire family loved.  I will note that this recipe states it serves 4…but in our house it would easily serve 8-10.  We have loads left. 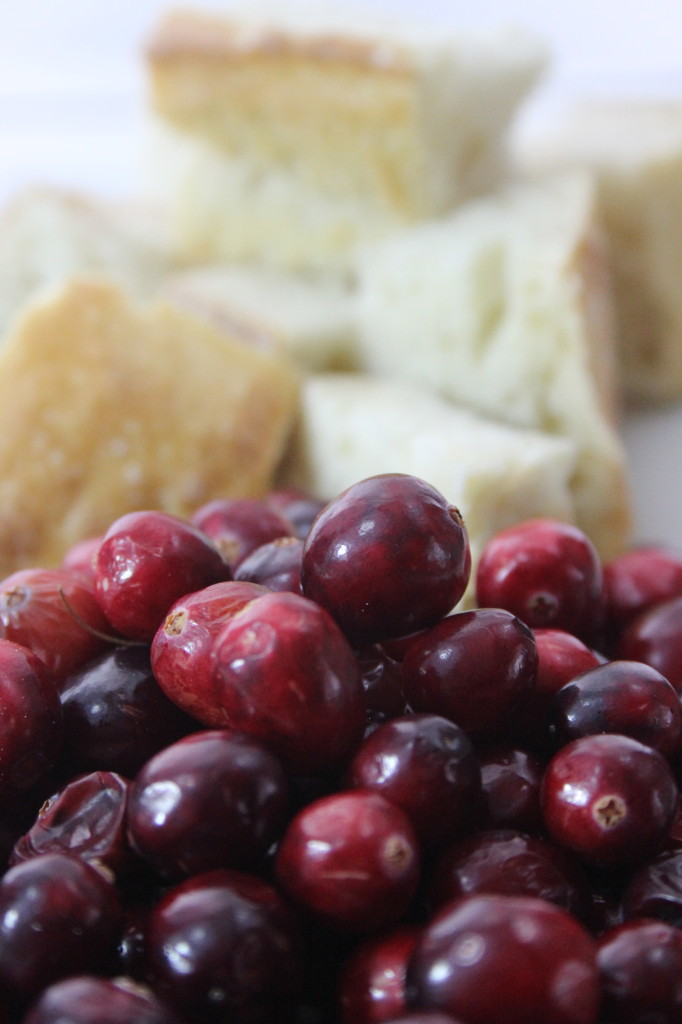 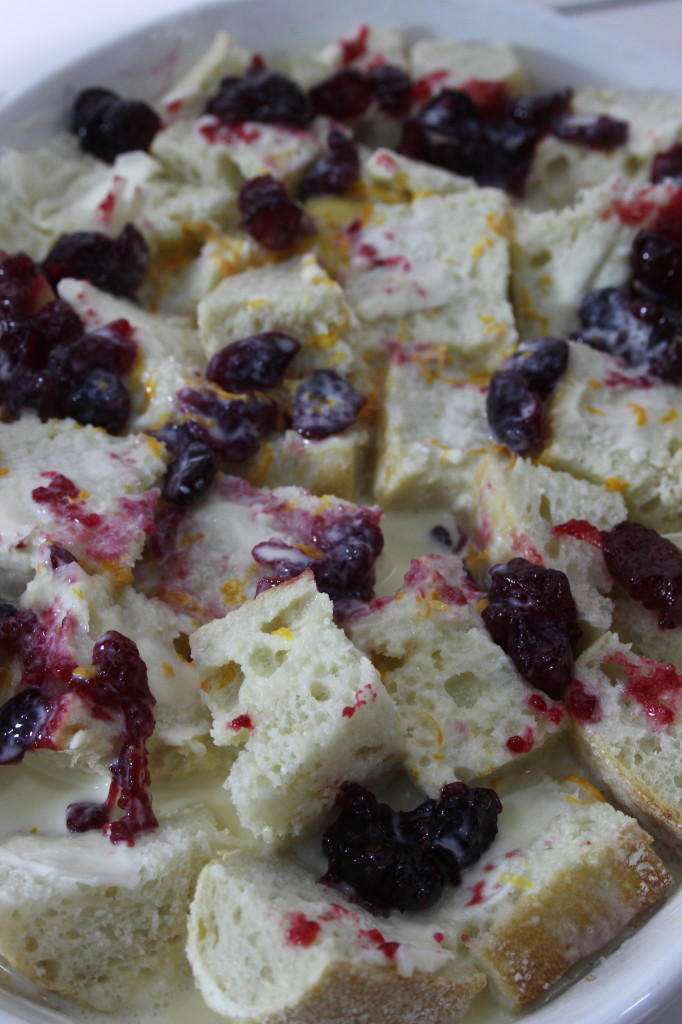 We began by gently cooking the cranberries in some cranberry juice and sugar.  We threw in a few craisins to sweeten the mixture up.  Once it reduced down we put it aside to cool.

In a separate dish we beat together the milk, cream and eggs and then stirred in the sugar and orange rind.

Each cube of bread was hand buttered on two sides and then placed in a layer into the buttered baking dish.  The cranberries were dolloped on top and the steps were repeated to add a second layer.

We then poured the egg mixture on top and let the entire thing sit for about an hour and a half at which point we added a few more pats of butter and some brown sugar and then popped it into the preheated oven for 45 minutes. 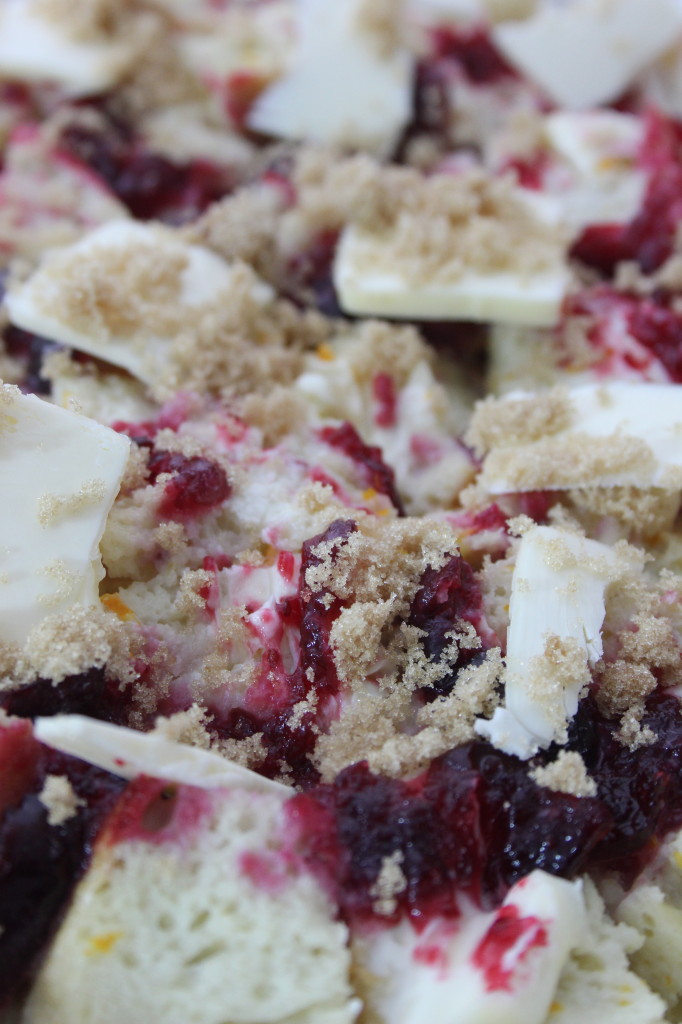 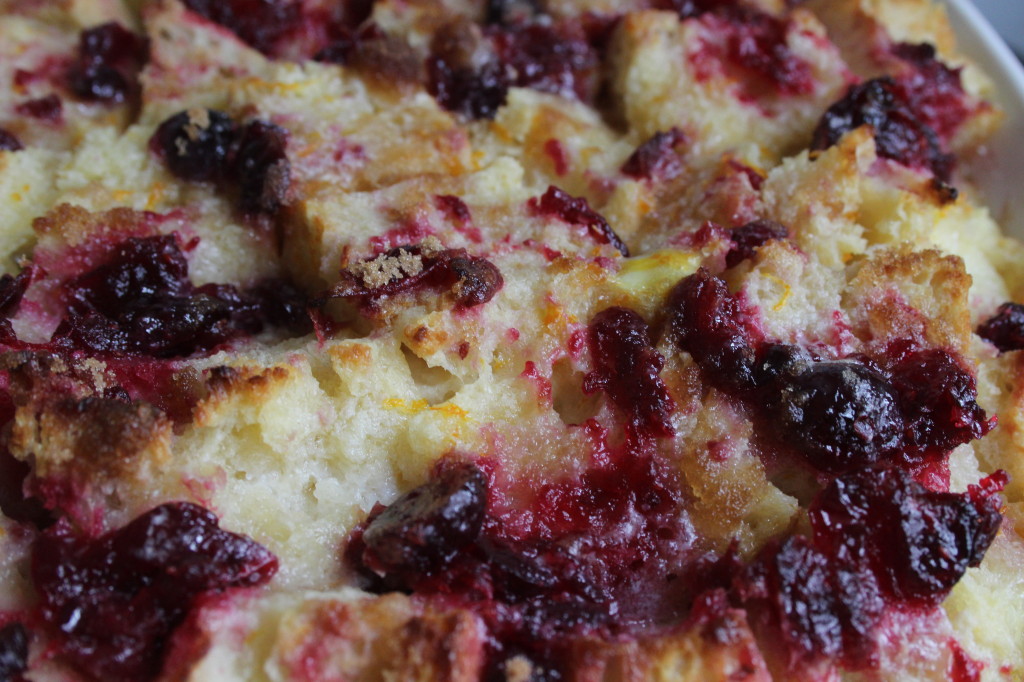 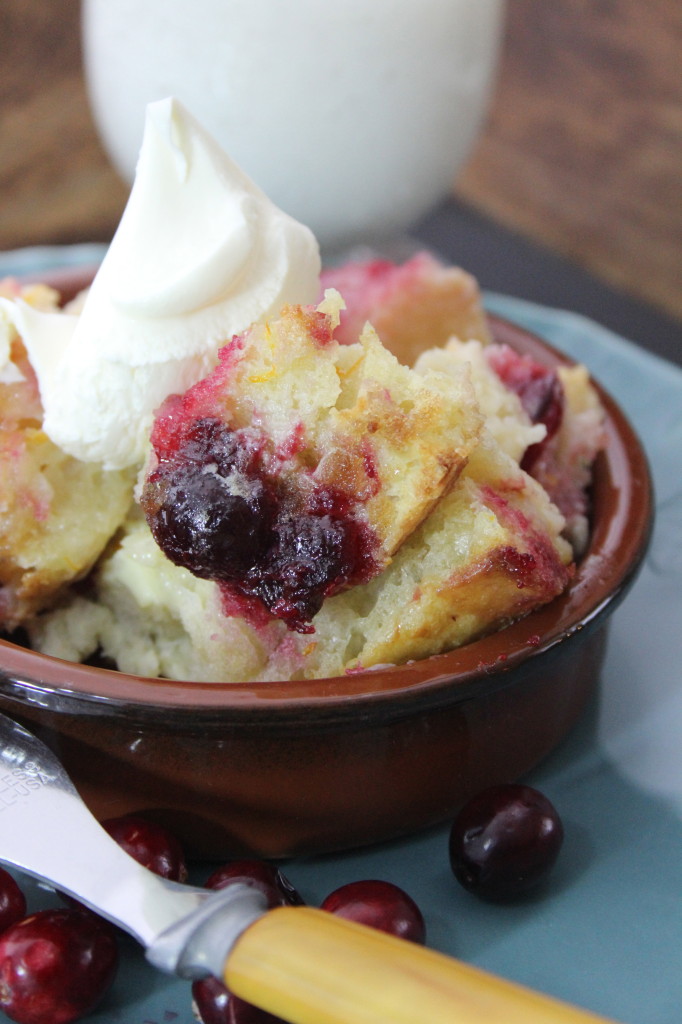 This was really lovely with a spoonful of creme fraiche on top.  Warm from the oven on a cold night…is there anything more comforting? We didn’t think so. 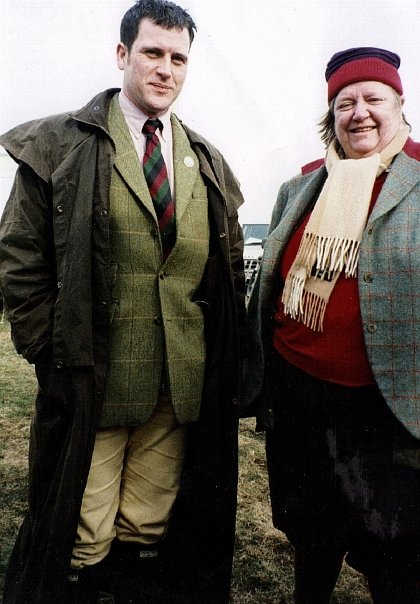