When we think of winter fruits we think of cranberries and pomegranates.  We like to use them in salads and sauces throughout the winter months.  When we were asked to bring a dessert to Christmas dinner we knew we would be including them in our plan. 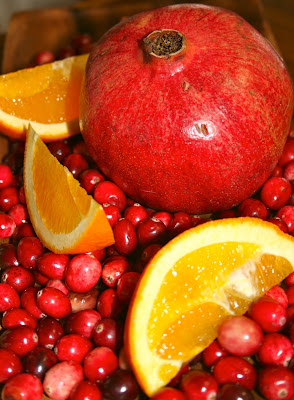 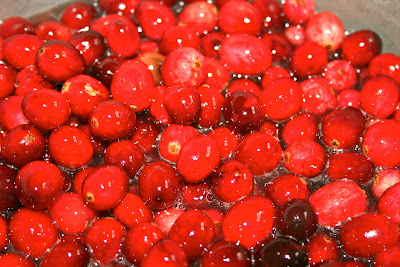 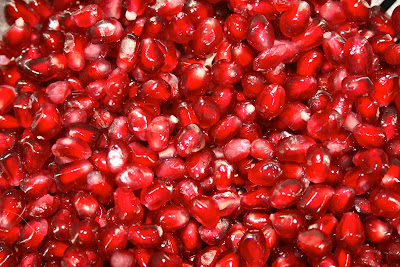 While we waited we scored our pomegranate on four sides and then submerged it in a bowl of water to separate the sections.  Underwater we separated the jewel like seeds from the pith.  Under the water the seeds will sink to the bottom of the bowl and the pith will float to the top.  When we were done separating we used a small hand held strainer to remove the pith from the water.  We then drained the seeds and set them aside. 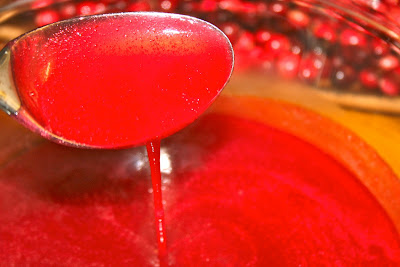 When the cranberries had burst we used our emulsion blender and later passed the mixture through a sieve   to be left with a silky sauce. 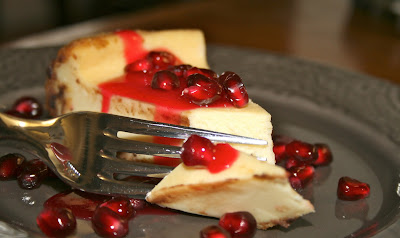 We made a cheesecake for Christmas dinner and were planning on using this sauce to decorate our cake.  We placed the pomegranate seeds on top of the cake and then drizzled with the sauce.  It was easy and festive!