If you read our blog about cake donuts you know we are in love with ChefSteps which is shown on PBS.  Their short gorgeous clips make cooking incredible food seem possible.  Cooking with scales rather than measuring cups…no problem (even if you are American, like me).  Sous Vide cooking…not a big deal.  Using dry ice…doesn’t everyone?! They just make you feel like you got this.  On one of our binge watches I came across Deep-Fried Glassy Nuts.  I’ll be honest.  It was the sound of the nuts – not the name- but the actual sound- that reeled me in.  I can’t say I generally notice sound when looking for recipes.  But these sounded like icicles sliding into each other on a glass tray.  Glass marbles rustling in a little canvas marble bag.  I just loved the way they sounded.  And….they seemed super easy.

We don’t generally use our little deep fryer.  It has sat unused for well over a year.  This past week it has been used three times.  Whilst it is probably not a habit we want to get into on a regular basis…every once in a while it does come in super handy.   Like for this snack.  Glassy nuts.  We love snacks.  When half of the team doesn’t usually get home until well after a twelve hour day, sitting down with a drink and a snack is a good way to end the night.  I used to be a snack queen.  But with kids, a dog who feels left out and the normal hour plus bedtime routine with the not so occasional defiant bedtime child…the snacks have faltered and usually consist of potato chips with malt vinegar  lightly doused on top.  I needed to up the ante in the snack department.  Glassy nuts were that snack.

I used pecans, mostly because we had a bag.  They were blanched in salty water and then strained and poured into a container full of powdered sugar.  They were tossed.  Then they were put into our little fryer which was set at 325.  The video said 5-8 minutes or until they start to float.  I say watch your deep fryer and go with the float.  They were removed and put onto a wire rack.  Separate them using forks or chop sticks.  They shouldn’t be touching because they do stick.  I sprinkled them with kosher salt and chopped rosemary.  They were the perfect snack and we loved that they were savory and sweet at the same time.  Easy and impressive.  We had enough left over to use them to top our donuts.  These would also make great holiday or hostess gifts.  Who doesn’t love getting a snack?! 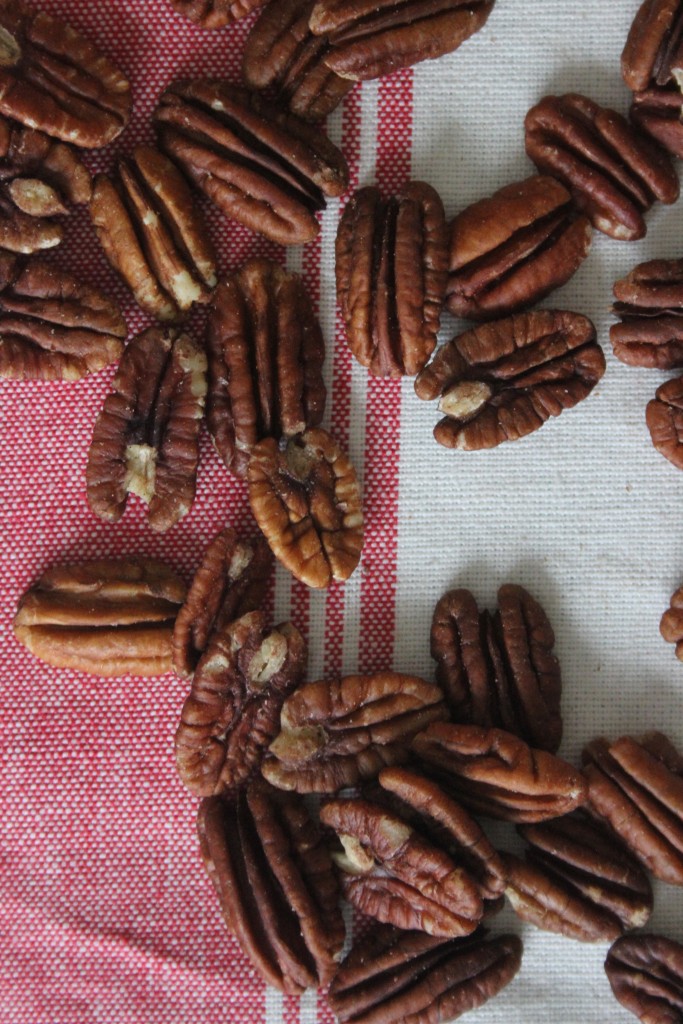 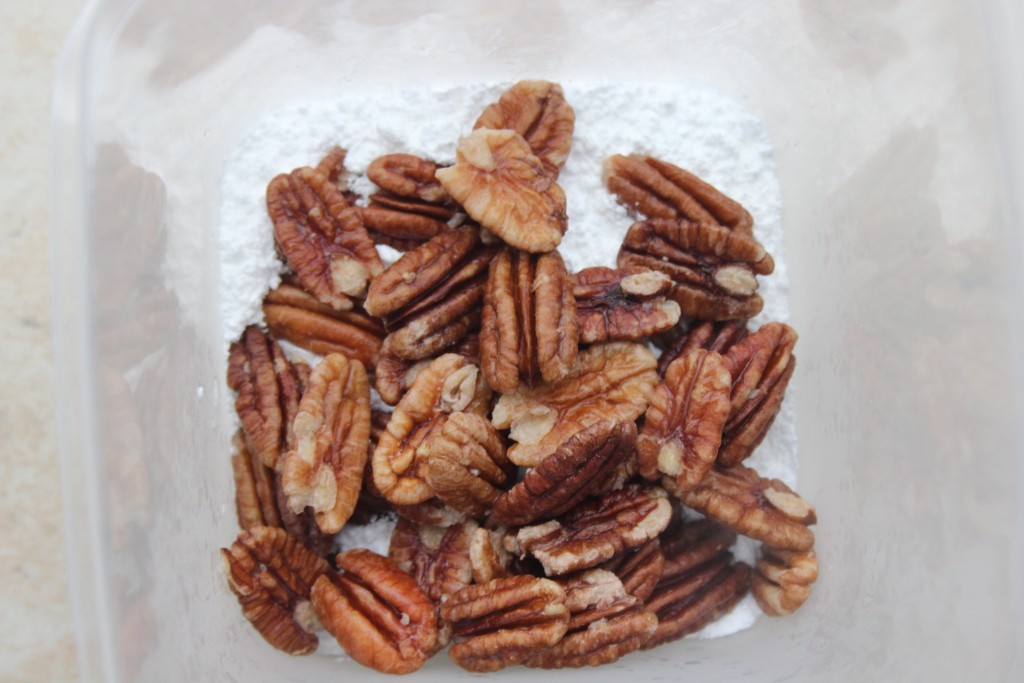 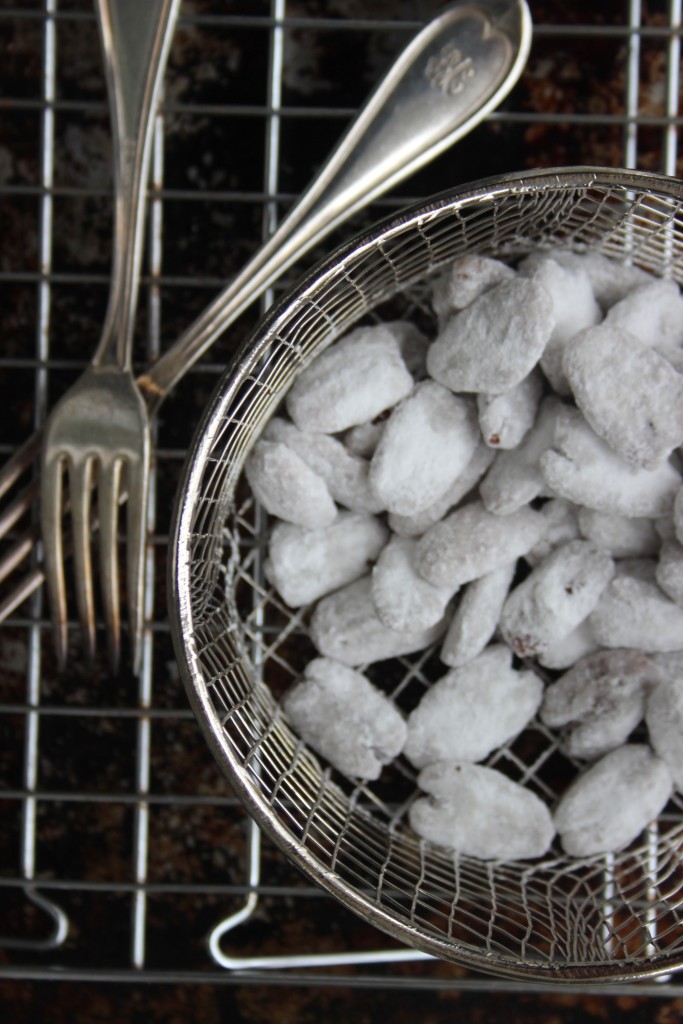 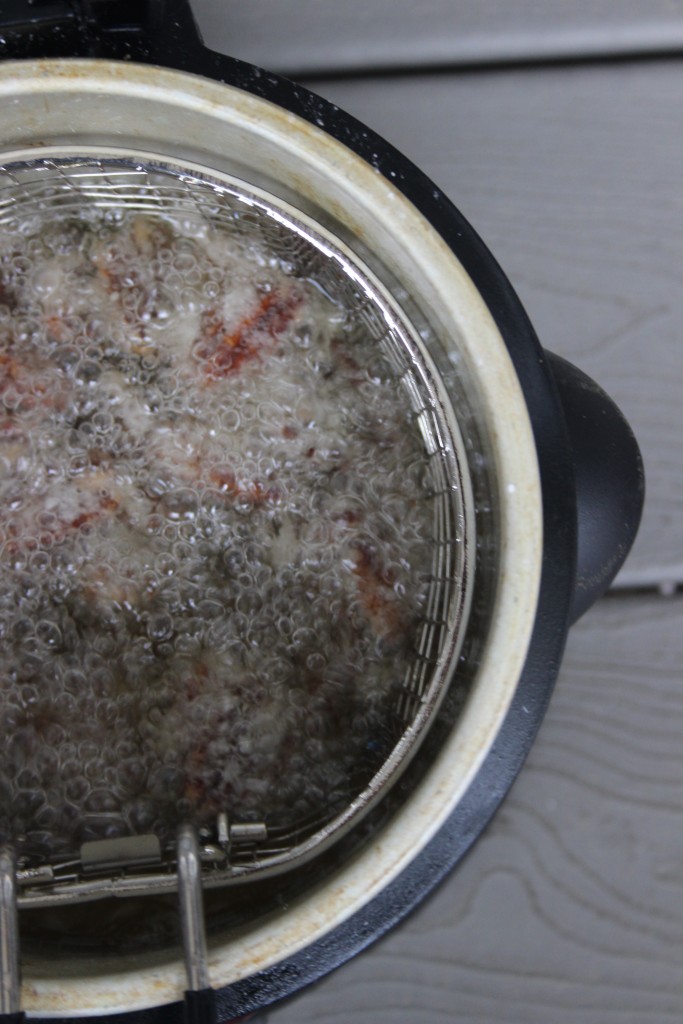 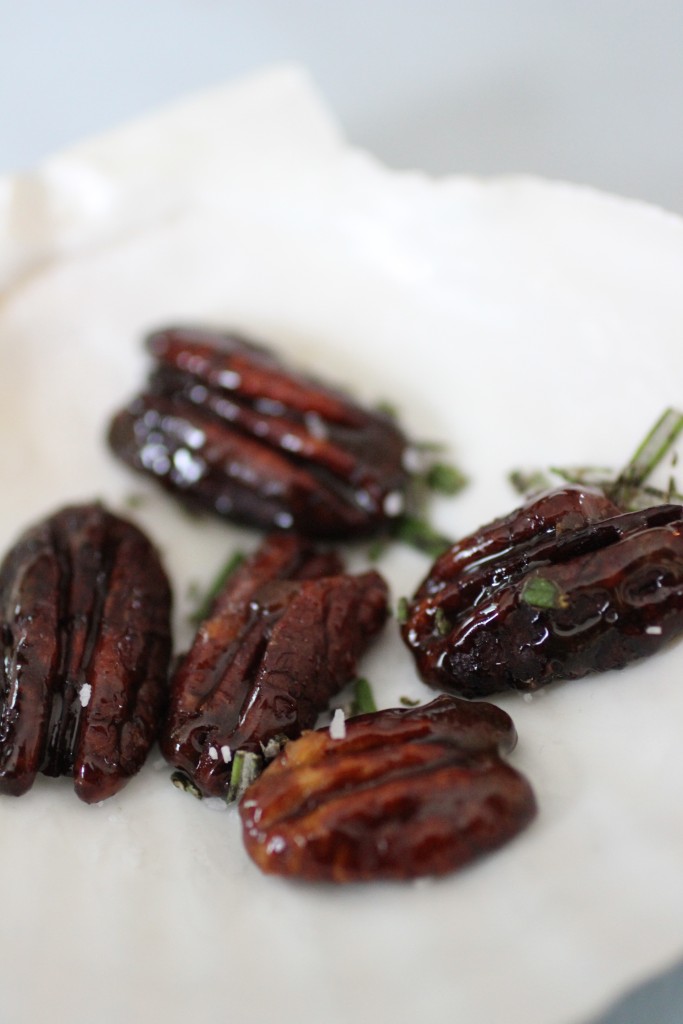 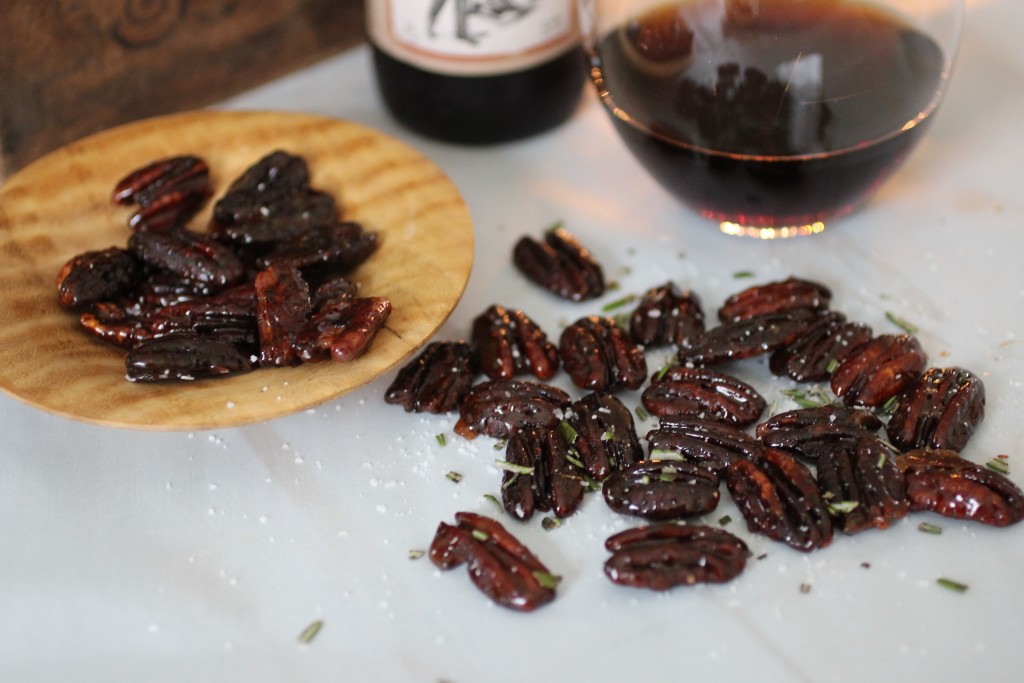