I think we mentioned that we have been going through our old cooking magazines and pulling out interesting recipes.

One of the highlights of our downtime in the UK was reading back issues of BBC Good Food.  What a beautiful magazine! We now subscribe online, but had a few old copies lying around and came across this recipe for flourless chocolate and pear cake.  You can find the recipe here:

We changed the recipe a little by using walnuts rather than hazelnuts and opting for three pear halves rather than seven.  The end result was a dense, chocolatey bit of heaven which was sweetened by a taste of pear.  We felt like we were eating chocolate fudge sauce that had thickened after being neglected in the pan…and it doesn’t get much better than that! 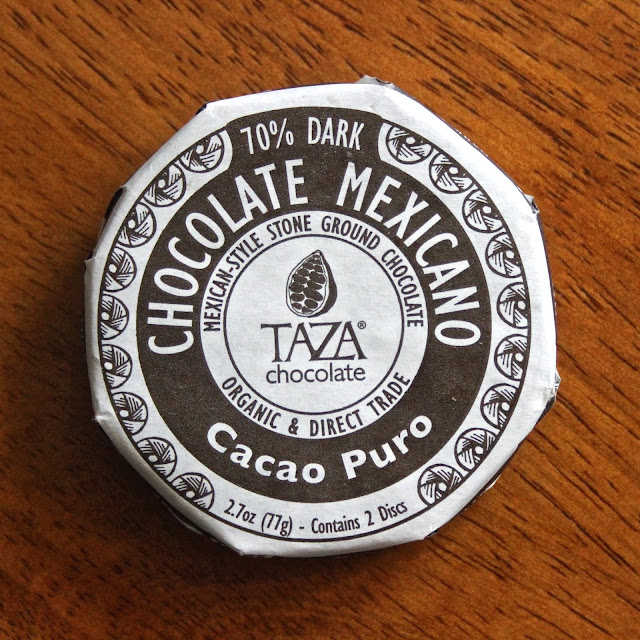 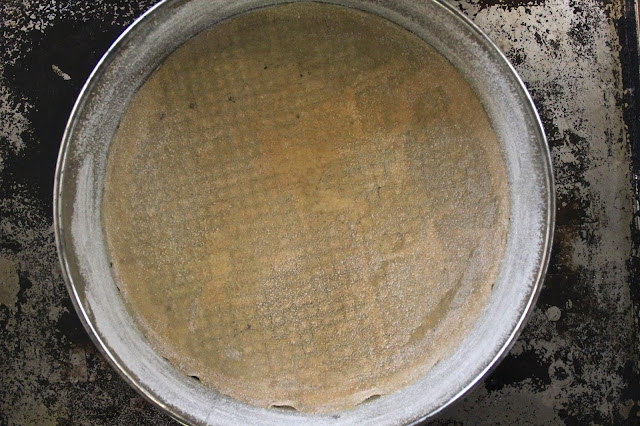 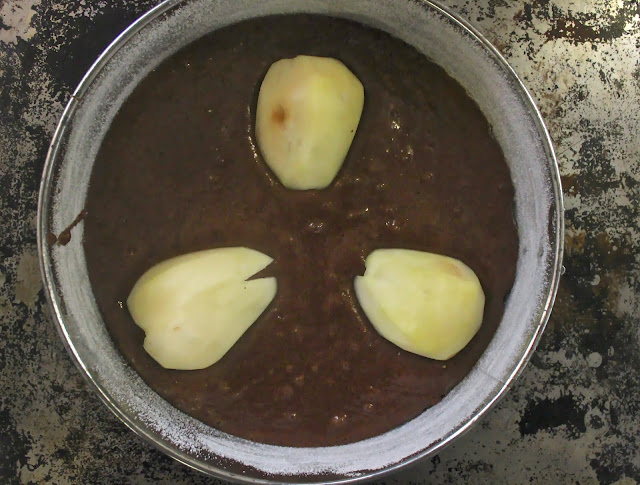 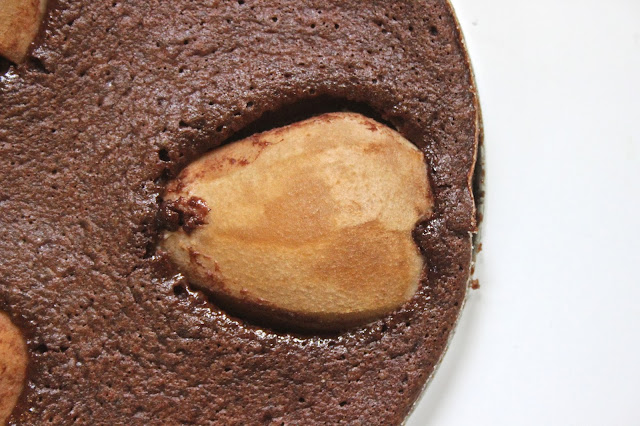 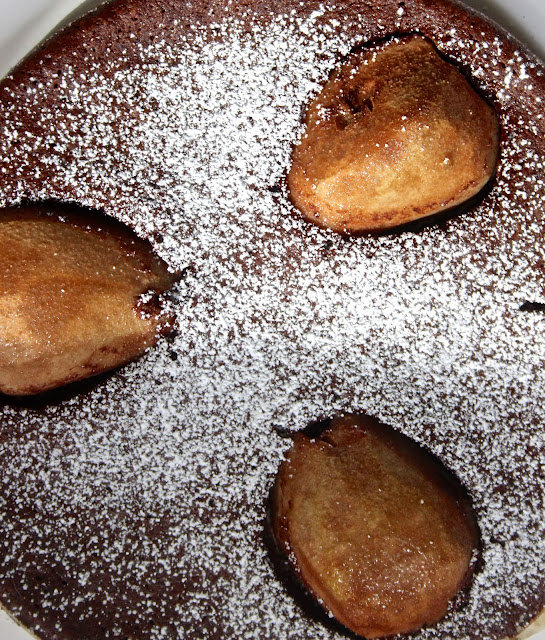 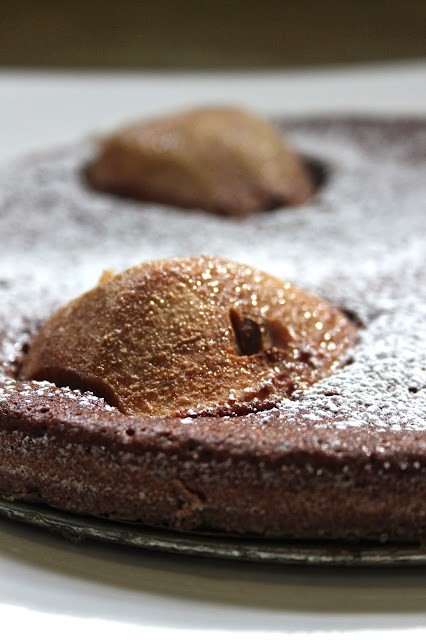 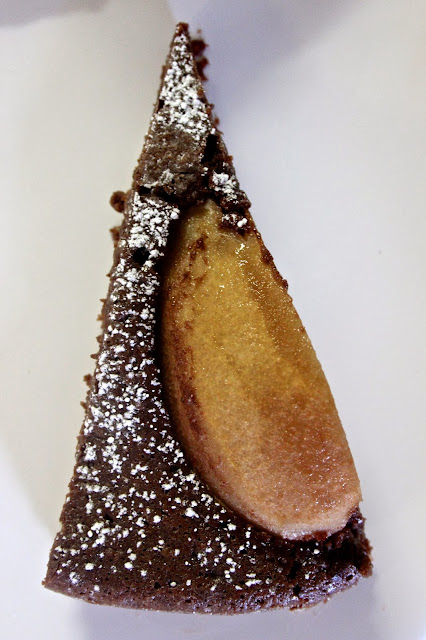 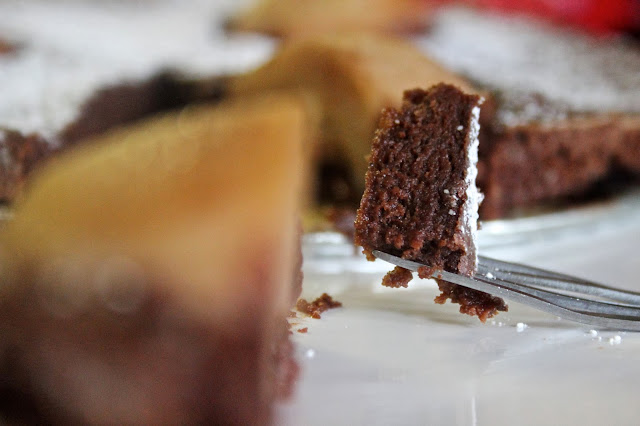