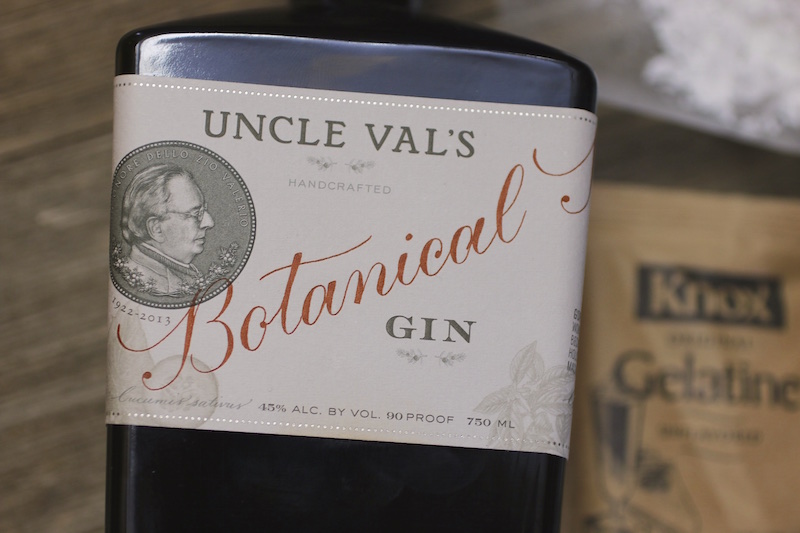 “THE GIN & TONIC HAS SAVED MORE ENGLISHMEN’S LIVES, AND MINDS, THAN ALL THE DOCTORS IN THE EMPIRE”

While we might think of gin & tonics as a swanky bar drink, the history is actually quite the opposite. Gin was originally given as a medicinal treatment in Holland during the 16th century to aid circulation. In the 19th century Brits traveling to and from India added a sugar water to the quinine making the treatment of Malaria and scurvy a bit more palatable. It didn’t became a luxury on our cocktail carts until around the time of World War I.

Loved for its simplicity, the classic gin & tonic consists of four ingredients- gin, tonic, lime and ice. I can semi recall being a young girl and being asked to run down to the kitchen from the sundeck at the vacation house we stayed at to make gin & tonics for my dad and his friends. Only unlike most kids I did not taste it. True story.

If you follow our blog you know that one of our early recipes was for Dewar’s Whisky Gums. They are also a fun evening treat for nights by the fire or parties. We thought we would try something a little different this time based on the same recipe but using one of our favorite drinks- the gin & tonic.

Quite a few years ago we purchased our first circulator, a monster of metal, that we bought on eBay for a few hundred dollars. It was like doing a science experiment every time we pulled it out. It required a very large tub of water, a lot of directions and a lot of muscle just to put it in place. Sous Vide cooking at home has changed a lot since then and it is now simpler than ever.

At our house we love to use our Anova precision cooker to achieve perfect internal temperatures in foods from beef to eggs. It is also a great way to set gelatin for these melt in your mouth gin & tonic gums. This fun recipe is loosely based on a favorite from Heston Blumenthal’s Fat Duck Cookbook. You don’t need a circulator, and can easily use this recipe if you don’t have one.