Growing up in Massachusetts every summer vacation I had was generally spent on Cape Cod or in Rockport.  Summer vacations were not complete without eating clam chowder every time we went to a restaurant.  Not the kind you get in a big can, but creamy chowders filled with chunky potatoes and loads of fresh clams.  Fast forward to adulthood and an annoying shellfish allergy which developed and I can no longer enjoy my summer staple.

Merriam-Webster’s proper definition of chowder is “a soup or stew of seafood usually made with milk or tomatoes, salt pork, onions, and other vegetables”.  If you live in New England you know there are loads of versions- even differences depending on where in a certain state you live.  Chowder is said to have been served since 1836 in Boston and even appears in Melville’s Moby Dick.  Truly though, it originated with the Native Americans, long before the English arrived.  This version was more of a clear soup with the clams being steamed open in seaweed.  While some versions are thin, some thick, some white, some pink, I prefer the classic Massachusetts style New England Chowder, because, really, for me, there isn’t another, but don’t tell that to my new neighbors here in Southern Rhode Island.  They like their chowder with clear broth. 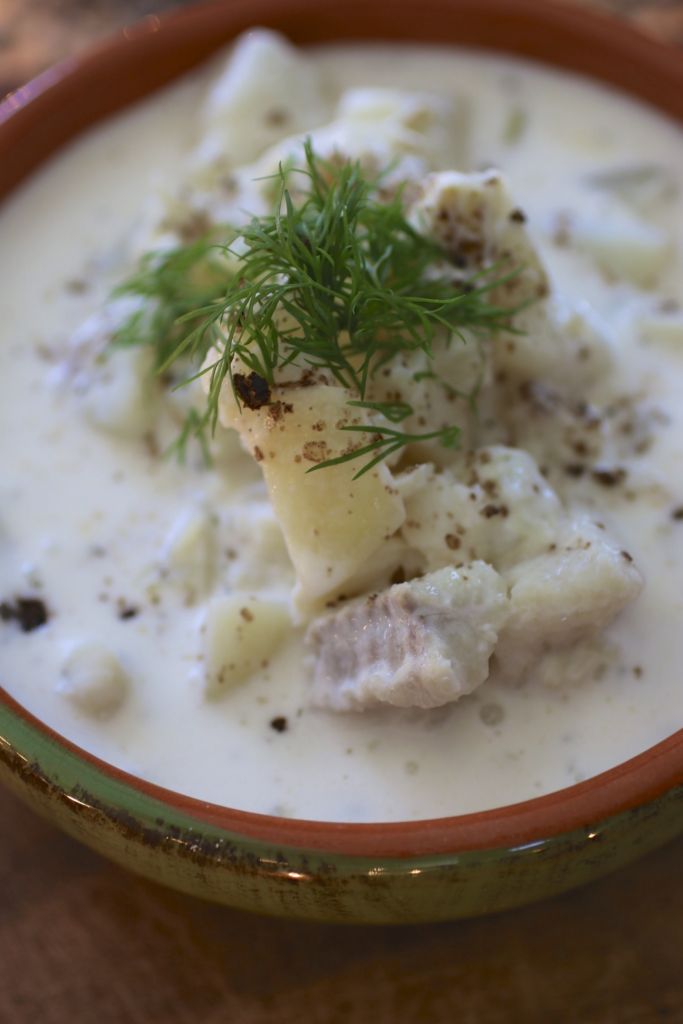 Since I can no longer enjoy the luscious clams that are part of the chowder, I now only eat the chowder I make at home substituted with fish.  And what better time to make a warm, creamy soup than on our first expected snowy December day? We are lucky here in that we have a few really good local fish shops which sell day boat fish coming right from the coast.  My favorite fish to put in chowder is Haddock.  This white fleshed fish holds up well and makes the chowder decadent with large meaty bites.  I also like to add a little Cod, which is also white fleshed but much flakier.  I find that adding both makes the broth thick and flavorful. 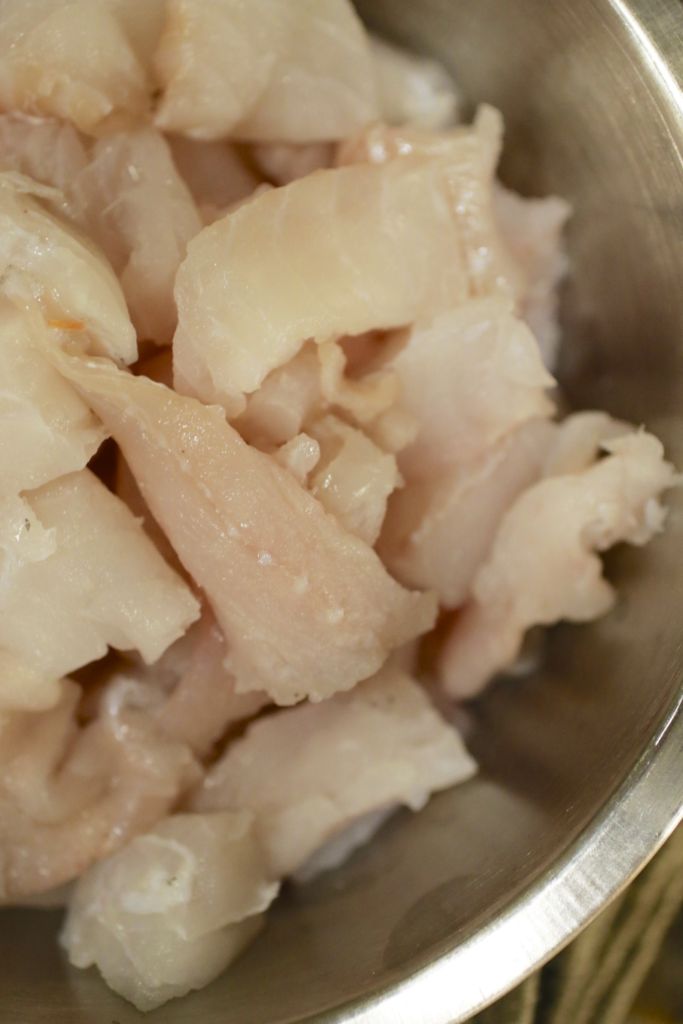 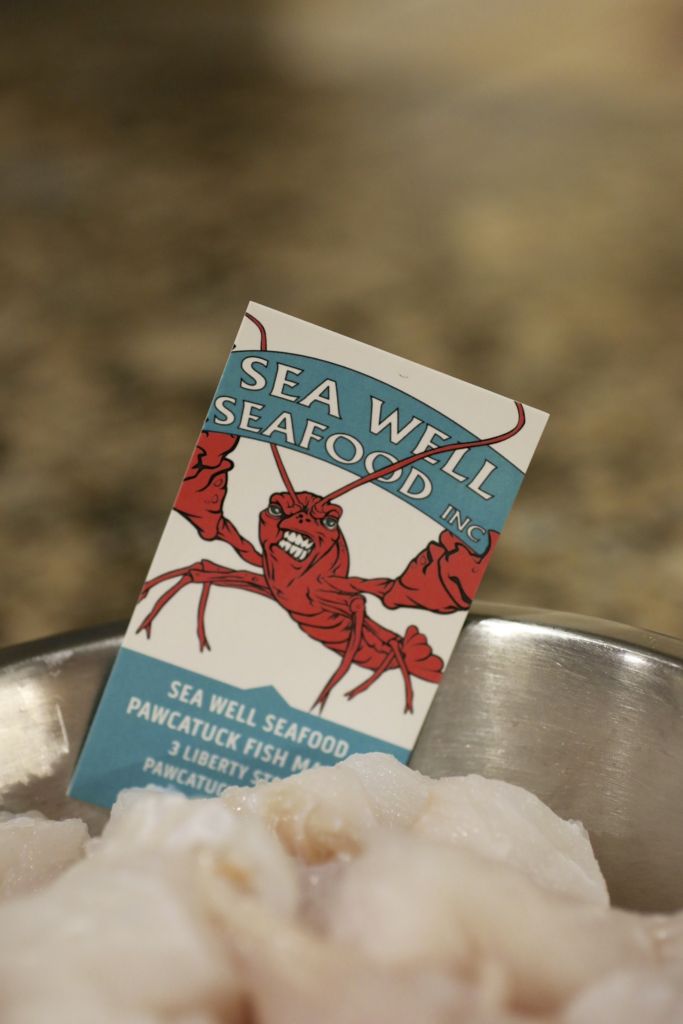 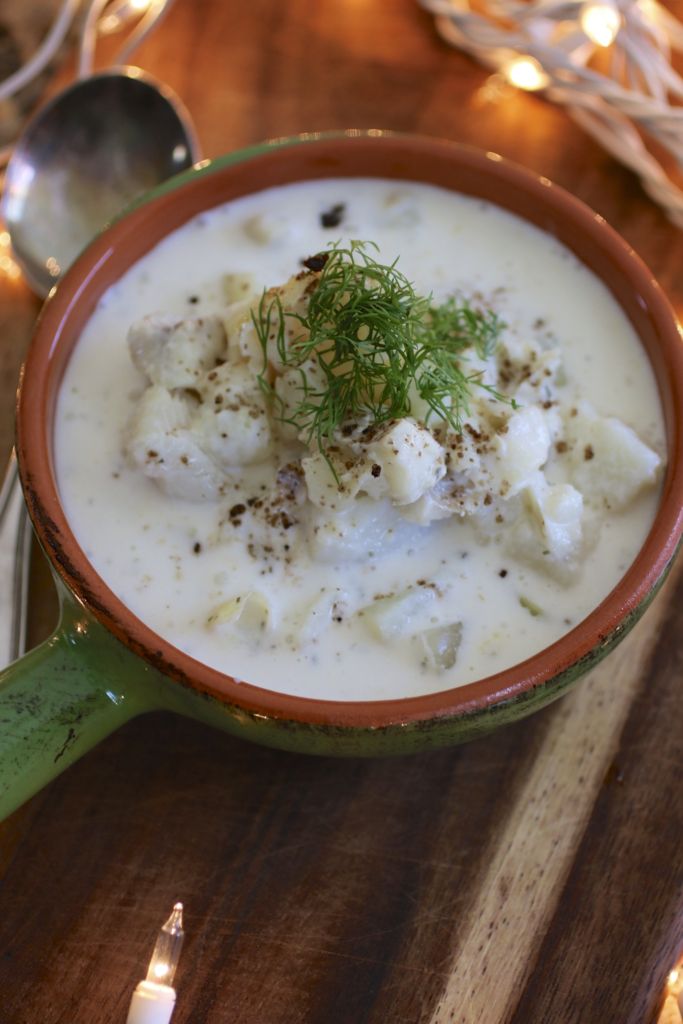 A side note- this soup is EVEN BETTER the next day.  If you make a big batch be sure to save a bowl for day two.  The potatoes absorb the liquid and become almost like a mashed potato in solid form.  My favorite part about this soup is that it is so easy to make! Skip the cans of clam chowder in the market.  This version is not gloppy and by using day boat fish we are keeping it local.  Something we are really trying to incorporate into our lives on a daily basis. 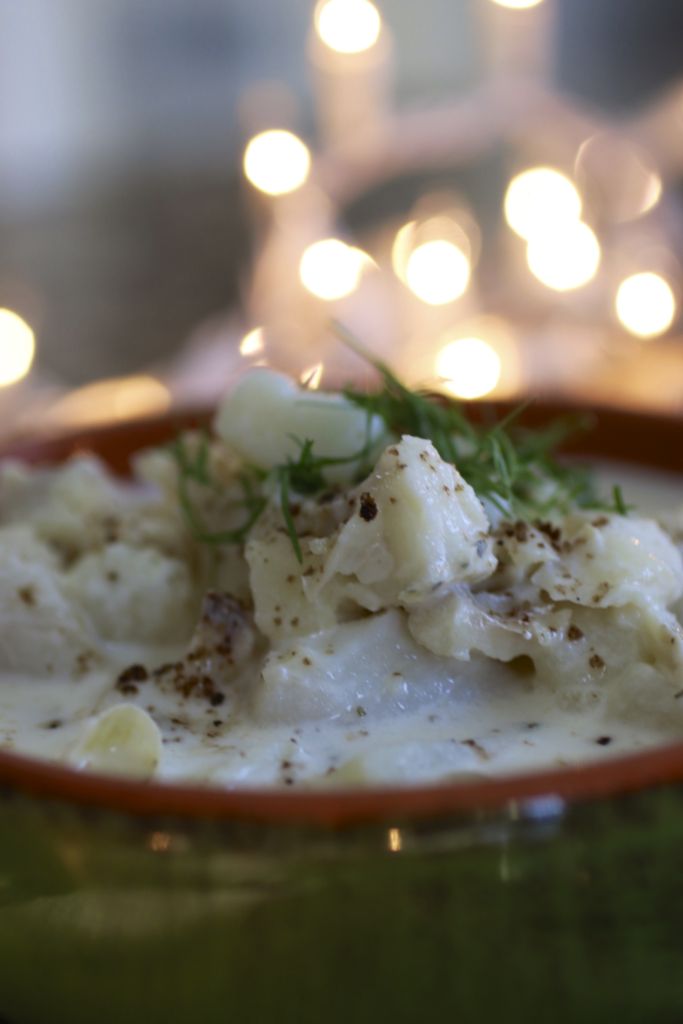