Every now and then an idea will come into my head and there will be no stopping me from trying it out.  Hence the creation of this sandwich.  I love grilled cheese.  I also love mashed potatoes.  What could be better than putting them together? Three or four more ingredients to be exact! 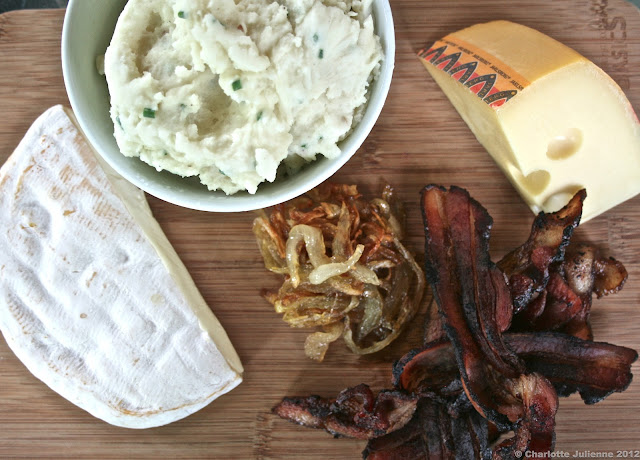 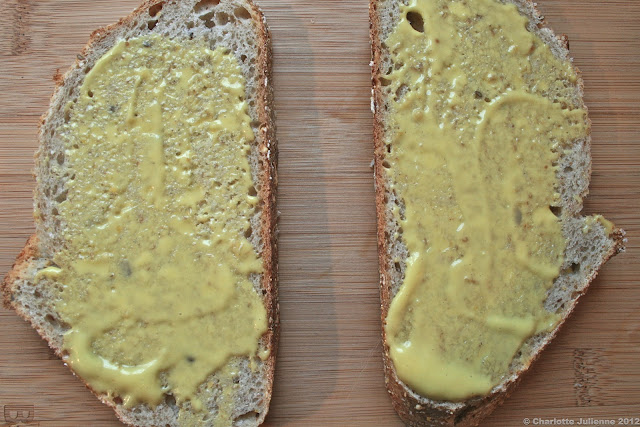 To begin with I buttered the outside of the bread and then layered the inside with homemade mayonnaise which was made earlier in the day. 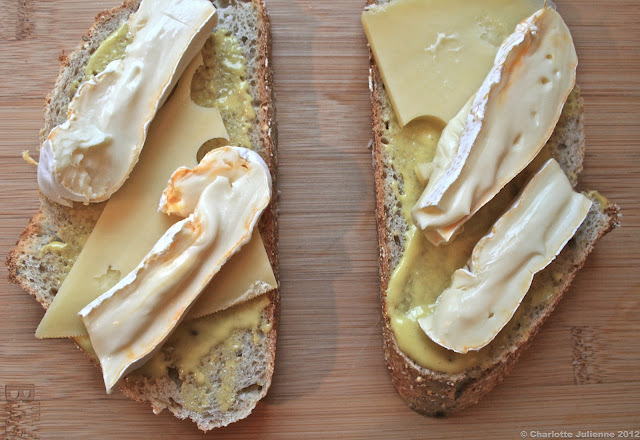 I decided to use Jarlsberg Norwegian cheese and a cows milk Reblochon from the French Alps.  The Reblochon was a little pricy at $14.95.  Yes.  I paid $14.95 for a small wedge of smelly, oozy cheese.  And it was worth every penny. 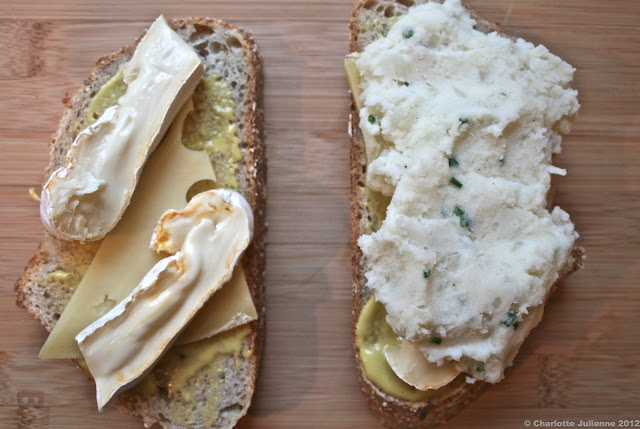 Knowing this would be a huge sandwich I decided I should only layer the rest of the ingredients on one side…so the creamy mashed potatoes with chives went on next. 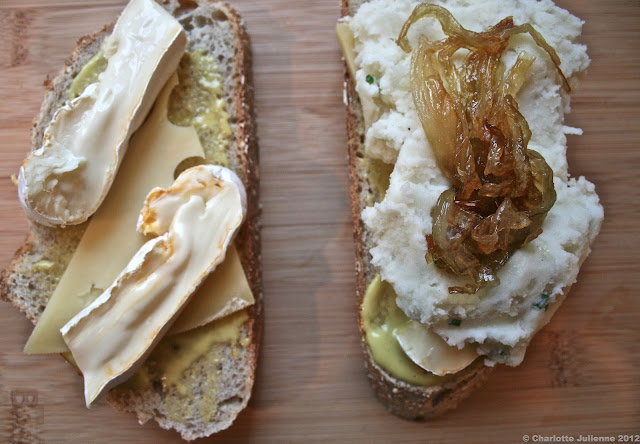 Followed by the caramelized onions. 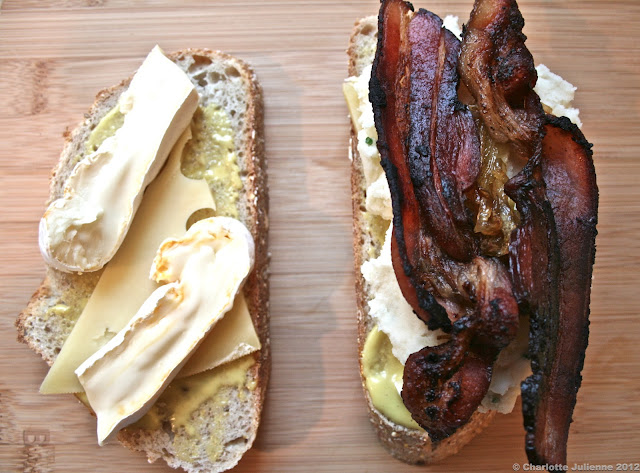 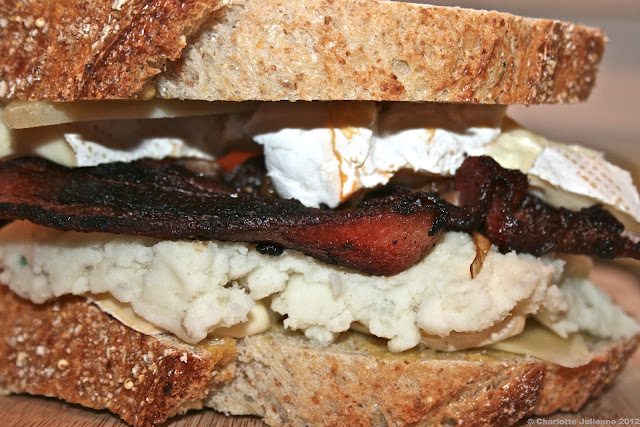 The sandwich was then placed in the frying pan to crisp the bread.  After a little while it went under the broiler to finish melting the cheese. 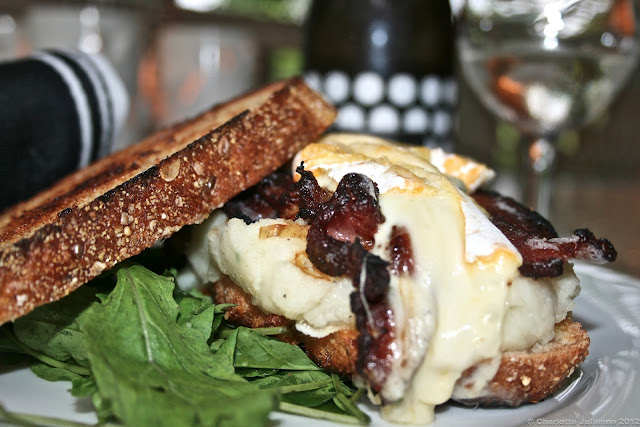 The downfalls of this sandwich story are….
It is too big to eat with your hands.
It is messy.
It is not vegan, vegetarian or carb conscience friendly.
It takes a while to assemble.
It is definitely not healthy.
You may only be able to eat two bites or go for it and feel sick for an hour or so later.
But if you can get past all of that….
WOW.
What a sandwich.
The sweet caramelized onions…Giada once said the best way to caramelize an onion is to be patient… She was right.
The crispy bread.
The melty cheeses.
The sharp peppery arugula.
The tang of the mayo with the creaminess of the potato and the smokey bacon….
What else do I have to say?
Go make one!
Oh…and help us name this thing.  We are taking suggestions here as comments…
or… on Facebook
http://www.facebook.com/pages/Charlotte-Julienne/331561313591427
or on Twitter @cjfoodblog 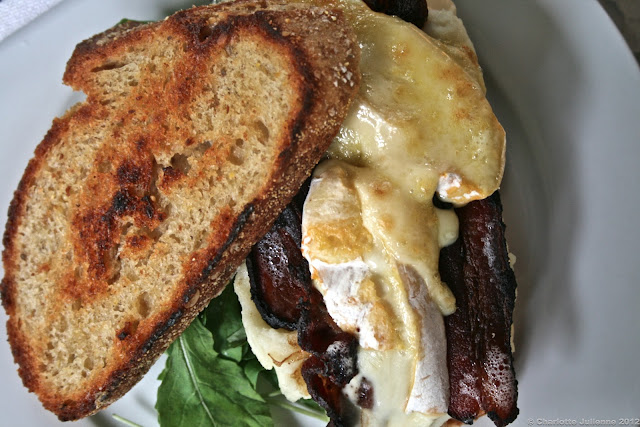