We have been in the process of  starting to renovate our kitchen.   I say starting because we have only gotten as far as taking down one ceiling tile and emptying the cupboards.  A job that was supposed to be finished up by now…before school was starting! In the process of emptying the cupboards, I came across this little jar of first run maple syrup we were given in the winter from some friends of ours.  Still unopened, it inspired me to make a lovely Sunday breakfast for the kids, one of whom has not been able to eat solid foods for over a week (until yesterday).  We all LOVE pancakes in this house.  Although the two pancake makers make them differently…we don’t usually stray from our two basic recipes.  This time we wanted something lighter and headed towards a great book called  Made in America by Lucy Lean.  This is a recipe from the Four Seasons Resort in Hawaii for Lemon Ricotta Pancakes which sounded really good.

In a large bowl, mix together the flour and sugar and then add the egg yolks, lemon zest and lemon juice until just mixed.  Add the ricotta but do not over mix.  Slowly mix in the clarified butter again being careful to not over mix.  Whip the egg whites with a pinch of salt until soft peaks form and then, just before cooking, fold them into the mix.  Cook in a pre-heated non stick pan.  These pancakes will not bubble so you need to really watch them until the edges turn golden brown, flipping them at that point.  We served ours with raspberries, bananas and that lovely and flavorful first run maple syrup which inspired the entire breakfast.  These were so delicious and light.  The lemon flavor made them scream summertime.   While they were not fast or simple to make (we felt like it involved a little prep work)…they were really incredible.  This recipe will easily feed five or six people depending on how big you make your cakes. 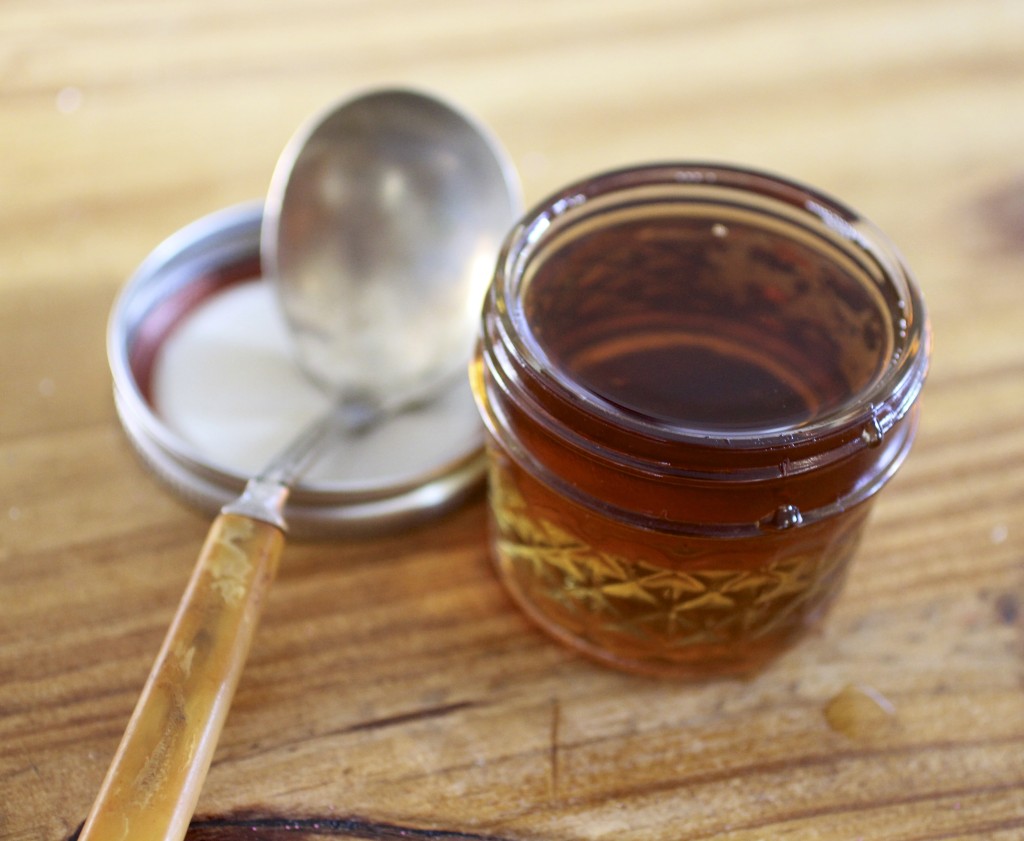 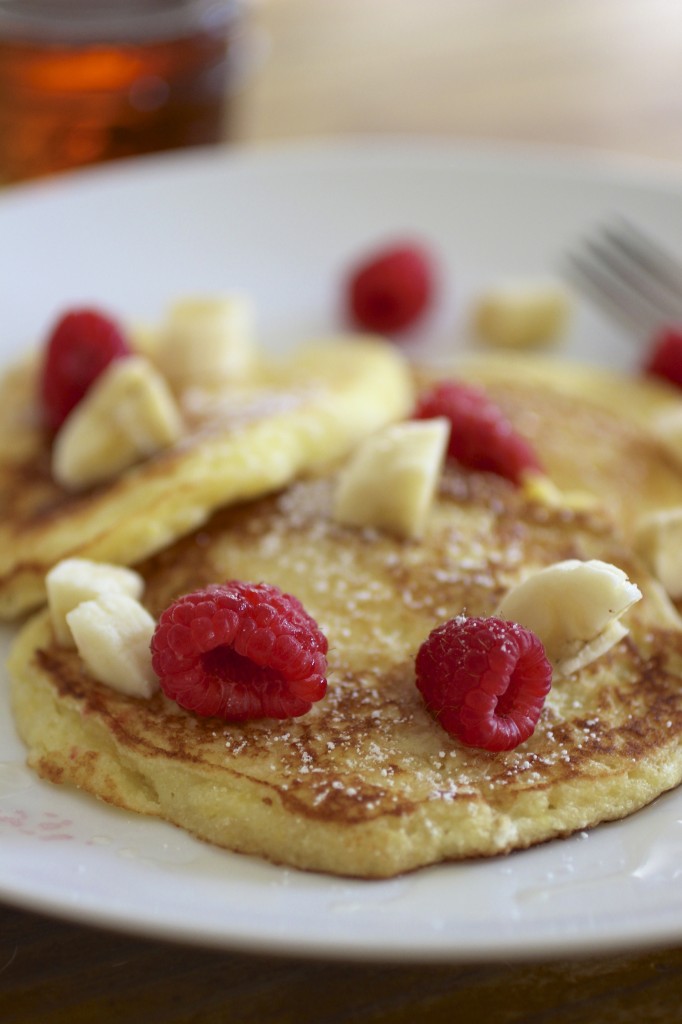