At our market, near the deli, you can find pre-packaged meats and cheeses.  One day we noticed something called “cheese ends” which are sold for people to use in making cheese sauces.  We decided to buy some and created this yummy bite size treat. 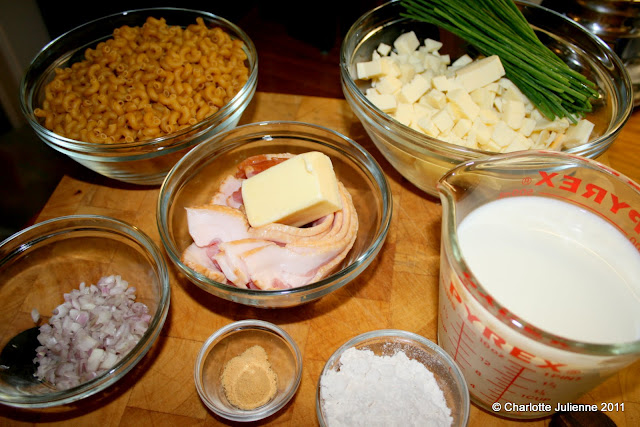 We began with a package of  elbow pasta, the “cheese ends” which weighed about 16 oz., slab bacon, 3 T of butter, one shallot, a pinch of mustard powder, 3 T of flour and 3 C of whole milk. 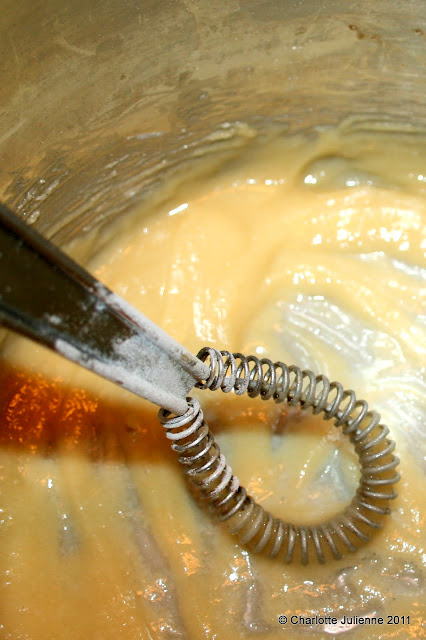 We made a roux of 3T flour to 3T butter.  We started by melting the butter and then wisking in the flour.  We wisked for about five minutes to keep the mixture moving constantly. 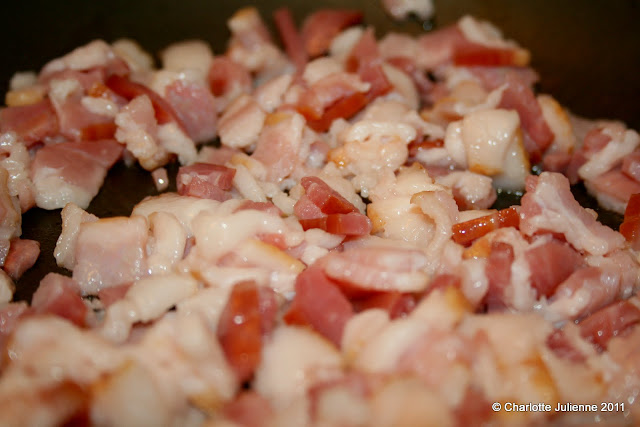 After the five mintues were up, we added our shallot and milk and let the mixture simmer for ten minutes.  In that time we cooked the bacon which had been chopped and also diced the “cheese ends”. 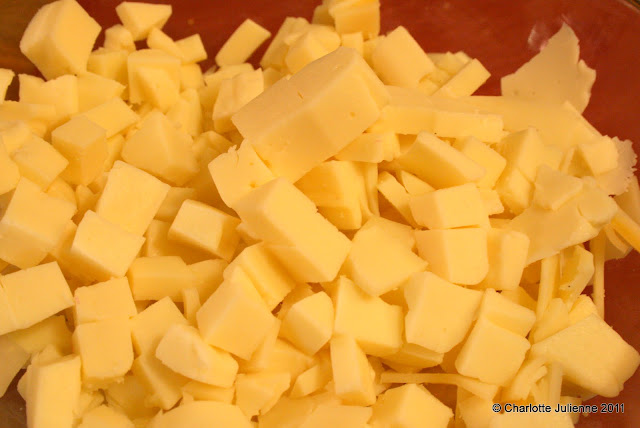 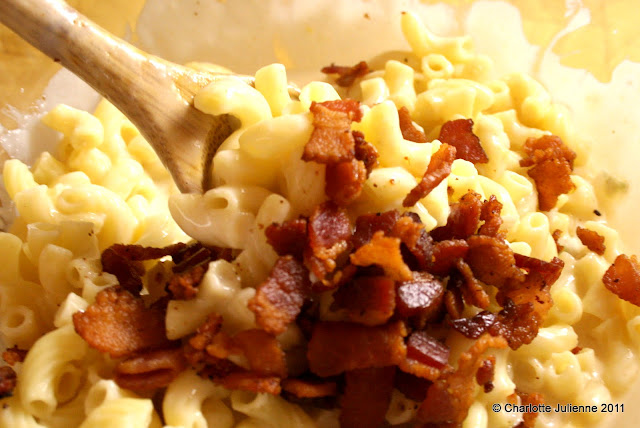 After the sauce had simmered for ten minutes we added it to the pasta and mixed it in with our bacon and a cup of Panko. 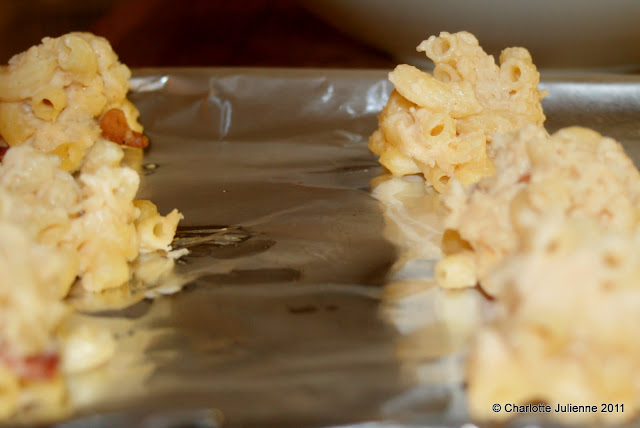 We let this mixture come to room temperature and then put it in the fridge for about 24 hours.
When the mixture sits, it gets to harden, which makes it very easy to then form into small bite size balls.  After the 24 hours were up, we rolled the balls in a mixture of flour, salt and pepper and then they went into an egg yolk bath before we tossed them in Panko. 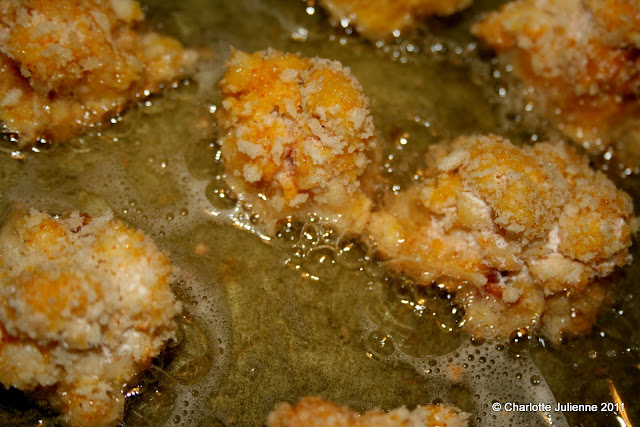 We shallow fried these mac, cheese & bacon bites in Canola oil until they were golden on each side. 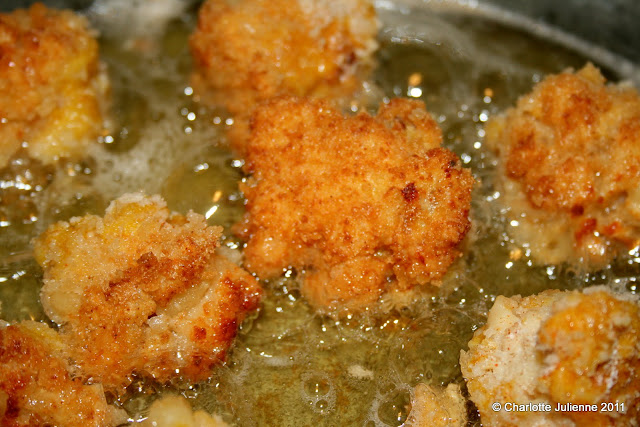 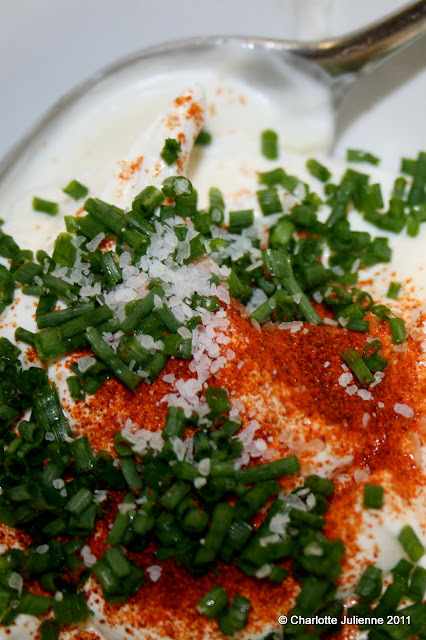 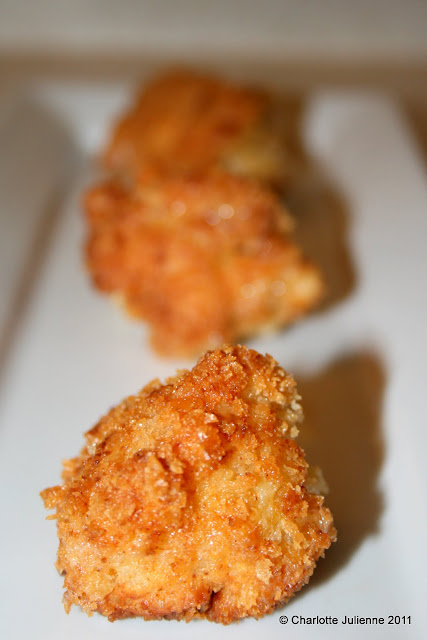 They were served with a sour cream and chive dipping sauce to which we added a pinch of paprika and salt.  They were crunchy on the outside and creamy on the inside.  The bacon added a nice smokey flavor.  These would be perfect for a party as they are just the perfect size for a one bite treat!