I have not been to a Super Bowl party in a really long time….as in before Pinterest existed.  Back then I had some great friends who would always host fun get togethers for the big game.  They always had a full house and loads of food to keep everyone happy.  I’m sure I’m doing a bit of a disservice to my kids by not being a Super Bowl sort of mom, but we are just not a football family.  If I’m totally honest I don’t even understand the game.  Throw in a British husband and we are really lost in terms of the rules of the sport!

What we do love though, are all the foods that make the night so fun.  This year we are going to celebrate the day with some bite sized foods that are super yummy and easy to make.  These mashed potato stuffed jalapeño poppers are so good you won’t be able to stop with just one.

We started by pre-heating the oven to 425.  We then began cutting about one third of the pepper off the top.  Most of ours got cut a little bit too much…try really hard to cut just a portion so you make a little boat to stuff with your filling.  We seeded these and set them aside.  In a separate bowl, we combined 3/4 cup mashed potato, a spoon of grainy mustard, a pinch of bacon chipotle salt, a spoon of sour cream, 1/4 cup of feta cheese, 1/4 cup of shredded cheddar and 1/4 of a brick of cream cheese.  We added a splash of heavy cream just to get it moving around a little.  All of these ingredients were blended together with a hand mixer and then used to stuff our peppers which had been set on a baking tray lined with parchment.  Do you use parchment? Oh my goodness, it is my favorite kitchen supply ever.  We finished these by dipping the tops into a bowl of Panko which had been sprinkled with more bacon chipotle salt and placed them into the oven where they baked for about twenty five minutes.

Let’s just talk a minute about how amazing these taste.  They were creamy, crunchy and had the slightest amount of heat at the end.  We love texture in our food and the Panko on top really adds to that love.  Try them and let us know what you think! 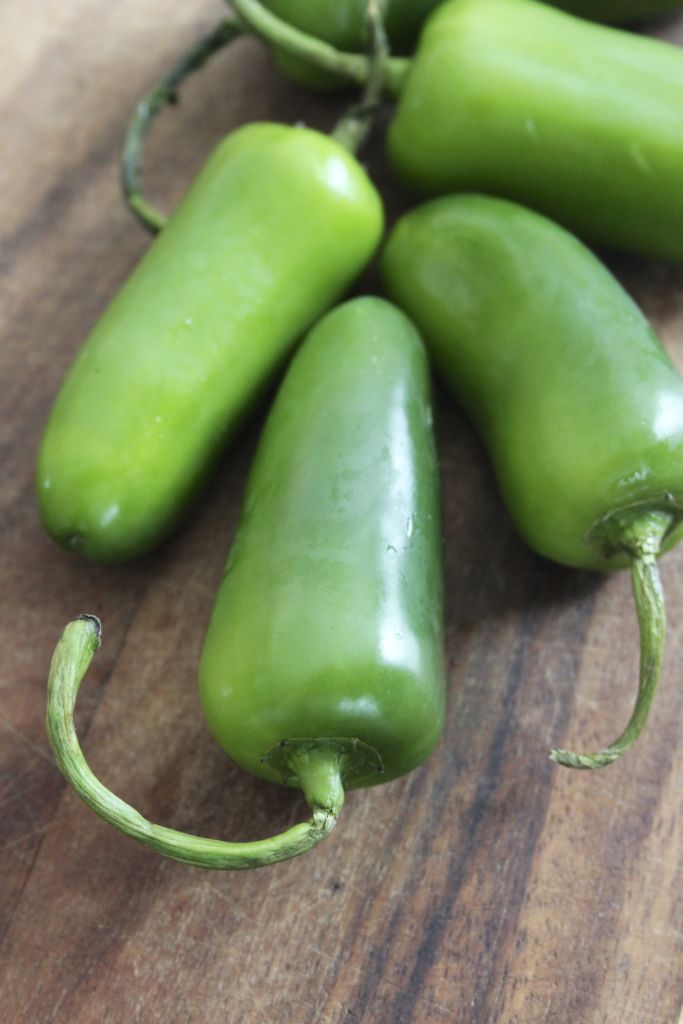 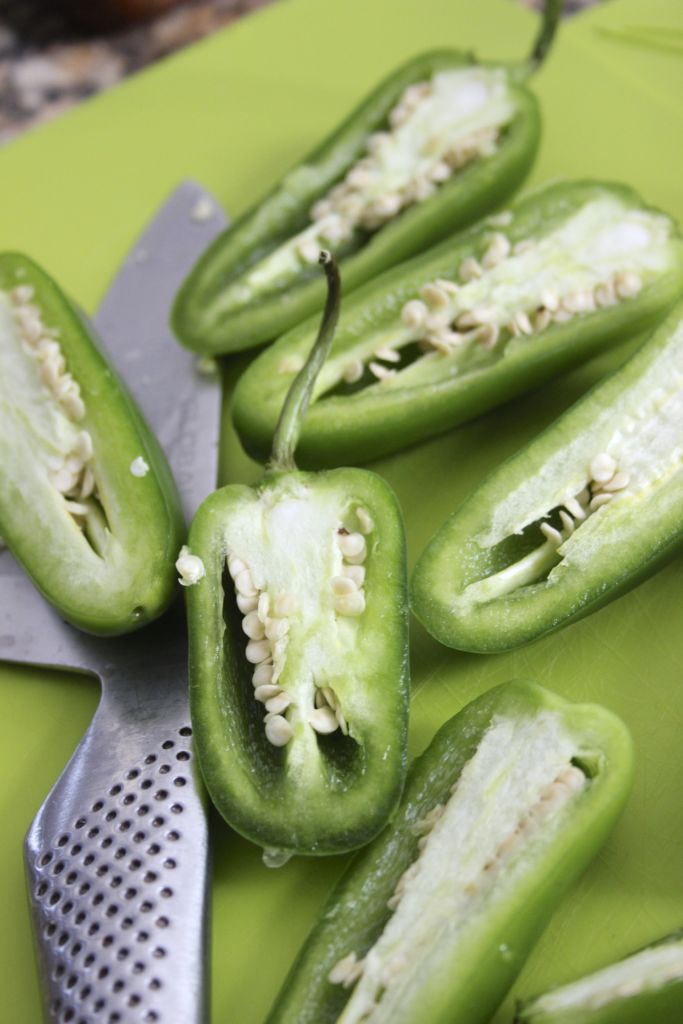 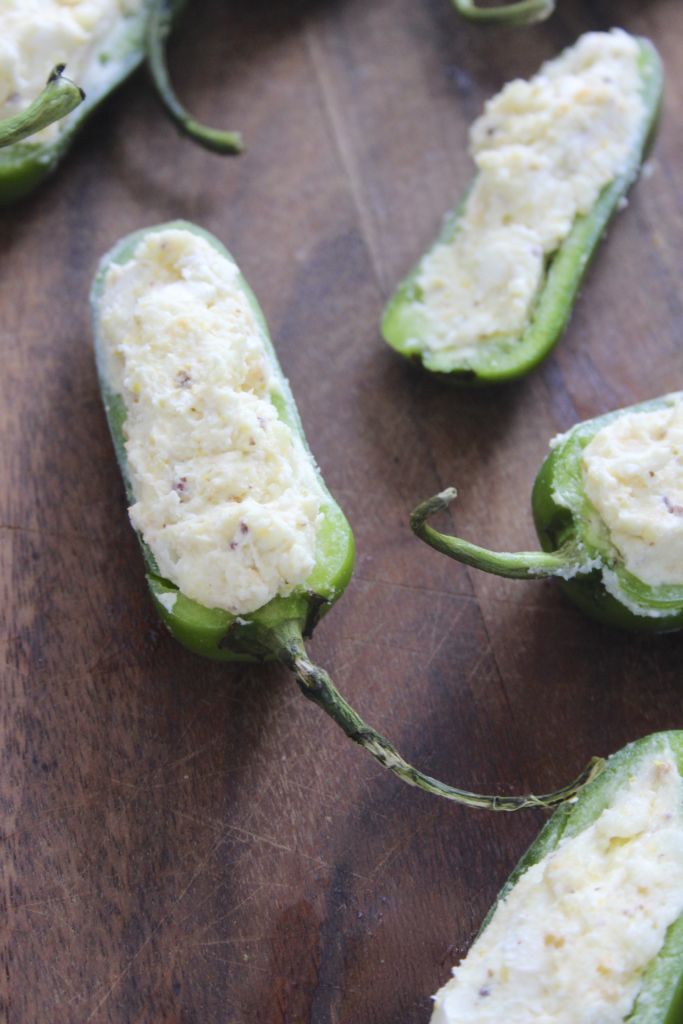 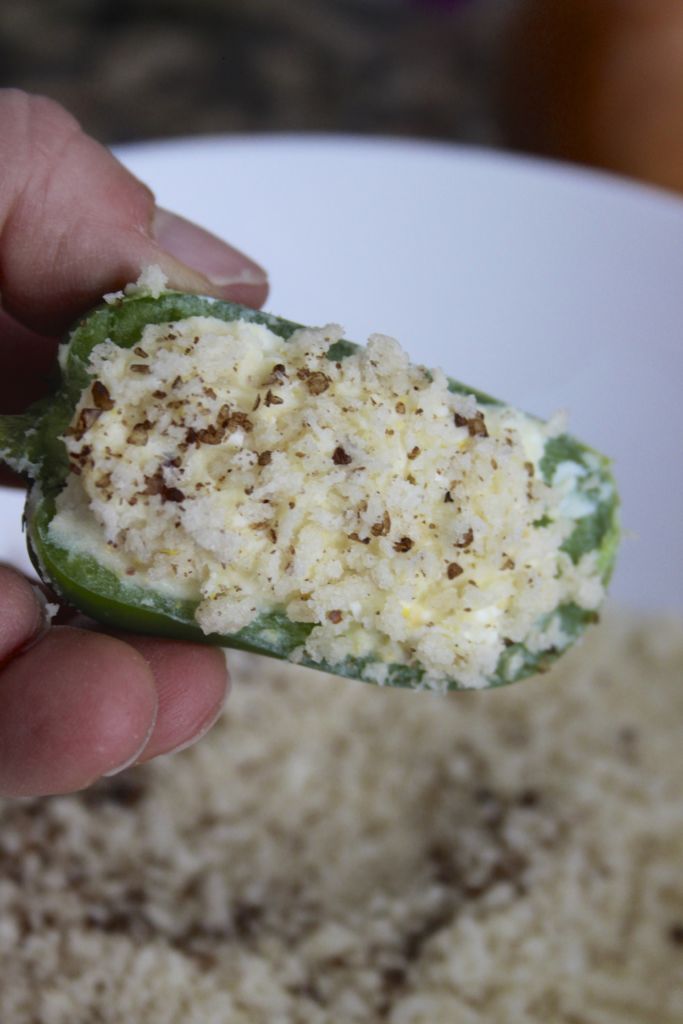 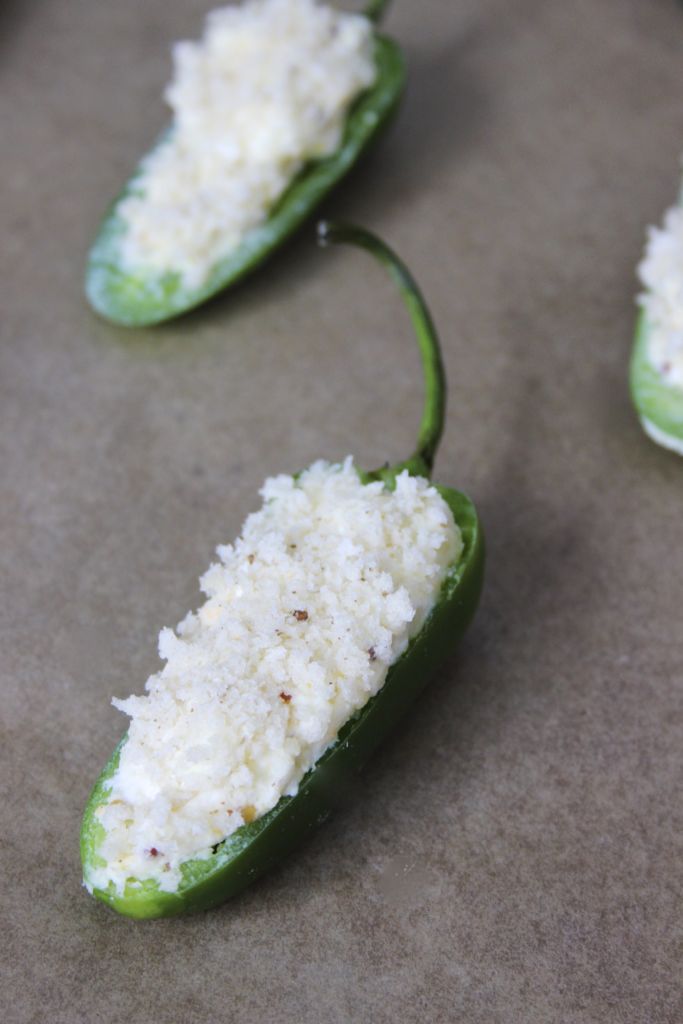 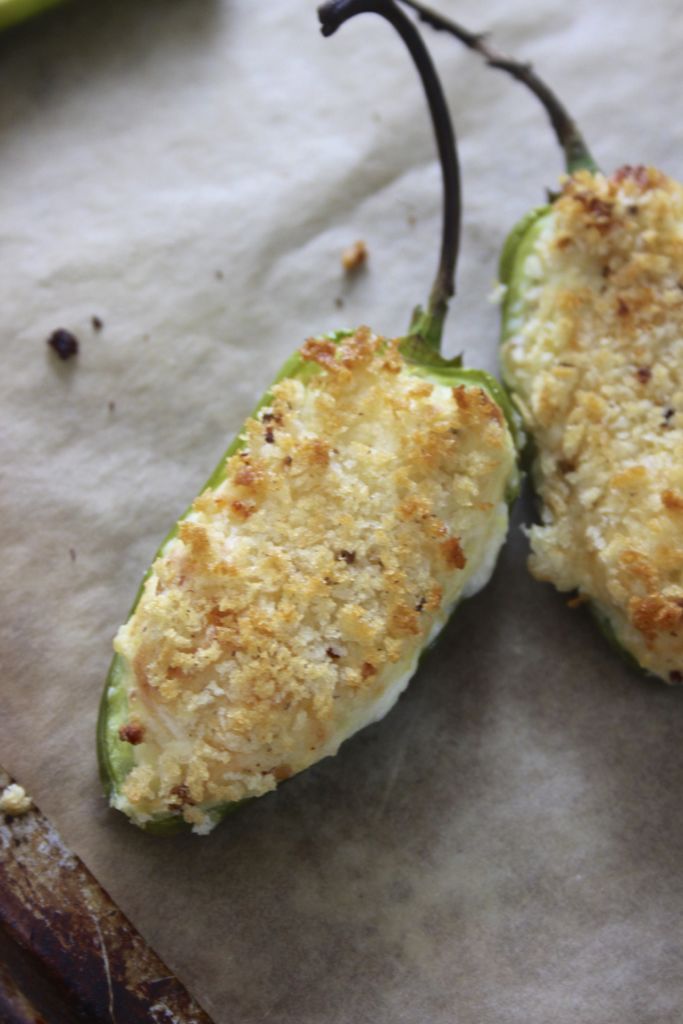 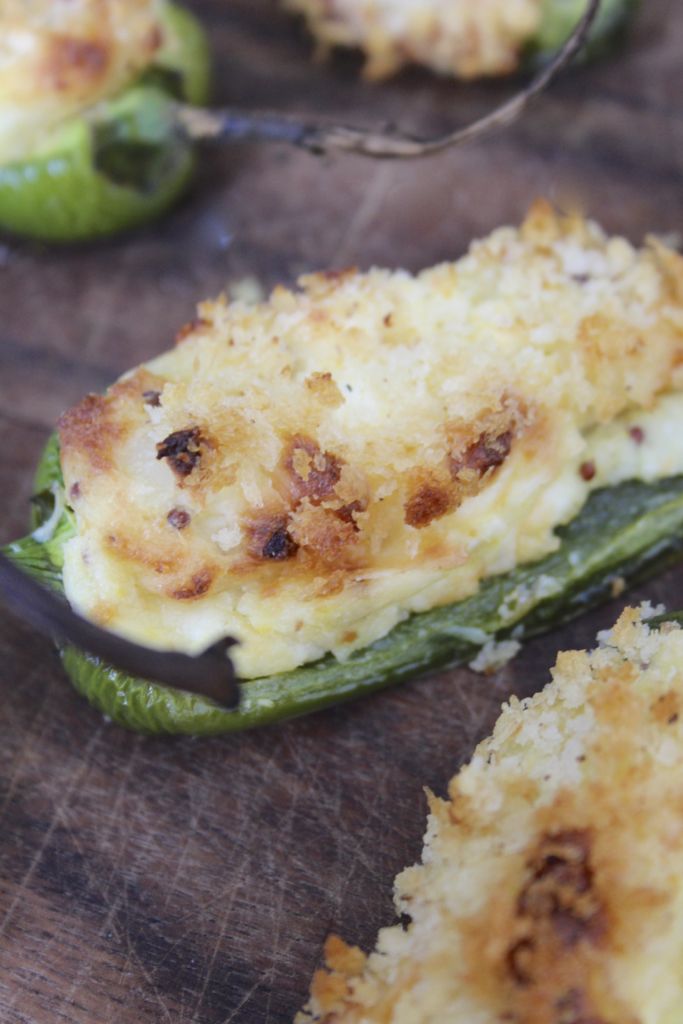 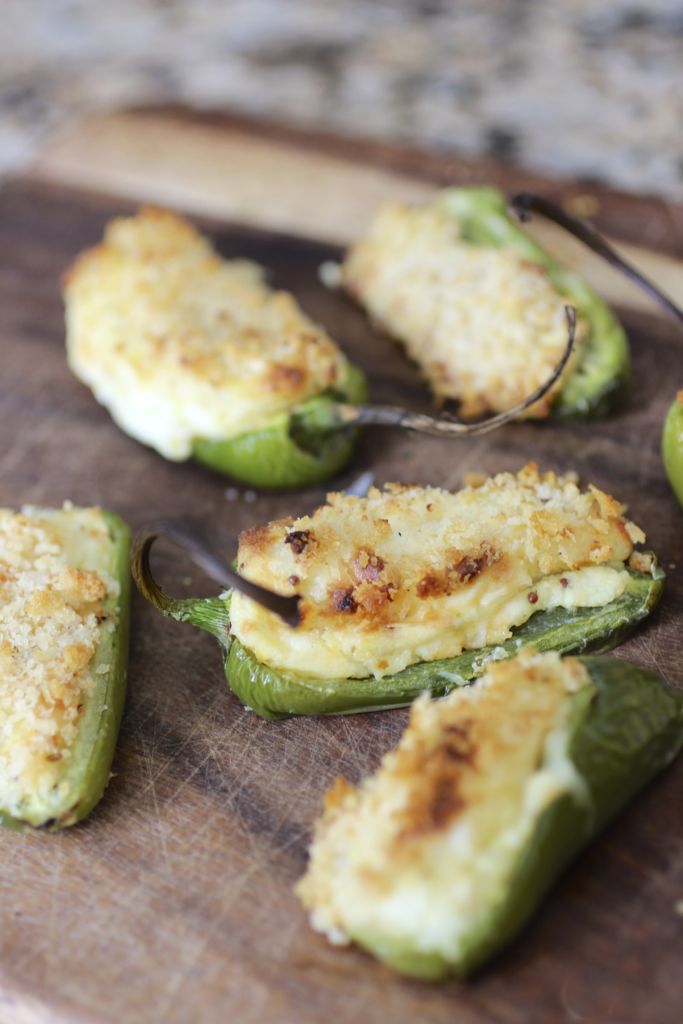