At the liquor store we came across this British India Pale Ale.  It is brewed in London and we loved their bottle design and their history.  Meantime Brewing Company has this great film on their website : Meantime History 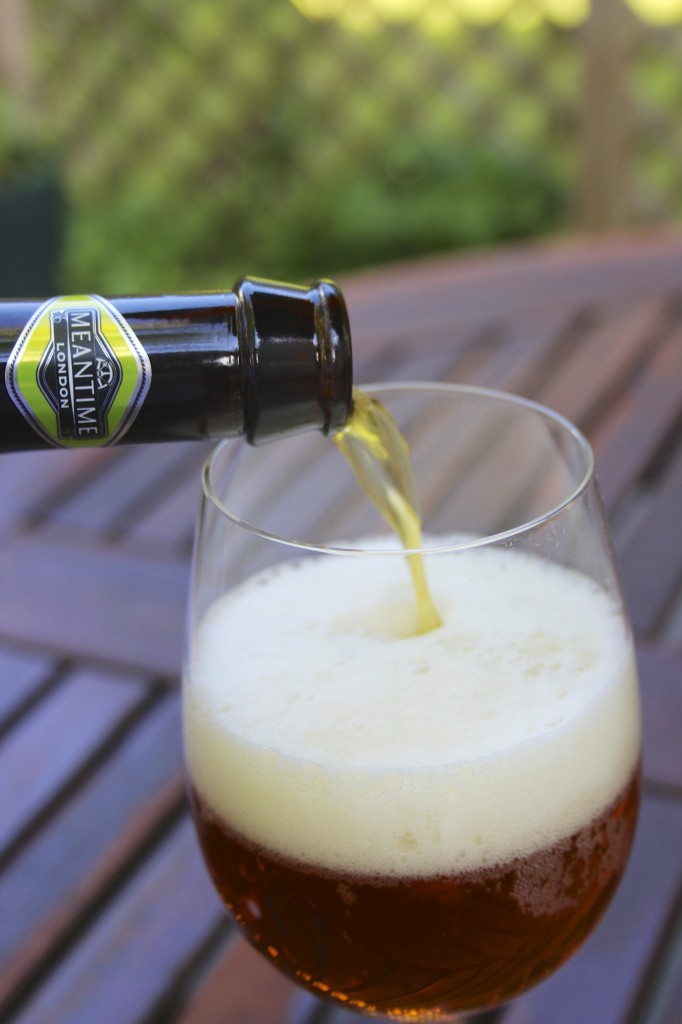 This beer is a really honest brew and we are so glad that we found it available here in the United States. Now a very brief history lesson on where IPA gets its name from. Essentially the pale part of the name comes from the pale malt used in production and the India part is linked to the British Empire.  The East India Company (and the garrisons of British soldiers) needed something to wet their whistle in the heat of India. The hops added to the beer are a natural preservative and it was discovered that this light beer with hops not only did not spoil on the long sea voyage to India but it actually benefited from the time left to mature. So there you have it India Pale Ale….or I.P.A 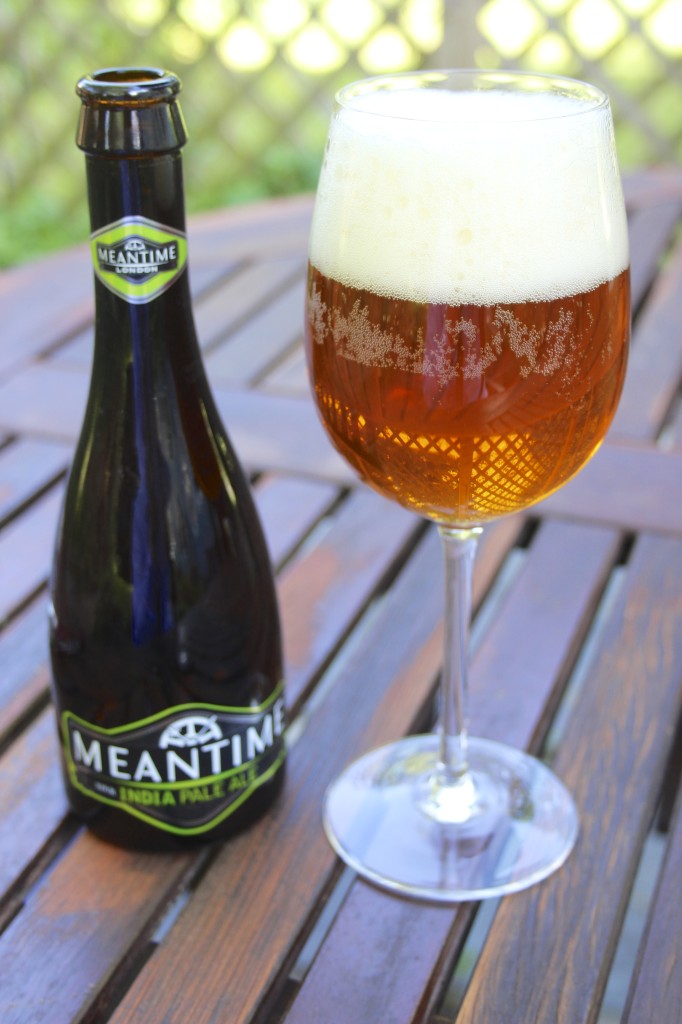 So this Meantime IPA is one of the best we have tried in a long time. All too often the small brewers here in the United States over hop their brew and call it an IPA. Meantime on the other hand have achieved an excellent balance of malt, hops and a note of ….well it is not citrus …but maybe dried orange peel or maybe it is like a rich marmalade…it is hard to pin point but you get the idea. It pours beautifully and has a rich white head atop an amber liquid.

This is a beer that needs to be served close to room temperature rather than chilled and is a great accompanyment to a good steak ….although we are betting it also works well with a lamb curry.

If you find it here in the US we urge you to give it a try.