We have recently moved from Massachusetts to Rhode Island.  Still New England.  Still home to Red Sox fans.  Still close enough to where we are from (at least one of us) that we could easily jump in the car and be back in less than two hours.  We are settling in.  The boxes are (mostly) out of the main living areas…the grass is starting to grow on our dirt and rock covered plot of land that is bigger than our entire block back home.  Everyone is finding a routine.  Mostly we are ready to get back to a normal life which, between the kitchen renovation and the anticipation of a huge amount of stuff to move, we have not had for the last nine months  We are embracing change and ready to explore this new area starting with the food.

Last Friday my son’s kindergarten class had a special Mother’s Day open house.  The children got to sit with their mothers and read them little books they had made.  Our adorable, sweet, loving little guy sat and read to me and all the other mothers about how his mother has light brown hair, green eyes, makes his bed and loves coffee.  WHAT?! Coffee? Who is this kid and has he been paying attention to me at all these last few years?! Light brown hair, green eyes, bed making…yes.  But the only coffee I ever drink is the frozen variety at Starbucks loaded with whipped cream and even that is once in a great, great while (even longer now because this gorgeous little town we are living in does not have a Starbucks within twenty minutes).  I still (of course) loved his book and it got me thinking about coffee.  I tried to drink it.  I am just not a hot drink person.  Much prefer things cold.  Upon doing a little research we discovered that Rhode Island has a state drink.  That is right.  In 1993 coffee milk was officially declared the state drink.  Now this is a form of coffee I think I can say yes to. 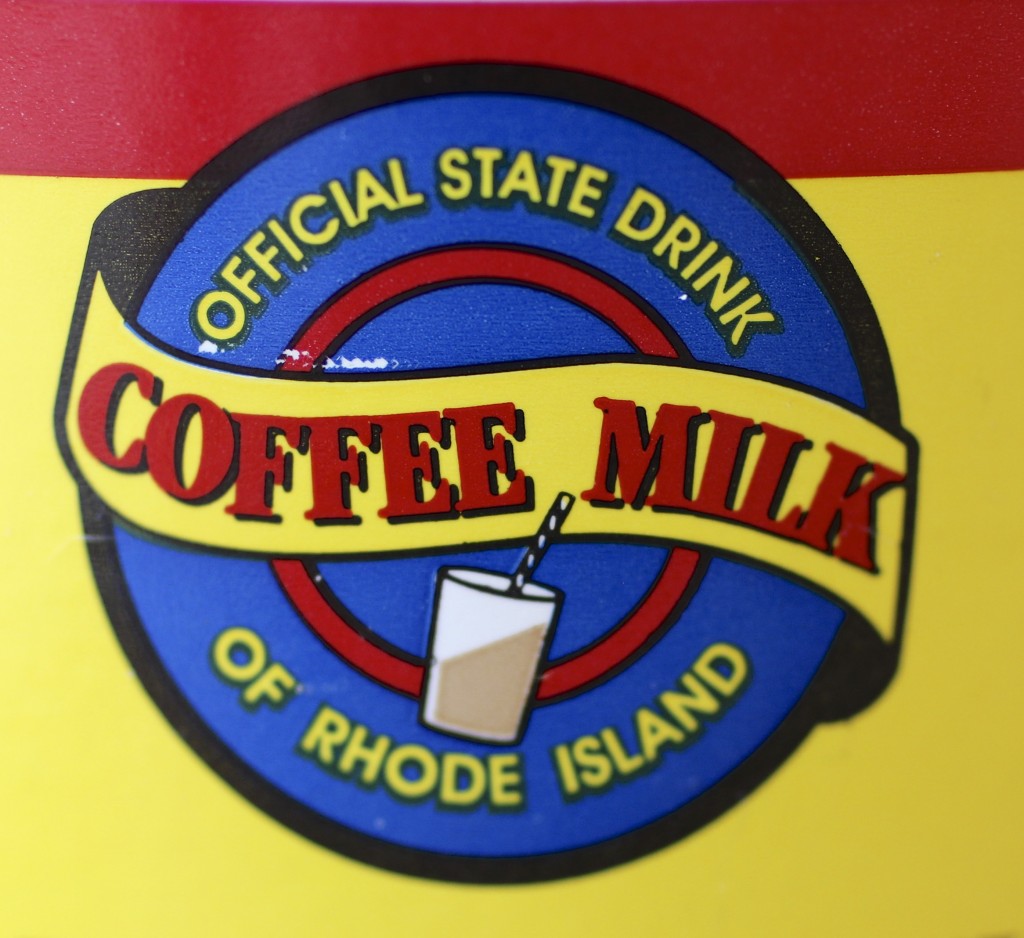 More amazing is that the state drink has a frozen variety which requires ice cream.  I may need to take up running.  Up hills.  Twice a day.  These frozen coffee milks are called cabinets.  Have you ever heard of a cabinet? If you are from Rhode Island I am sure you have…I however,  had not.  As it turns out it has another name.  The Awful-Awful.  I can remember hearing my dad tell stories about drinking the Awful-Awful as a kid.  When I was talking to him today I asked him about it.  He said that when he was a kid in the 1940’s and 50’s he would get the Awful Awful at Friendly’s.  I asked him about the flavors and he said it came in all sorts of flavors- although here in RI I think it is just coffee – but I have yet to find a place that actually serves them.  He said that, back then, if you could drink one you would get one free.  I said I bet that was easy and he said oh no, not at all, because they were awfully thick and awfully big.  (I still may have been able to do it as I have a real weakness for coffee milkshakes)…speaking of which…I also learned that in RI you cannot ask for a milkshake and get what you might expect back home.  You would get shaken flavored milk.  No ice cream.  Friendly’s has since stopped serving the Awful-Awful and some time ago renamed it the Frappe.  So today I set out to make a cabinet. 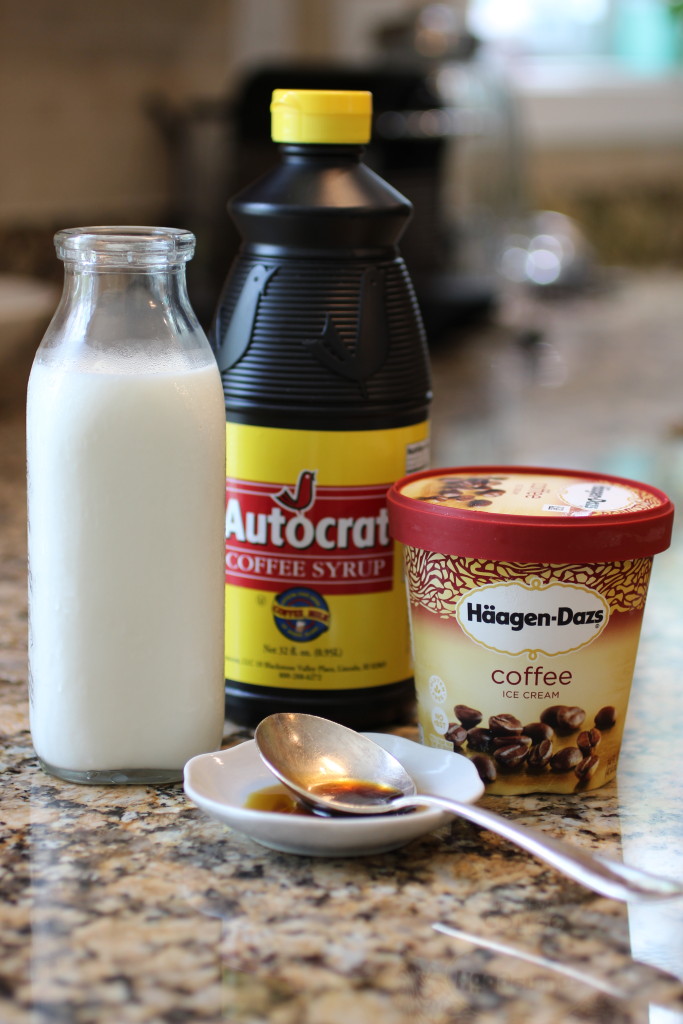 You can find coffee flavored syrup at any grocery store here.  I can’t remember ever seeing it where we are from but then again I wasn’t ever looking.  I hear there are two or three sorts.  Autocrat and Eclipse are the top two.  And…from what I’ve read… you are loyal to one or the other in the way that if you are from New England you either like the Red Sox or the Yankees.  Maybe even to that extreme.  Coffee syrup is a mix of corn syrup and coffee extract.  If I’m honest…just from buying the bottle I was a little repulsed.  It is a huge bottle.  The bottle I got was a little sticky.  Still, I opened it up and poured some onto a spoon and thought I was having a Marmite moment.  One of those times that you see a food and instantly know you cannot look at it based on the smell.  I was too far in though.  I dipped my finger in, closed my eyes and tasted it.  It was like I would imagine old coffee grounds to taste. 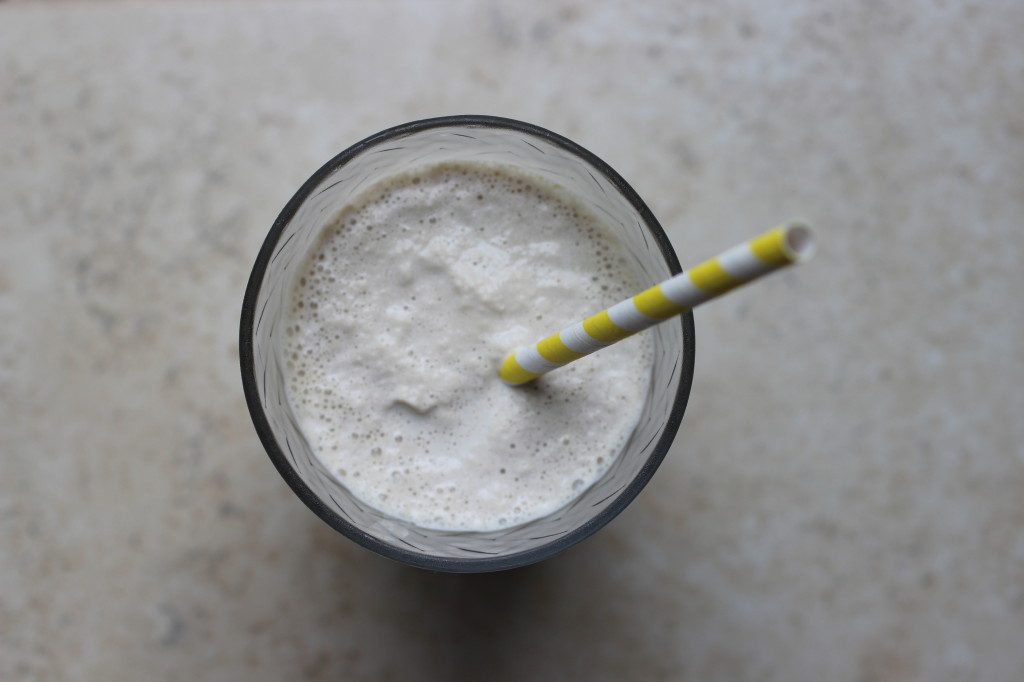 I poured two tablespoons into my Ninja single serve blender and added a cup of whole milk…yes…whole milk.  Oh how I love, LOVE, LOVE whole milk.  We never buy it.  But every now and then it is a real luxury.  Then I loaded it up with coffee ice cream and blended away.  It was amazing.  Delicious.  Icy.  Cold.  Refreshing (it has been super humid here).  Was it any different than a double thick coffee shake back home? No.  But I do think this state drink will quickly become one of our favorites here.  Hello Rhode Island! We can’t wait to see what other foods & drinks you have to share with us.