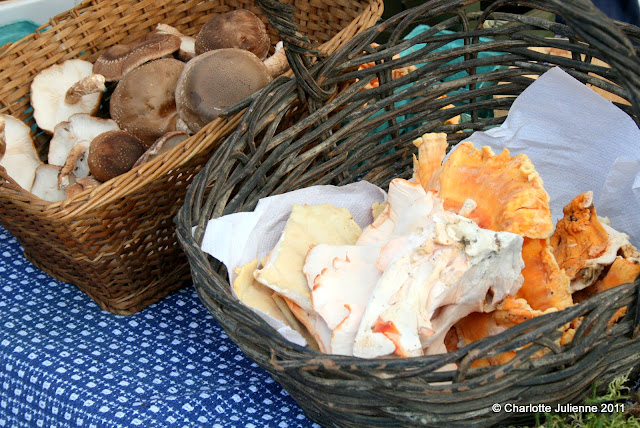 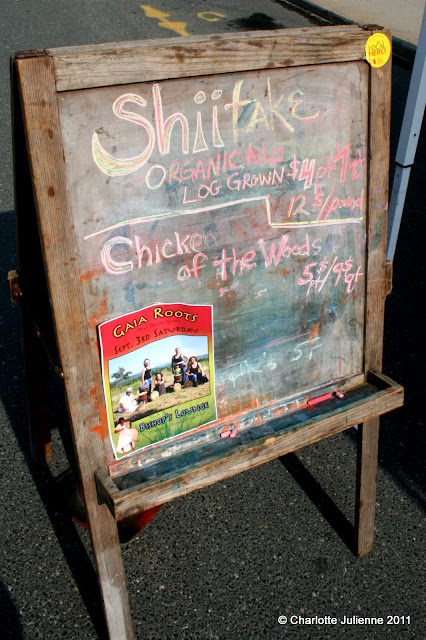 I won’t lie- we did spend nine of our twenty dollars on these Shiitake and Chicken of the Woods mushrooms.  In the end I will tell you it was worth every penny! 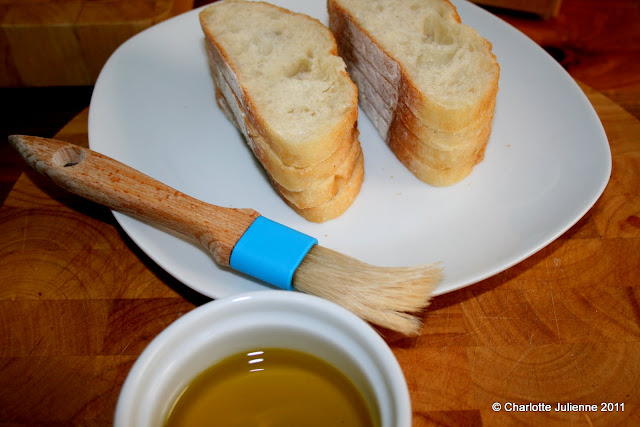 We began by slicing some bread and then brushing both sides with olive oil. 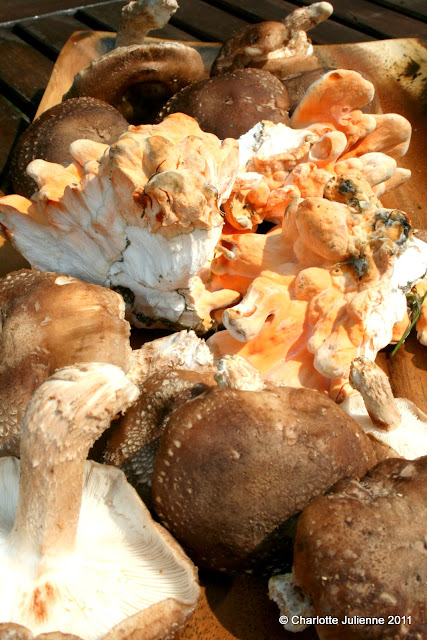 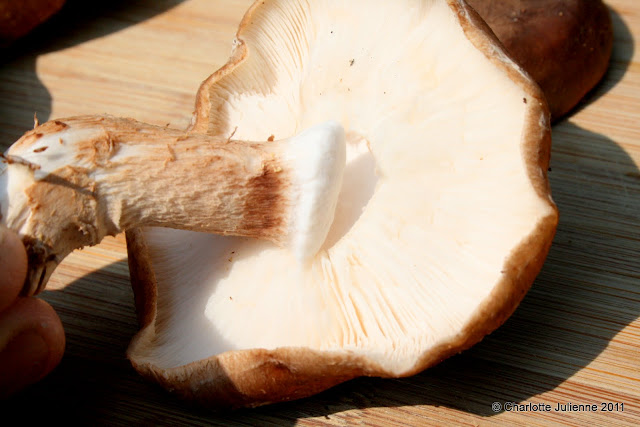 Meanwhile, outside, we popped the stems off of the Shiitake mushrooms.  We set them aside and saved them to make a mushroom stock. 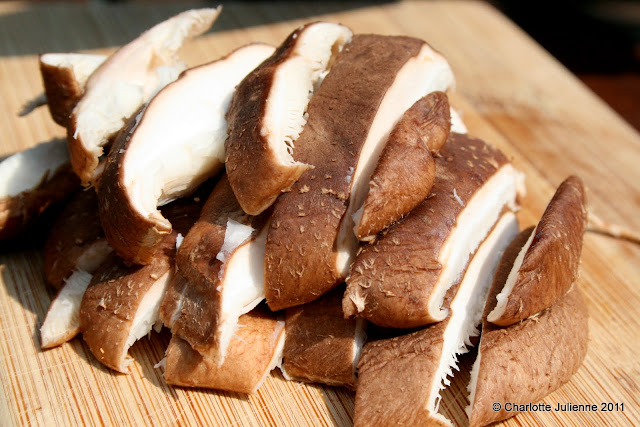 After the stems had been removed, we sliced the Shiitakes into long strips. 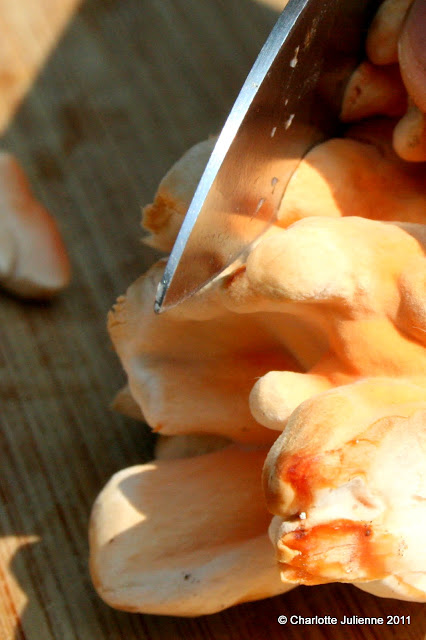 We did the same with the Chicken of the Woods mushrooms. 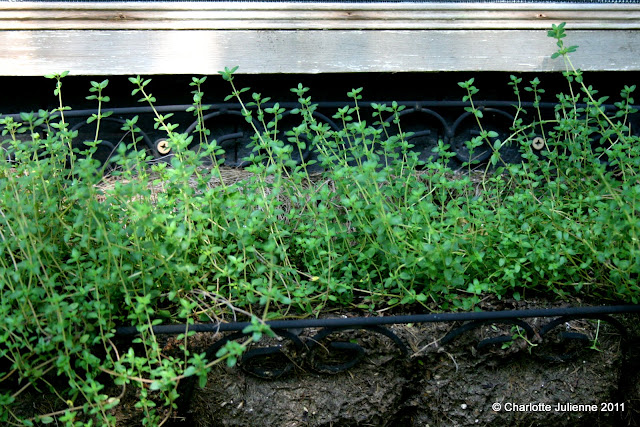 Next we added some thyme and placed them in a pre-heated frying pan which had  a splash of olive oil in it. 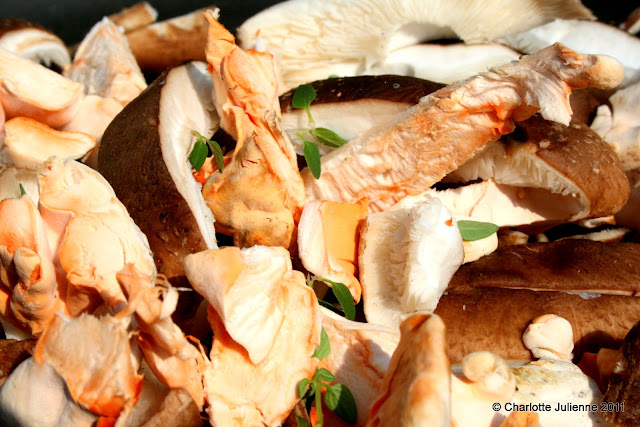 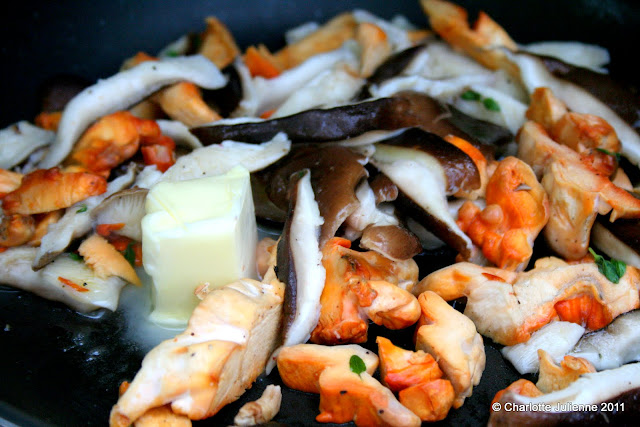 Once the mushrooms were underway we added a chunk of butter and a splash of sherry cooking wine. 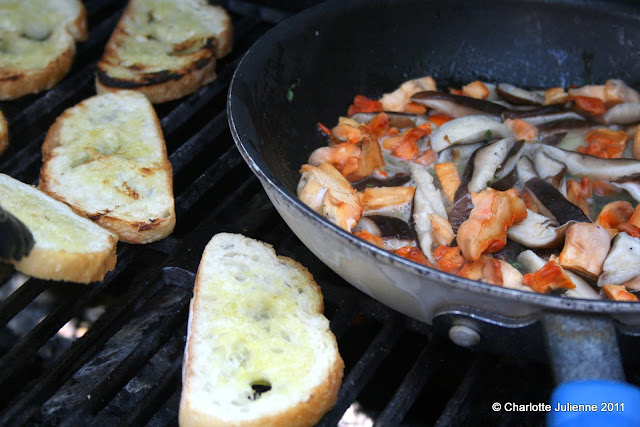 As it was a lovely day we did all of this outside on our grill. We added some fresh thyme to some goats cheese and waited for the mushrooms to cook down. 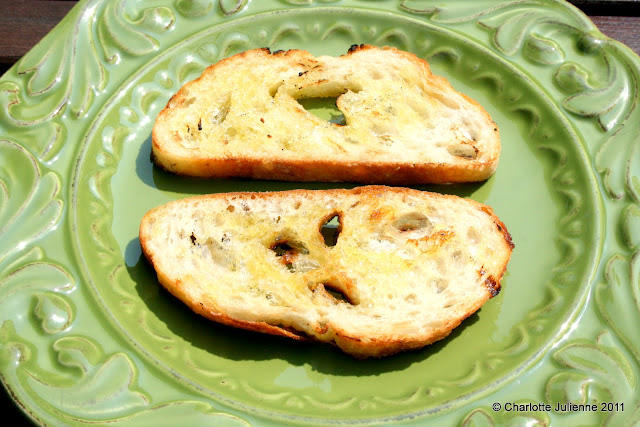 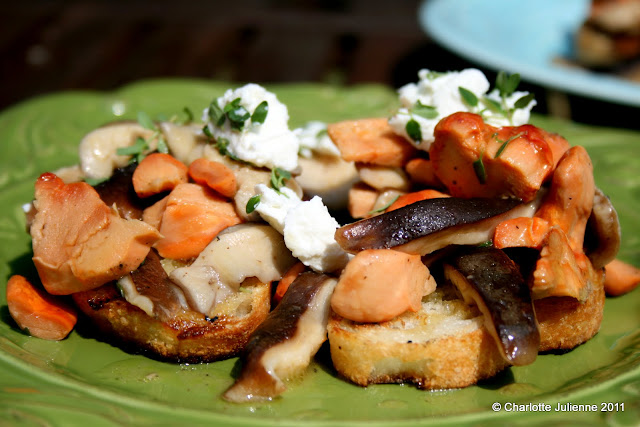 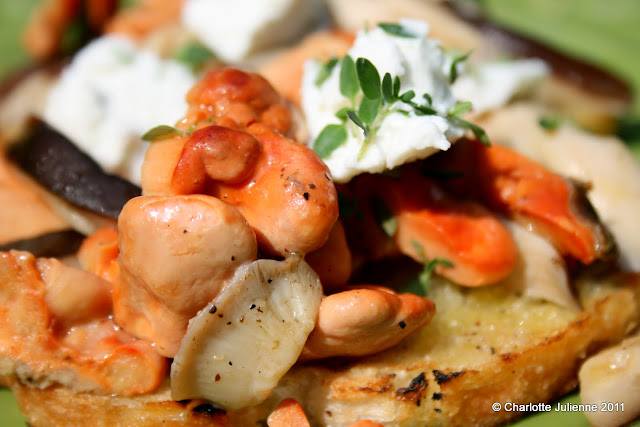 To plate we just simply spooned the mushrooms onto our toasts and topped with the goats cheese and thyme.  The Chicken of the Woods mushrooms added such a depth of flavor and texture to this delicious breakfast.  It will make purchasing mushrooms at the regular market impossible from now on.  We look forward to seeing what other varieties of mushrooms the farmer may have with him next week!