While we were not paying attention Charlotte Julienne turned five! Maybe it was the hectic first Christmas being away from family and having to travel.  Maybe it was that we had two kids home for ELEVEN days straight.  Maybe it was the endless pile of laundry that never seems to go away or get smaller.  But here we are.  Five.  A milestone really.  A time to stop and think about where we are going and how far we’ve come.  Really it just gave us the perfect excuse to eat a special breakfast on an ordinary morning.

When we think decadent breakfasts we think eggs Benedict.  At our house we would eat it on Christmas morning well after the cinnamon rolls were devoured.  One thing is for sure though…the hollandaise sauce was the sort that came from the little paper packet…not the homemade sort that we have become spoiled with over the last few years (aka since I married someone who went to culinary school).  The eggs were always risky because you had to get the timing just right or you might get one that was not perfectly runny.  They were served on English muffins to which my British husband would say “what makes these muffins English?” I guess it is like a French person eating French toast.  They just don’t call them that in England.

So speaking of spoiled… I am feeling a bit spoiled today.  Someone to make hollandaise who also made bread.  And a fabulous precision cooker from Anova to get the eggs just right.   Sous vide/ Slow Cooked cooking is not inaccessible any more.  With such small (affordable) precision cookers it is easy to cook this way at home.  A year ago or so Anova had a Kickstarter campaign to produce their precision cookers.  They ended up getting over 10,000 backers and we were (collectively) one of them.  So now we are the proud owners of two gorgeous little precision cookers that can be programed from your smartphone.  We love them.  If you haven’t tried it yet you should.  It is super easy. You can cook sous vide (under pressure) or you can slow cook things at precise temperatures ensuring perfection.

We started by placing eggs (in their shells) carefully in a pot of water.  We set the temperature to 147.5 f. and cooked the eggs for 45 minutes.  While they were cooking we (ok…there was no we about this part.  It was a one man show.  He deserves the credit today…) made the hollandaise.  Earlier we had chopped some parsley and added it to olive oil and whizzed it in a single serve blender to make a rustic parsley oil- I say rustic because we left the parsley a bit chunky.  It was set aside.  The most taxing part of making the hollandaise sauce was clarifying the butter.  It takes a little time.  If you are patient it is worth it.  Once the butter was clarified it too was set aside.  To make the hollandaise sauce begin with four egg yolks, a splash of champagne vinegar, salt, white pepper and one tablespoon of lemon juice.  Vigorously whisk this together in a stainless bowl until it becomes thick and doubles in volume.  Place the bowl over a pan with (almost) simmering water.  Do not let the bowl touch the water.  You do not want the eggs to scramble.  Continue to whisk rapidly.  Slowly drizzle in the clarified butter (about half a cup) and again allow the mixture to become thick and double in volume.  Add a few teaspoons of the parsley oil, reserving some for plating.

In our case we had some country sourdough bread left over from the day before.  It was perfect for toasting so it became the base for our breakfast.  The eggs were carefully removed from their shells and set atop the toasted bread.  The parsley hollandaise was spooned over the top and the parsley oil was drizzled along the side of the dish.  I’m not going to lie to you.  We were heavy handed with the sauce.  On purpose.  It was so delicious.  We opted not to use any sort of meat with this breakfast but after the fact we both agreed smoked salmon would have been a fabulous addition.

Maybe it was the parsley or maybe the lemon- not sure but this hollandaise did not leave that heavy feeling you often get after eating eggs Benedict.  It was just the opposite really.  We had to stop ourselves from eating the leftover sauce in the stainless bowl.  It was the perfect breakfast to celebrate our five year accomplishment.  Happy Anniversary, Charlotte Julienne! 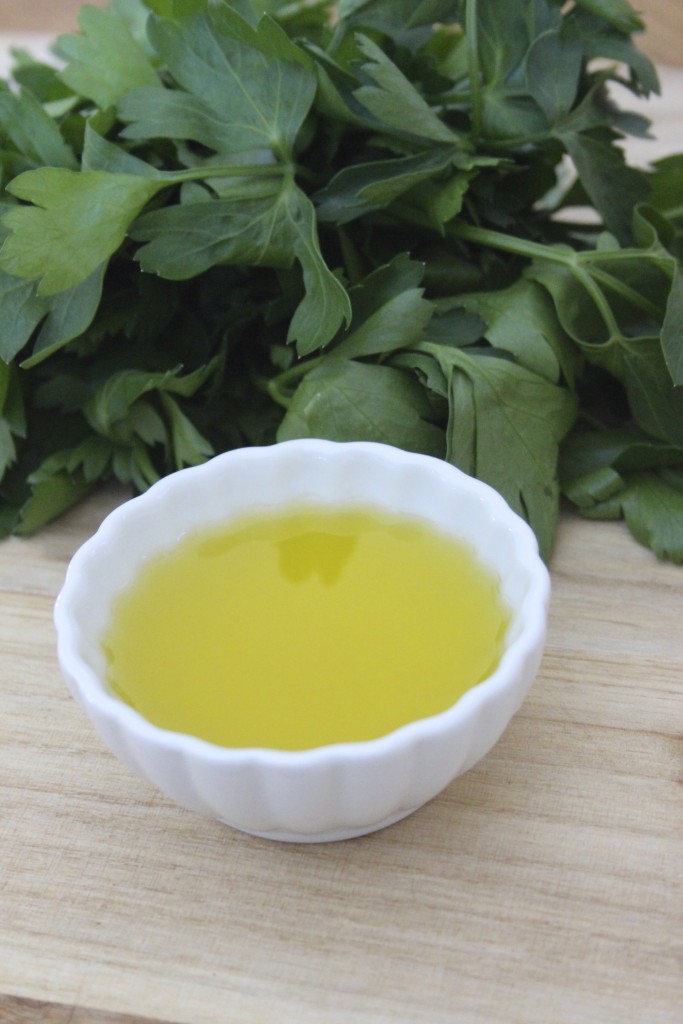 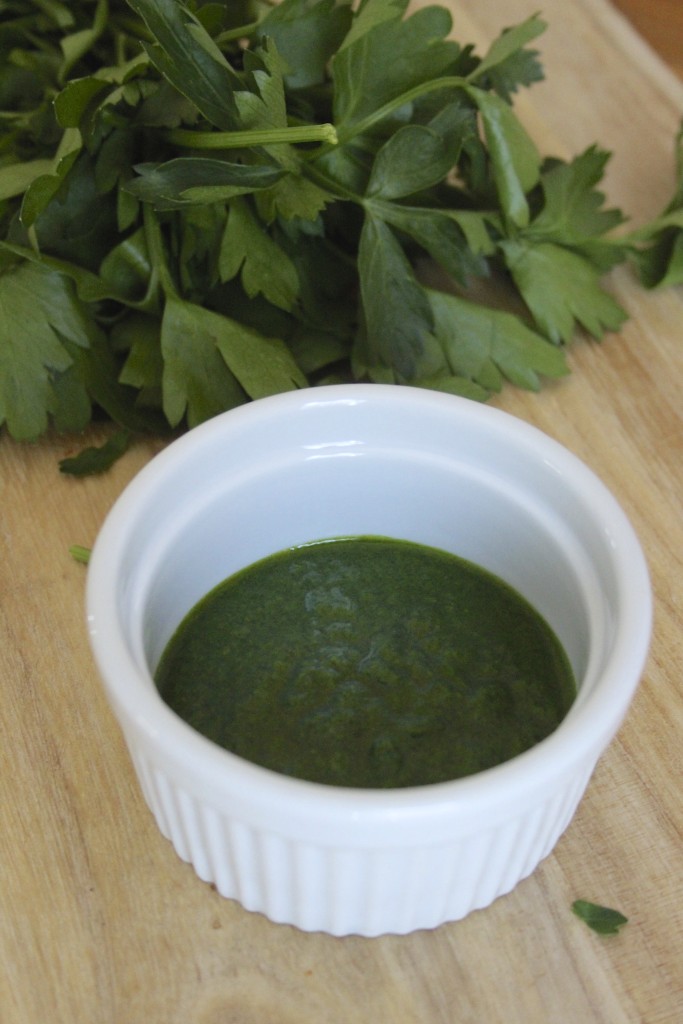 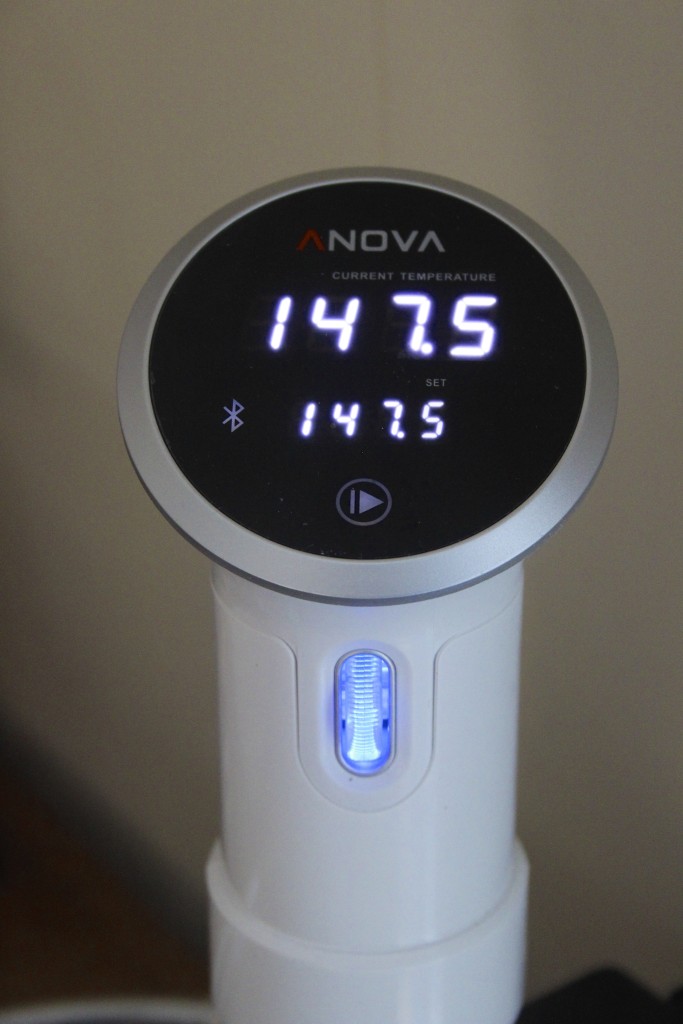 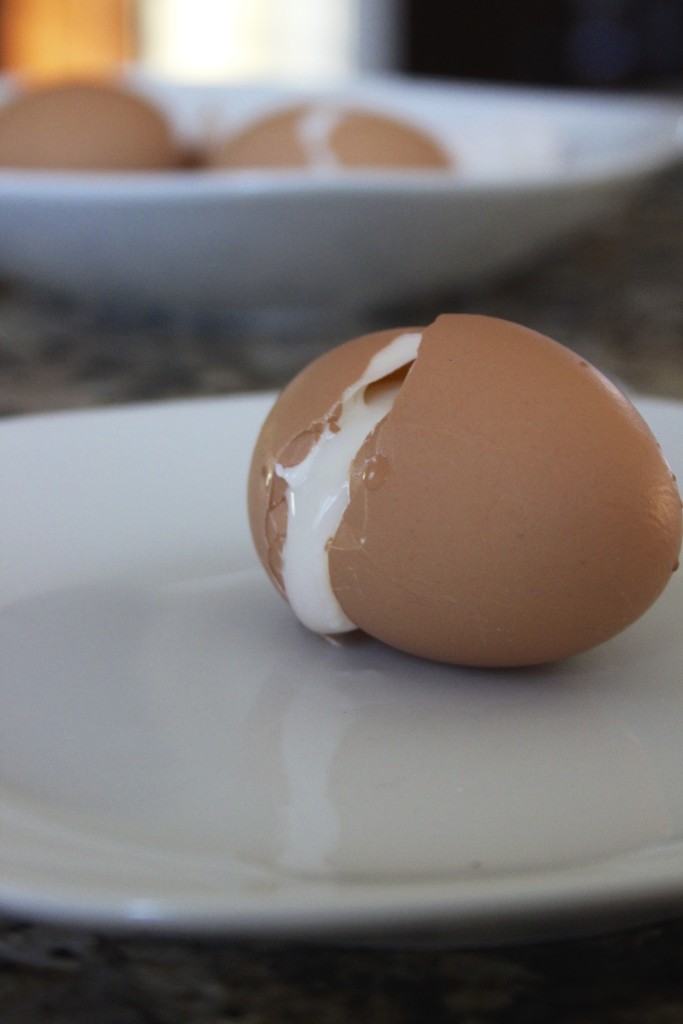 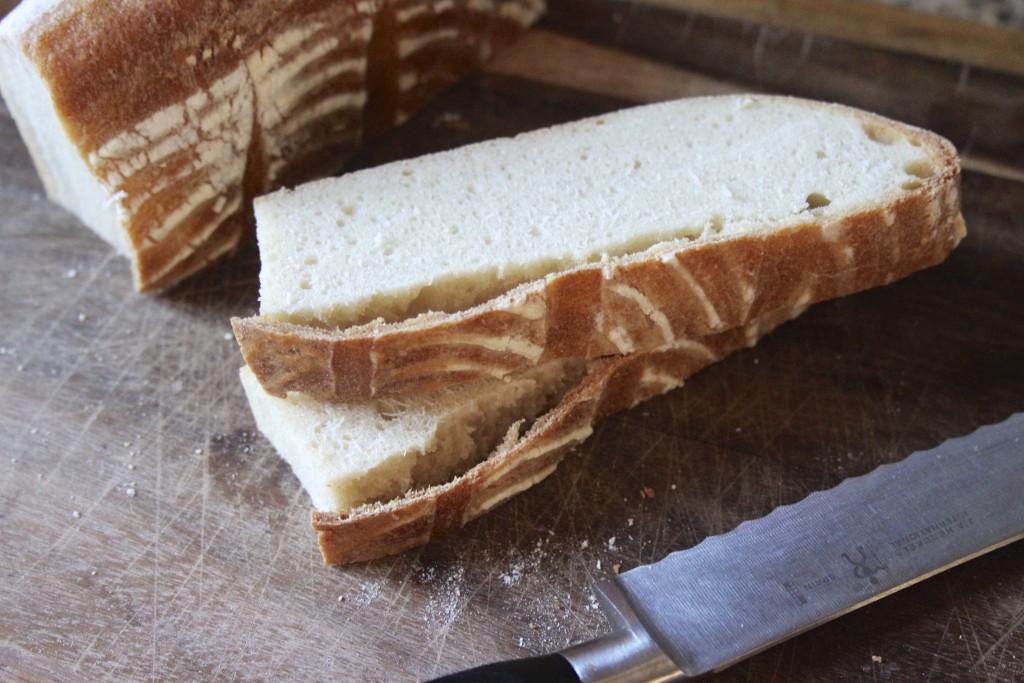 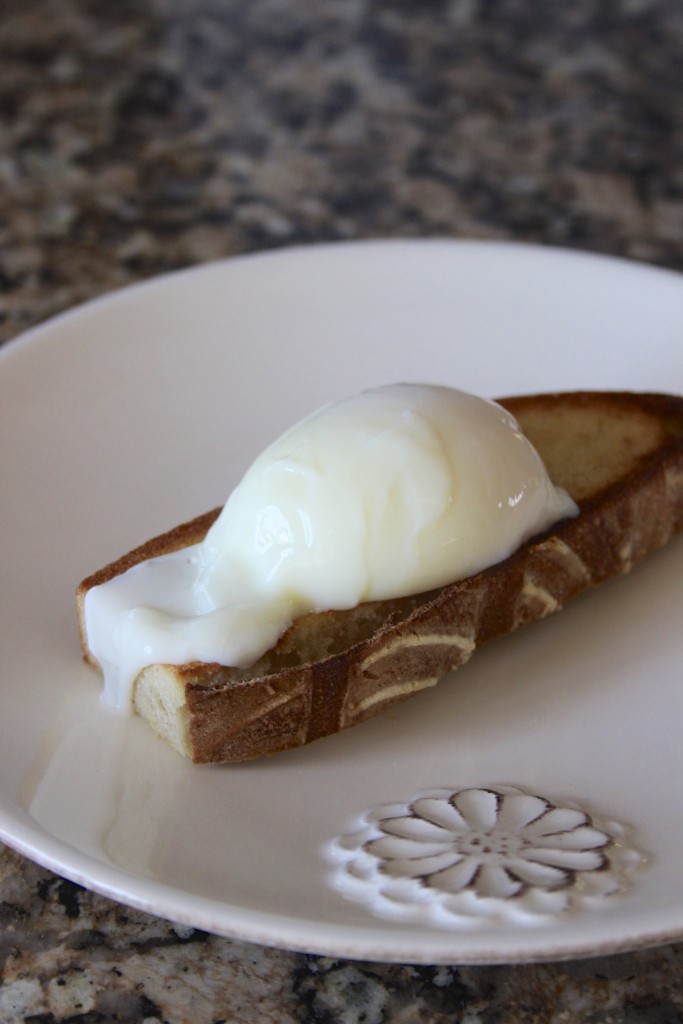 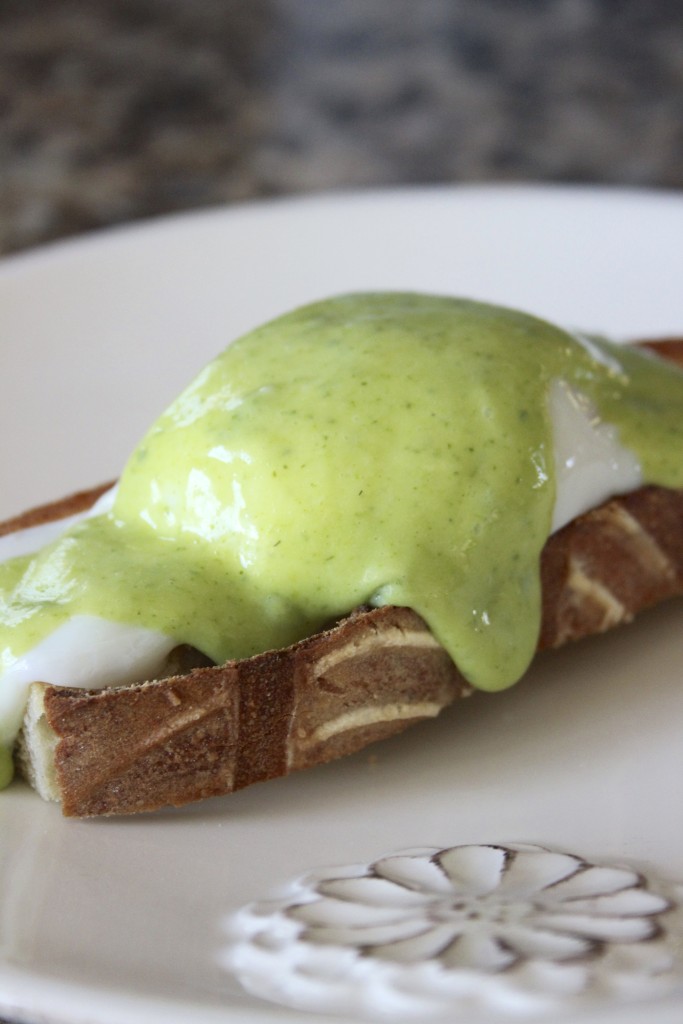 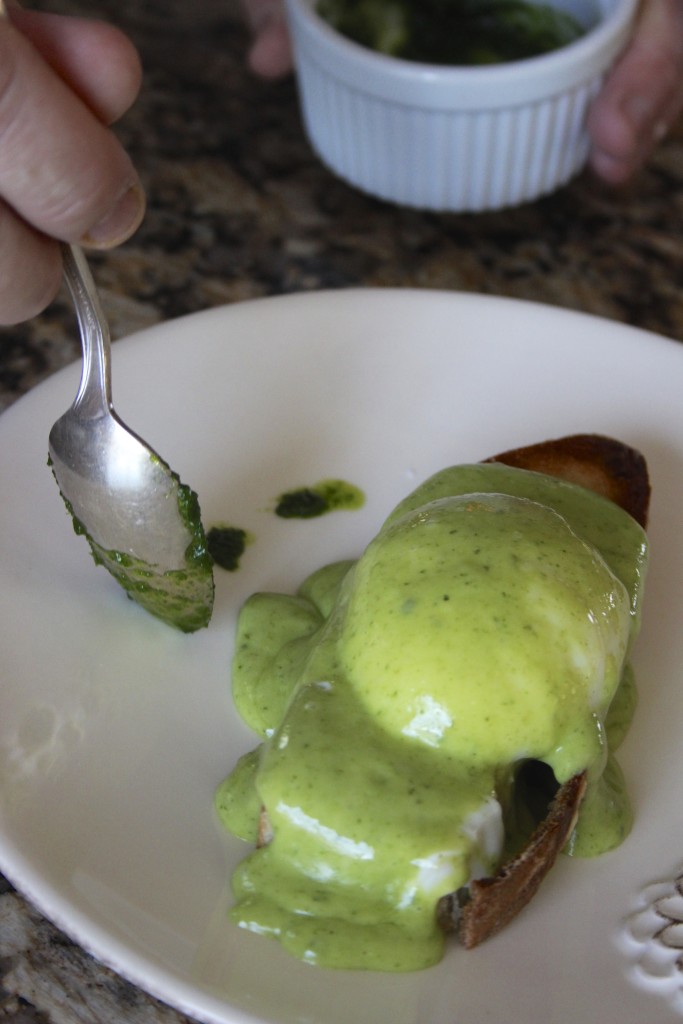 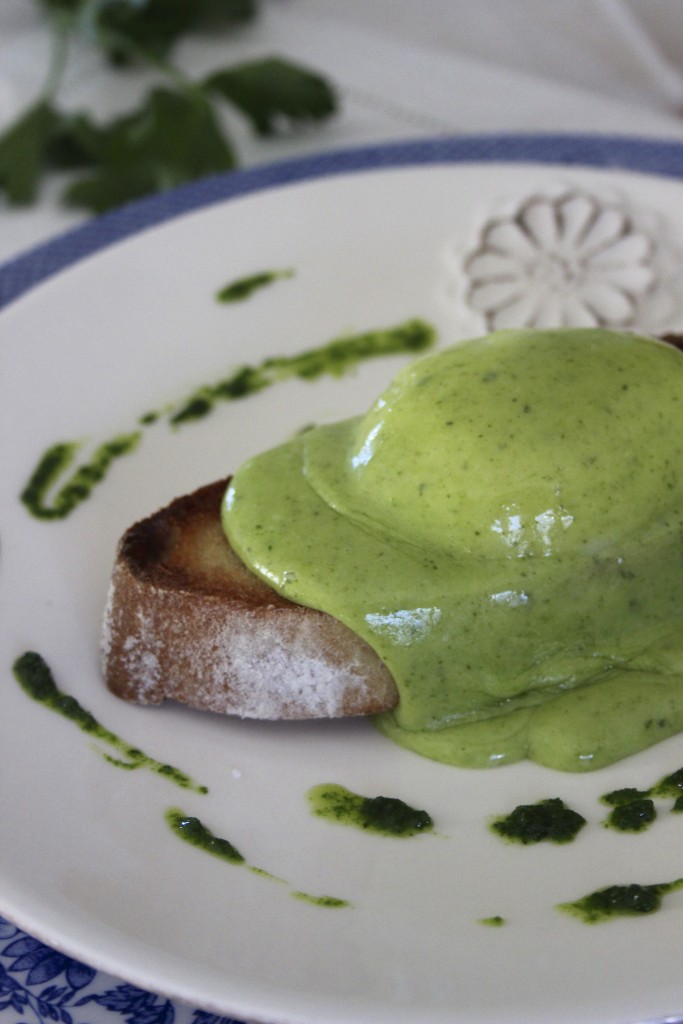 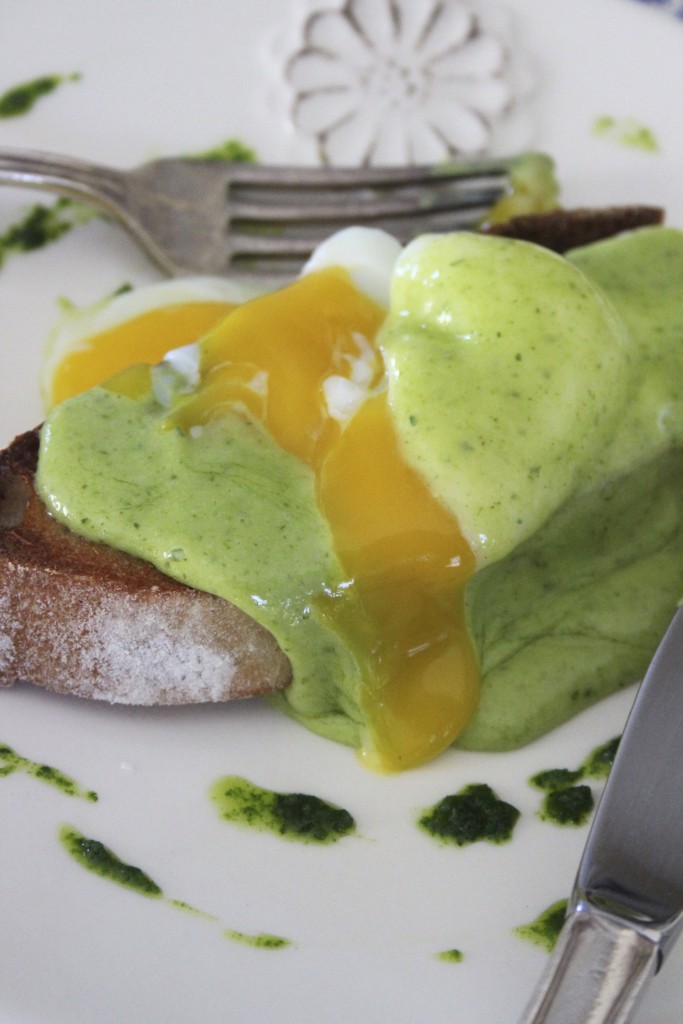