Yesterday while I was waiting to drop my daughter off at school, we were standing on the sidewalk outside the teacher’s door.  The teacher came out and was asking some of the children if they would be eating breakfast at school that day.  If the child said no she would ask them if they had eaten a good breakfast at home.  We don’t let our daughter eat breakfast at school in fear she might make those “bad food choices” that we really try to stay away from and that school cafeterias are notorious for offering.  But it did make me feel a little bit guilty that she had only had cereal with fruit and a yogurt at home…which is why this morning I rocked it.  Scrambled eggs (British style or a.k.a. not really cooked all the way through which we have come to love), toast, fruit and a homemade smoothie featuring peaches and oranges.  I’m not much of an orange drink lover myself.  As a child my brother would always select the orange things- gum, popsicles, sherbet, juice, jellybeans…..and that was just fine with me because I was much happier with anything red, pink or even purple.  The only thing I did love were my grandmother’s orange ice cubes…nothing more than orange juice poured into ice cube trays and frozen.  They were always slushy and a little crunchy and so refreshing.  Despite my general orange eversion, today I gave the leftover sip in the bottom of the fabulous one serving blender cup a try and oh my gosh! It was so good.  Peaches and cream is all I could think of.  The orange juice added a little extra boost of flavor but the star of the show were the peaches.  I could not wait to get her off to school so that I could return and turn this amazing smoothie into a popsicle surprise for later in the day.  The smoothie bit is quite creamy on its own but I wanted a little extra special something so I whipped up some cream to add to the bottom of the pop.  This could not be easier to create and truly, the flavor is so delicious I can see them begging to have them for breakfast instead of the smoothie!

1 cup of yogurt- we use Stonyfield Farm plain or vanilla

We have this great blender that we just got called the Ninja.  It came with these super convenient single serve blending cups so you don’t need to drag out the entire big blender reservoir if you are only making one little thing. I find we use it a lot more because of that.  We added the orange juice, peaches and yogurt to this and gave it a whizz until combined.  In our mixer we whipped the cream and pinch of sugar to make whipped cream.  We filled the popsicle molds 3/4 of the way full with the smoothie mixture and then spooned in the whipped cream before sticking in the popsicle stick.  We froze ours all day.  They were so good! Creamy on the bottom and peachy with a little crunch to the just set slushy top bits – luscious really. Most of all they were a perfect surprise after school when things tend to get a little crazy around here during the mad dash to bedtime. 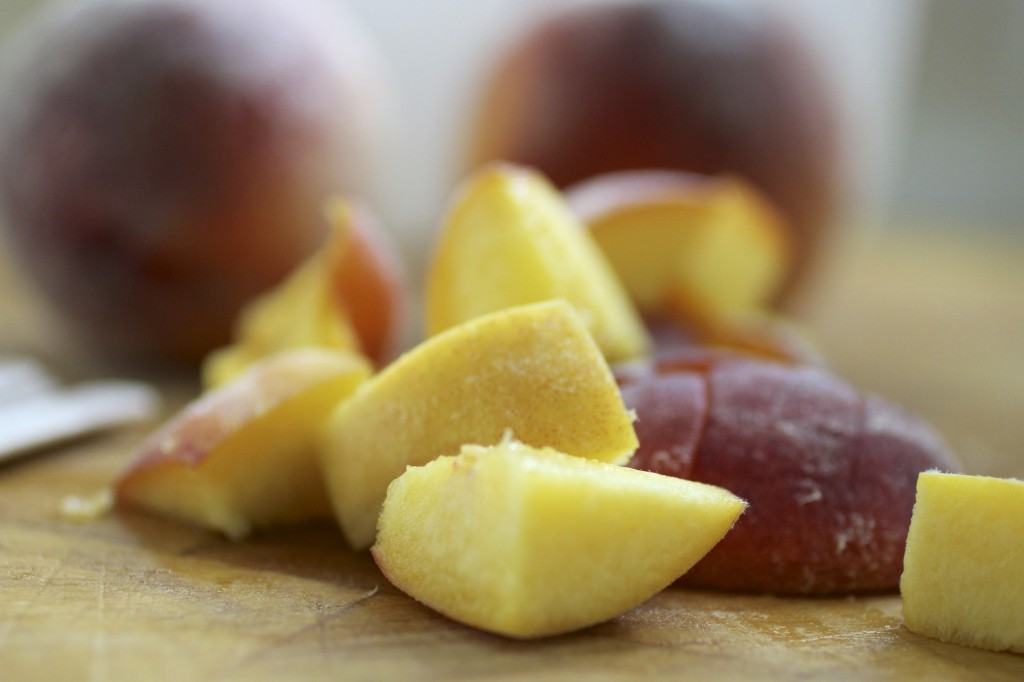 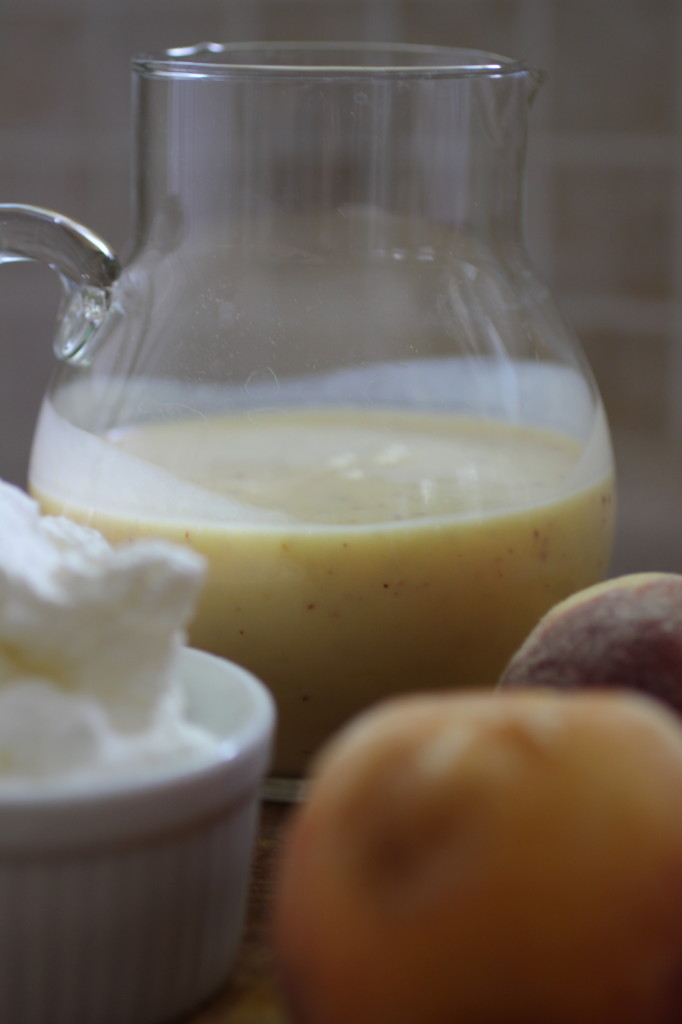 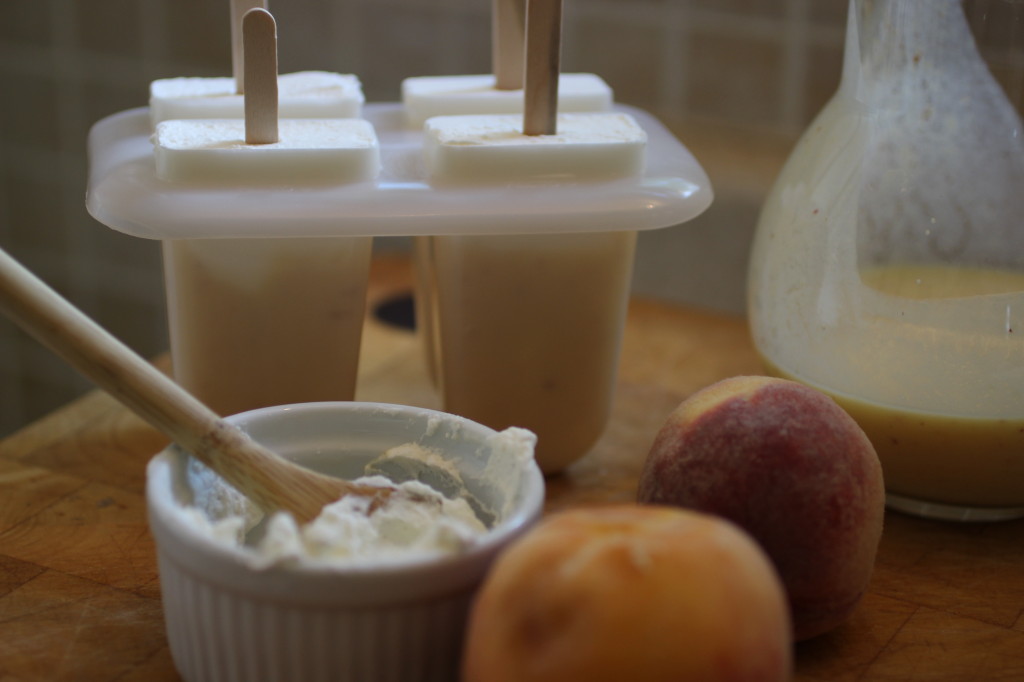 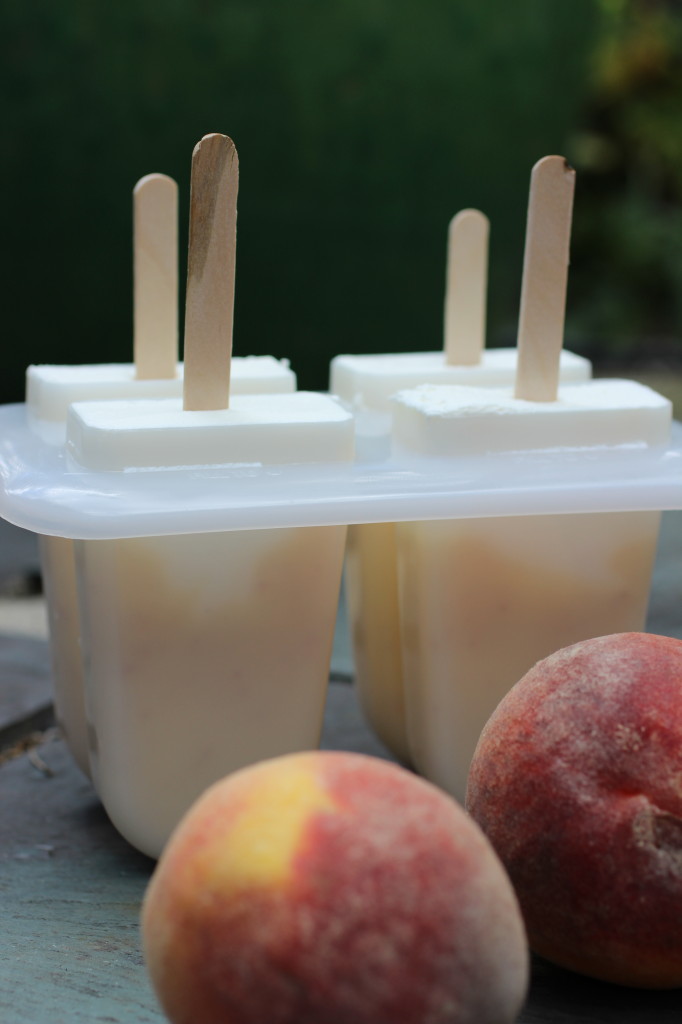 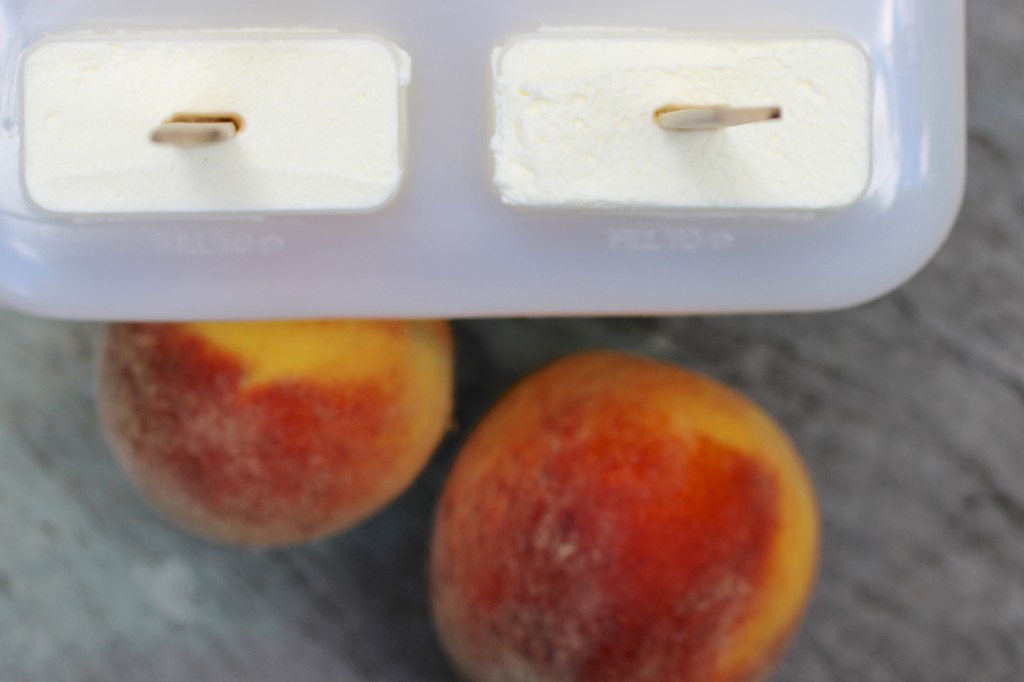 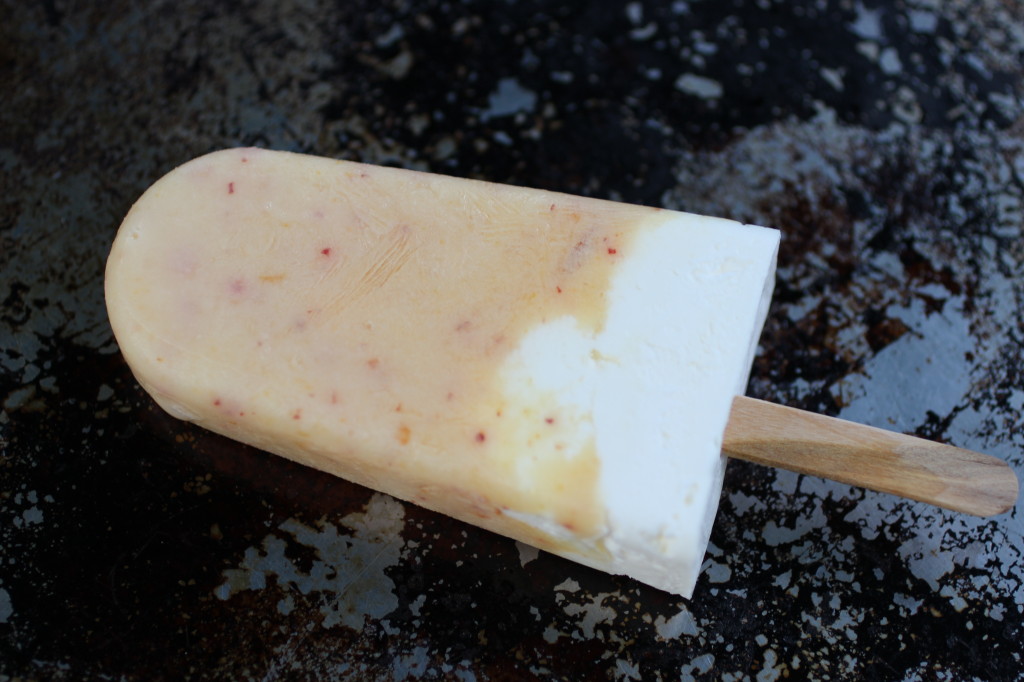