Ribs.  Who doesn’t love them? Fairly inexpensive, these came from our local market.  If not already trimmed by your butcher, you’ll need to remove some of the extra sinew and fat…but don’t get too carried away.
From watching shows like Iron Chef America we’ve become fascinated with pressure cooking as a technique.  From previous experience in extreme cold weather climates, I’d only ever used a pressure cooker to reheat military rations.  To use a cooking method like this may seem a bit retro and a throw back to grandma’s cooking (not to mention the stories of exploding cookers…) but read on and you will be amazed with the results. 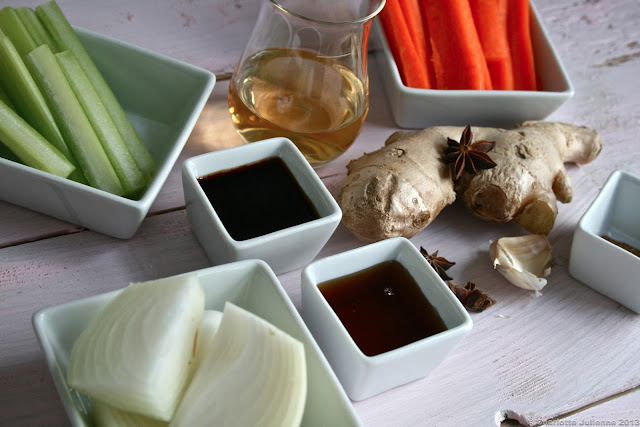 For these sticky ribs slice some carrots, onions and celery.  Grate some ginger and garlic and set aside some cooking sherry or saki, a little Chinese five spice, soy sauce, maple syrup (honey would work just as well) and a few star anise. 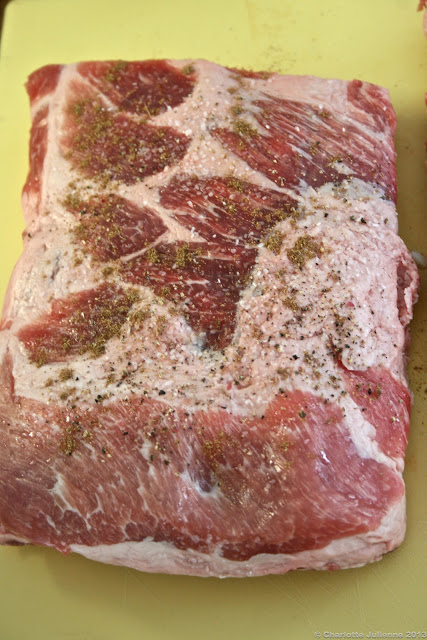 Take the dry ingredients along with some kosher salt and sprinkle all over the ribs. 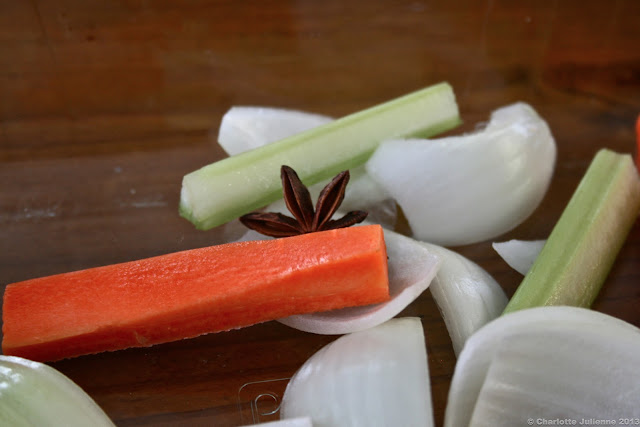 Place a bed of the vegetables and star anise on the bottom of a marinating dish. 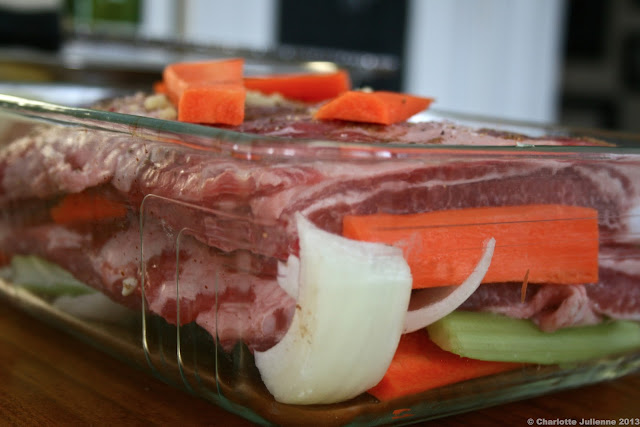 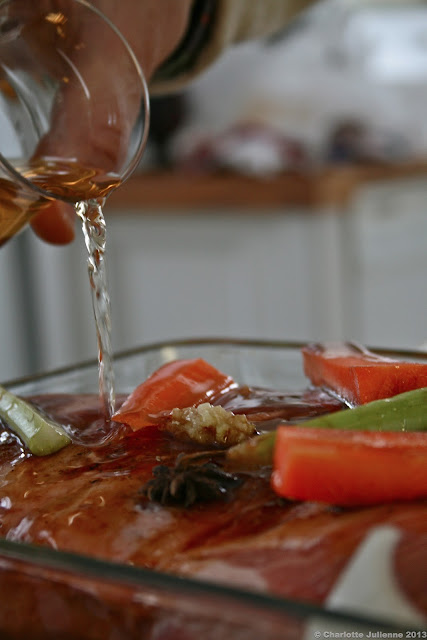 To this add the liquid ingredients. 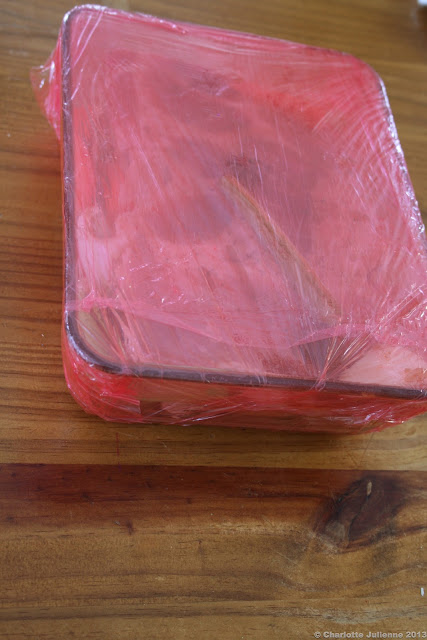 Cover and set in the fridge for at least one hour. 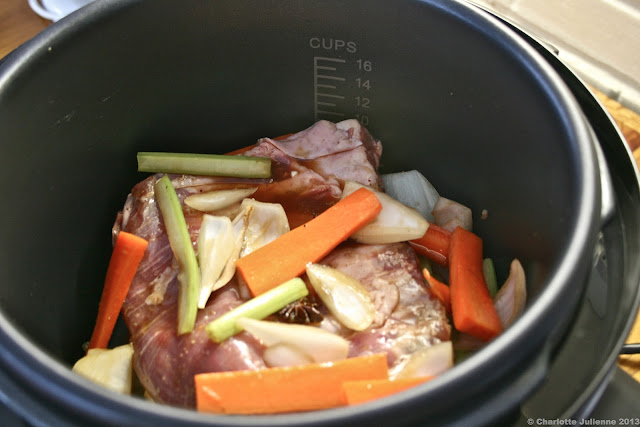 The entire mixture was then placed in the pressure cooker. 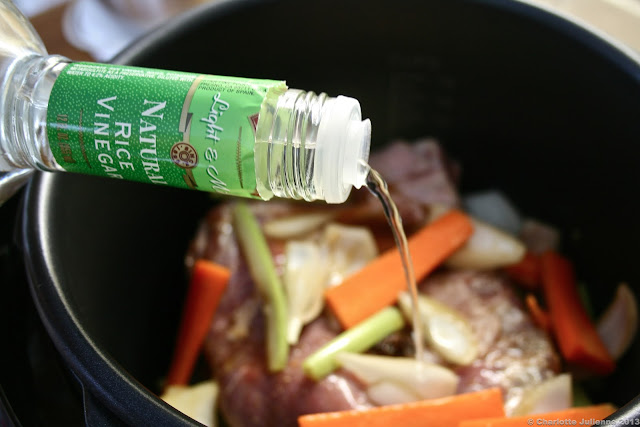 We added a splash of rice wine vinegar and a cup of water.  We cooked on high pressure for 40-45 minutes.  Let stand for at least ten minutes while the pressure slowly releases. 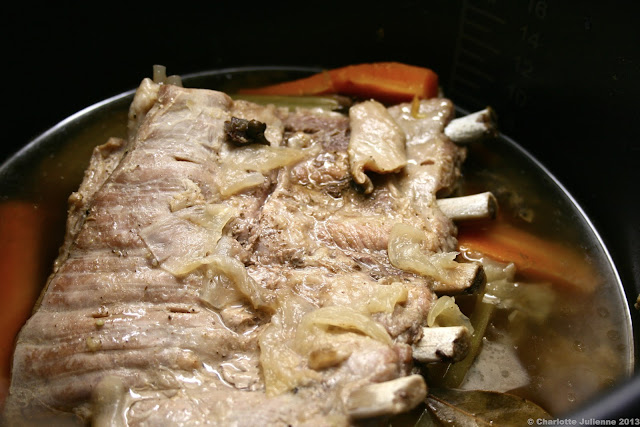 Once the ribs are cooked, remove them and set aside.  Then strain the liquor and remove as much of the fat as you can then reduce in a saucepan over a medium to high heat.  (Just be careful…we had a boil over…) 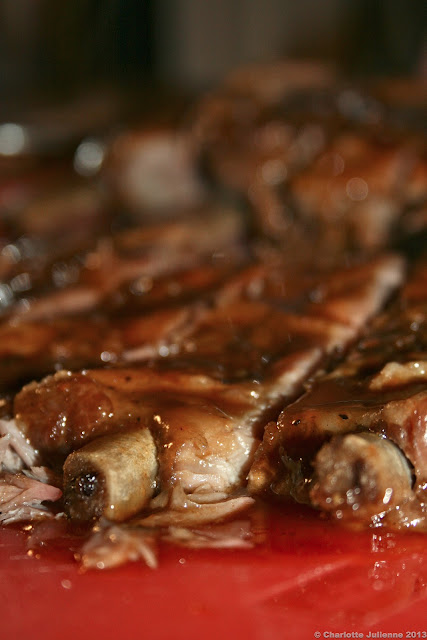 Once the liquor is reduced, heat a skillet then place in the ribs to brown for a couple of minutes before glazing with the reduced sauce.  Remove the ribs and with a sharp knife, slice. 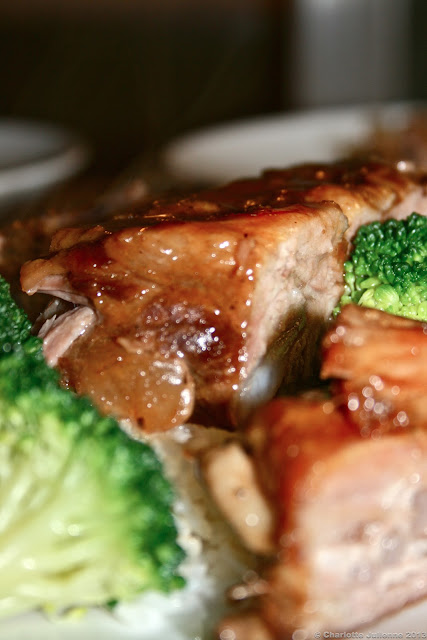 We designed this as a fun meal for kids and so served it with sticky rice and broccoli (or mini trees as the kids call it).  The ribs were incredibly tender however we did notice that the pressure cooker made the actual bones very soft.  Because of this we removed the meat from the bones for the children.
This was a great way to cook something that would have taken several hours to braise (or a couple of days to sous vide in a water bath) in a fraction of the time.  The Cuisinart pressure cooker is safe, simple  and was recently voted the favorite electric pressure cookers in a food magazine.  A special thanks to my father-in-law and his wife for this great Christmas present.