I don’t know when we first fell in love with the Latin American specialty, ceviche, but we can’t get enough of it.  For one of our last nights in England we wanted to make a really fresh starter for our family and so made a stop to Ramus Seafood in Harrogate in search of some salmon.  If you have been scared to tackle this at home we are here to say don’t be! It is so easy.  If you take the right precautions of using a very clean cutting board, sharp knife and ice you will be just as safe as if you were eating rare meat. 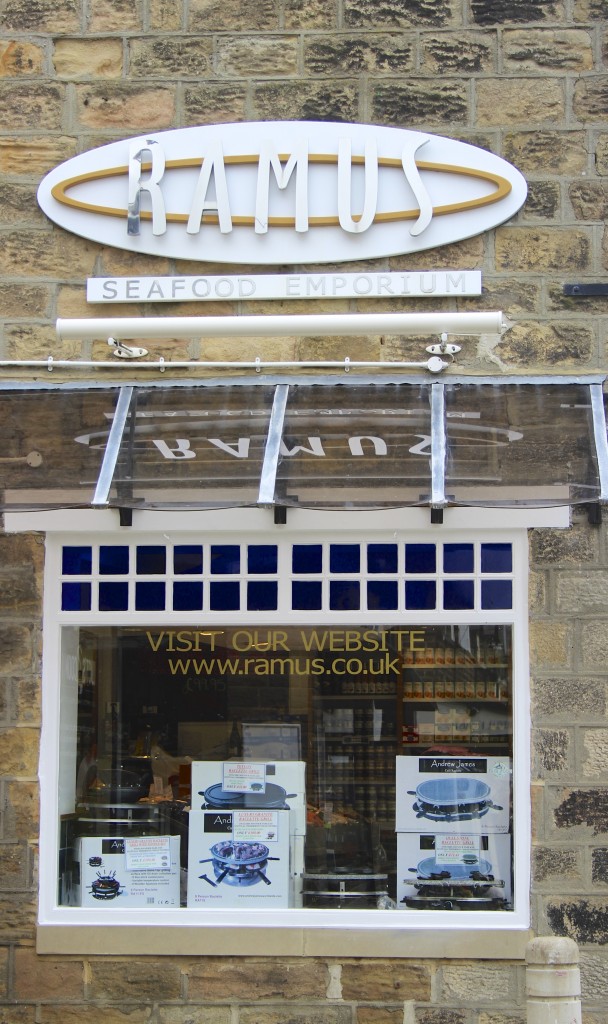 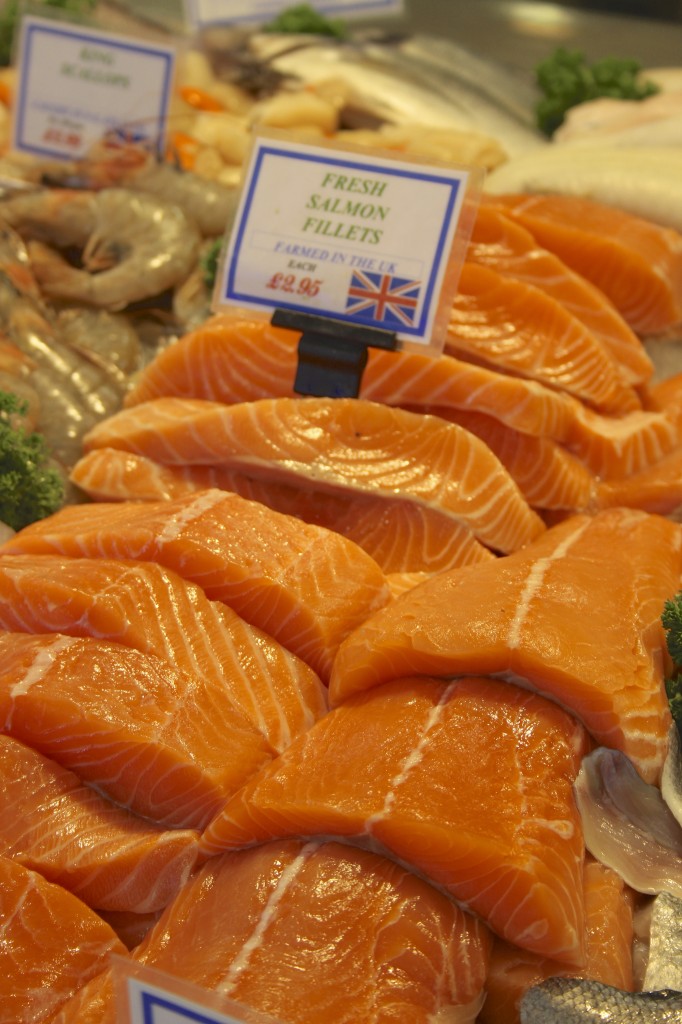 We selected a variety of citrus including lemons, limes and blood oranges with which we were going to make our marinade. 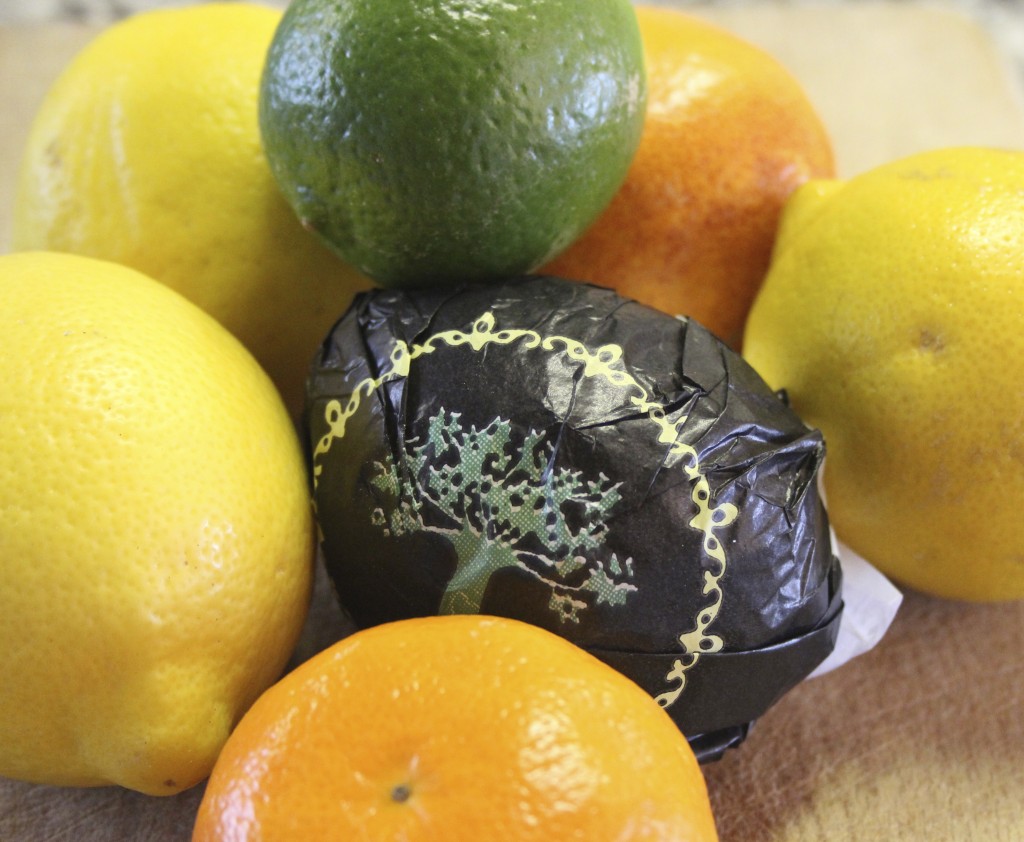 Each piece of citrus was peeled and then sectioned into a dish to which we also added the juices, a little olive oil, mustard, salt and pepper. 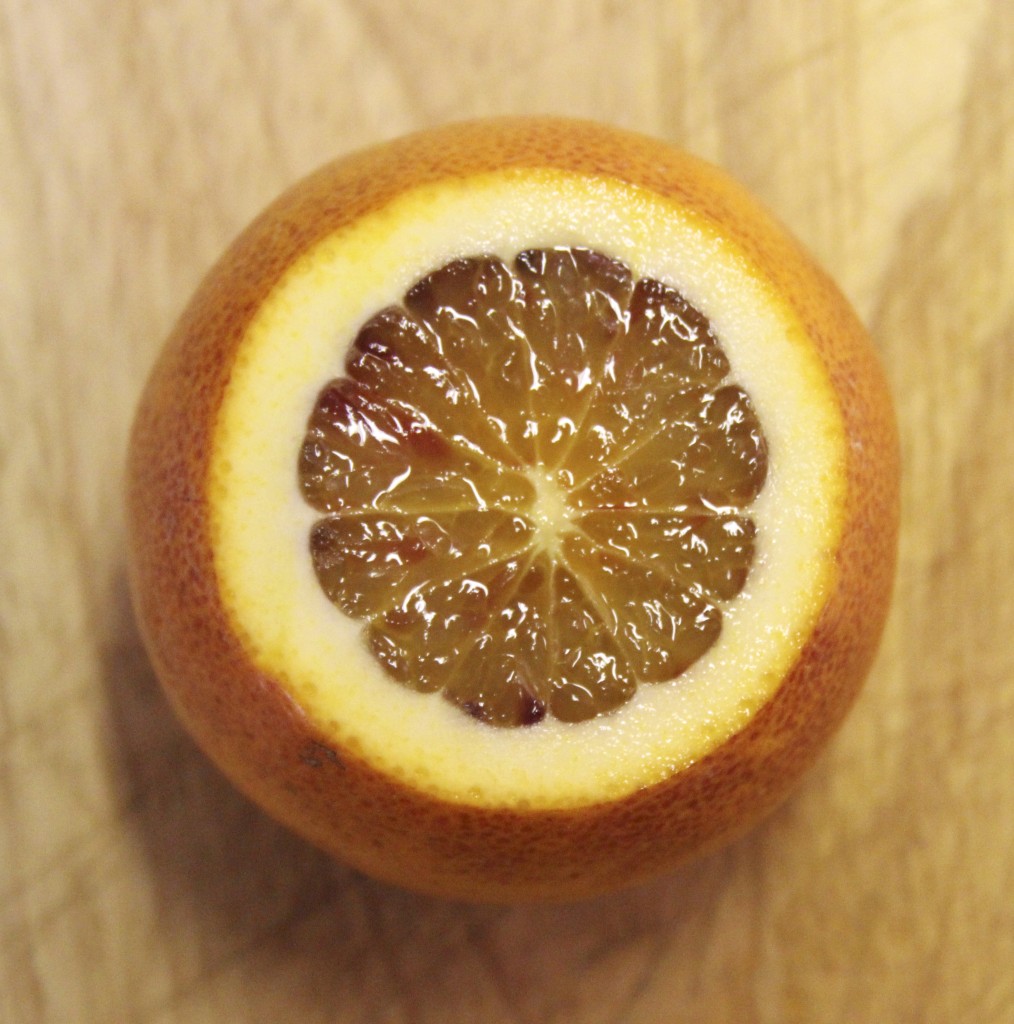 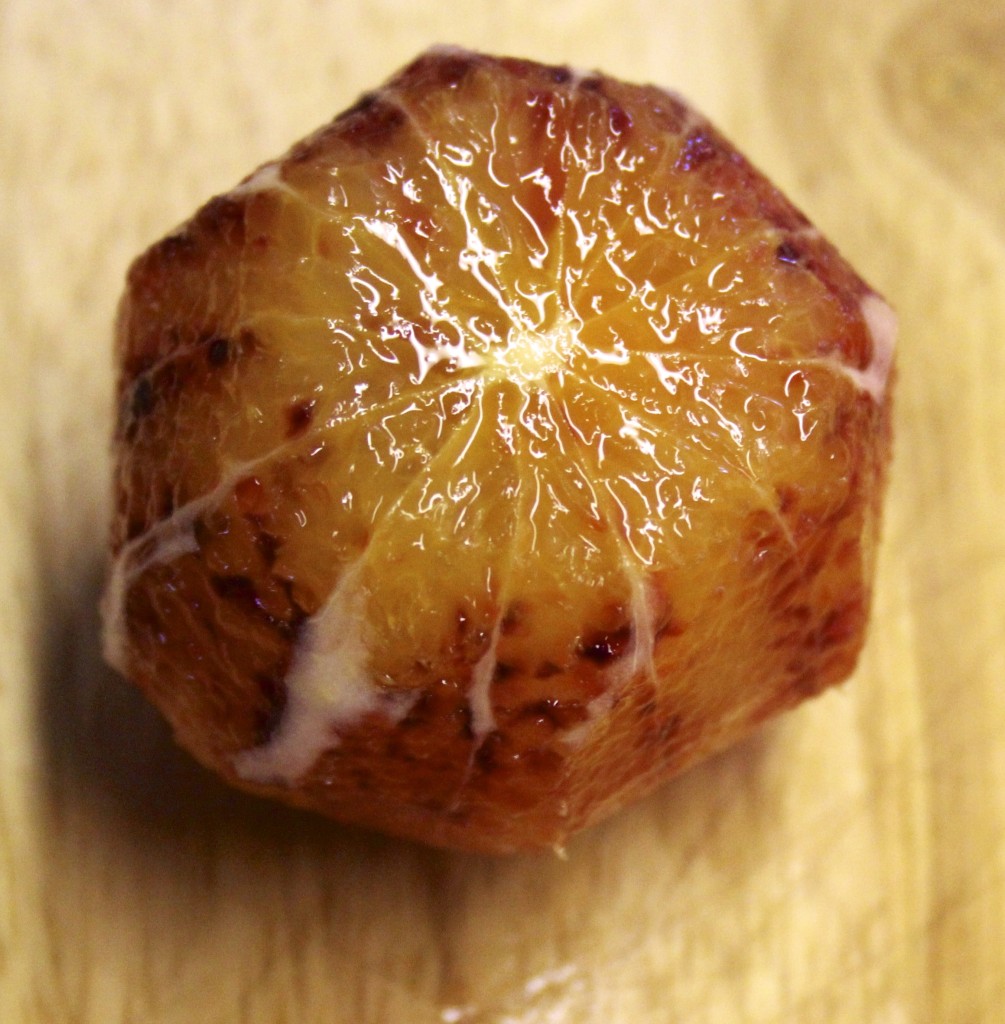 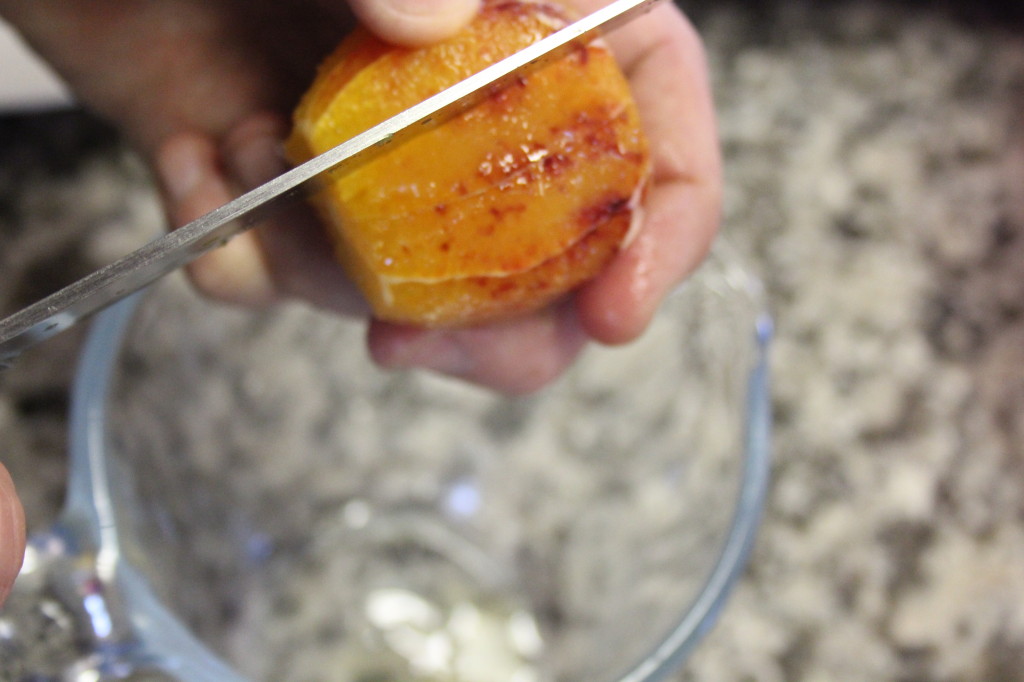 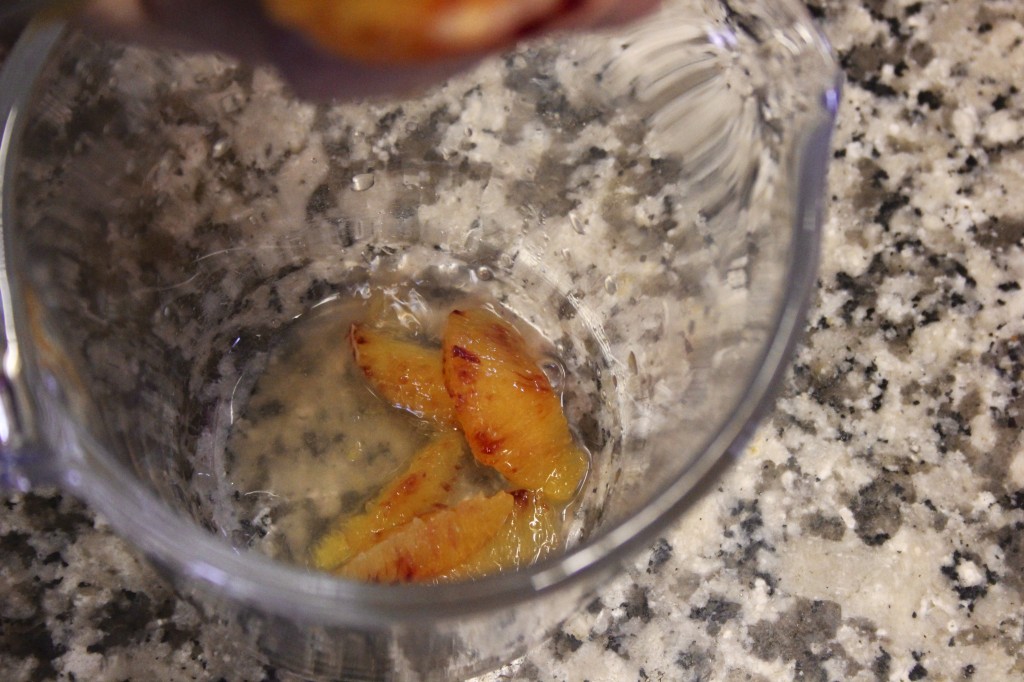 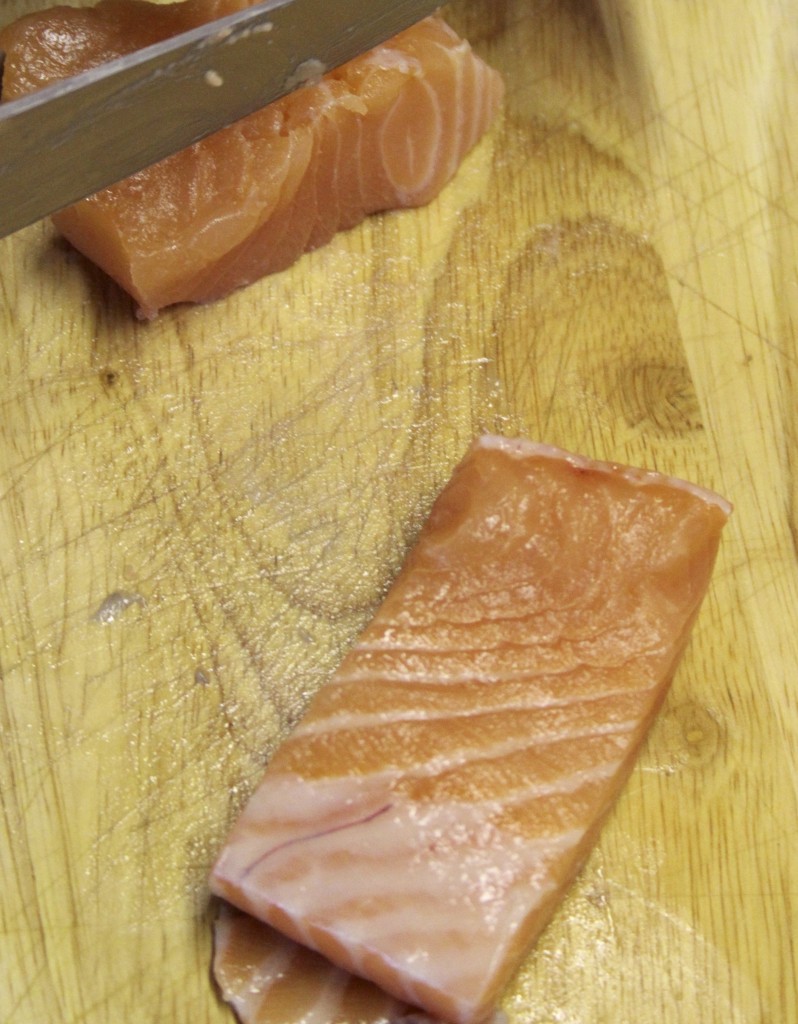 Fish used in ceviche is often sliced very thin.  We decided to chunk ours into small pieces to make more of a salad of this starter.  We began by removing the skin and then cubing the salmon into tiny bite size pieces. 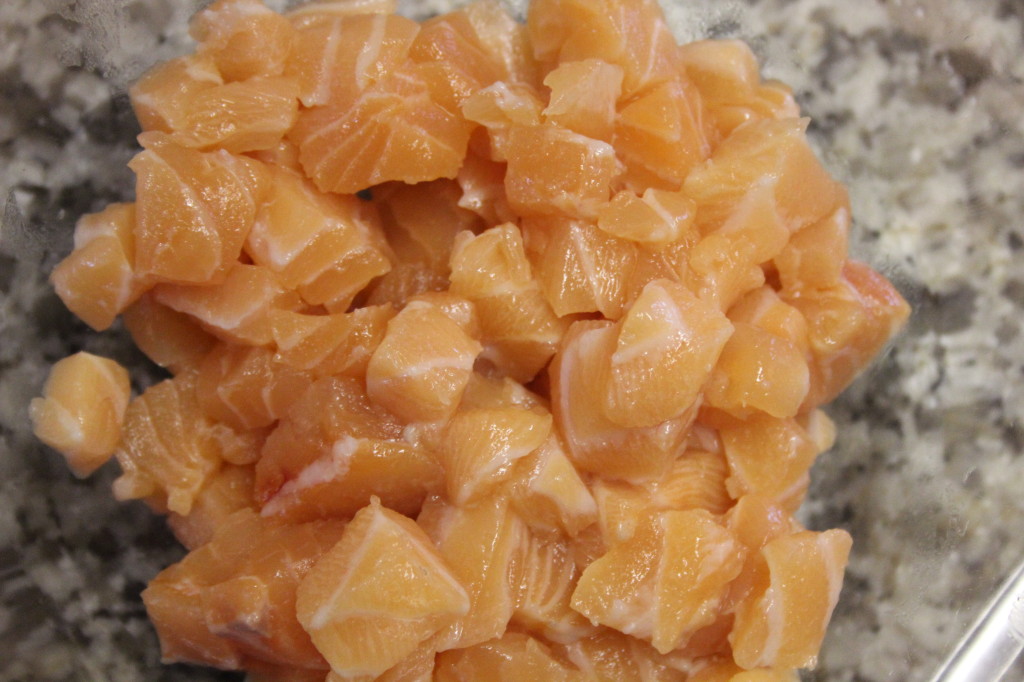 It is important to keep the fish very cold.  When we were done cutting it we placed it back in the fridge until we were ready to eat. 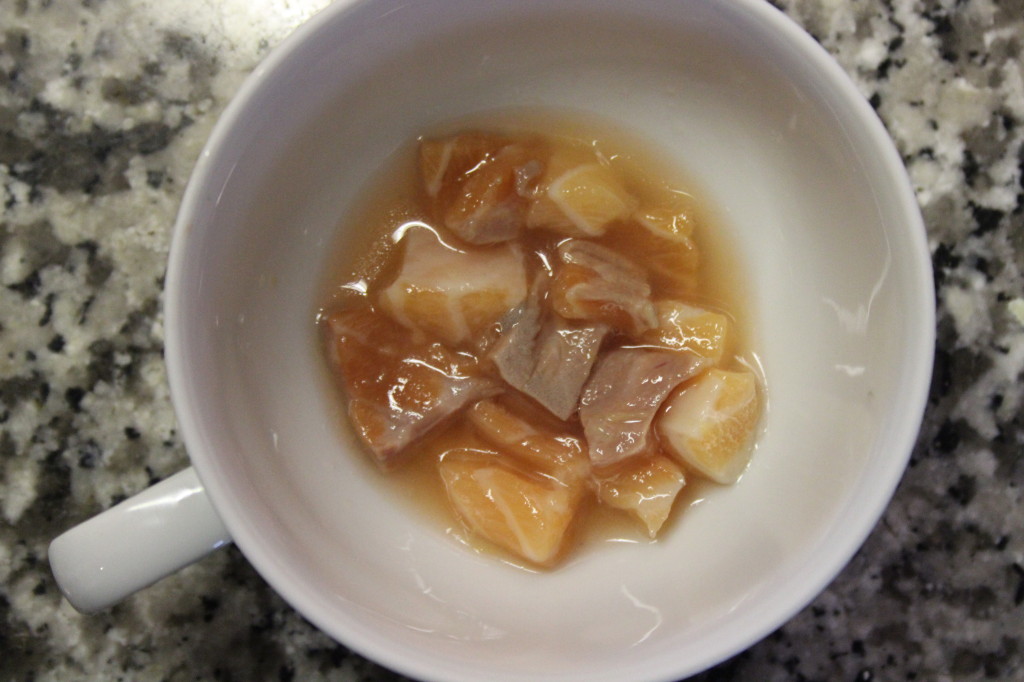 We had planned on marinating the fish in the citrus and tried it in the above photo.  In the end we decided to simply dress the fish in the marinade after it was carefully layered in the glass serving dishes. 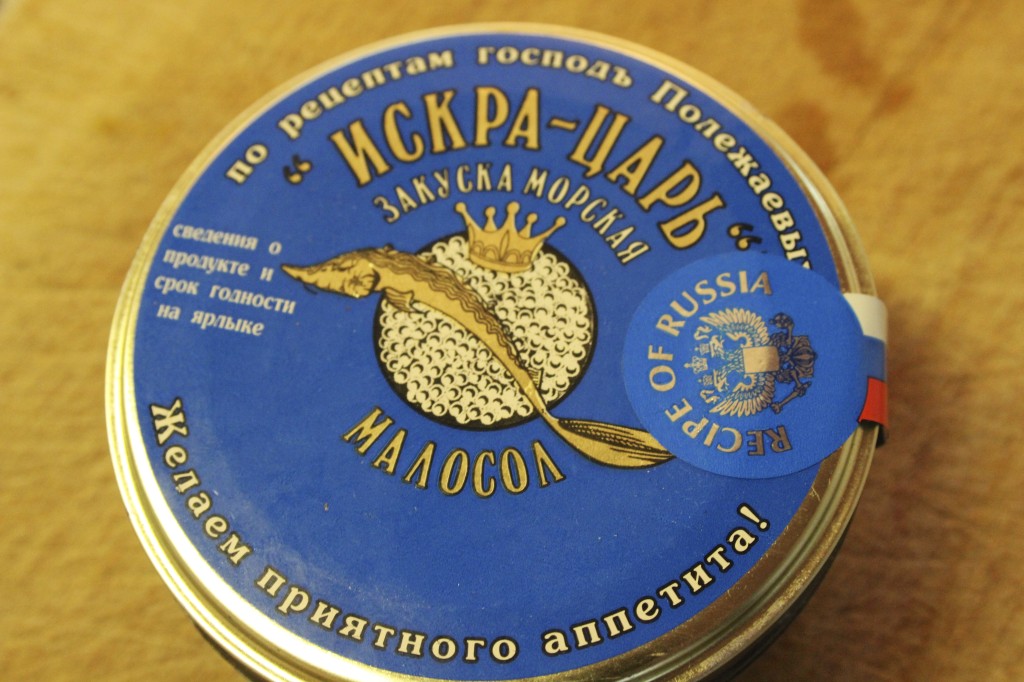 What better to place atop a cold fish dish than caviar? We were given two delicious pots from my sister and, uncertain if we could bring it back to the States on the plane, we decided we better eat one pot before we left.  Just a side note…it ended up we could bring it on the plane and after declaring it, showing it, and then having the rest of our luggage (including children’s backpacks) searched we were allowed to be on our way.  Knowing how gorgeous this particular caviar was made it worth it, but at 9:00 at night with two fussy and tired jet-lagged children on 2:00 am time, we did wonder if the backpack search was just too much and almost left it. 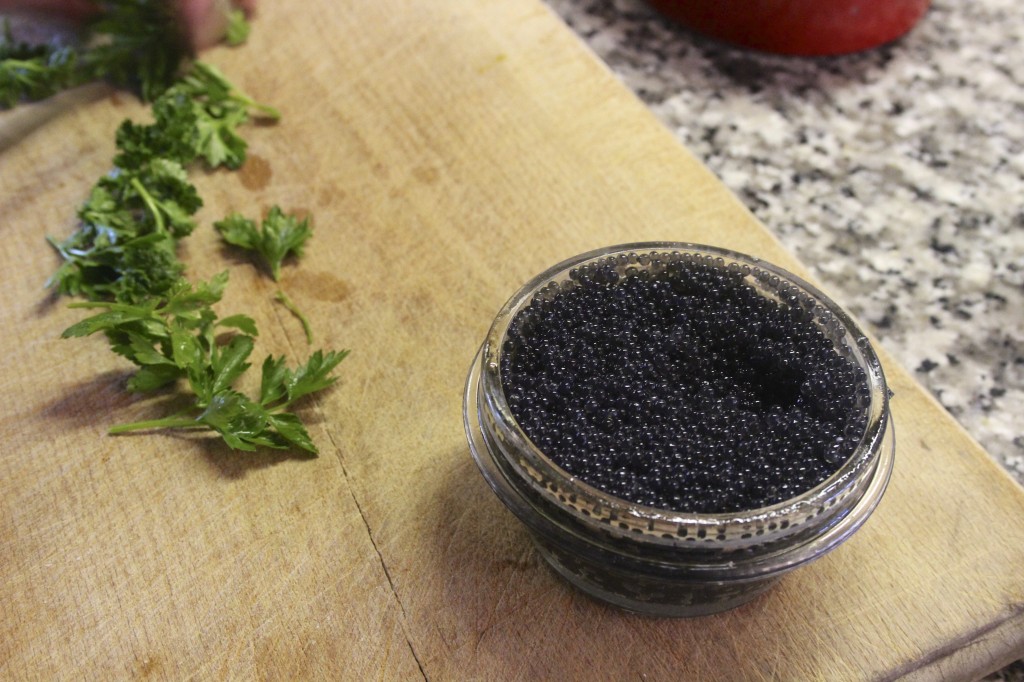 We chopped some Italian parsley and pea shoots and got ready to plate the starters with some creme fraiche, caviar and citrus. 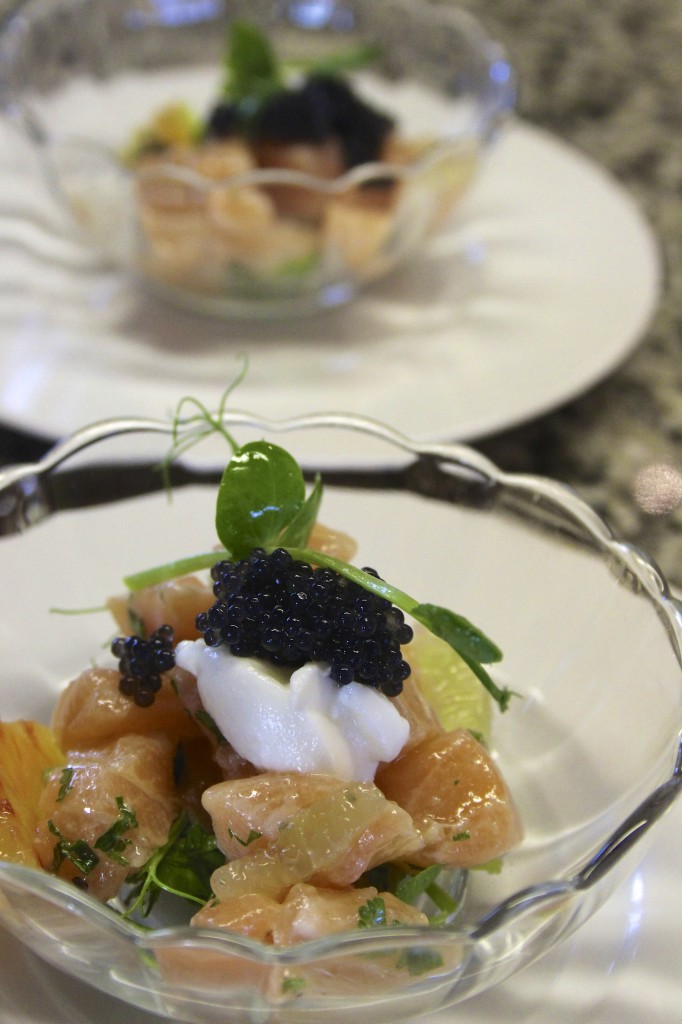 The end result was this light and fresh starter that was delightful to eat.  The flavor of the citrus and the texture of the salmon against the crunch of the caviar really made us think we should have just made a giant bowl of this and skipped dinner entirely. 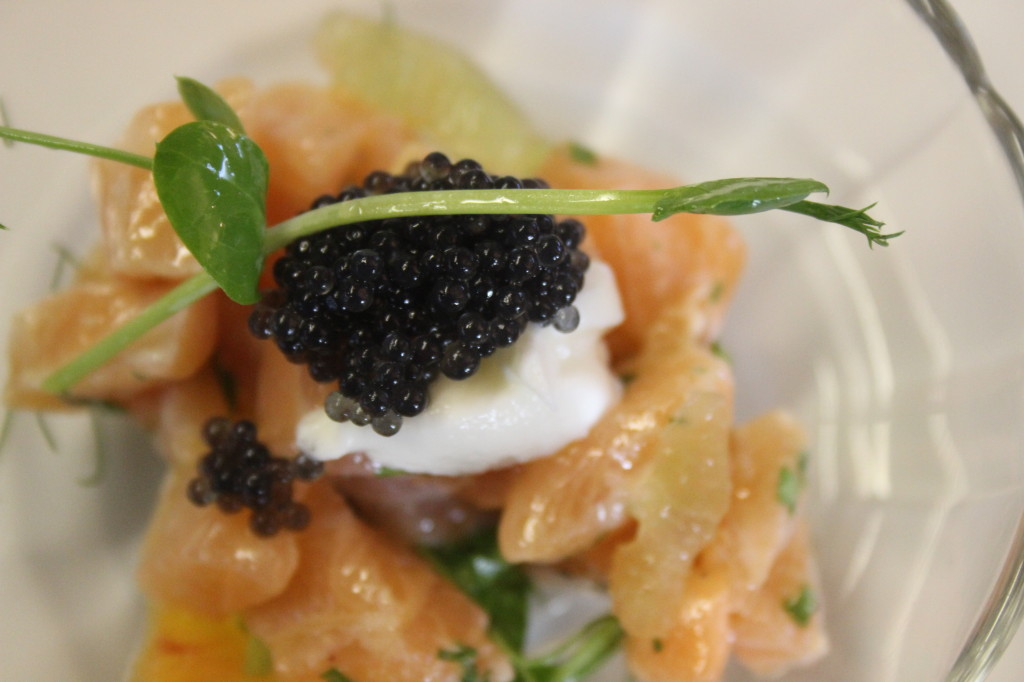