When we moved we decided not to get cable television.  We opted for Apple TV.   That means we really have to commit to what we are watching since it causes you to have to buy each program individually or by the season.  And….when you have the entire season in front of you it also means you can watch it over the course of two weeks or less.  (Good and bad as we’ve raced through some really great drama series lately. Have you seen Fortitude or Indian Summers?!)  A few nights ago we were watching Nigel Slater’s Simple Suppers.  He doesn’t claim to be a chef- only a cook- sort of the male version of Ina Garten but in the UK.  In this particular episode he wanted a burger but lighter so he opted to make it with chicken.  We thought it was a great dinner for the end of summer that is upon us so we tried it out.

He began by taking ground chicken and adding to it thyme (we quite like thyme so we used a good handful, chopped), lemon zest, the juice of one lemon, parmesan cheese and breadcrumbs.  We had the very end of a parmesan rind which had just enough cheese on it and a few pieces of sourdough bread which we blended up to make crumbs.  At the end we added salt and pepper.  He formed his chicken into good size patties for burgers.  We opted to go a bit smaller and shape meatballs out of ours.  Once formed we left ours covered to rest for most of the day in the fridge so that they would be ready to cook for dinner later that night. 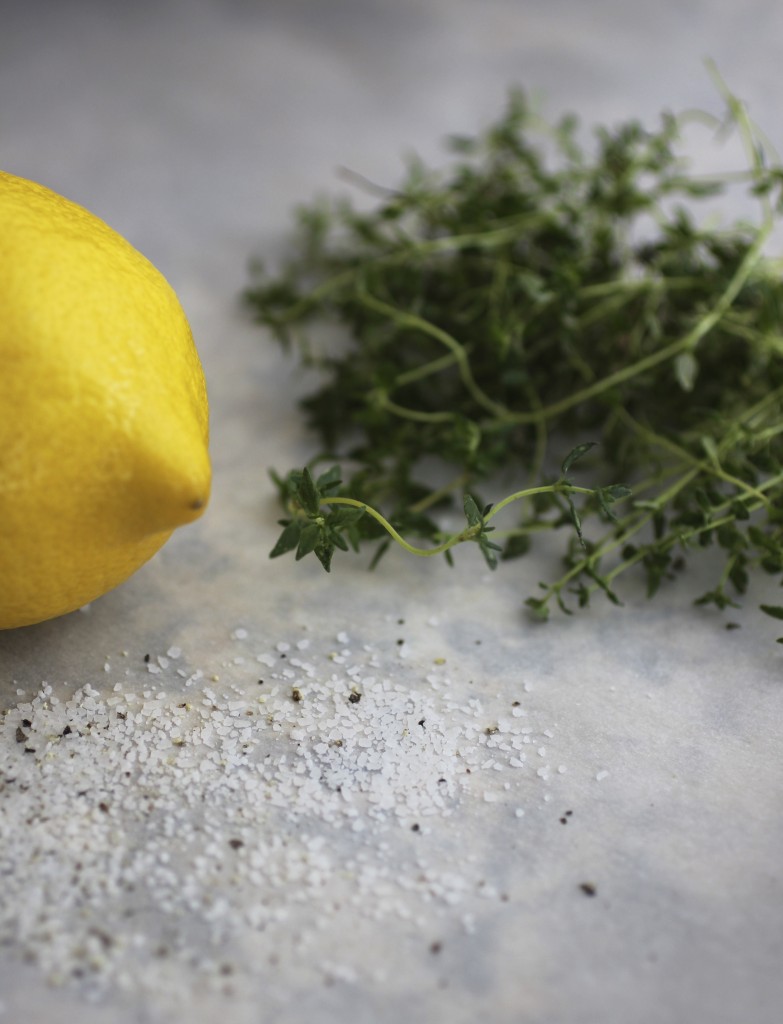 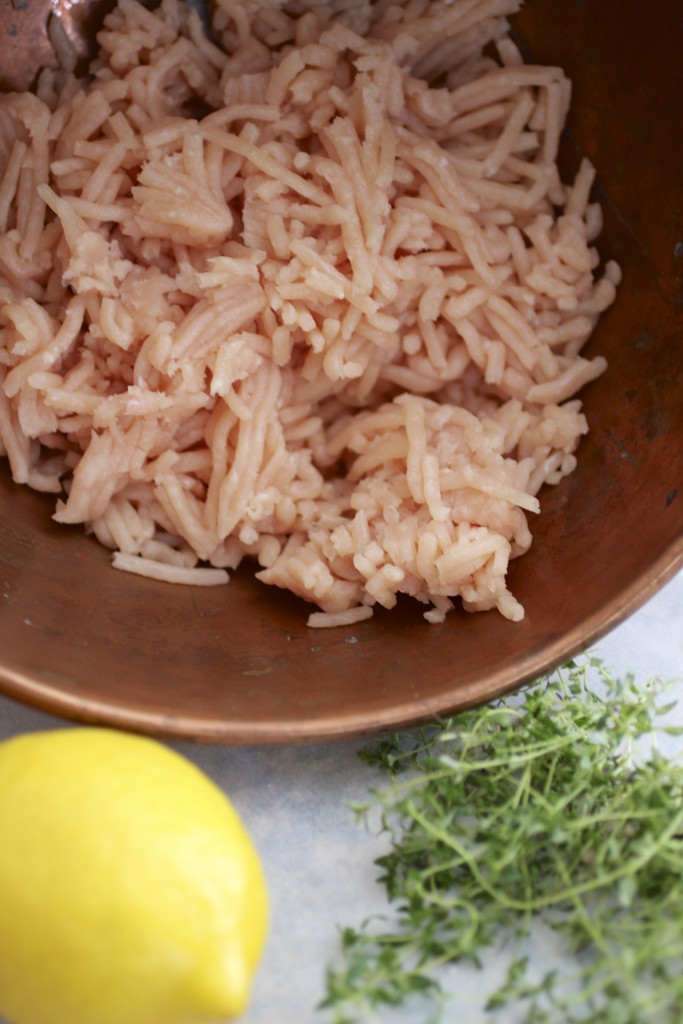 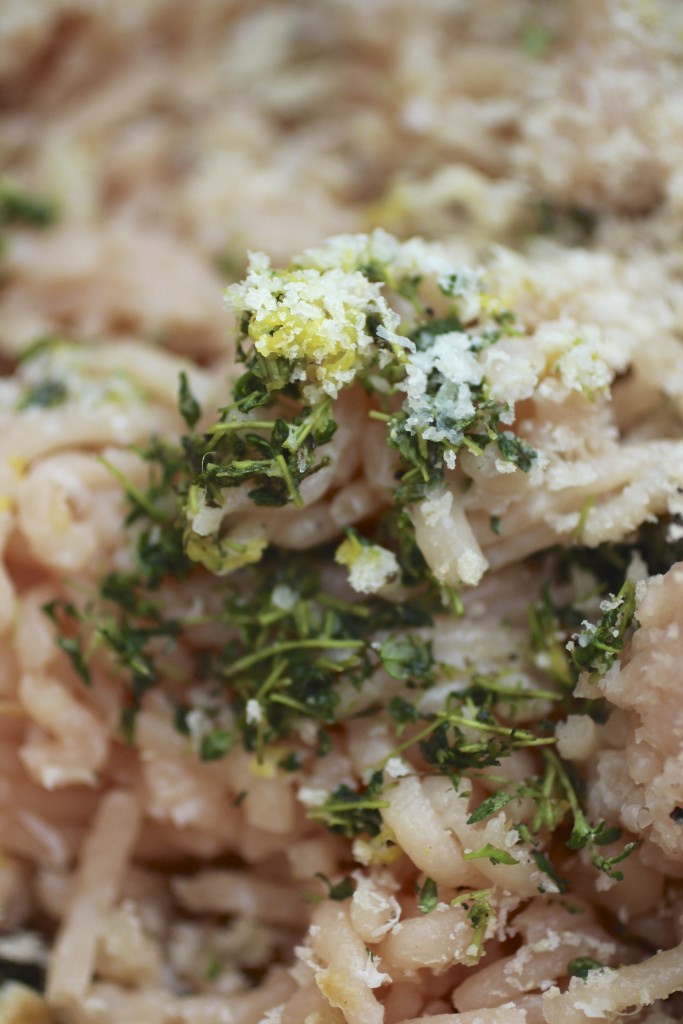 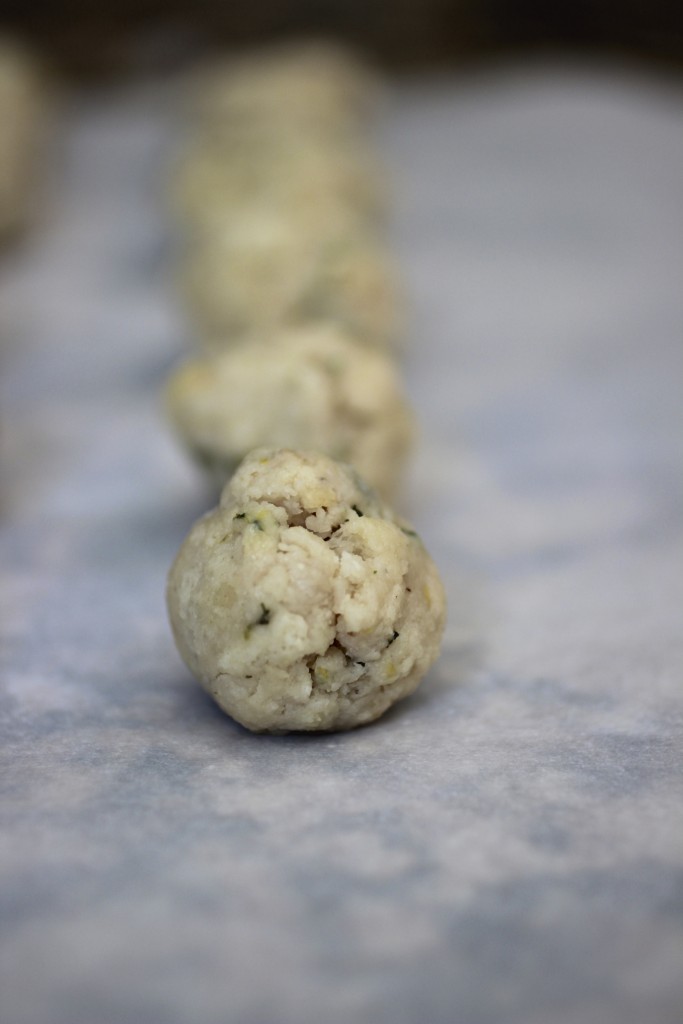 We browned them in a frying pan until the outsides were crispy.  We then stuck them in a 400 oven until the centers reached 165.  We served ours over a bowl of warm orzo pasta which had been lightly dressed with a simple mint sauce made of mayonnaise, lemon juice and loads of mint leaves.  We blended it up until combined and poured it over the warm pasta.  We left a little so that we could drizzle it on top of the meatballs.  This was light, summery and so flavorful.  The fresh mint leaves really remind you how lovely it is to cook with herbs. 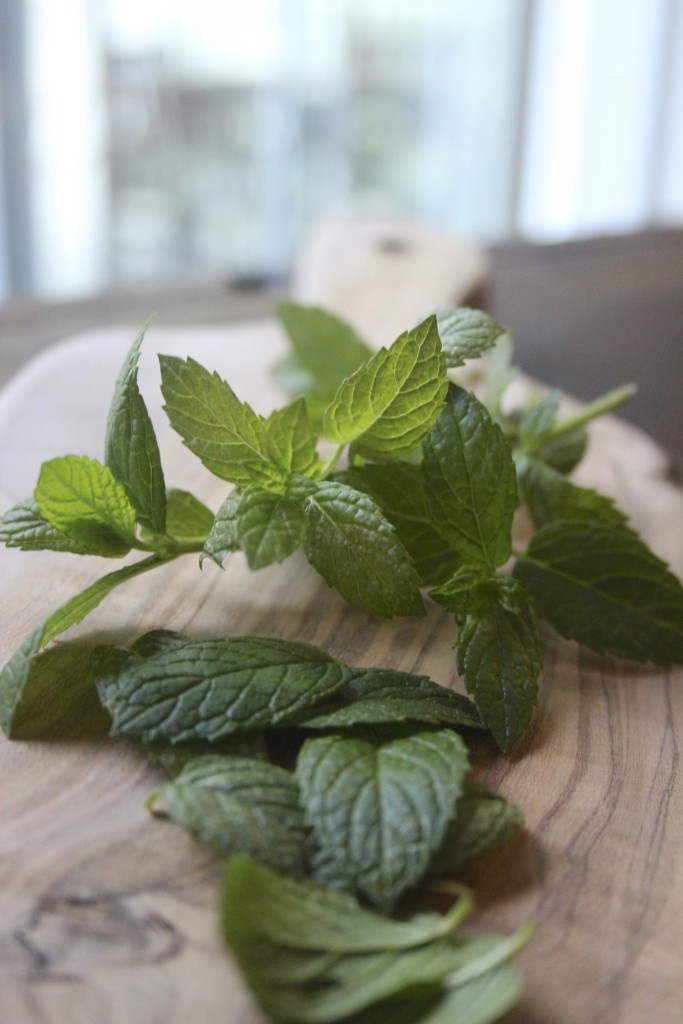 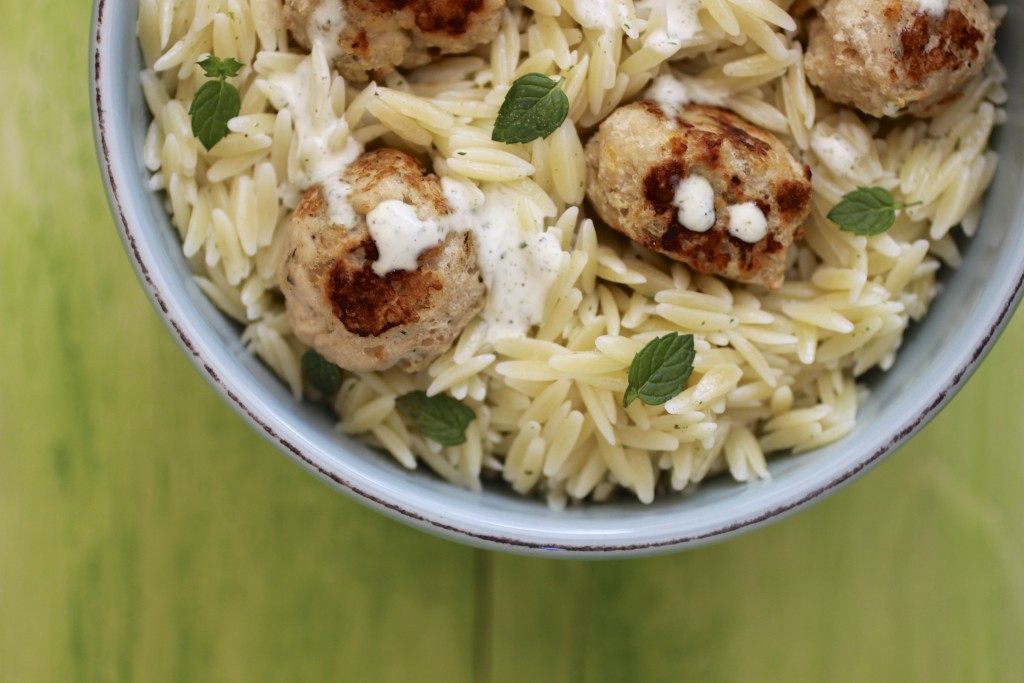 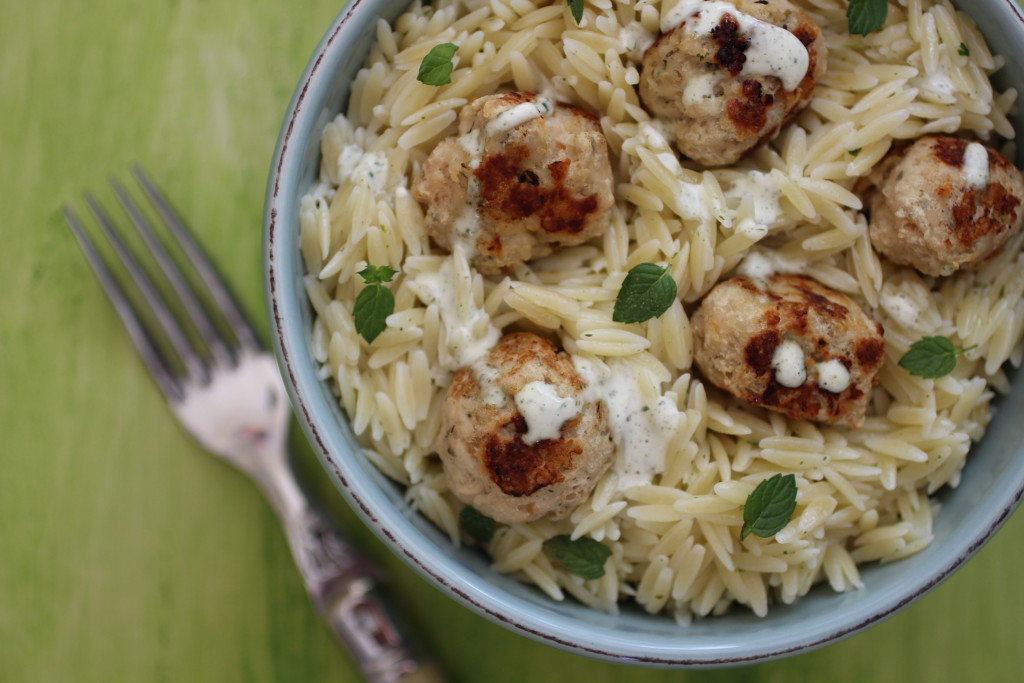