I love tacos.  Since before birth I have been loving Mexican inspired food.  Yes, before birth.  It was all my mother craved when she was pregnant with me, which, might not have been so bad if it were not the early 1970’s in small town Massachusetts, where, I imagine, getting Mexican food was not the easiest task…especially for someone who probably had not even eaten Mexican food beforehand.
I have come to realize that I could be happy with different sorts of tacos almost every night of the week, much to my husband’s dismay as he is not a fan of tacos.  I went out the other night and bought the shells, the fillings, everything to make guacamole and then got home and thought it is just too hot to turn on the stove or the oven.  I didn’t want to wait to use the veggies so I decided to make a soup. 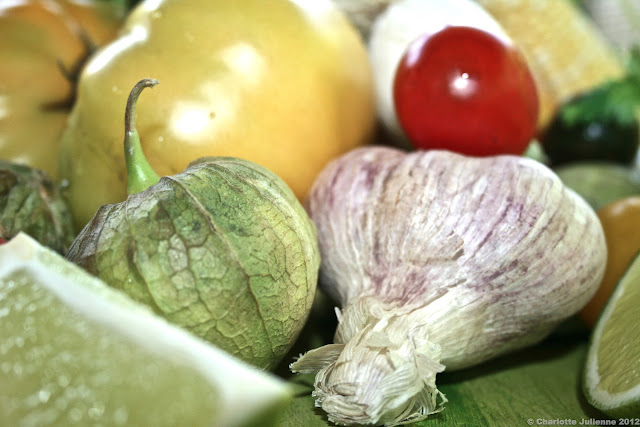 I roughly chopped all the vegetables.  This included heirloom tomatoes, tomatillos, corn, onions, and garlic.
I saved the cilantro, pepper and lime for the finished product. 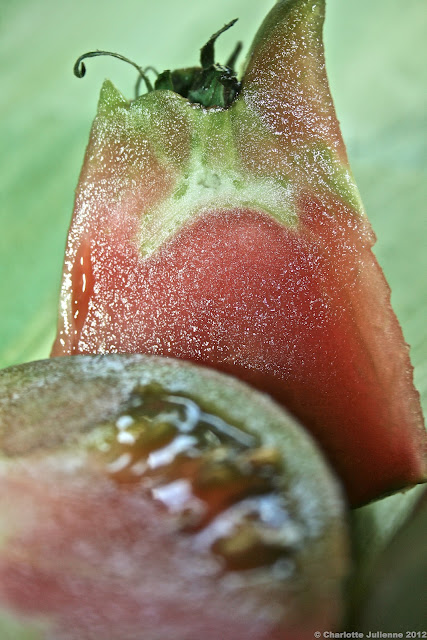 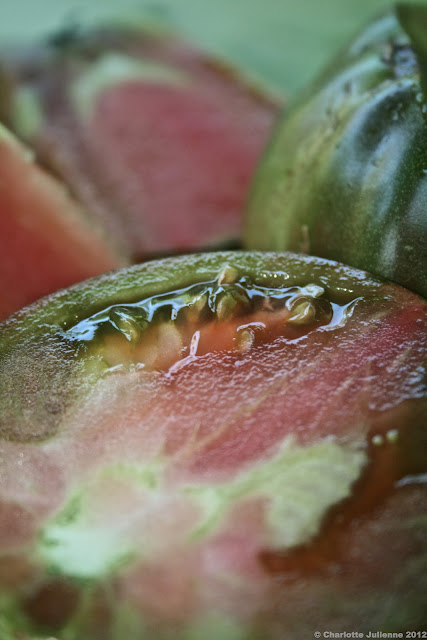 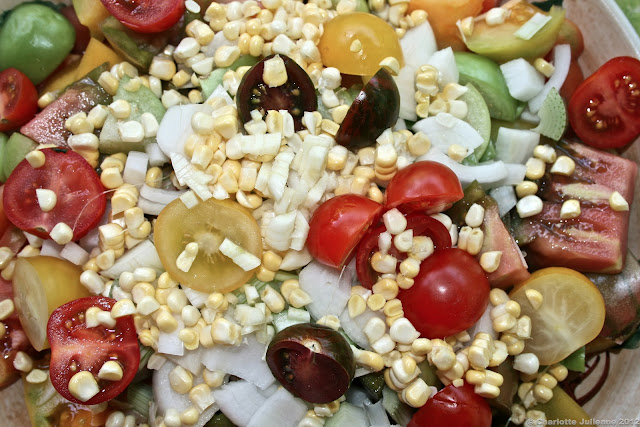 Once it was all roughly chopped I put it through our juicer on the soft fruit setting. 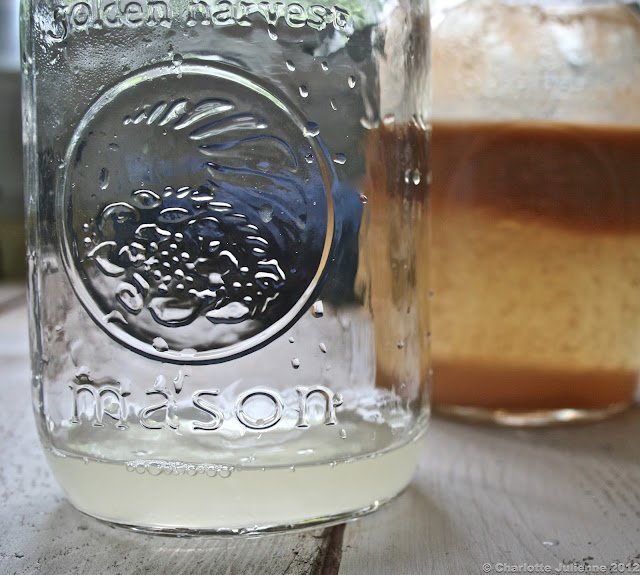 This produced a thick (and to be honest) ugly juice like liquid.  Not good for a blog.  Not aesthetically pleasing to eat for dinner….not to be wasted though….and that is when you become grateful that you are married to a chef who steps in and says “just strain it and make a consommé”…

So we did.  We placed a paper towel atop a canning jar and let the straining begin!
The juice that came through was just a beautiful clear liquid…much more pleasing! 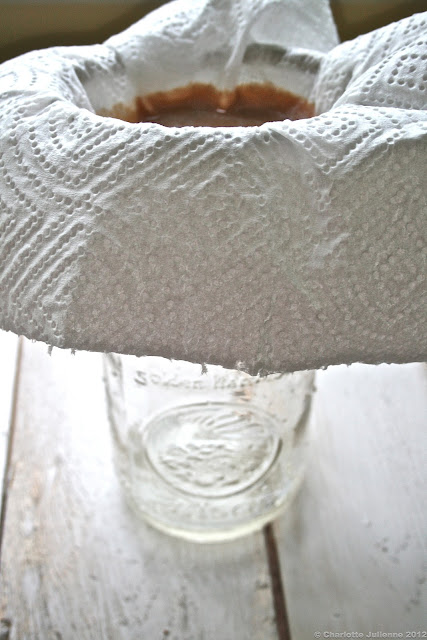 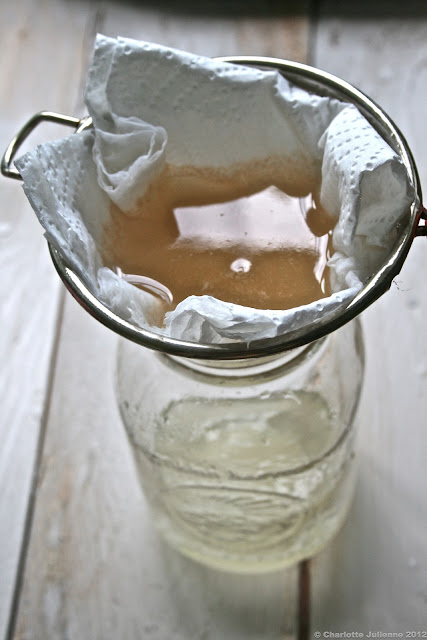 The straining took a while, about 30 to 40 minutes, but it was worth every minute.  Once strained we let the juice sit over night in the fridge to get super cold and flavorful. 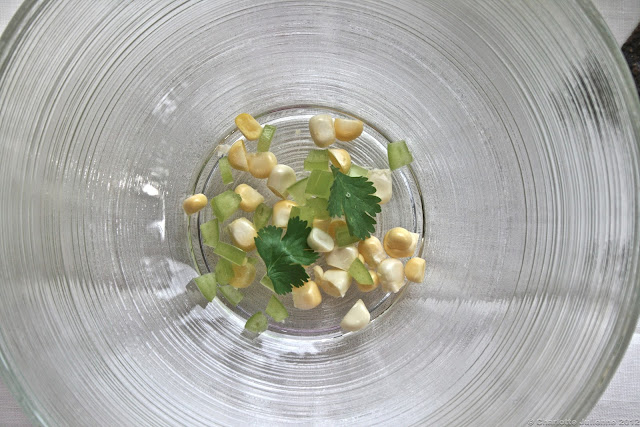 When it was time to eat it we added a few flecks of corn, chopped pepper and cilantro to the dish. 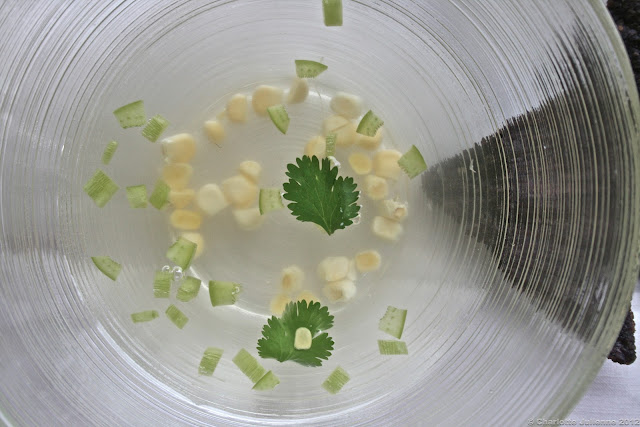 We gently poured the liquid over the vegetables and then it was ready~ a simple cold soup which looked much better than what it began as and tasted out of this world full of flavor of tomato. 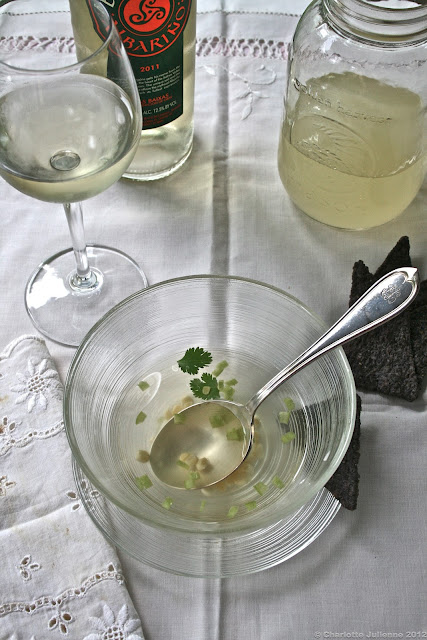 Perfect for these hot summer days we have been having here in Western Massachusetts.