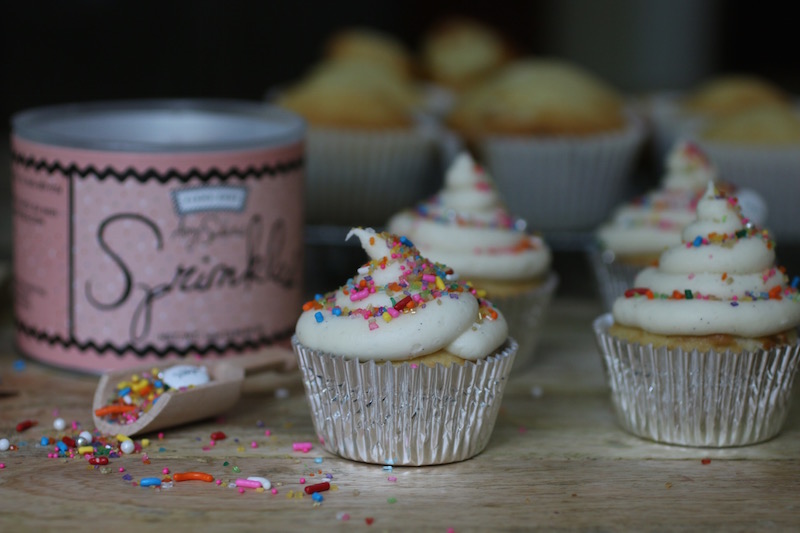 Oh my, November has a load of great food holidays! November 10 is National Vanilla Cupcake Day! It is also the day that our children came to live with us six years ago.  Definitely a reason to make cupcakes. Ahhhh! Where are my cupcake lovers? I think my love of cupcakes runs so deep because I have a summer birthday and missed out on that (old) childhood tradition of getting to bring cupcakes into your school classroom on your birthday.  Oh I can’t let go of that.  If I had held on a few more days and been born in early September my entire relationship with cupcakes could have been different.

When I decided to make a vanilla cupcake today it was really just for the picture.  I wanted one Instagrammable shot.  But as the process unfolded it was a story that was worth sharing.  Do you ever have those moments when you are pretty sure someone is trying to tell you something? When the universe is saying slow down and pay attention? That happened with these cupcakes.  It all started out so ordinary.  I searched through a lot of our cookbooks for a recipe.  Unsatisfied, I turned to google.  I looked at so many recipes and then clicked on one and thought it sounded great because it also included a frosting recipe.  Never mind the fact that it was called “the second best in New York City”.  It had a simple picture and was from Epicurious which I love.  I made the cupcakes.  They were super easy to make.  The frosting came out perfectly.  It piped perfectly.  It (I cheated on my no sugar, no dairy daily eating regime) tasted subtly vanilla- which I also loved.  I love subtle.  I knew I wanted to make this cupcake extra special and wanted sprinkles that were over the top.  At Charlotte Julienne in Watch Hill we sell these gorgeous little tubs of sprinkles from Fishs Eddy.  There are enough sprinkles in this tub to last you a year even if you sprinkle every single day.  And that is great because they are not cheap.  But they are oh so pretty.  Even more so once you open the top and discover the adorable little wooden scoop and the endless colors and textures of sprinkles inside.  I’m a Virgo.  I crave simplicity and organization.  Sort of in the OCD form.  But not really.  You would think that this smattering of sprinkle combinations would make me nuts but it made me fall in love with sprinkles all over again.  Ok- so what is so amazing? What? I was photographing the tub of sprinkles and noticed the font said Amy Sedaris for Fishs Eddy.  I have been selling these sprinkles all summer.  Not once did I pay attention to that.  I didn’t even know who Amy Sedaris was.  Until today.  When I clicked on Vanilla Cupcakes by Amy Sedaris.  When I made vanilla cupcakes by Amy Sedaris.  When I made frosting by Amy Sedaris.  It was just one of those little moments when the universe lined up for me.  I looked at a lot of cupcake recipes before I settled on this one.  And it must have been fate.  Sprinkle fate.  They were meant to live on these cupcakes.  And so now you are reading this rather than just looking at my Instagram photo.  I hope that you will check out her recipe- it really was great.  The frosting though- that will live in our frosting repertoire forever.  So will the sprinkles.  They just make you feel sparkly inside. 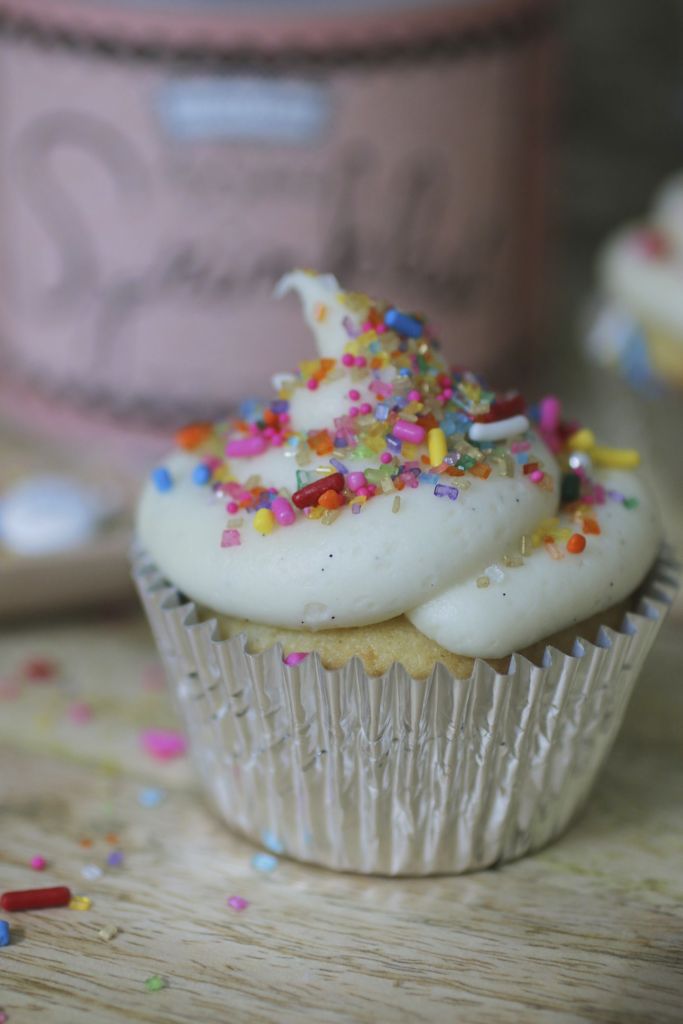 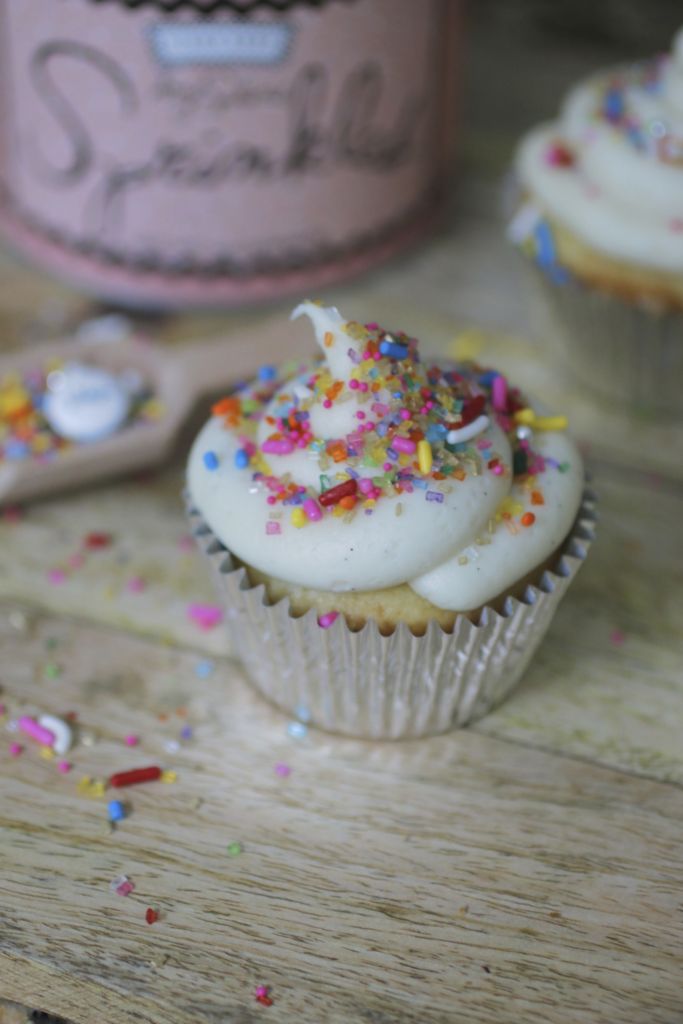 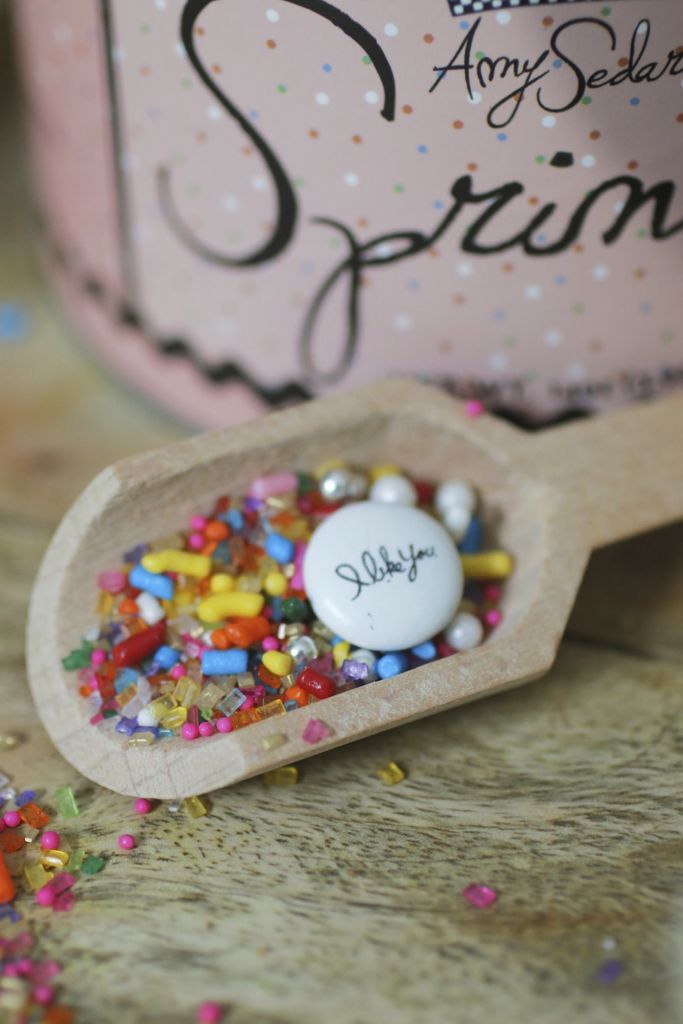 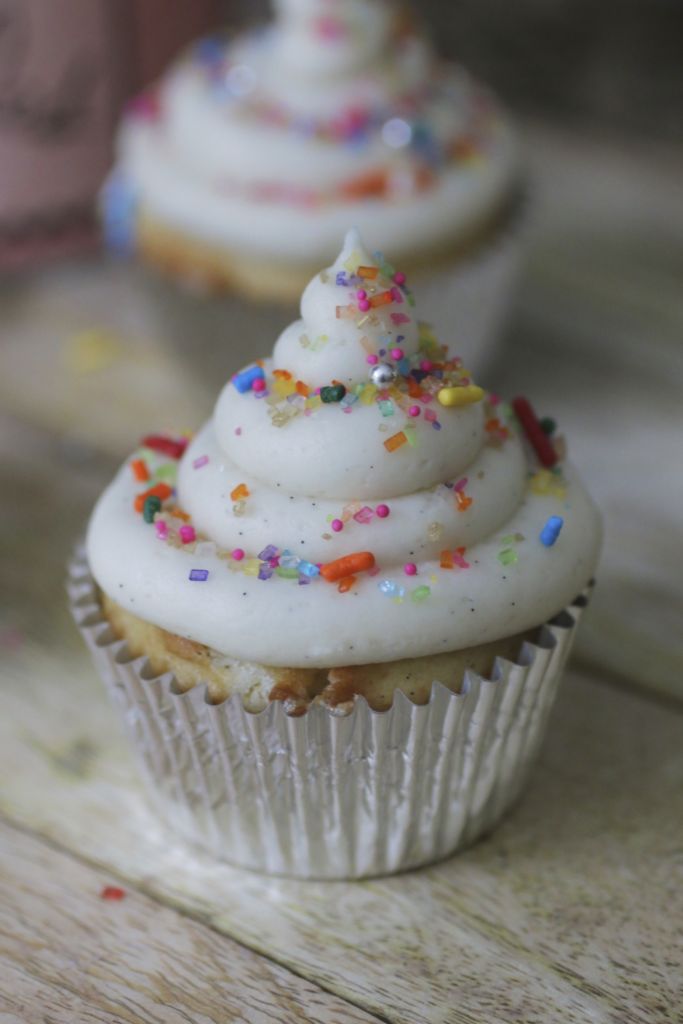 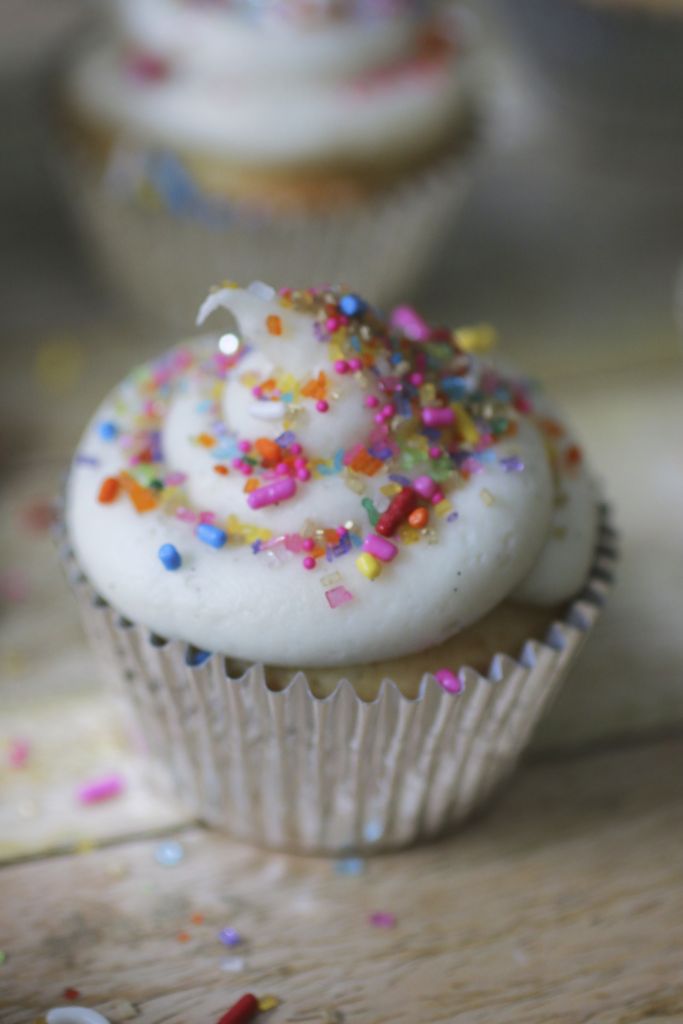 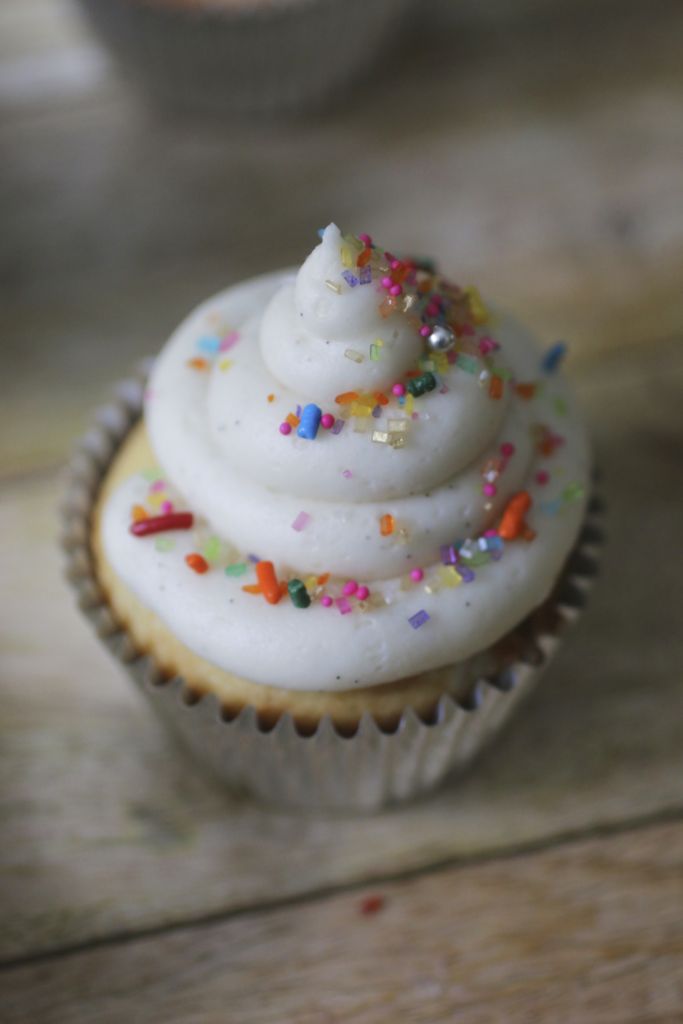 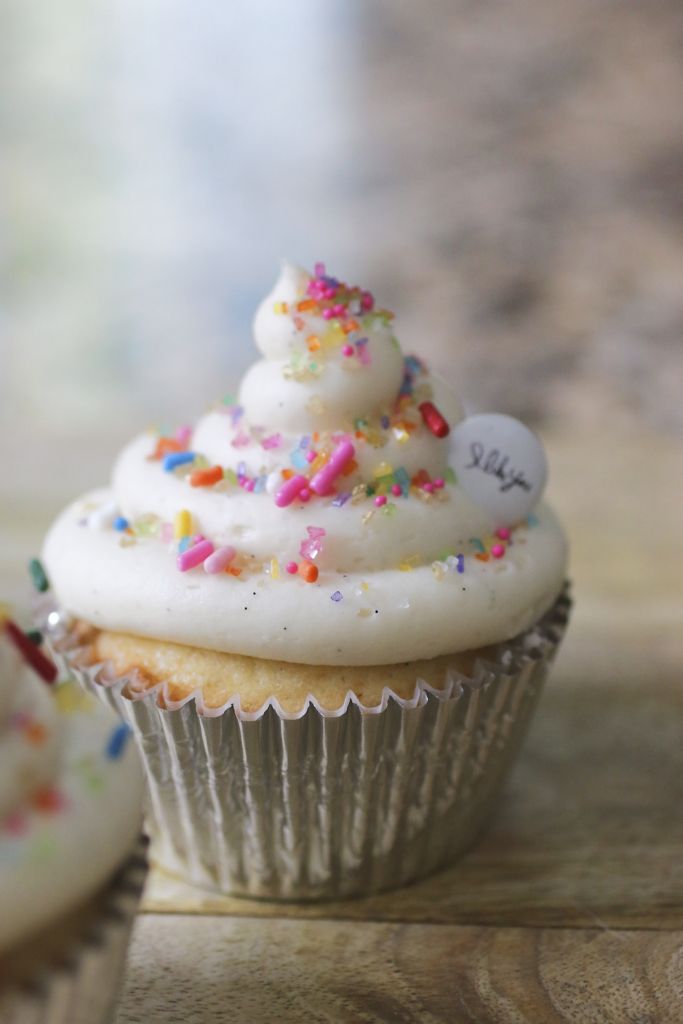 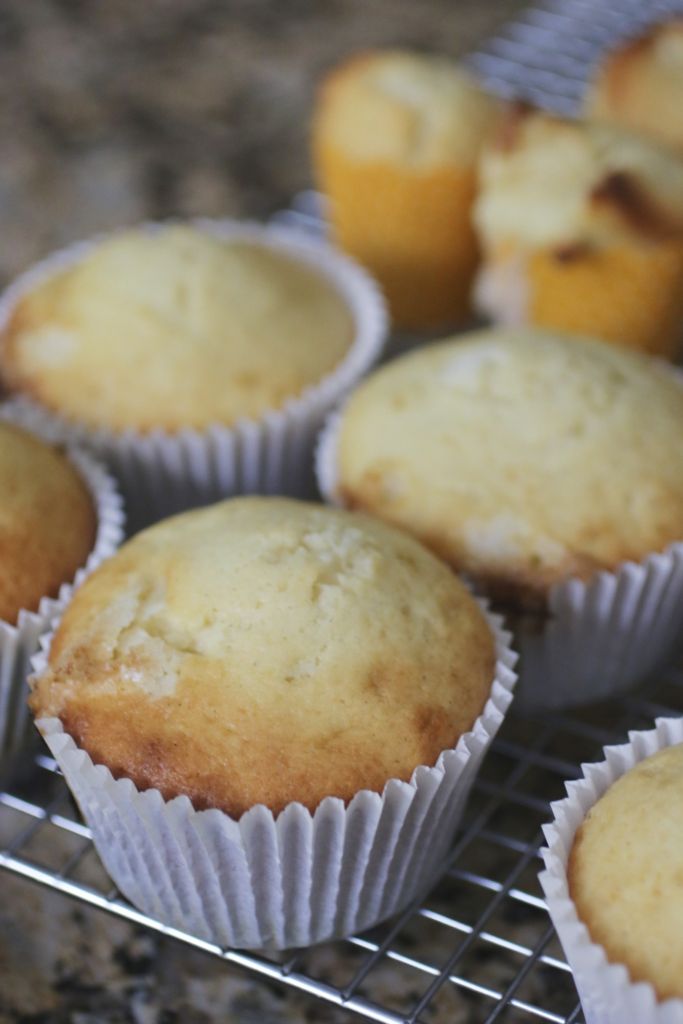 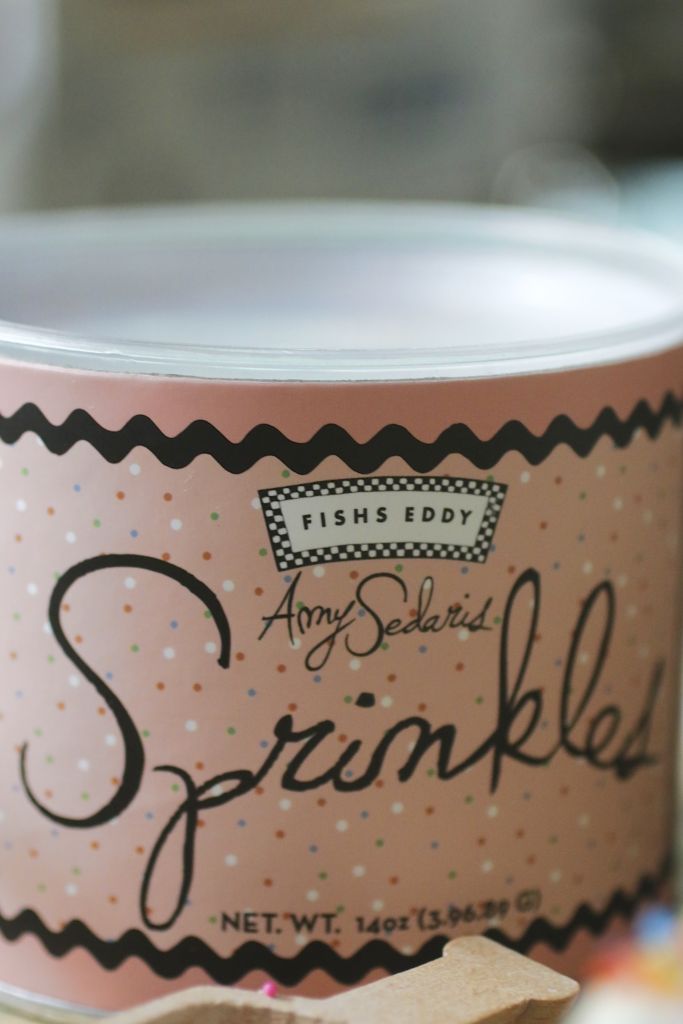 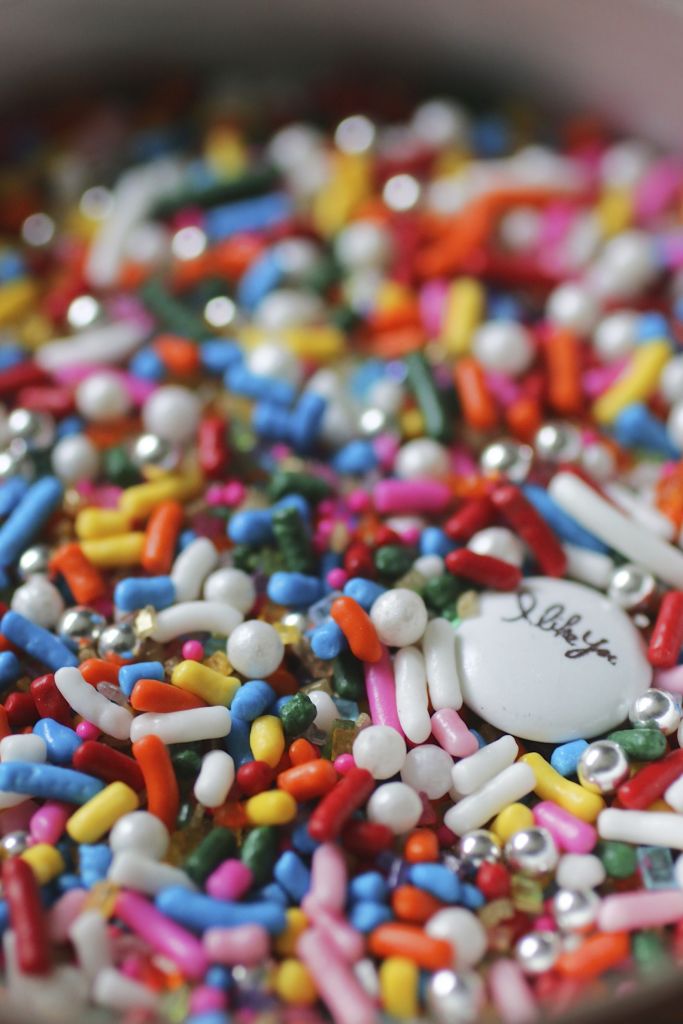 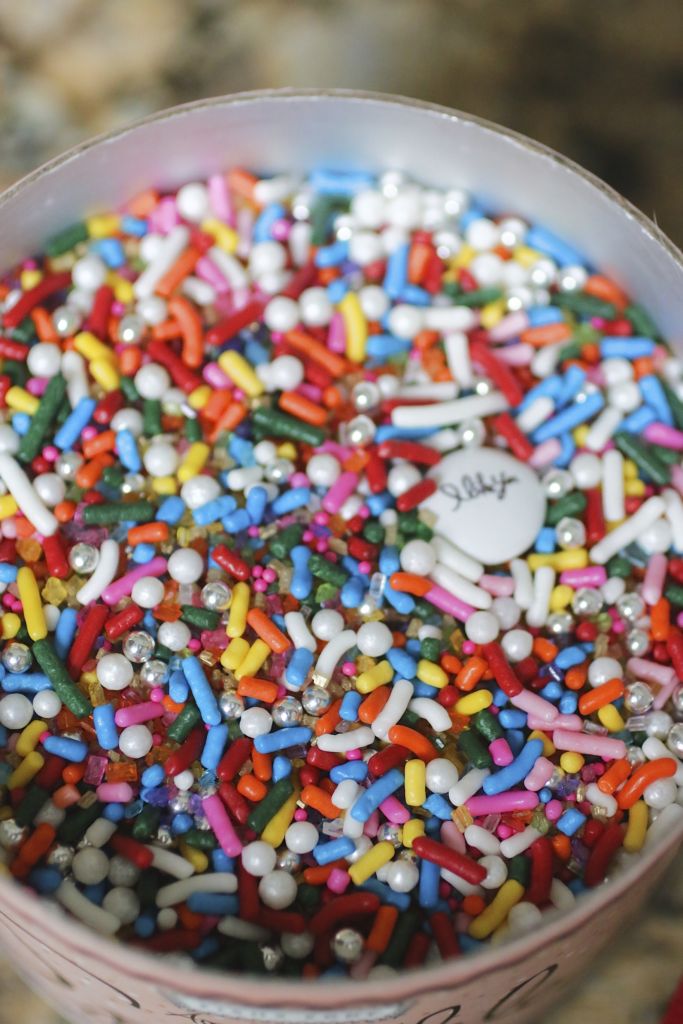 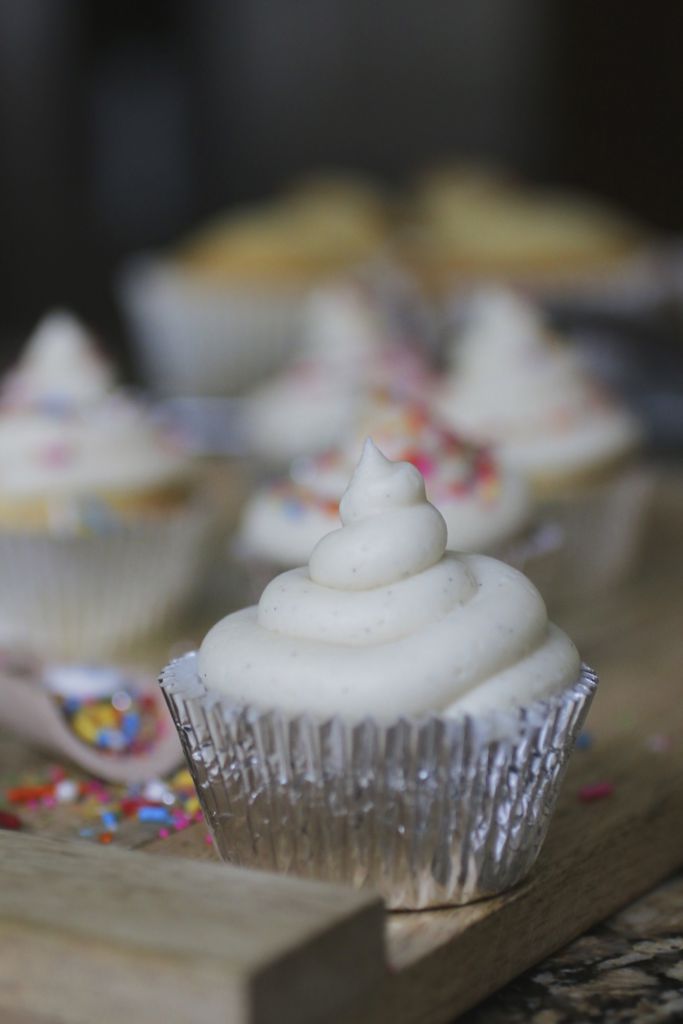 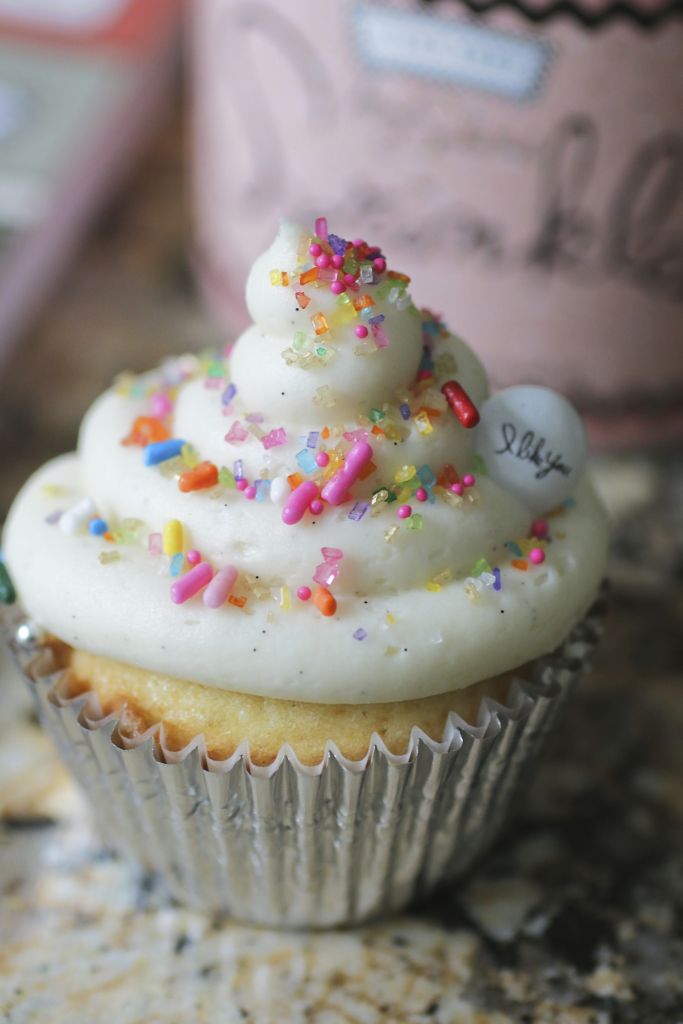 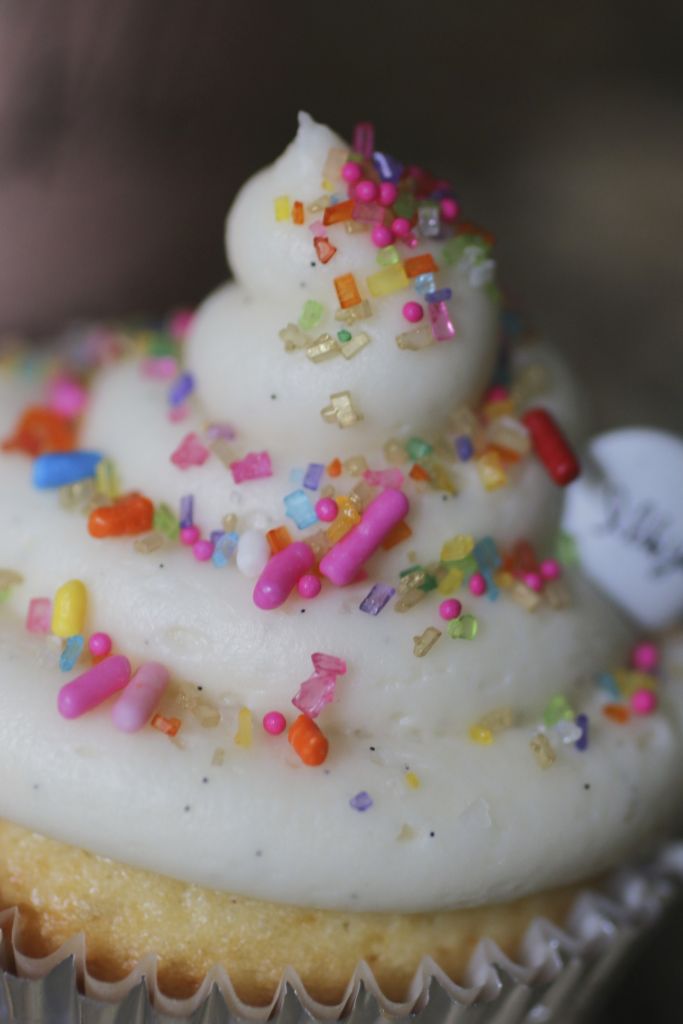