Last night there was a huge storm coming our way.  We were sitting on our screened porch and the temperature began to drop (lots!) and the winds picked up so much that we needed to move the furniture to the sides and head inside.  It was the perfect summer night for something comfort food like but yet summery at the same time.
It is rare that we get to eat dinner together on weekends, so we decided to use this opportunity to rummage through the fridge and make something that involved little effort but provided big flavor.
We had lamb, pea shoots and polenta and earlier in the day had bought some baby artichokes.  Baby artichokes are so wonderful at this time of year so when we spotted some at our local market we snatched them up not really knowing what we were going to do with them. 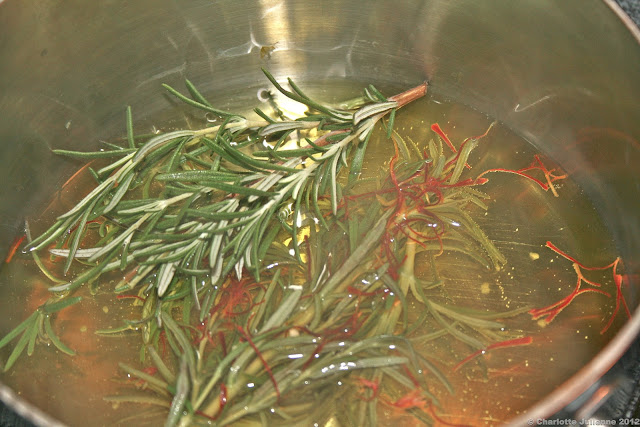 We began by infusing the water for the polenta with rosemary and saffron and a little bit of olive oil. We steeped this and then added the polenta to it cooking as directed. 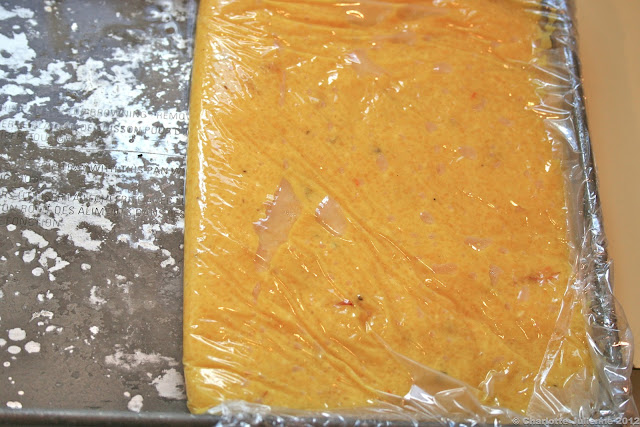 We made the polenta, covered it with Saran wrap and then allowed it to set up in the fridge. 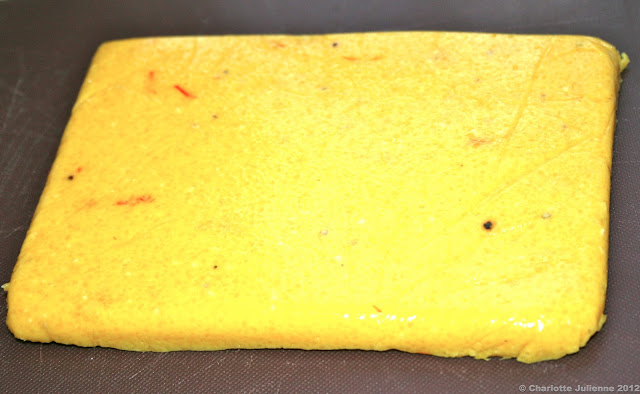 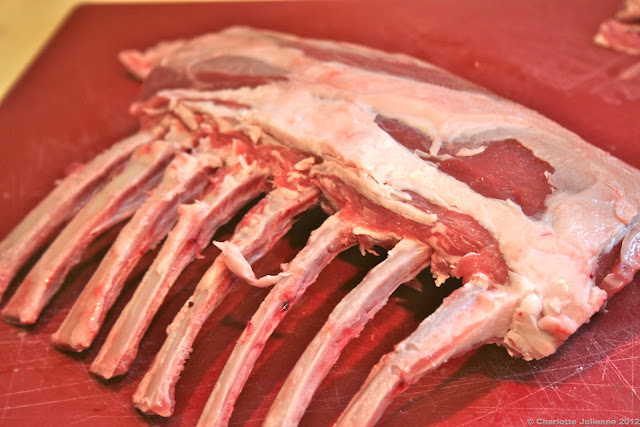 In the meantime we cleaned up the lamb reserving the tops of the bones for our stock.  You can see that the lamb has enough fat on the backside that it will render very quickly. 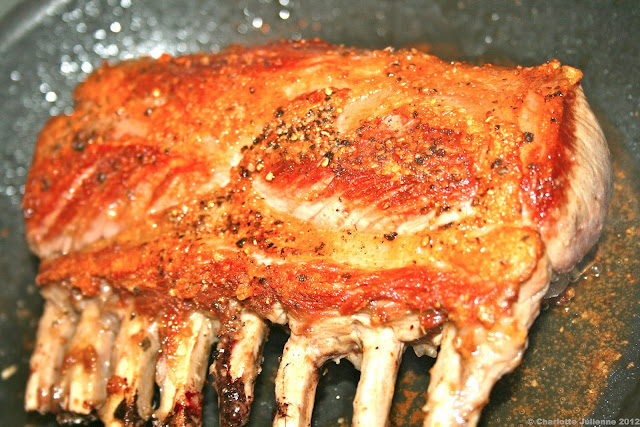 We like our meat rare so we only cooked this for about nine to ten minutes total.  It was turned throughout the cooking process and also basted with its own fat. 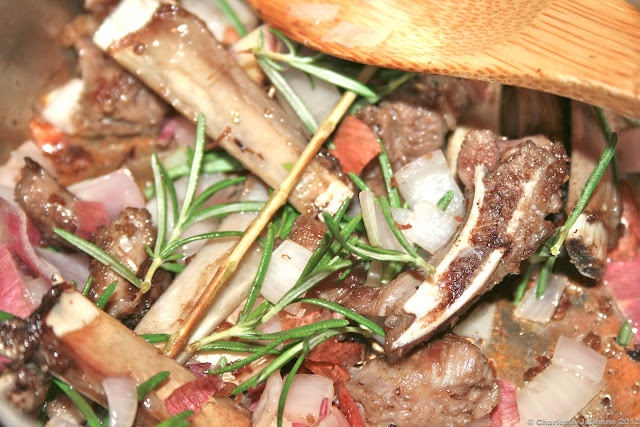 We used the tops of the bones to make our reduction.  We simply cooked down the bones with shallots, white wine, rosemary, and some lovely veal stock which we had gotten at the market.  We strained the juice and were left with a lovely sauce which we reduced until very thick. 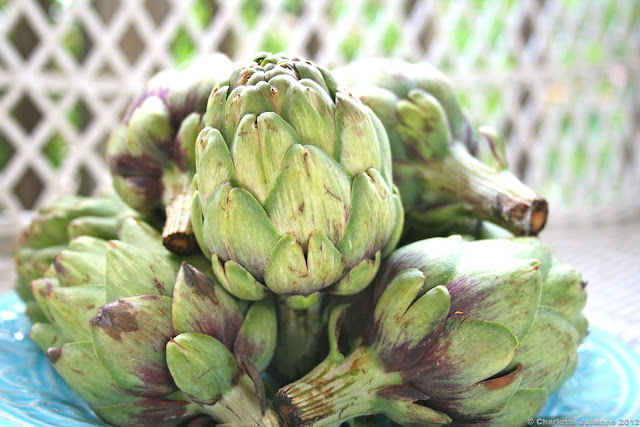 Is there anything more beautiful than an artichoke? I think we walk by them so often but really they are quite simple to use. 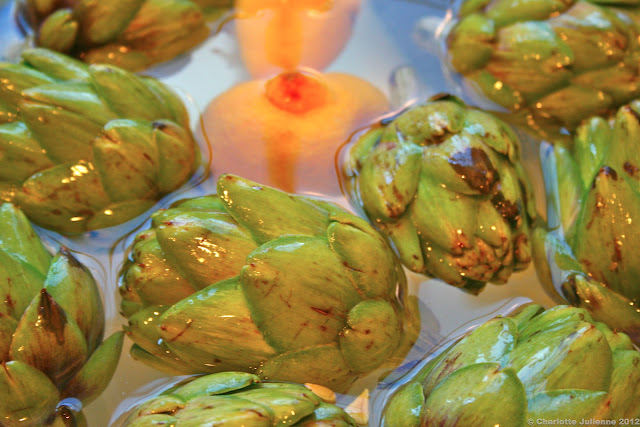 We began by soaking ours in a bath with cut lemons.  We then removed the outside leaves, trimmed up and removed the choke. 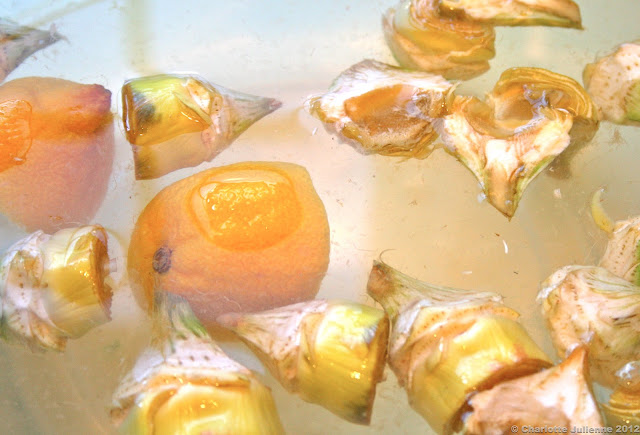 They were then blanched in boiling water with lemon until tender and then shocked them in a cold water bath to save until we were ready to sauté them. 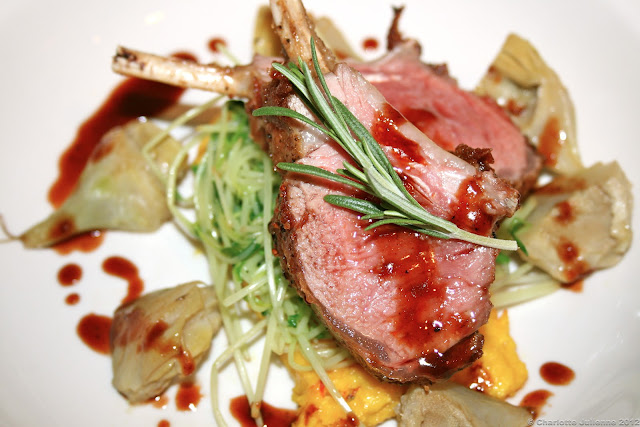 We plated our meal by starting with the polenta followed by some fresh pea shoots topped with the lamb.  The artichokes were placed around the edges and the reduction drizzled atop it all.  It was such a hearty yet summery meal for a stormy night.