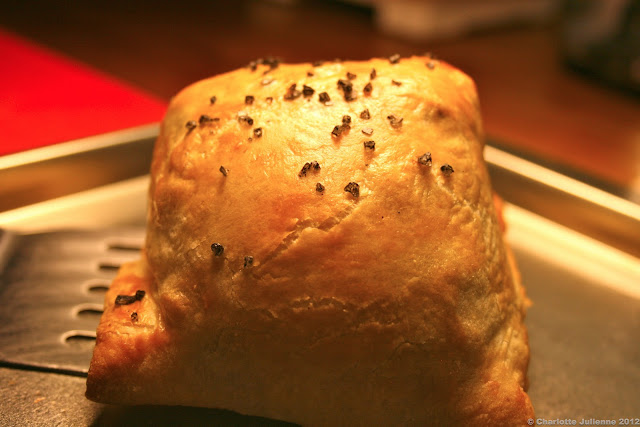 To this day, The British Army’s Queen’s Lancashire Regiment (now the Duke of Lancaster’s Regiment) annually celebrate their battle honor (honour) awarded for the Battle of Waterloo 1815. This victory by Wellington over the forces of Napoleon is celebrated with a parade followed by a regimental dinner in the Officers’ Mess.  As you would expect, it is Beef Wellington that is served as the main entree at this dinner. I am sure that if it had not been named after Wellington it would still be a very popular dish in the just its name would be ‘filet de beouf en croute’. 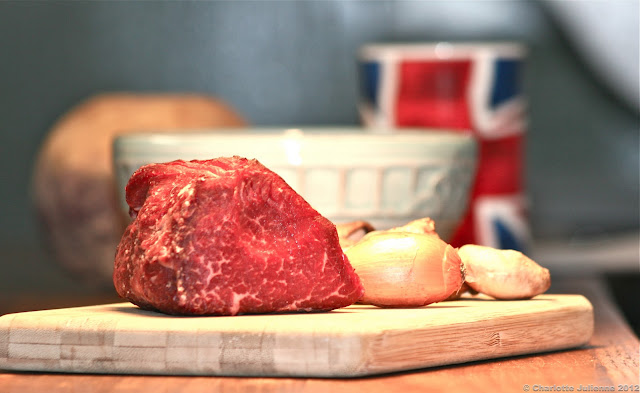 Beef wellington requires a piece of good quality tenderloin, some mushrooms, a shallot, a sprig of thyme, butter, egg wash, salt & pepper and some puff pastry. 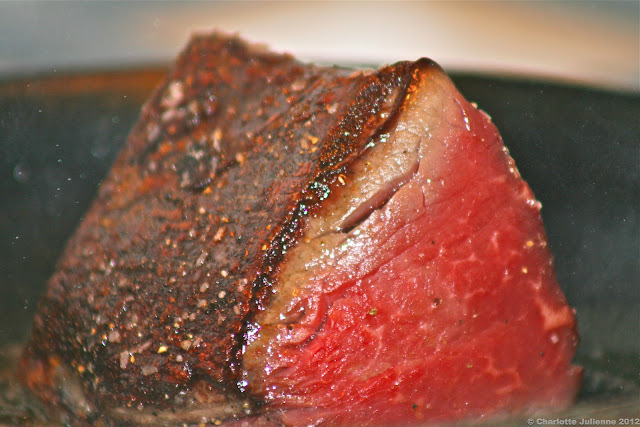 Season the tenderloin with salt and pepper then in a very hot sauté pan add a little oil and sear the tenderloin well on all sides. This recipe is for a rare to medium rare beef Wellington, so if you prefer it more well done you should give it some additional time in the oven. Once seared, remove from the heat and allow to cool then place in your fridge.  Discard the oil but don’t wash the pan. 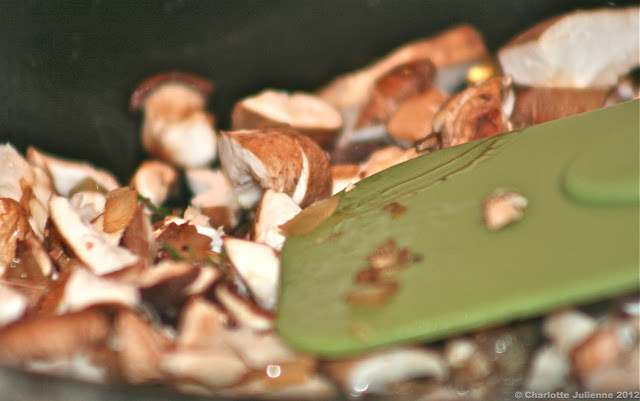 Into this same hot pan add your shallots and soften for a few minutes and then add the mushrooms, thyme, a little water and seasoning. After cooking for a few minutes, add some butter. Once cooked remove from the heat, allow to cool then chop finely. 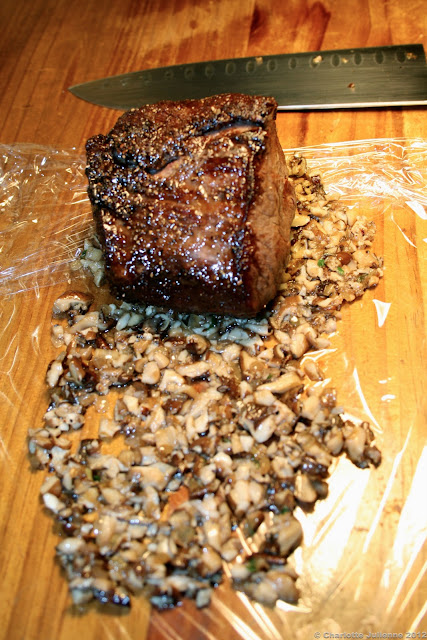 Once cooled spread the mushroom mix onto some plastic wrap and the now cooled beef on top. 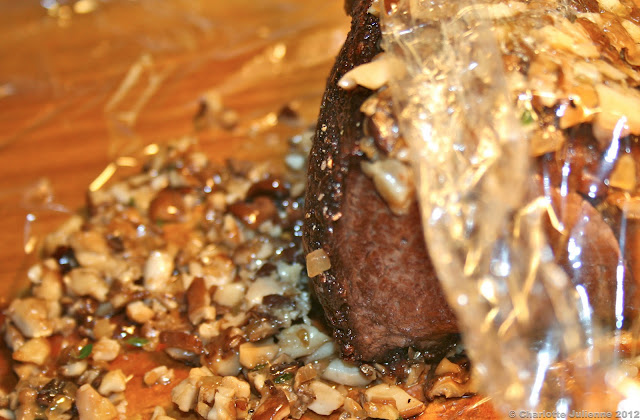 Carefully use the plastic wrap to roll the beef and cover it with the mushroom mix. 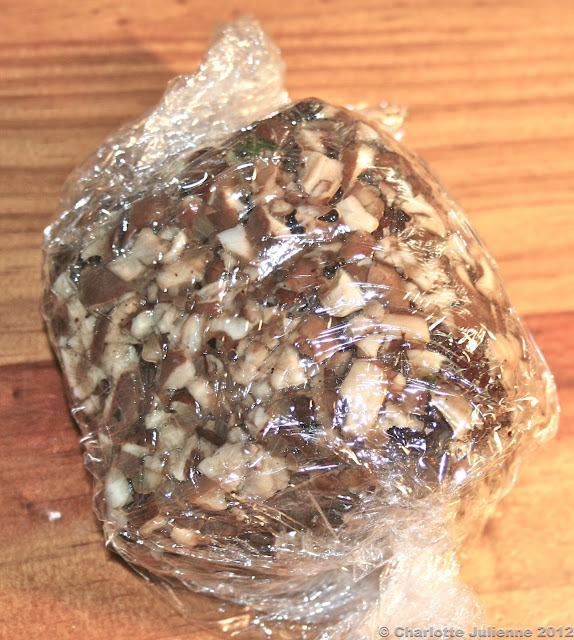 Once wrapped place in the fridge to cool. The butter in the mushroom mix will help it firm up so that it will stay in place once the plastic wrap is removed. 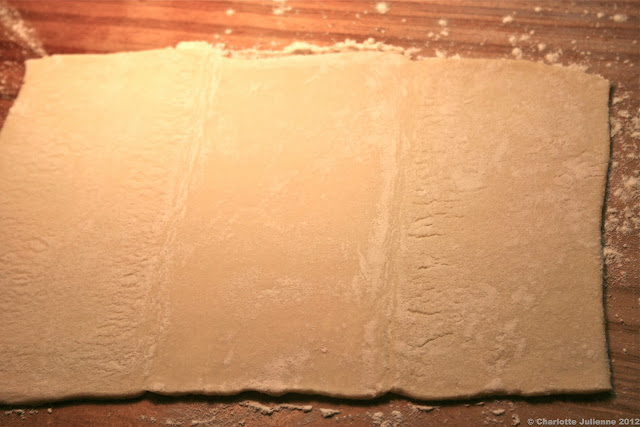 On a lightly floured surface gently roll out your puff pastry. 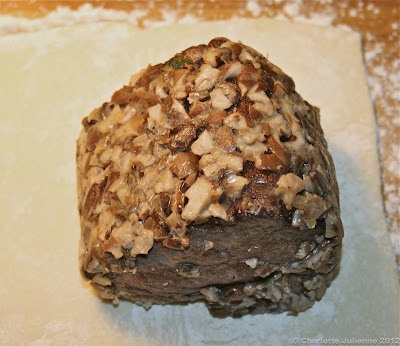 Place the chilled beef onto the pastry. 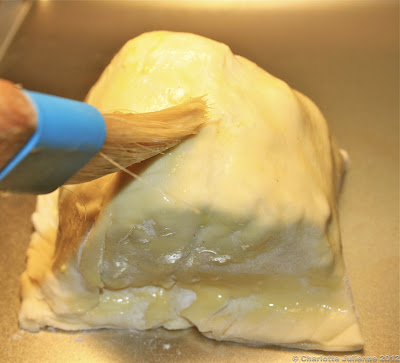 Brush a little egg wash around the beef then fold the pastry over. Use a fork or the back of a knife to crimp and seal the edges. Then apply aug wash over the pastry. 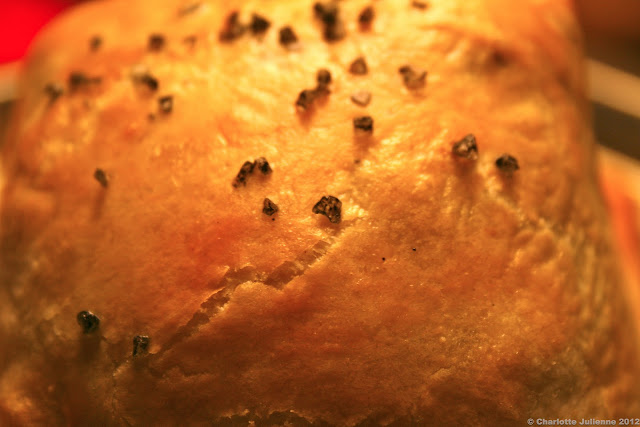 Sprinkle with salt (we used a black lava salt here) then bake in a 390f preheated oven for about 20 minutes. Turn the pan half way through the cooking to ensure an even golden brown. 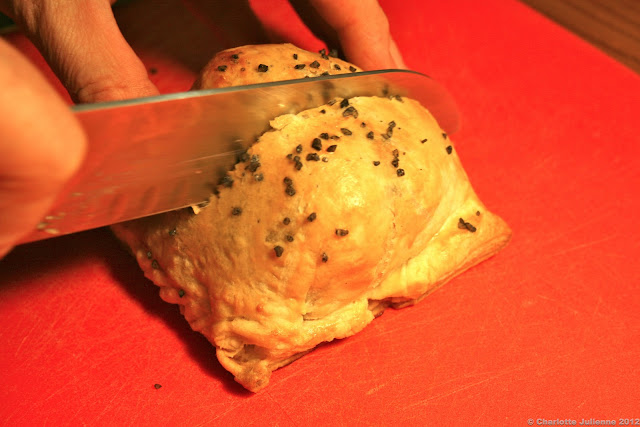 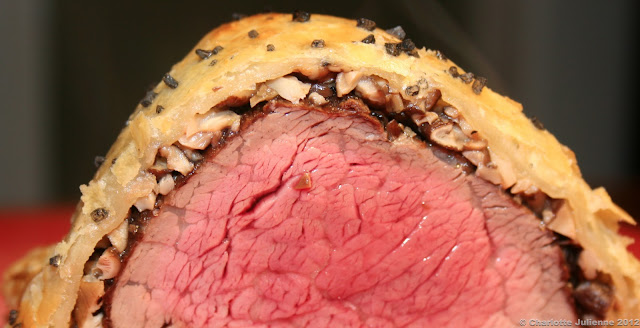 The beef should be a lovely medium rare with a coating of moist mushrooms and a deliciously crispy flakey pastry crust.  Serve with a few vegetables. 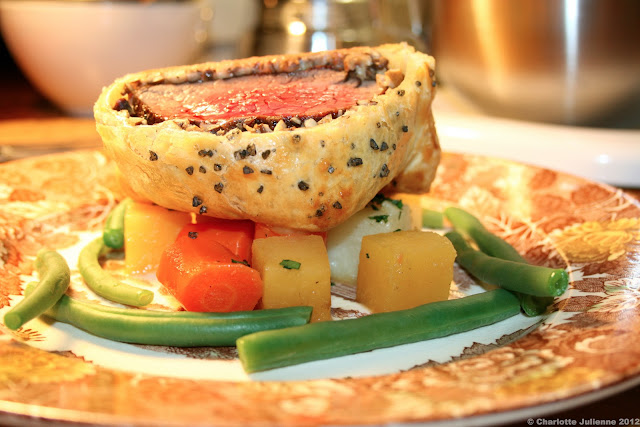 Pour over a little gravy or jus. 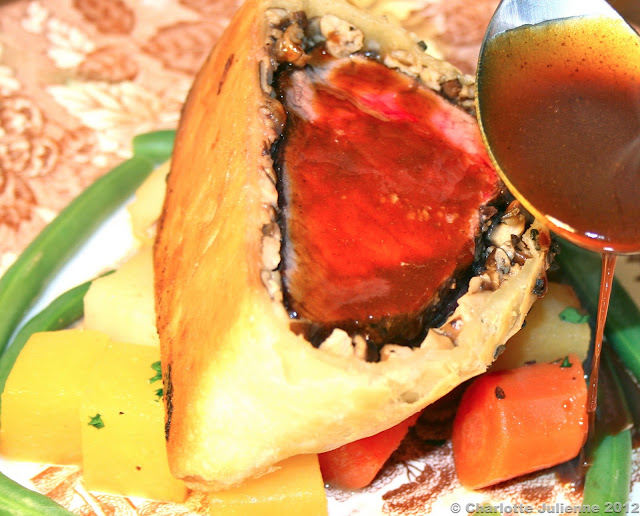 Enjoy all the wonderful flavors. 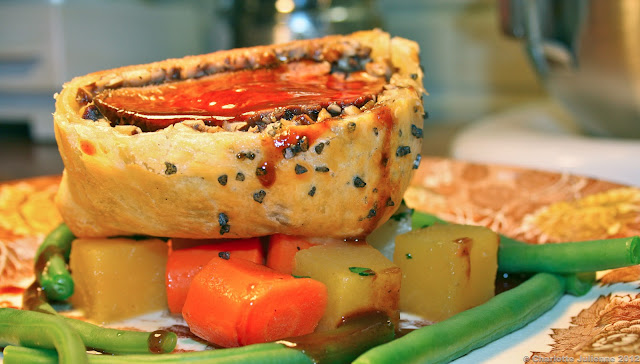