For the English it is very difficult to find a good British sausage in America…so at our house we make our own.  A quick trip to Ye Olde Butcher Shoppe in nearby West Springfield, Massachusetts provided us with pork and casings. 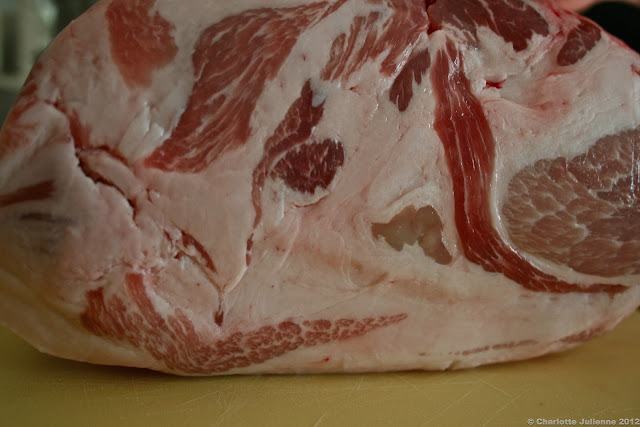 Pork shoulder or Butt as it is known here has about the right balance of fat to meat. 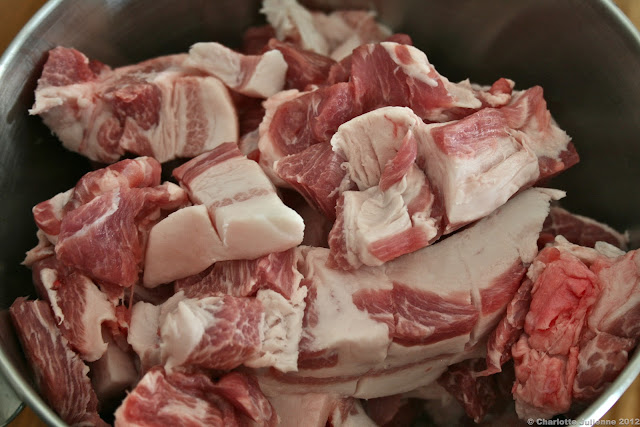 Remove from the bone then cut into small cubes. 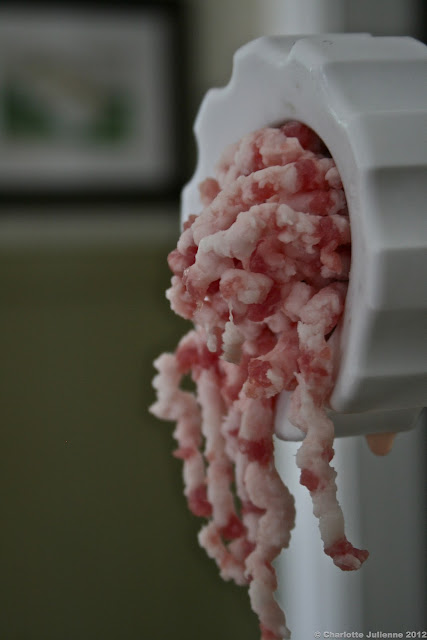 Using the grinding attachment for the mixer, put the chunks of pork in the top and begin grinding.  We pre-freeze a metal kitchen prep bowl so that the meat can fall into a chilled dish. 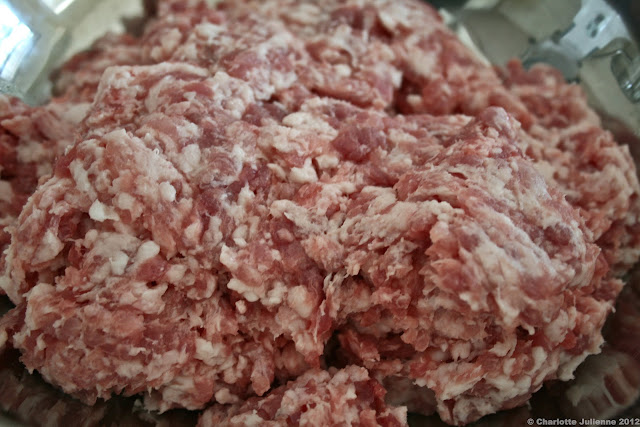 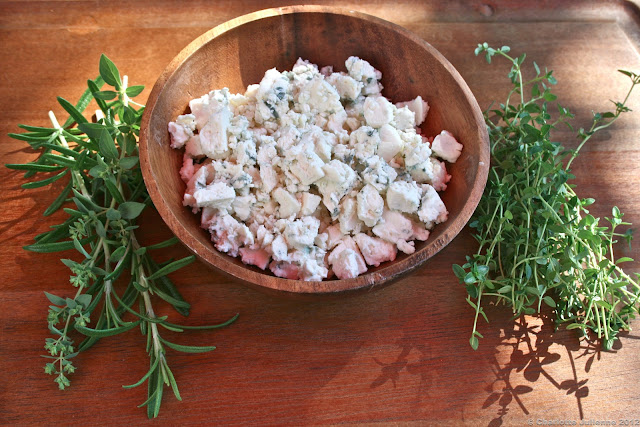 We wanted to flavor our sausage with blue cheese and herbs.  We began with a variety of herbs from the garden- you can use what you have but we opted for thyme, oregano and rosemary. 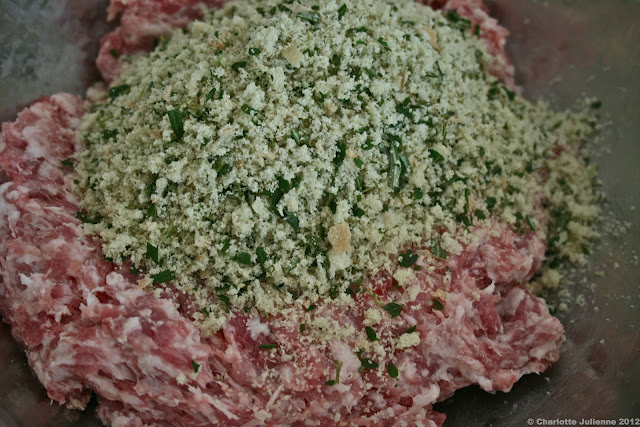 In a food processor we mixed the herbs with day old bread which we left out overnight.  Once we mixed that with the ground pork we then mixed in the blue cheese with our hands. 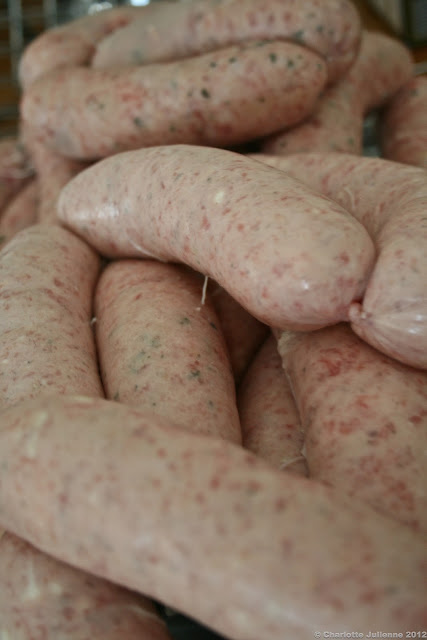 Using our KitchenAid mixer we loaded the sausage casings onto the sausage stuffer attachment (worth every penny!) and began stuffing. 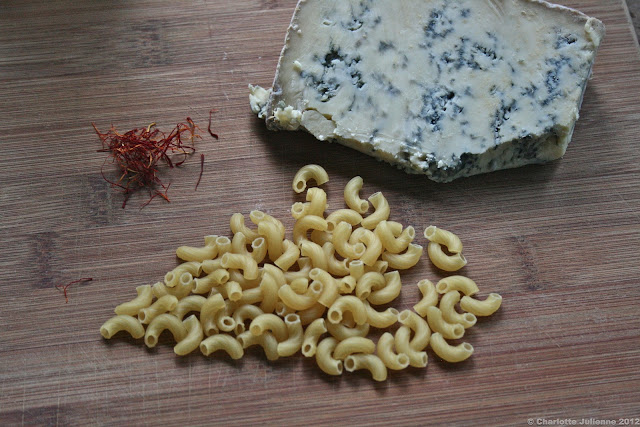 The sausages are great on their own, in sandwiches or as an accompaniment to pasta, which is what we decided to do.  We carried on the blue cheese flavor and also wanted to use some saffron. 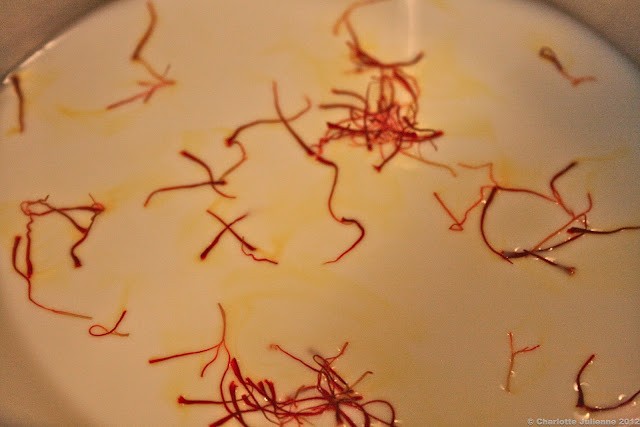 Add some saffron strands to some milk and heat gently 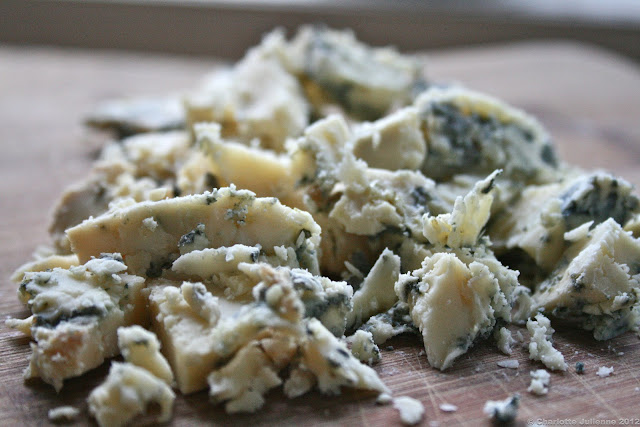 We then crumbled the blue cheese and added it to the saffron infused milk to create a cheese sauce.
Mix the sauce with the pre-cooked elbow macaroni and toss in some frozen peas.  Spoon into individual sized crocks and set aside.  In the meantime pre-heat your oven to 350. 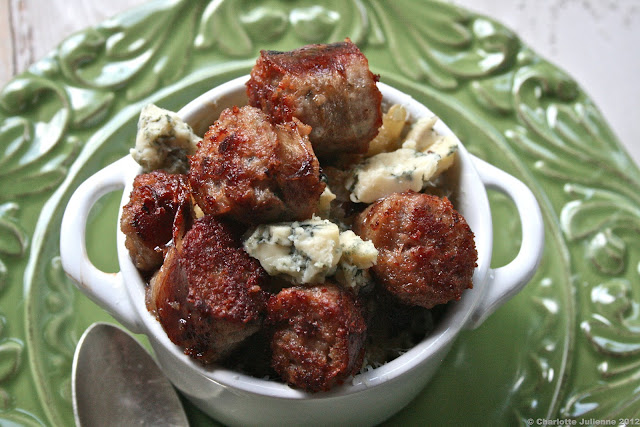 We sliced the sausages and then cooked them off so they would be crisp on each side.  We then baked the crocks (with a few extra chunks of blue cheese on top) in a 350 oven for about 15 minutes. When they came out we added the sausage to the top and crumbled a little more cheese on top. 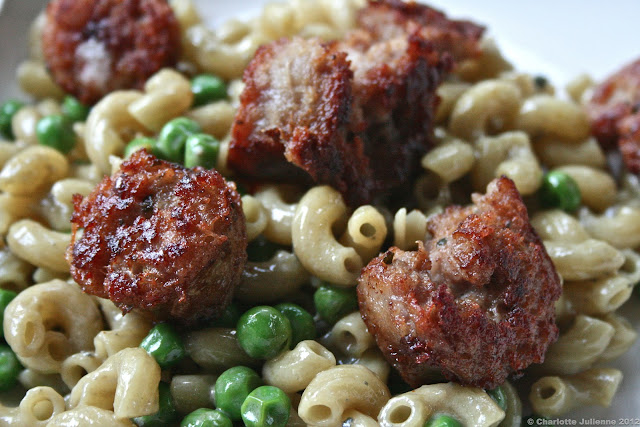