With so many great grains to pick from these days it is hard to make up our minds sometime about what we want to eat.  We had not had much exposure to farro until the last couple of years when we began to see it at various restaurants.  It is one of the world’s oldest grains and is quite similar to spelt. 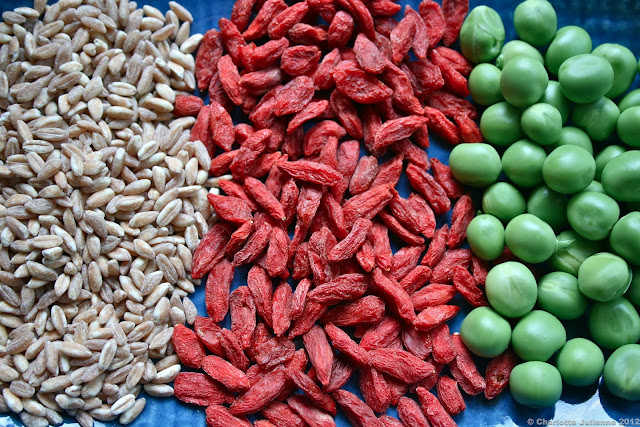 For this salad we paired ours with some organic dried goji berries, English peas and a shallot.
We began by boiling 2 cups of water to which we added 1 cup of farro.  This simmered for about 35-40 minutes with a lid on until the liquid was absorbed.
At the same time we diced and sweated a shallot and then added it to the cooking farro.
When the farro was just about finished we tossed in the dried goji berries so they would soften.  They can be eaten dried but they were a little chewy for what we were looking for.
The English peas just needed about two minutes in boiling water before they were removed and added to the farro.
When the cooking finished this salad was in need of some seasoning so we added salt, pepper, a good splash of champagne vinegar and a spoonful of honey. 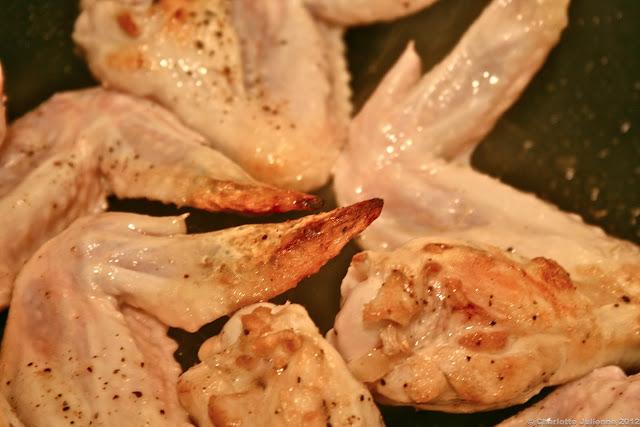 While the farro was cooking we heated the oven to 350.  We browned some chicken wings in a very hot pan and then put them in the oven for about 30 minutes.  We don’t cook with chicken wings very often but for some reason they were calling to us at the market.  One plus of chicken wings is that they are super cheap to purchase.  We got a pound- five huge wings- for $4. 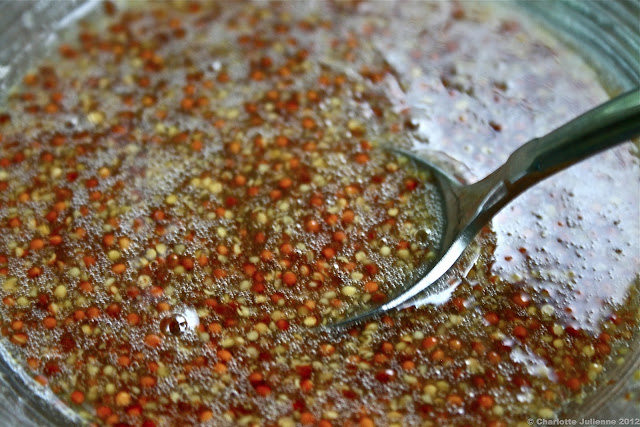 While the chicken was cooking we made a quick glaze of honey, whole grain mustard and champagne vinegar. 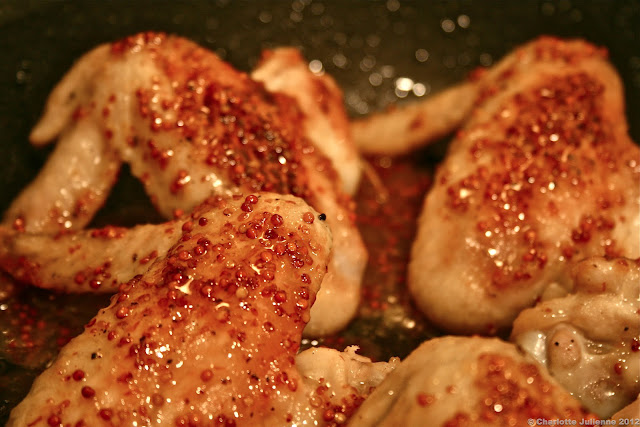 The chicken was brushed with this mixture for its last five minutes of cooking. 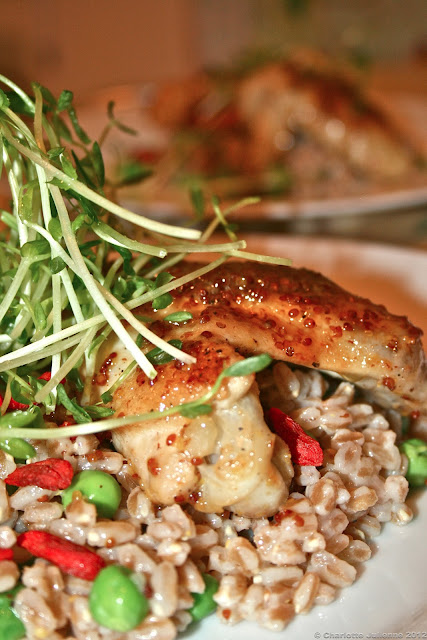 The end result was absolutely delicious.  The flavor of the glaze on the chicken seeped into the farro and was quickly absorbed.  The softened goji berries added a lovely nutty flavor and the peas added the freshness that was needed to brighten the dish.
Even better was that the next day the left over salad took on a flavor of really good fried rice.
This was simple, affordable and delicious.