Every summer our local library in Lenox has this incredible used book sale.  People line up hours early to get a number and then pay a small fee to be let in early.  The first year we attended we didn’t realize how cut throat it was.  Think Brimfield Flea Market for book lovers.  The second year we attended we realized there is a lot of overlap from year to year in terms of what books are there.  We had to dig a little further which we love…only not when it is hot and you have two little kids begging to look at the “fun” books.  In any event, we managed to find a few treasures including this fun book titled The President’s Cookbook by Poppy Cannon.  It was published in 1968 and includes recipes dating all the way back to George Washington.

Deep into the book, chapter 26 to be exact, Cannon begins her chapter on Theodore Roosevelt.  According to Cannon, the Roosevelt Family were “simple” eaters.  Despite being affluent enough to eat what they wanted, they preferred simple, common foods such as hard boiled eggs, fresh rolls, fried chicken or steak.  The first recipe shared from the Roosevelt section is for Fat Rascals. Cannon talks about Edith Roosevelt’s cookbook which now is housed at Sagamore Hill in Oyster Bay, New York.  The recipe for Fat Rascals (hot biscuits) that we are using is inspired from Cannon’s book as well as Betty’s Tea Room in Harrogate, Yorkshire, where my husband recalls eating his share of this delicious treat that I had never heard of. 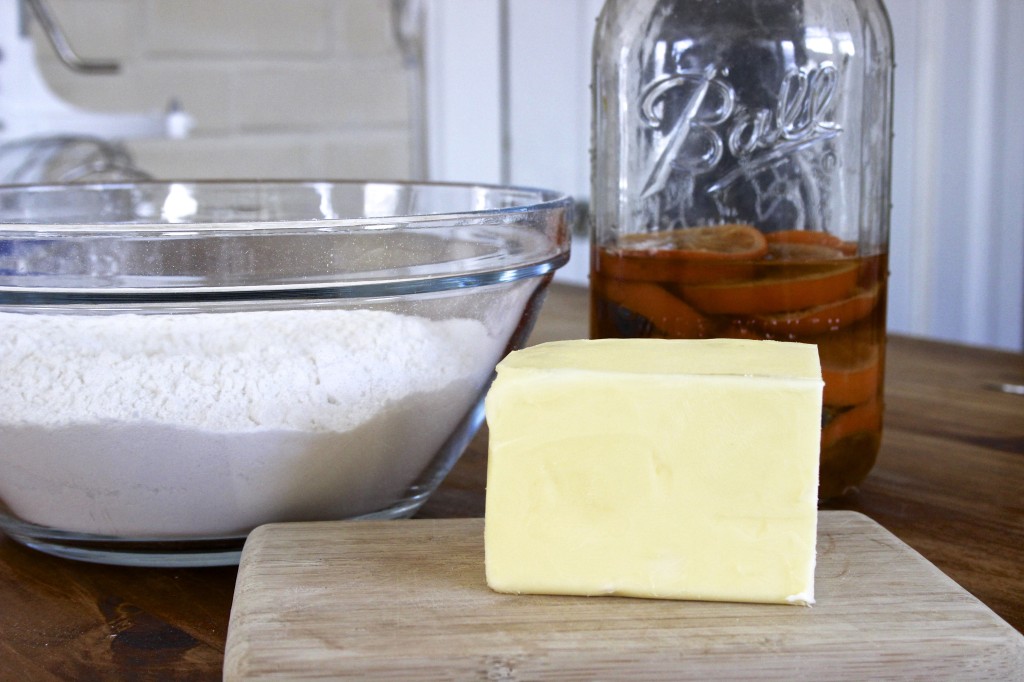 A handful of dried cranberries

A cup of citrus peels 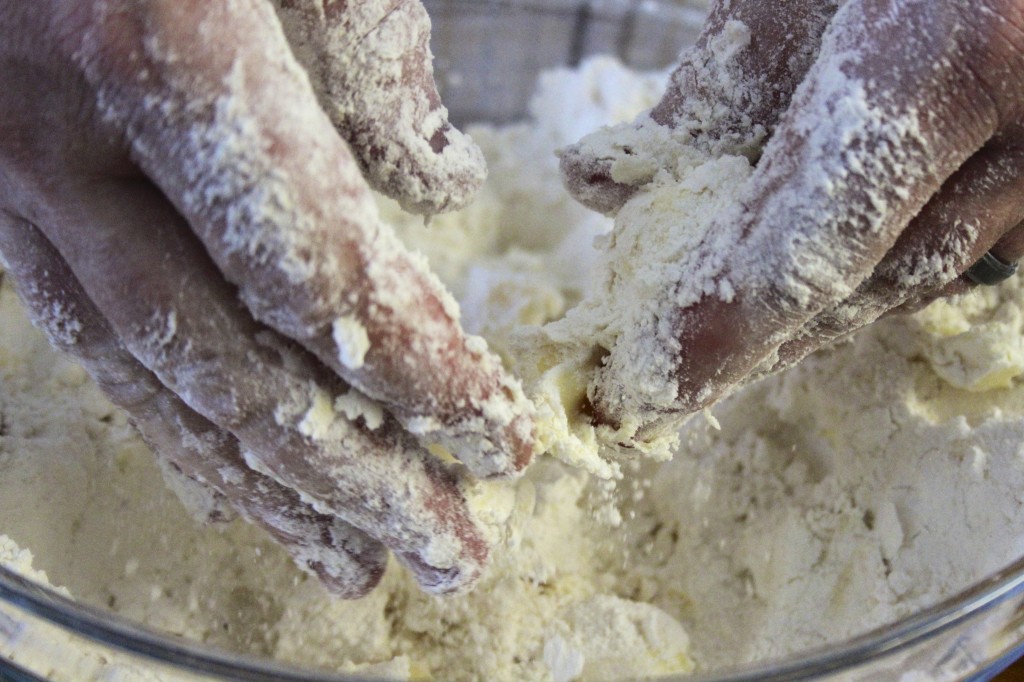 We began by sifting the flour, salt, sugar and baking powder.  This was mixed and then the butter was cut in with a pastry cutter. 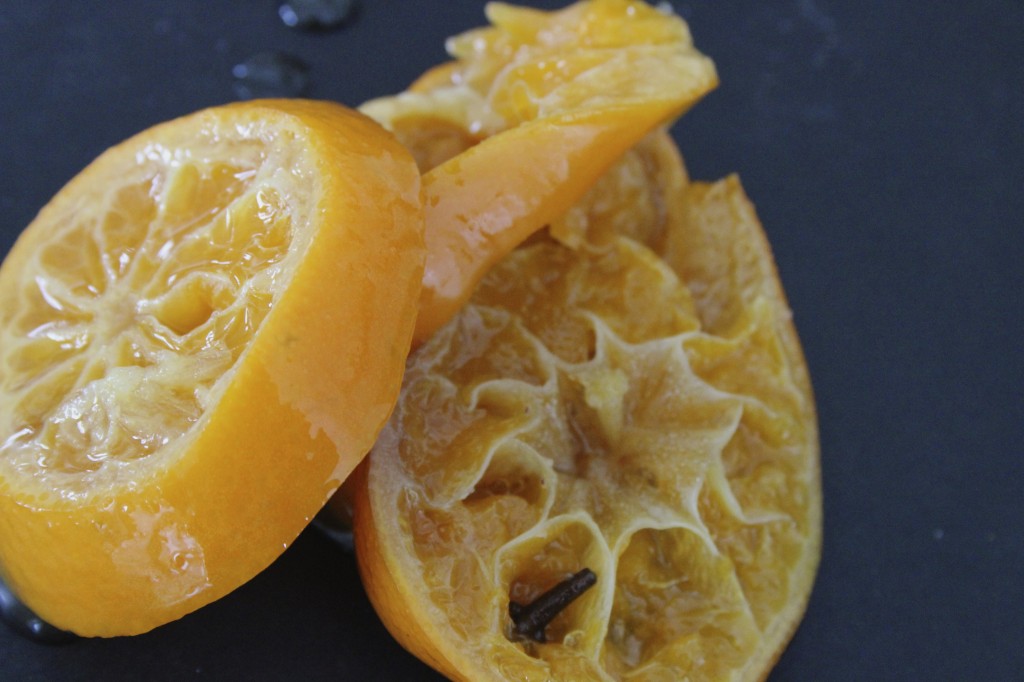 You might recall a few weeks ago we made some honey preserved clementines. We had been waiting to use them and decided they would be the perfect citrus addition for this recipe. 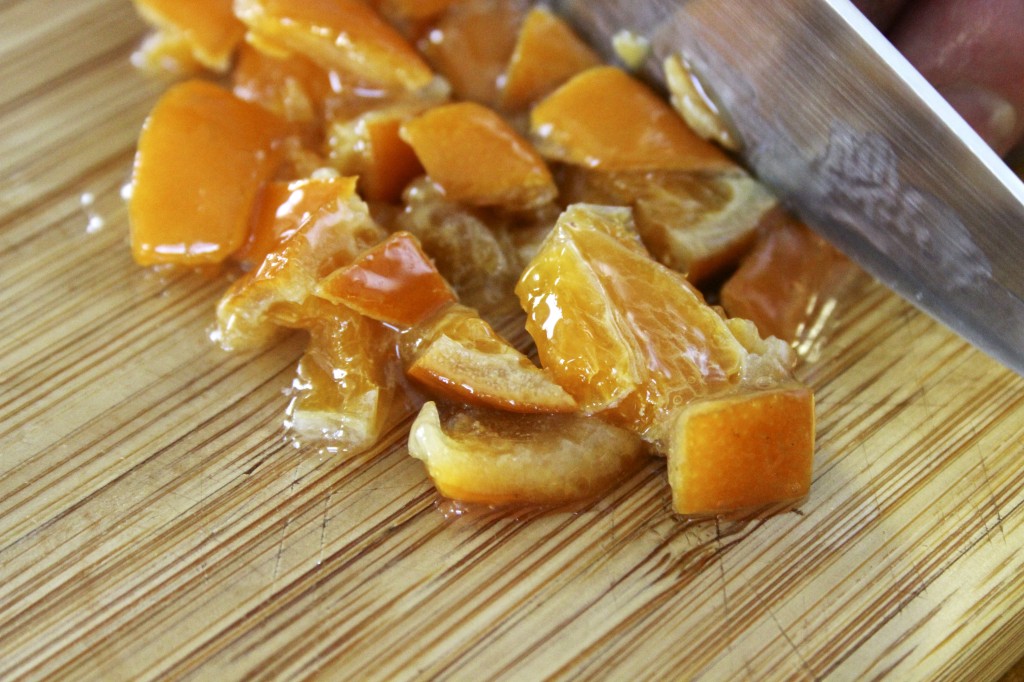 They were chopped and added to the mix with some of their liquid. 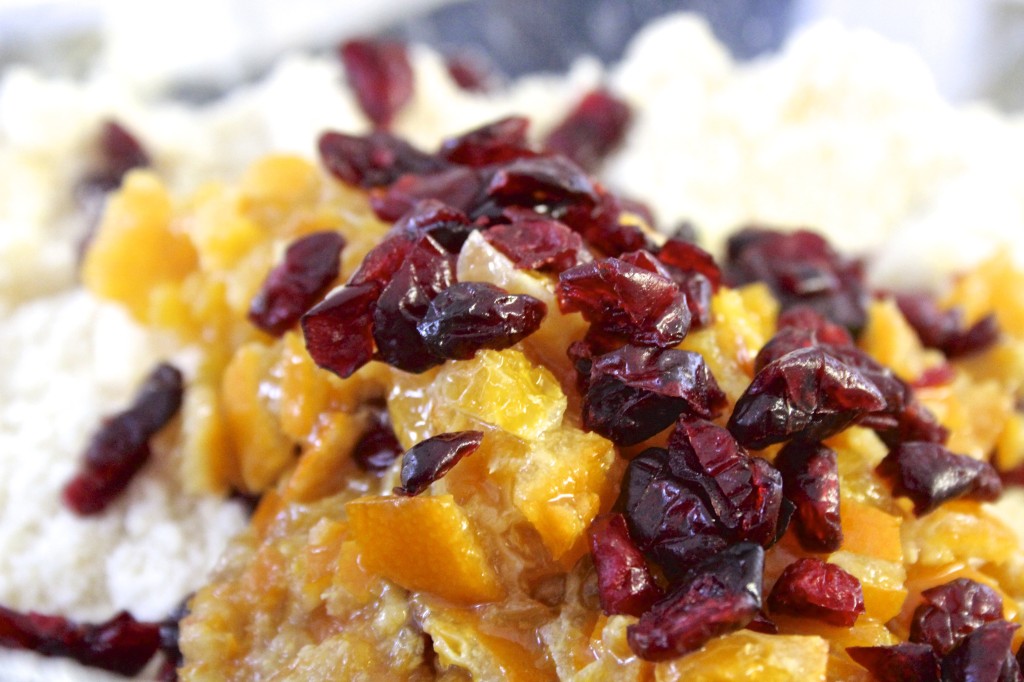 Our kids love dried cranberries so we also added a good handful to this recipe. 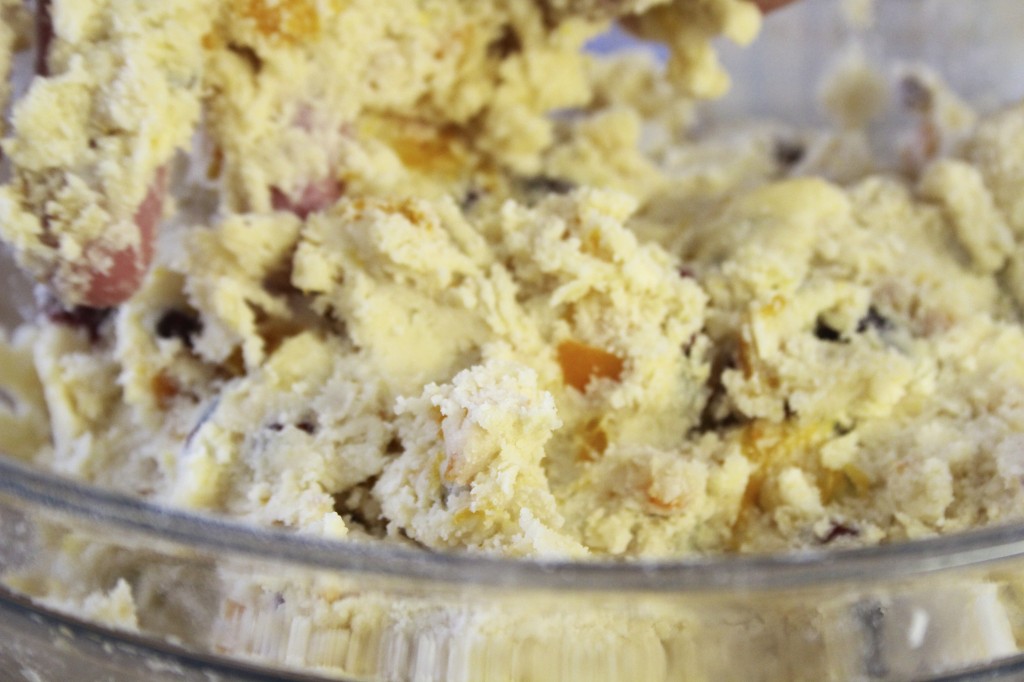 Everything was combined and formed into palm sized mounds. 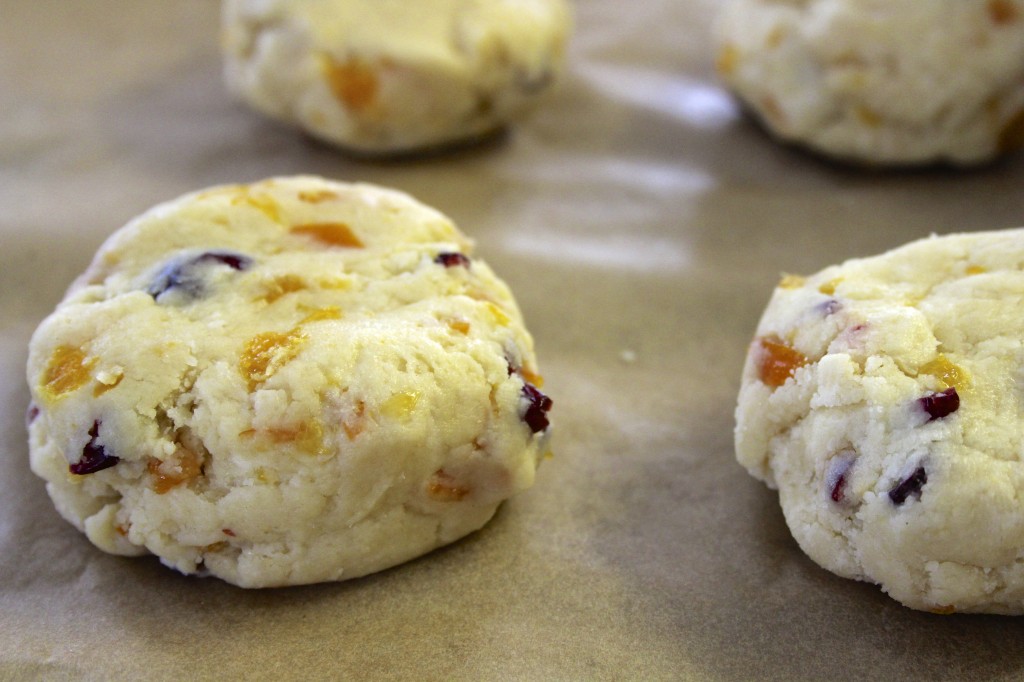 They were cooked at 450 for 12 minutes and then dusted with brown sugar upon removal from the oven. 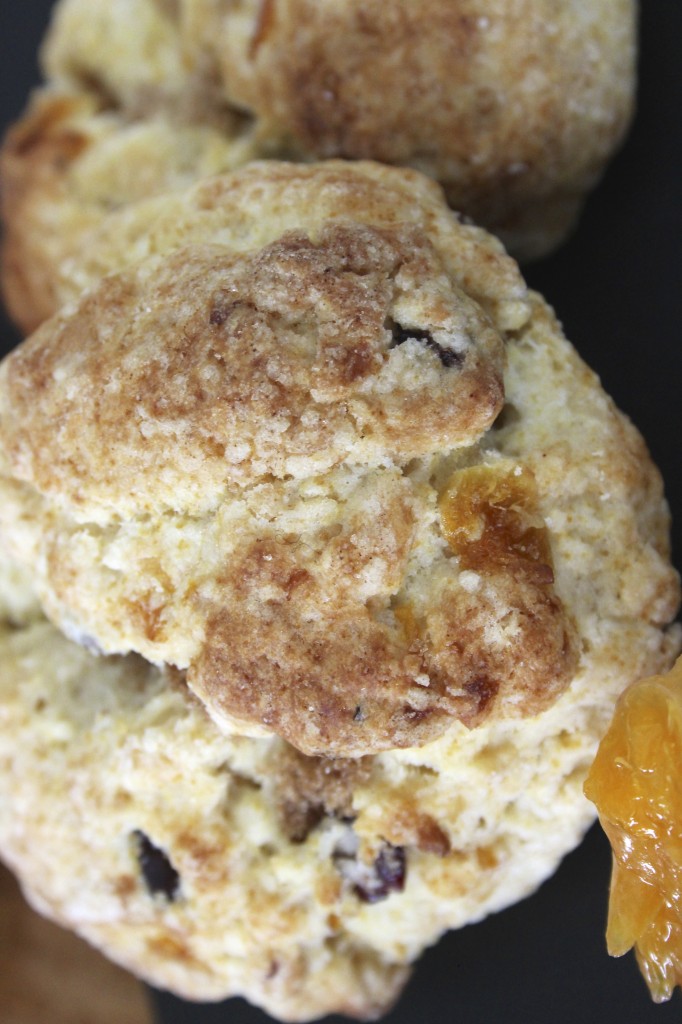 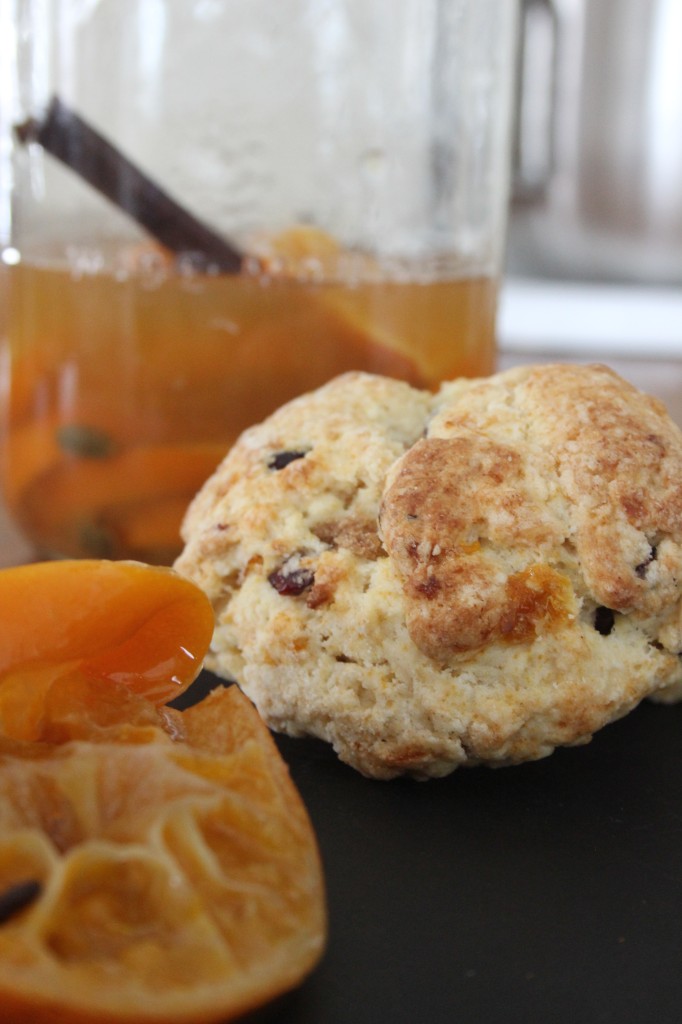 These were amazing.  The flavor from the honey preserved clementines was strong and citrusy.  Our kids have been asking for them all week.  Cultural note…Americans (not from the South) will call these biscuits.  Brits will call them a cross between a scone and a bun.  It is suggested that you eat them hot out of the oven with butter.  Ours had enough citrus liquid in them that they were eaten up without butter.  Whatever you call them they sure won’t last long!