We had some pork belly left over from last night’s dinner and wanted to use it up before our weekly back and forth living arrangement began (which, by the way, was not so bad BEFORE we had kids and could either live apart for a few days or jump in the car with a backpack or weekend bag…but living in two places with kids is a whole lot of work!!). You might have guessed from the name being pork belly, it is a little fatty and so we wanted a way to enjoy it but not feel so heavy (or guilty) after eating it (two nights in a row).  These potato gnocchi coupled with the zesty summer vegetables really lightened up the entire dinner making the pork belly take the back seat to the airy gnocchi and fresh veggies.

The trick to making the gnocchi light and airy is not to over knead.  By kneading less you will create less gluten and your gnocchi will be melting in your mouth.

We started by cooking our potatoes until they were fork tender.  We then strained them and let them stand for a good five minutes (this allowed the residual steam to evaporate and so dry them out).  We took  the potatoes and passed them through a very fine sieve.  We added the flour and made a small well for our egg yolk.  The mixture was kneaded by hand until smooth (but again, not too much so you do not create too much gluten).  The gnocchi were rolled out into long sausage shapes on a lightly dusted chopping board and cut into equal size pieces (about the width of two fingers) before we let the kids shape them with forks.  While there are special boards which can be used for placing the grooves in the gnocchi, we are in the beginning stages of kitchen renovation and have cleared out our kitchen of everything but the essentials hence the fork, which worked just as well.   It was fun for them and encouraged them to eat them as well, as it often does when they help in the kitchen.  They were cooked and then set aside.

We crisped up the left over pork belly and then set aside on paper towels removing as much of the fat as possible.

Our summer vegetables consisted of cucumber and tomatoes.  We are lucky enough that our little raised beds have tons of tomatoes all of the sudden so we sent the kids out to harvest a few for us.  They were roughly cut and left to marinate in a bowl. To make a sauce with these sweet fresh tomatoes simply sweat some onion in olive oil then add the tomato, a few pieces of cucumber, salt and pepper then cook for 5 to 10 minutes. Once the prep work was done, we cooked this outside on a portable burner (still have not gotten that new grill yet…) in one pan.  Starting with the gnocchi, adding in the vegetables and then topping with the pork belly, parsley and basil.

It was all very light and summery and perfect for the extremely humid weather we were having.  Best of all we once again managed to use up all of our left overs and create a really good dinner. 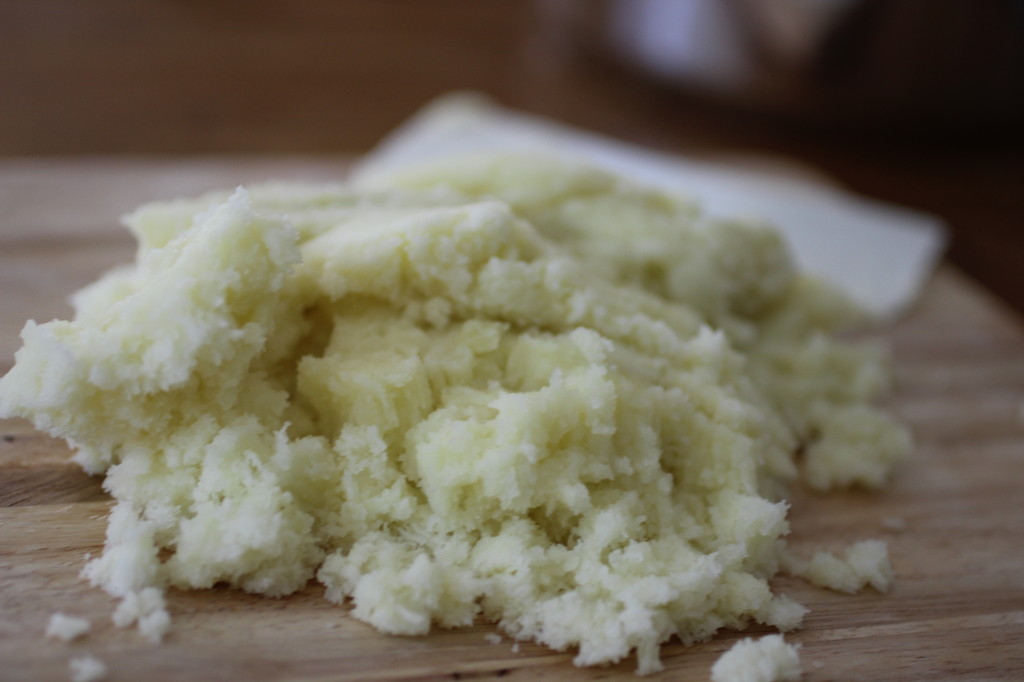 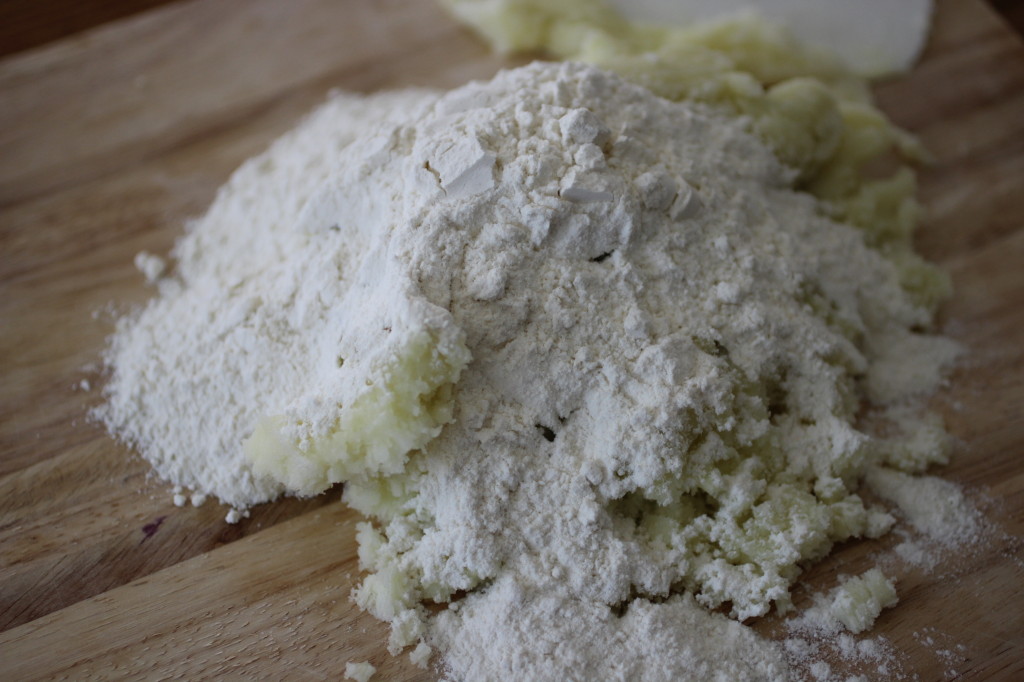 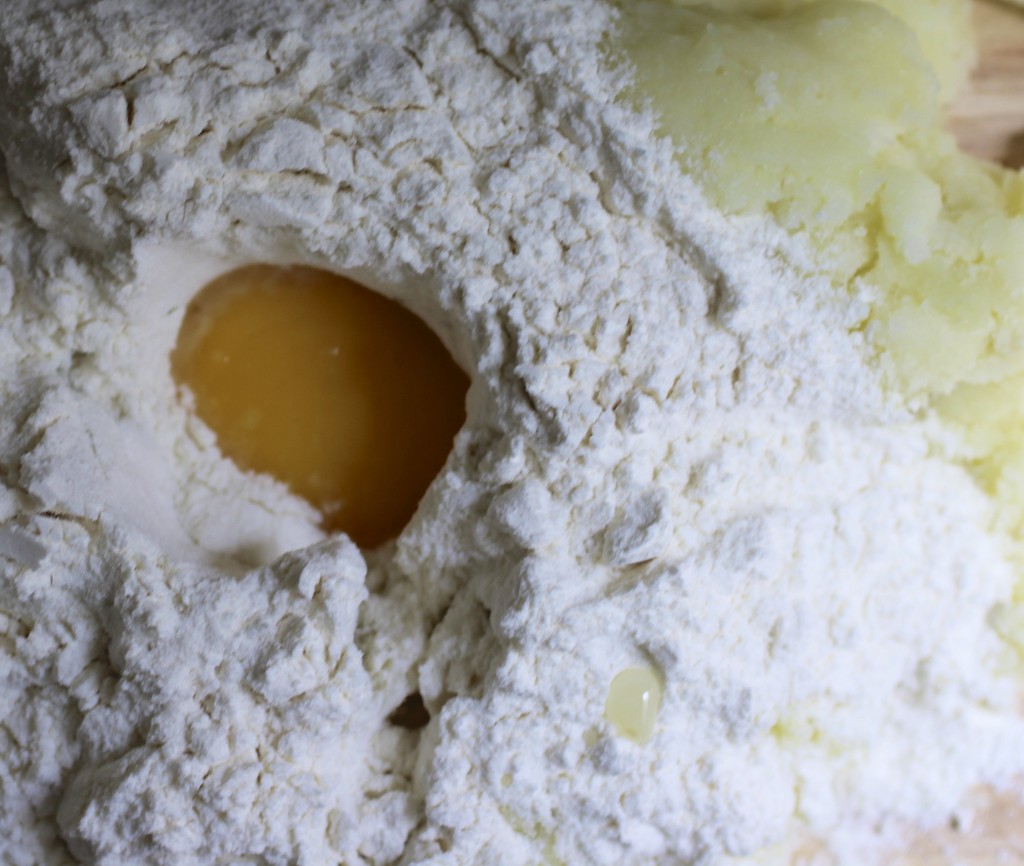 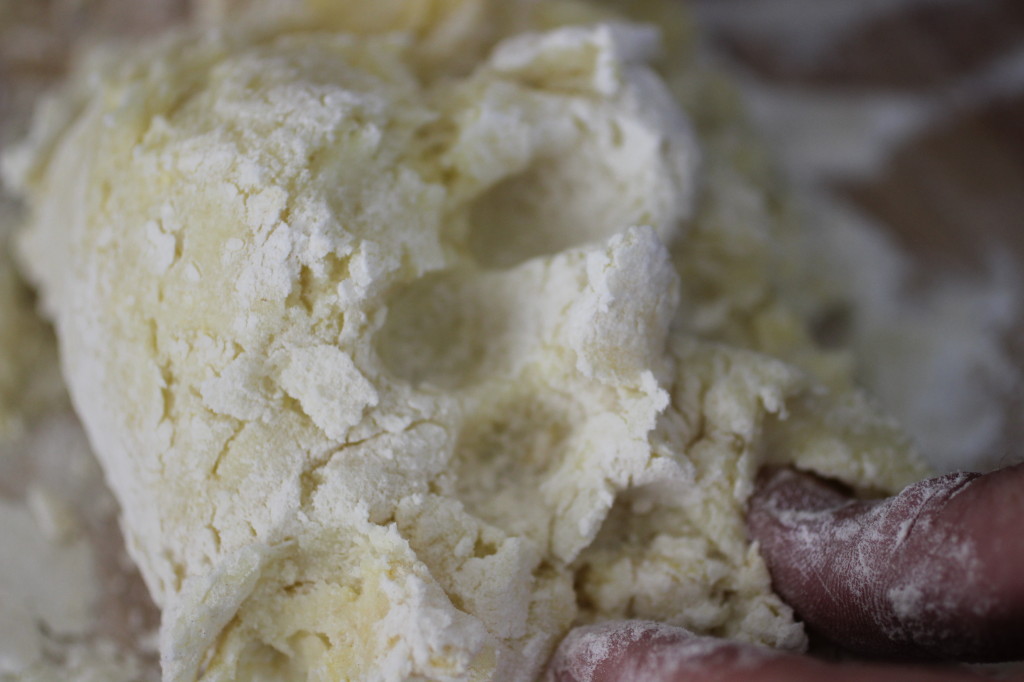 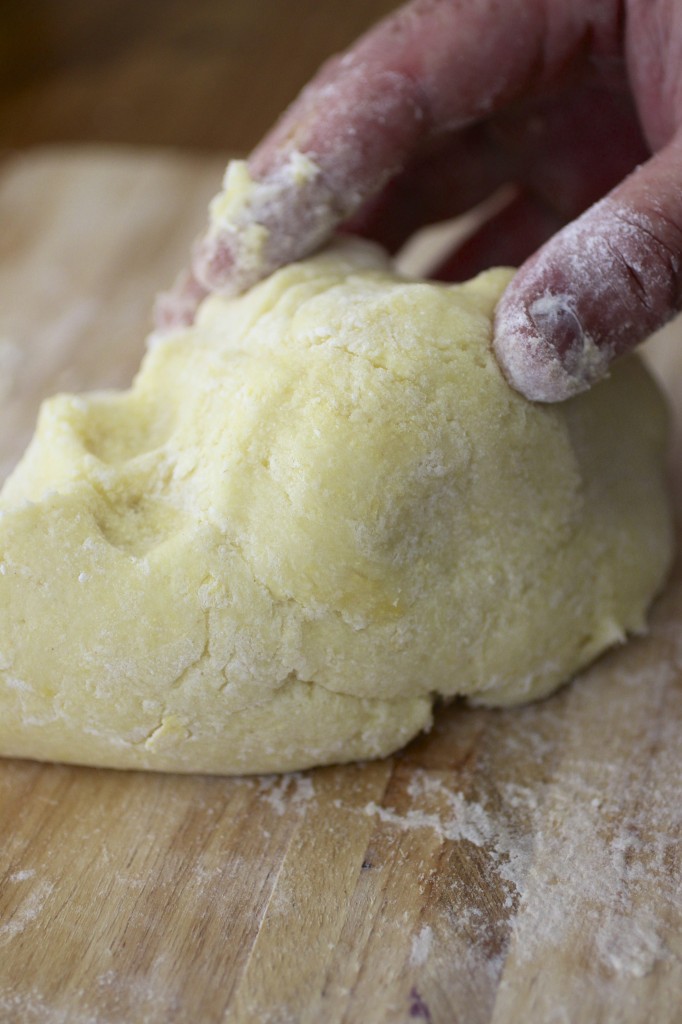 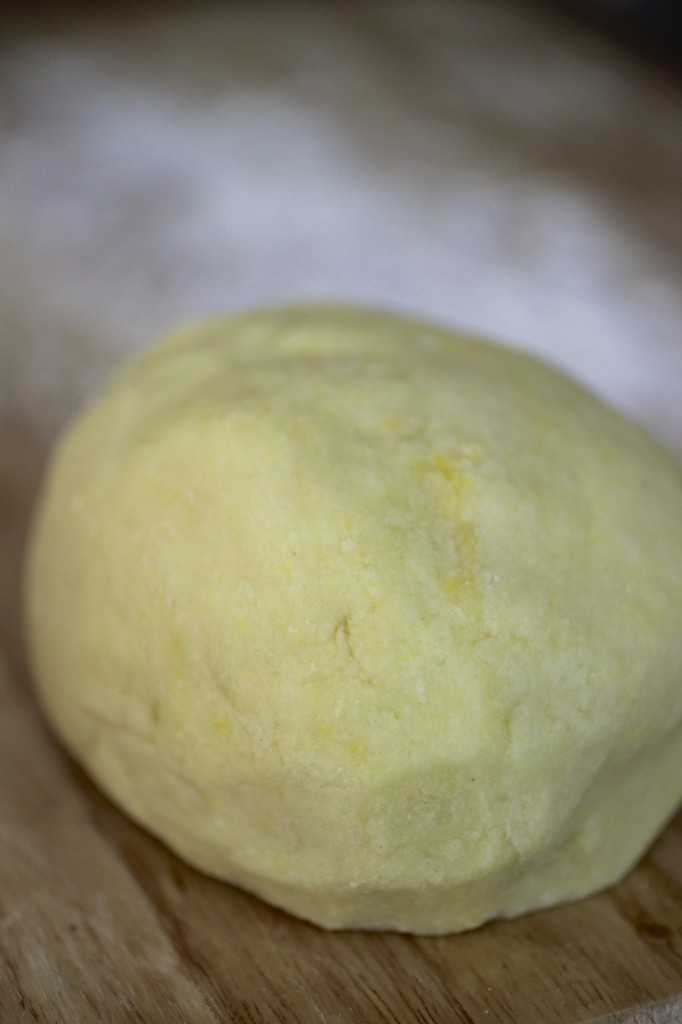 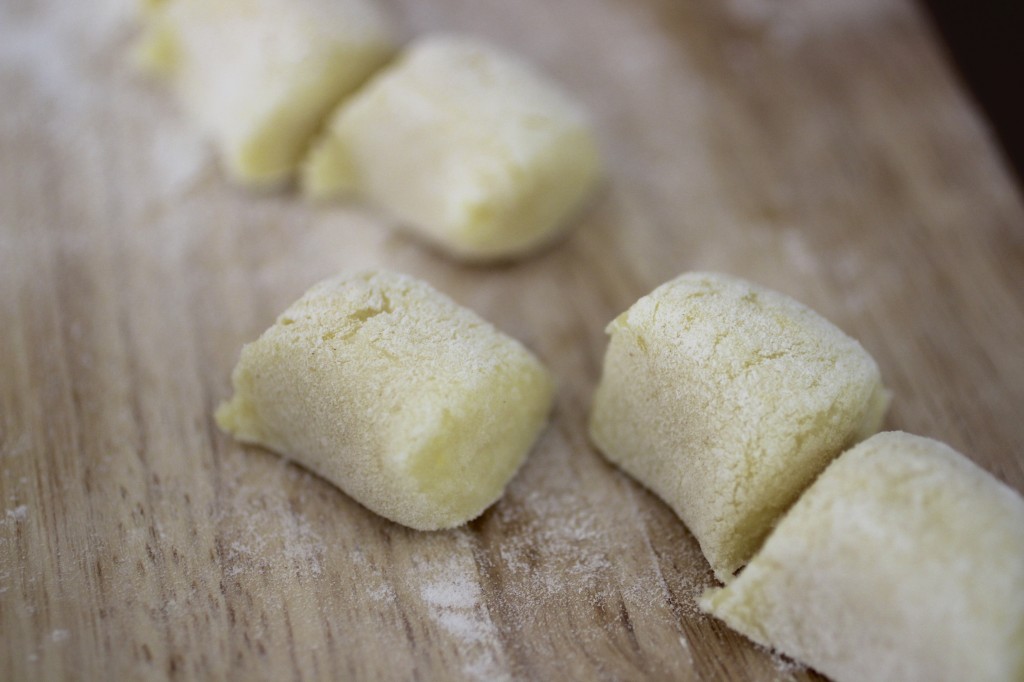 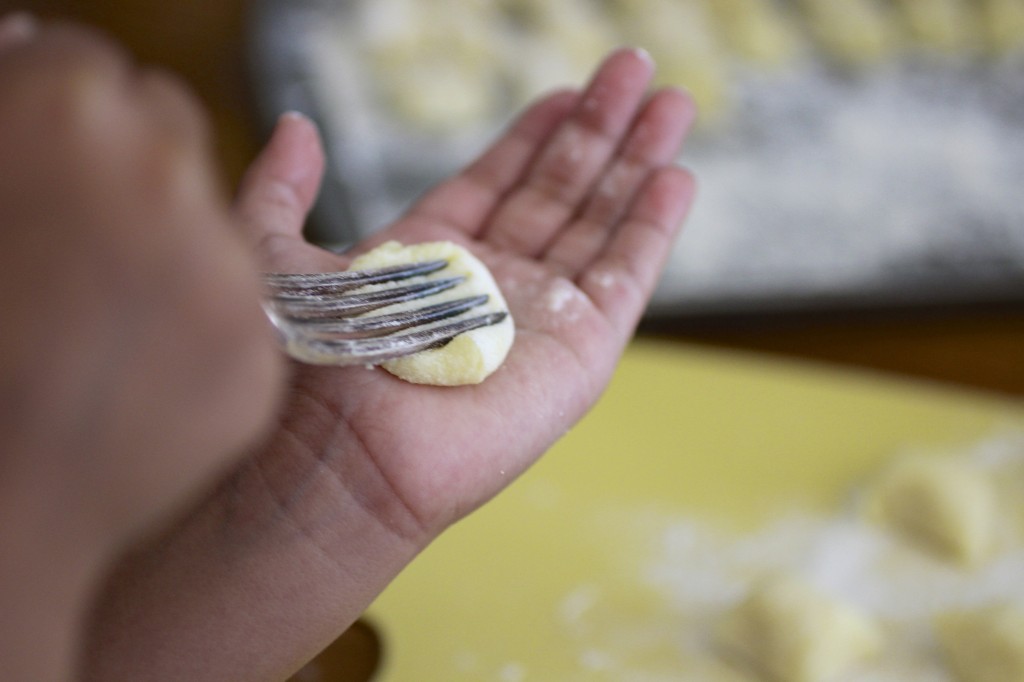 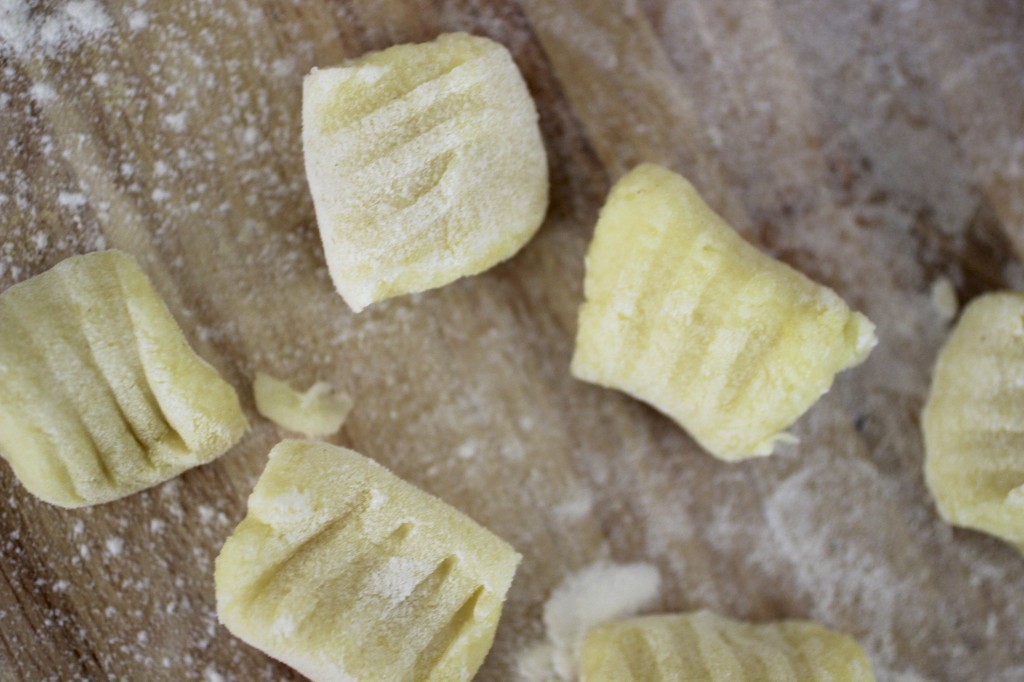 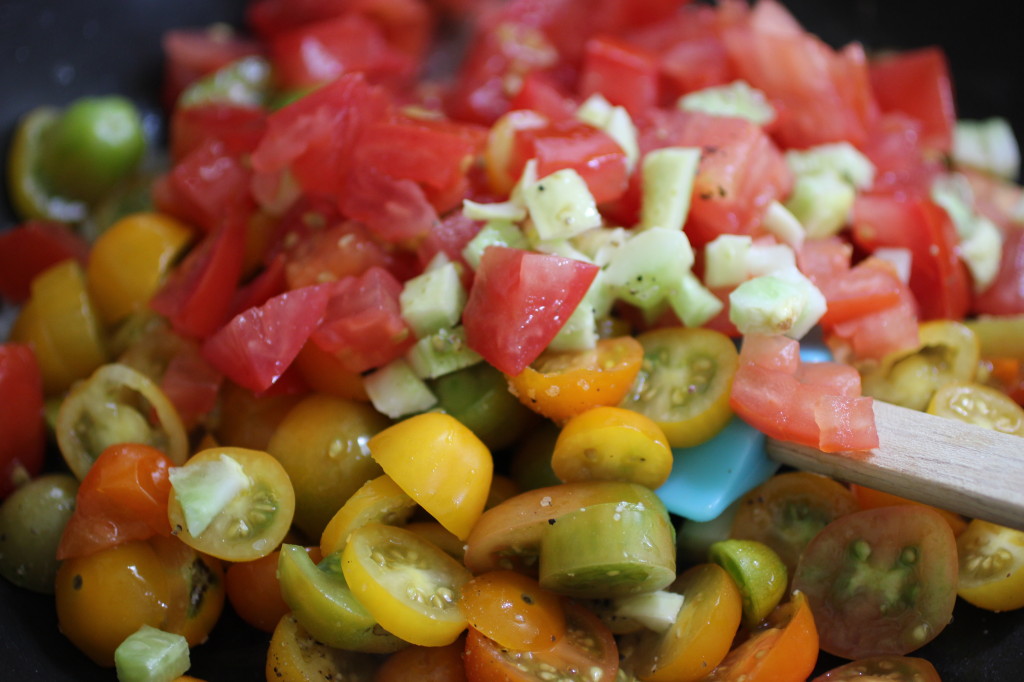 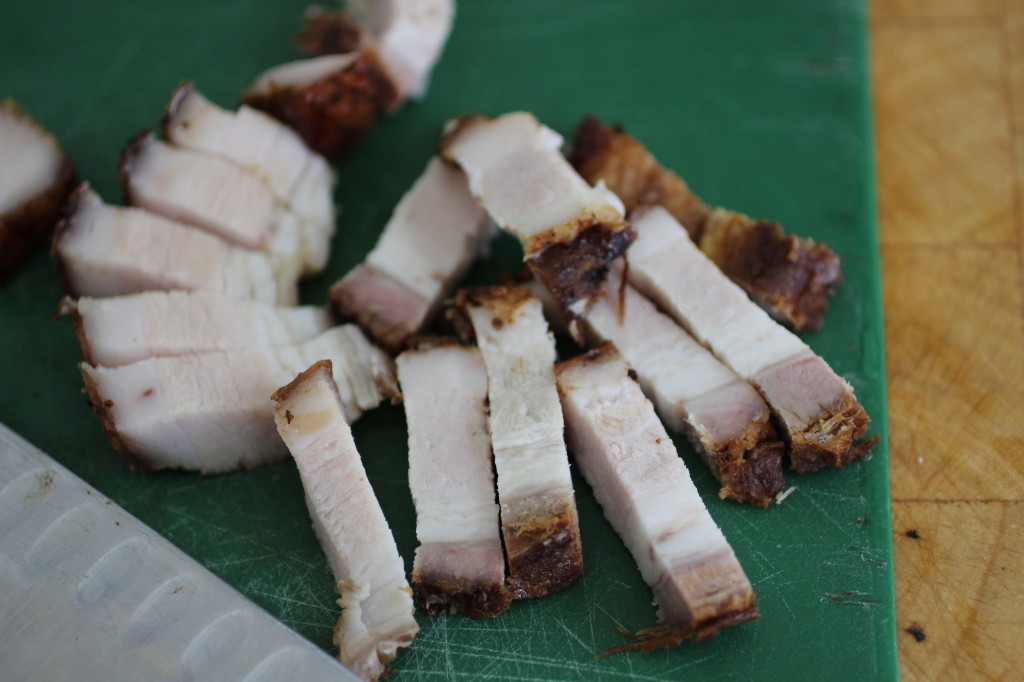 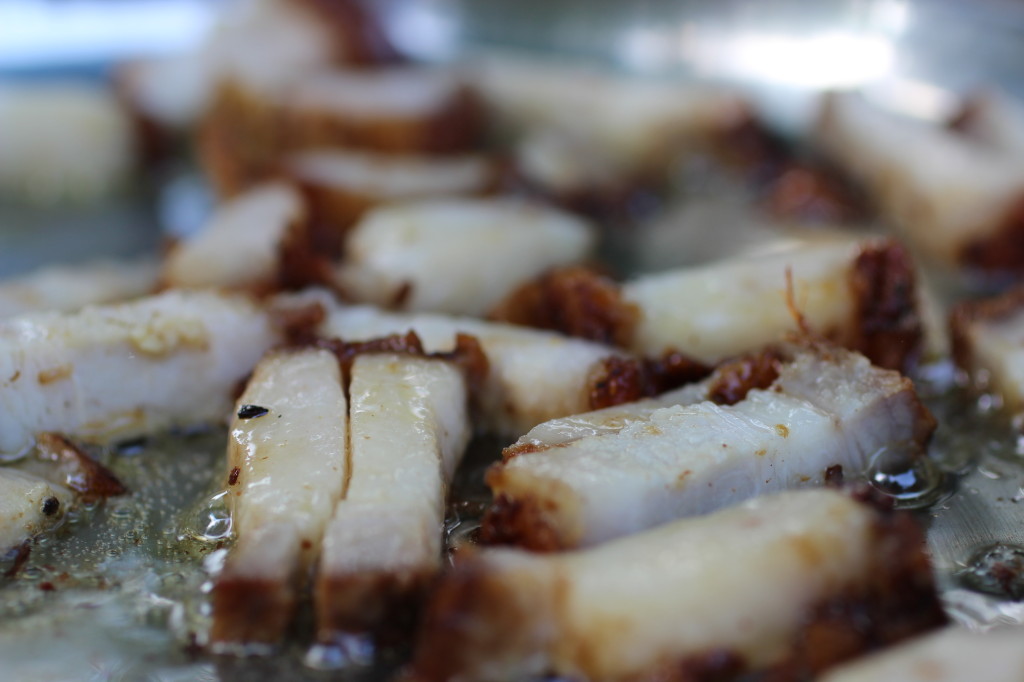 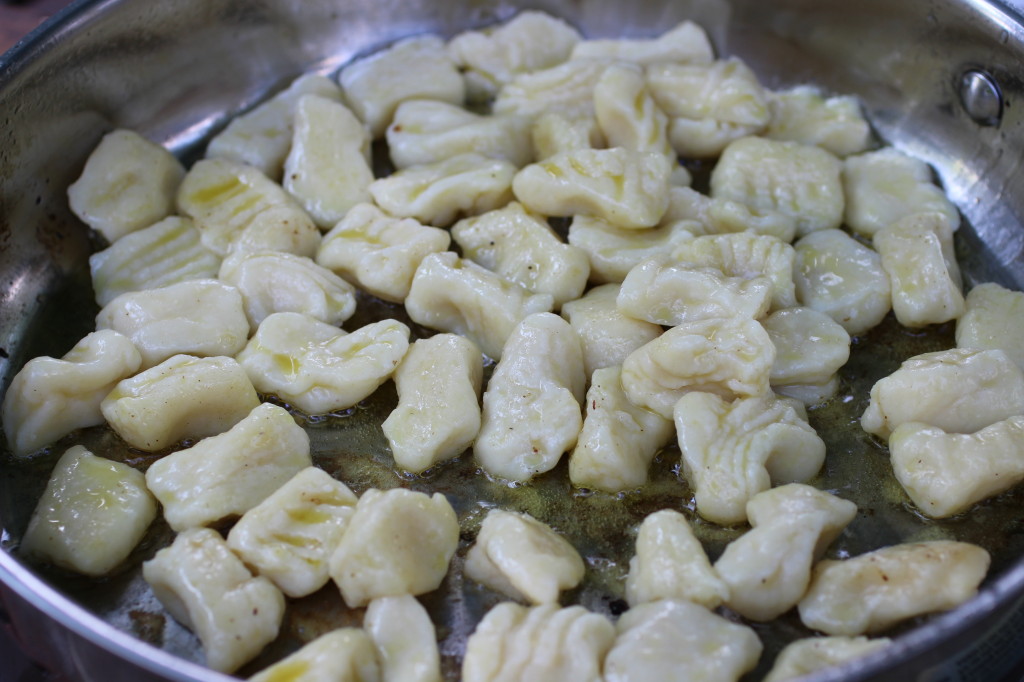 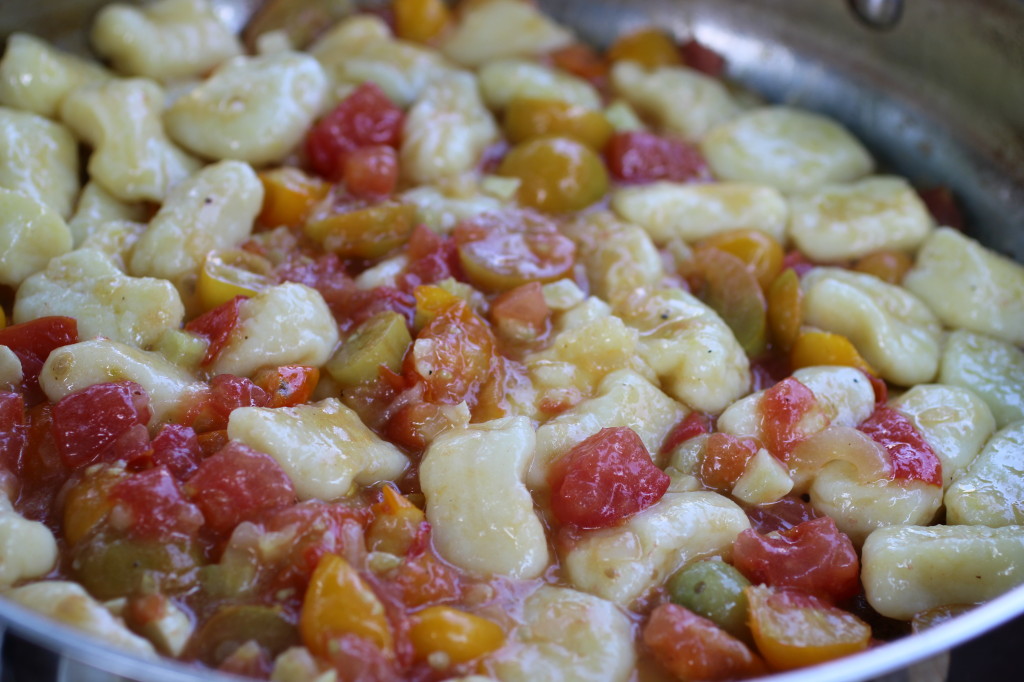 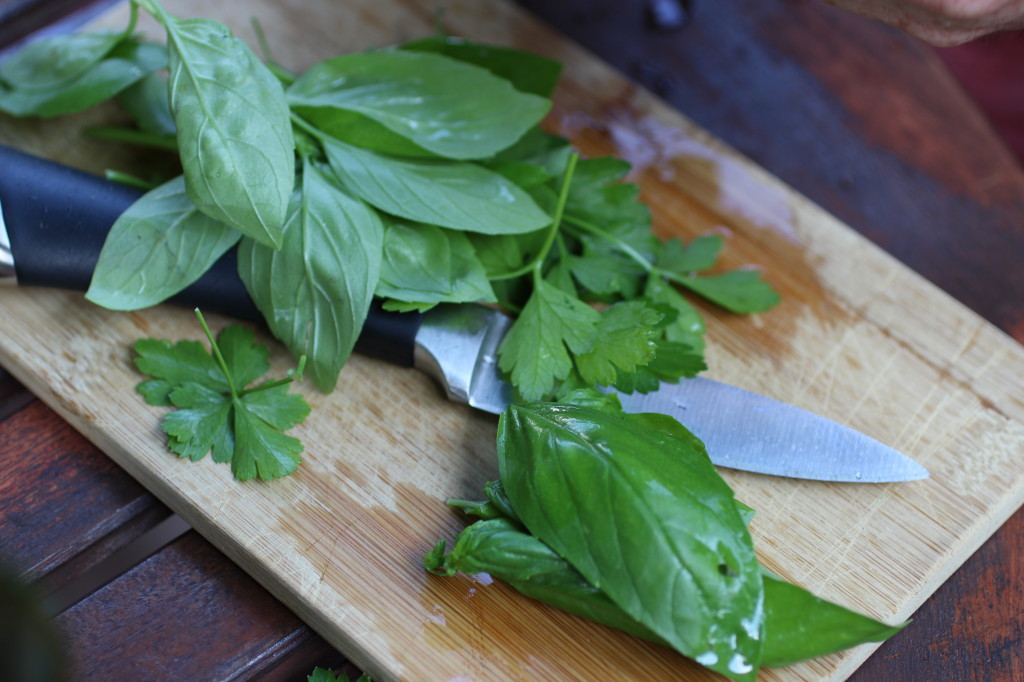 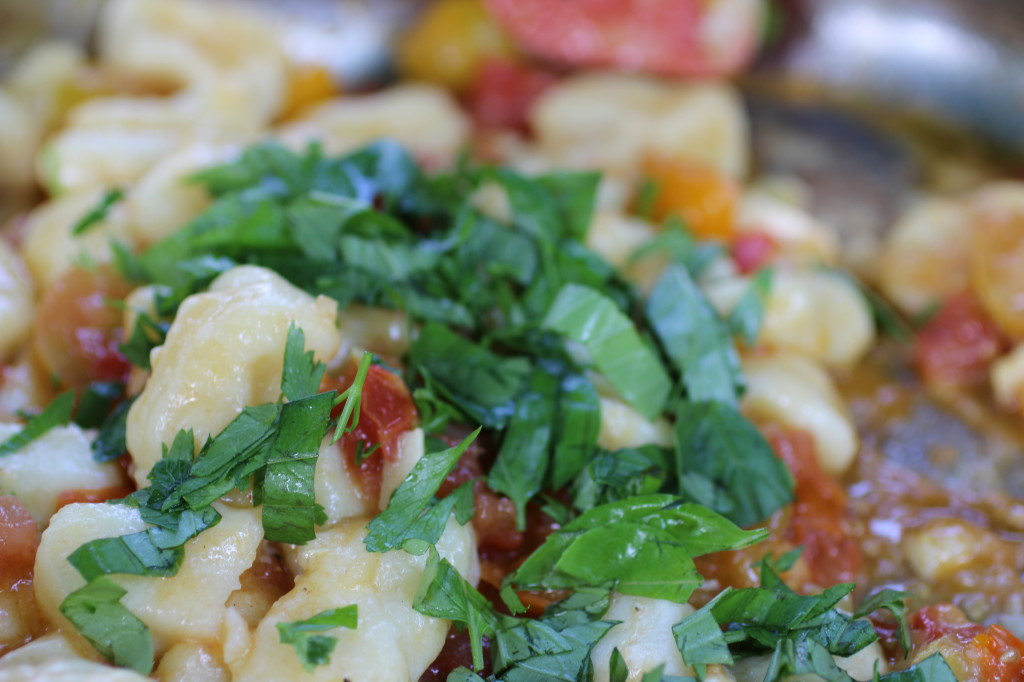