There is a lot of hype about this Hadley asparagus (which we had never really tried before) so when we were at the Farmers’ Market the other day we picked some up along with some red kale and decided to try them together on a pizza.  What was the big deal about this particular asparagus we wondered?  How is it that we have lived here (one of us for well over thirty years) and have never been to the Asparagus Festival? We had, after all, been to the Zucchini Festival.  So, after a little research, we found this great article in Saveur Magazine from 2007.  The asparagus we brought home was good.  So good that we loved it on this pizza… and the next day raw in a salad…and the next day drizzled with a little olive oil and sea salt…and tomorrow we are sure we will love it in the cold asparagus soup we are making from the stalks.  Yes, it was that good and if they have any more this coming Tuesday we will be sure to stock up. 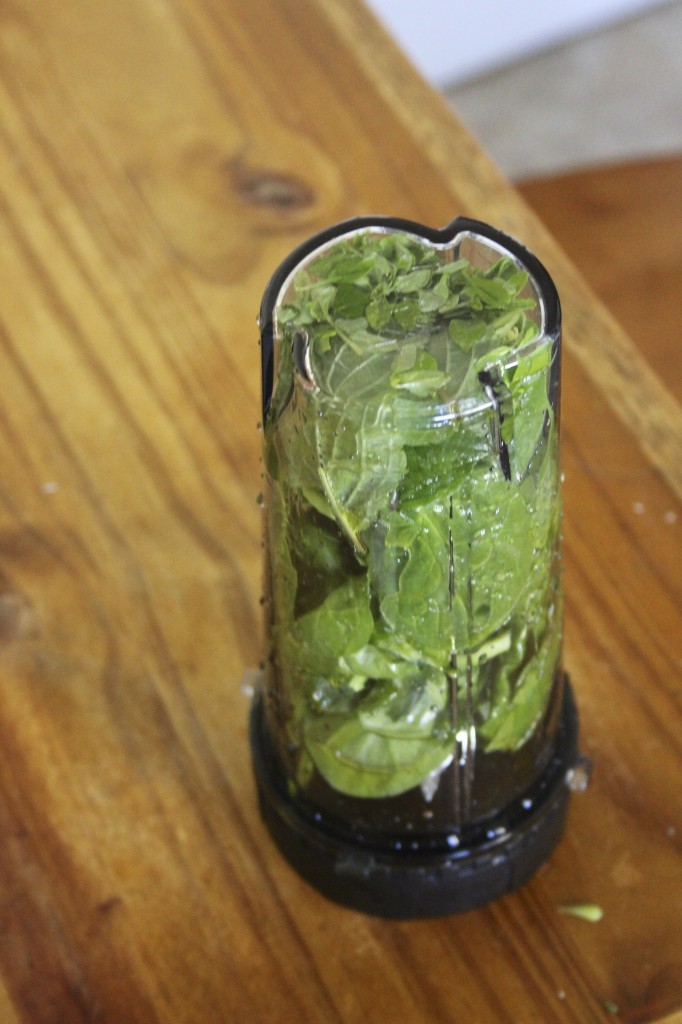 We started by making a green sauce out of some of our herbs from our raised beds, which, I might add, are starting to really take off.  Using our new favorite blender (finally one that works even if it isn’t as pretty as the non-functional gorgeous variety we had before), it was a piece of cake.  This was drizzled on our sourdough crust which we made from our sourdough bread starter and popped into the oven for about ten minutes until the crust was cooked.

The asparagus was blanched for about two minutes, as was the red kale, and then placed on the dough along with some goats cheese, salt, pepper and olive oil.  Really though, this isn’t about telling you how to make a pizza, which we will assume you can do.  It is about the amazing flavor that these simple ingredients gave to this common supper.  The red kale crisped up and the asparagus became sweeter (if that is possible).  The lovely green sauce added a jolt of freshness.  I am pretty sure that even my husband liked it… despite insisting that all pizza needs red sauce. 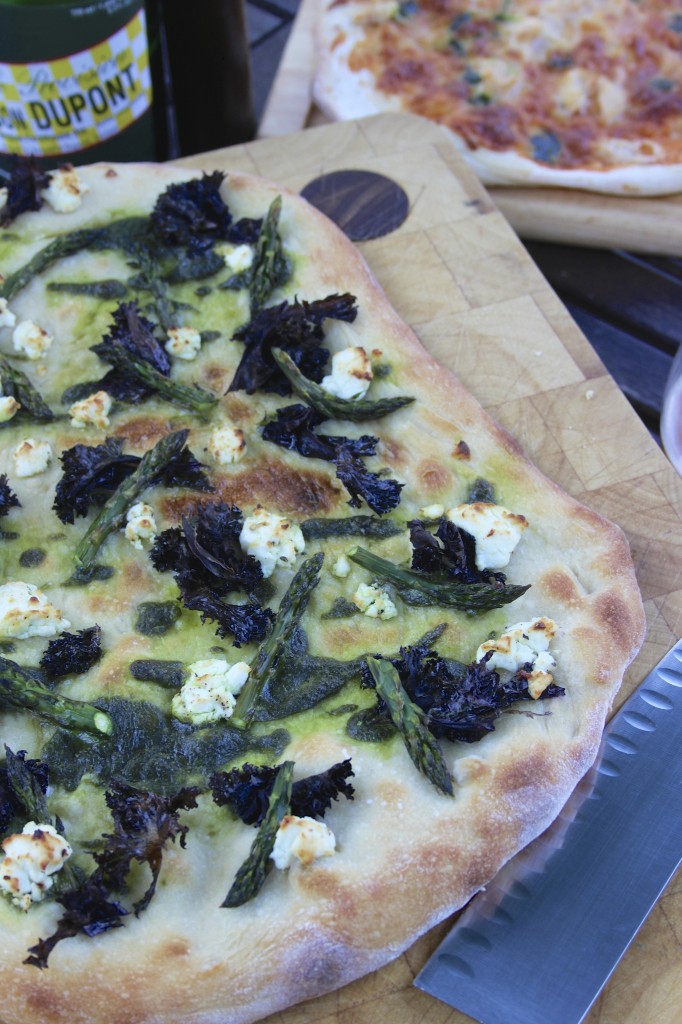 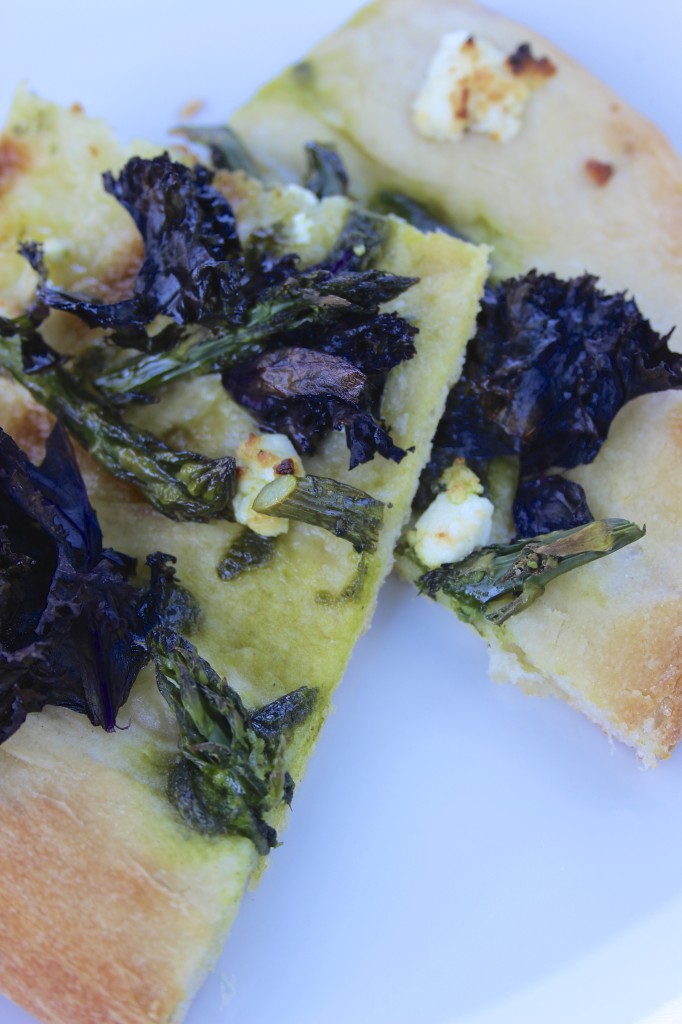