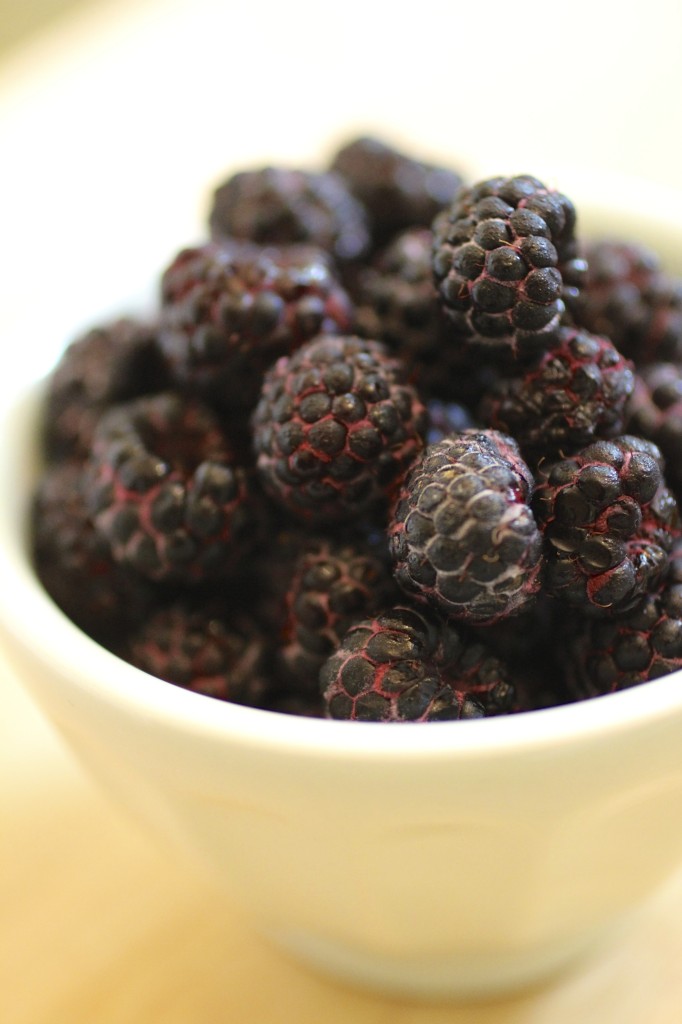 If you are like me (American) you probably don’t often make custards.  It isn’t “our” go to dessert like a chocolate chip cookie or a pie.  If you are like my husband (English) you probably make a lot of custard (with your eyes closed and backwards following no recipe whatsoever).  And so, because we have had our share of “American” desserts lately, custards seemed to be the right choice for our black raspberries.  Only there was no English husband home to make them so it was left to me, and I needed a recipe book.

I turned to Phil Vickery’s A Passion for Puddings, a gorgeous little book full of beautiful British desserts. Although his recipe called for blackberries, I knew our black raspberries would work just as well.  All I had to do was master the dreaded scale to convert the pts to mls…and let me tell you…that was the hardest part! 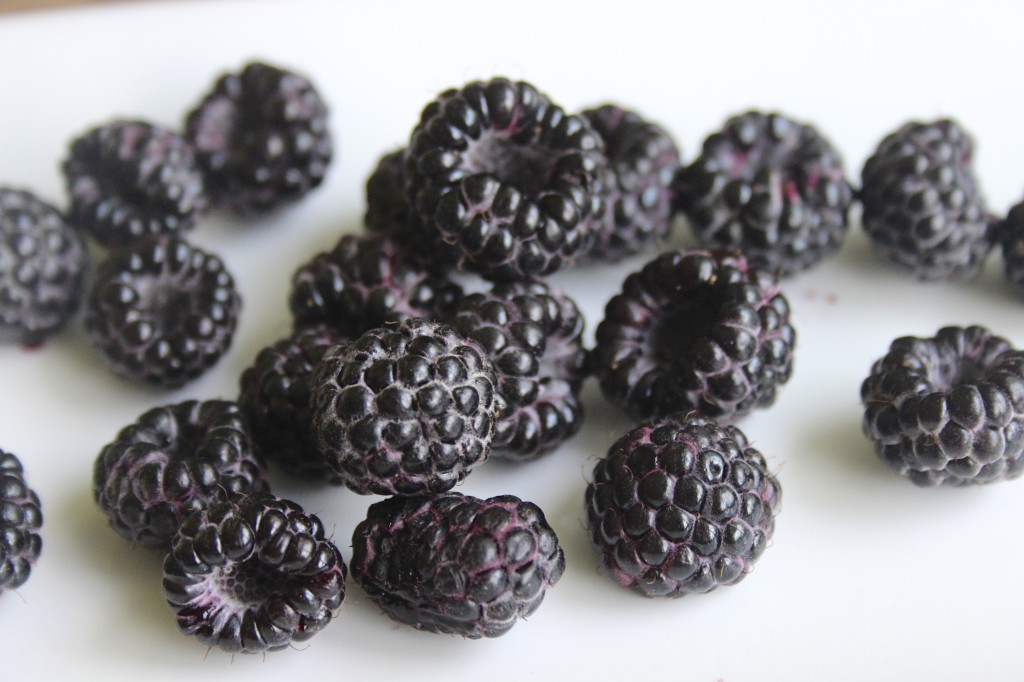 We began by placing the condensed milk, lemon zest and water in a saucepan, mixing well and bringing to a boil.  It was removed from the heat and whisked into the egg yolks.  FULL STOP.  I did this.  I did.  I know not to pour hot liquid directly into eggs…blah, blah, blah.  I just watched How to Cook Like Heston’s egg show.  I was feeling pretty confident here.  I was even on the phone.  Yeah.  Well, I repeated this step because even doing what the book said my eggs still began to cook (ever so slightly and no, it was not because I was trying to arrange a time for my mother to babysit our kids)…so I repeated.  And this time I let the mixture cool a little longer before adding it to the eggs, despite the directions.

Once the milk mixture is added to the egg mixture , you return it to the pan and cook over a low heat until it thickens slightly.  It is allowed to cool a little and then the cream is added in and stirred.

The black raspberries were arranged in the base of some little ramekins and then the custard was poured over the fruit to partially cover.  They were all then chilled in the fridge.  When serving we sprinkled ours with some powdered sugar.  They were light and summery.  The black raspberries were gorgeous and flavorful and nothing like the ice cream if you have been paying attention.  A great summer dessert. 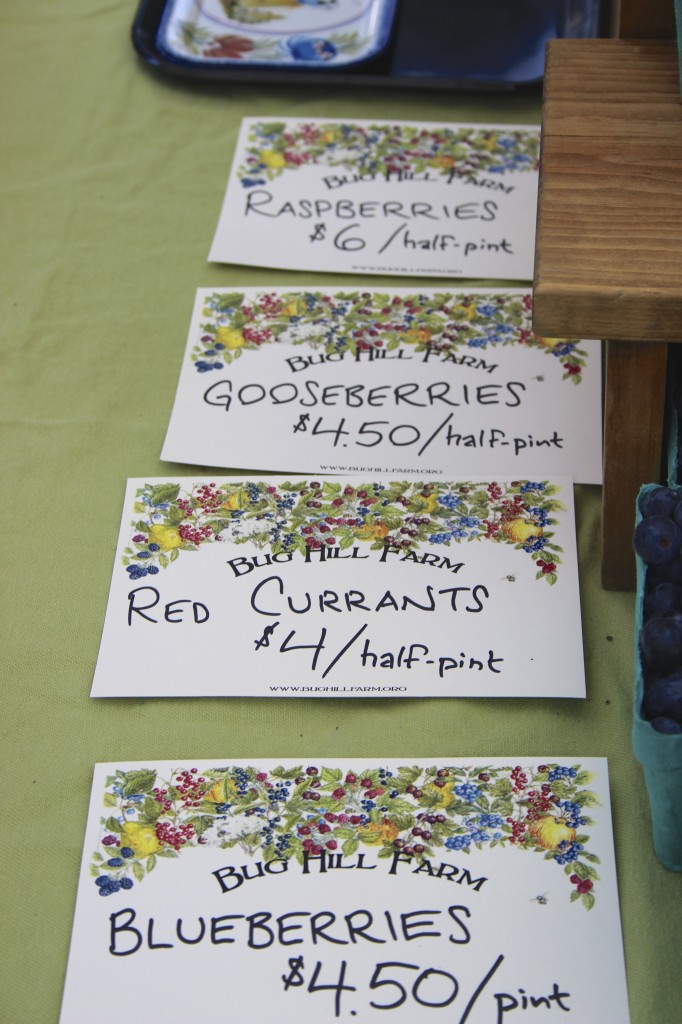 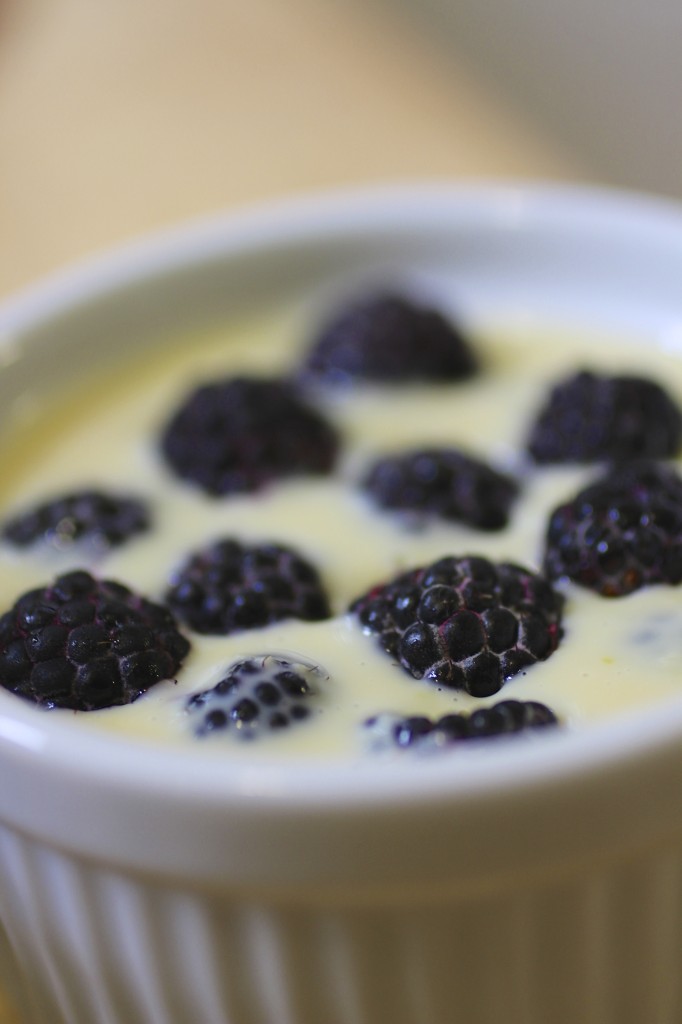 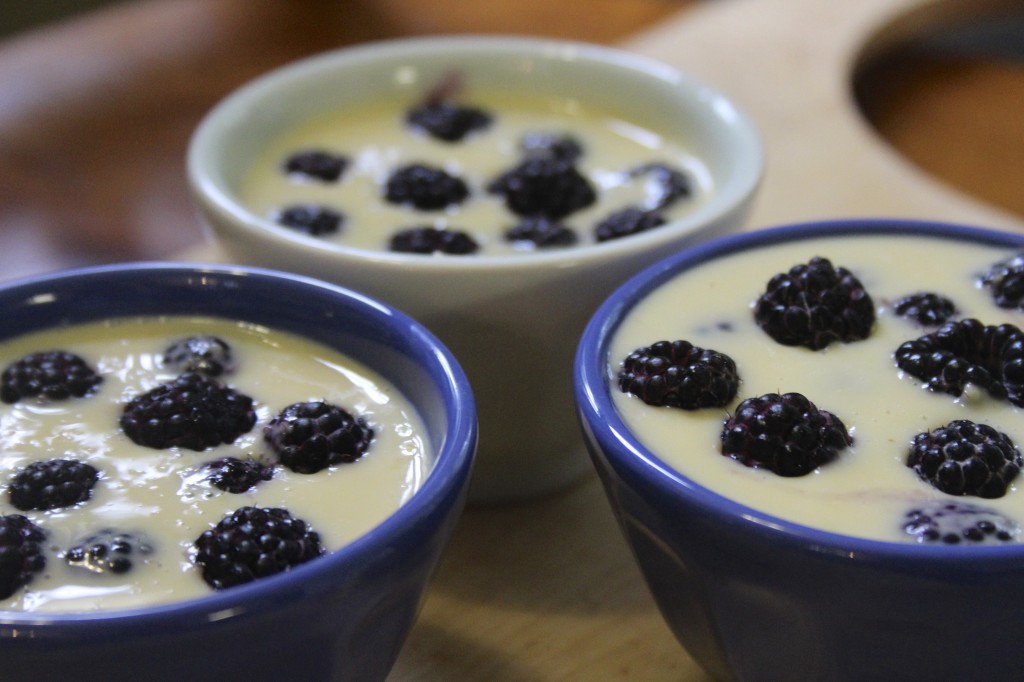 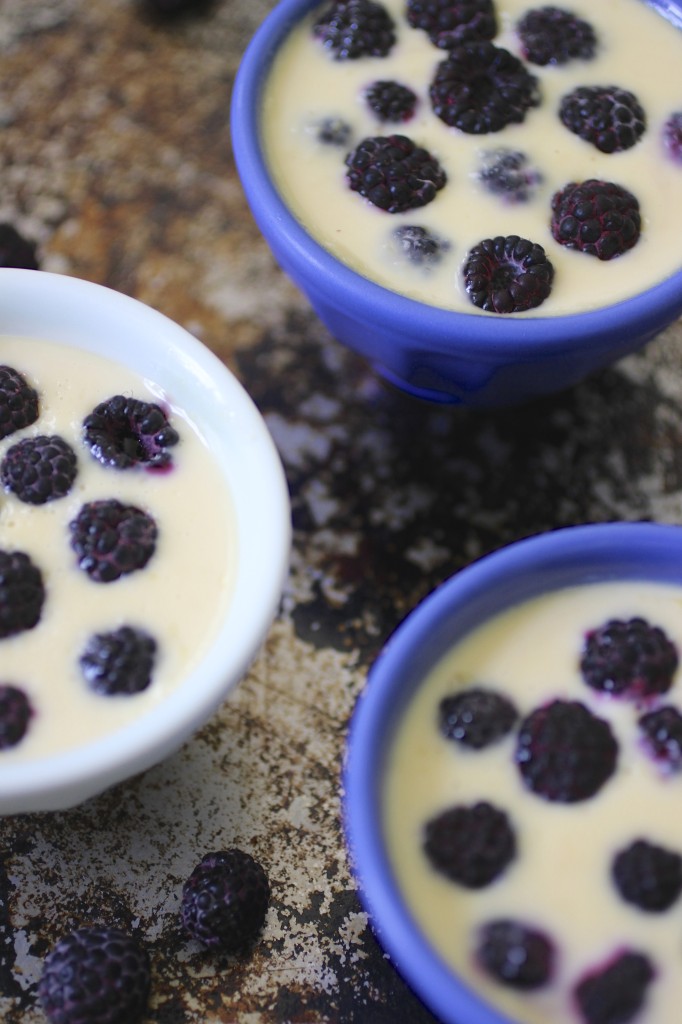 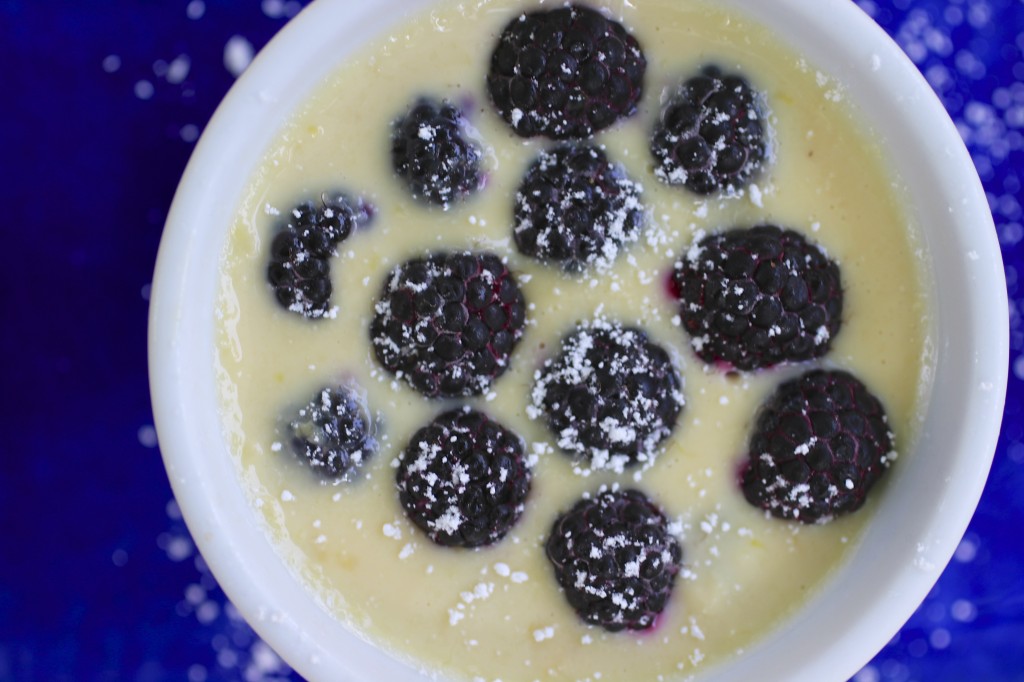 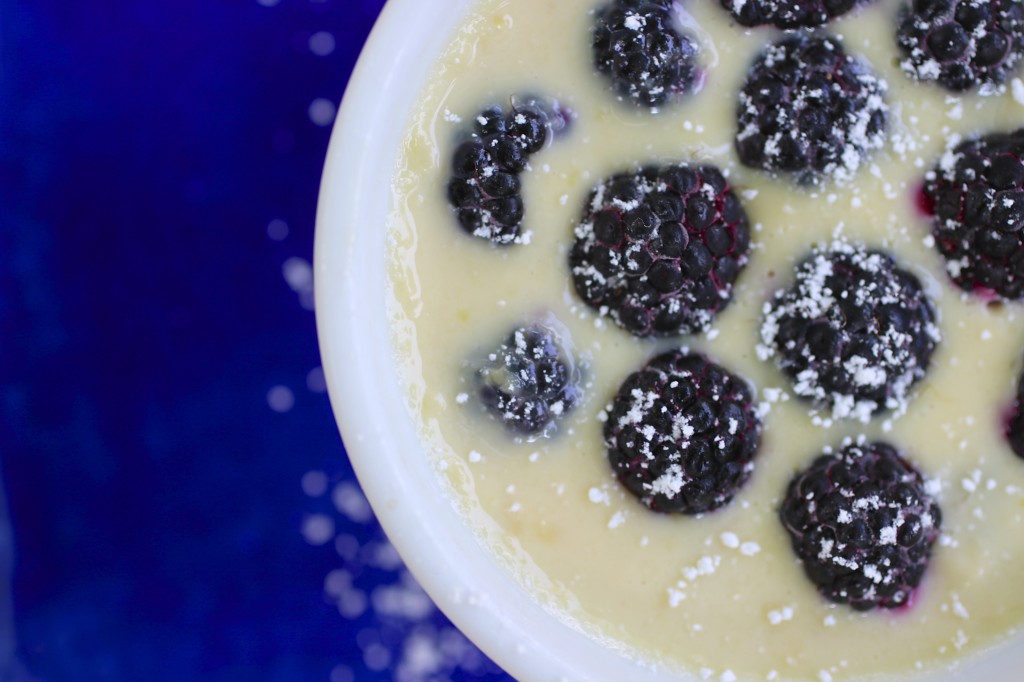