December first.  Last year on December first we were living in a house that had plastic tarps covering doors. We were living in a house with a kitchen that did not exist.  We were deep in renovation and living in limbo.  Our kids really missed out on all holidays that fell from October first through until late April when we moved.  This year we vowed to make sure that we would take the time to make all the holidays (both big and little) special for them.  Those are the memories we carry, aren’t they? So here it is, December first and for us that means the first day of a month of special memories…most of which will take place in our kitchen.

Special treats don’t have to take a lot of time and they don’t have to be difficult.  There are plenty of ways to cheat your way to cozy that will still stand out as special.  These little plum pies are the perfect example.  You need five things.  Pie dough.  A mini muffin pan.  Jam.  Cookie cutters.  Confectioners sugar.  That is it.  Now….you could make your own pie dough….or….you could make it super easy on yourself and buy some refrigerated pie dough that you simply bring to room temperature and roll out.  No judging here.  We have not slept through the night in over a month and we have had a sick kiddo at home for two days.  Coming after the five day Thanksgiving break I don’t think we need to tell you it would have been nice if he were back in school.  Enough said.  It was store bought dough for us.

We pre-heated the oven to 425f.  The muffin tin did not need to be greased as there was enough fat in the dough so removal was easy.  The dough was rolled out on a lightly floured surface.  Circles were cut to be a tiny bit bigger than the muffin hole.  The dough was pressed into the tin and then filled with jam.  We used plum jam.  It tastes like Christmas to us and seemed like a great way to start our month of special treats.  With the leftover dough we cut out little stars and gently placed them atop the jam filled pies.  We brushed the tops with egg whites and sprinkled them with sugar before baking the tray for about fifteen minutes.  When we removed them from the oven they were immediately taken out of the muffin tins and left to cool on a wire rack.  Once cooled they were sprinkled with powdered sugar and then…they were devoured.  As in none left.  I think the fact that they were tiny in size made them so easy to eat…that is the excuse we are going to go with. 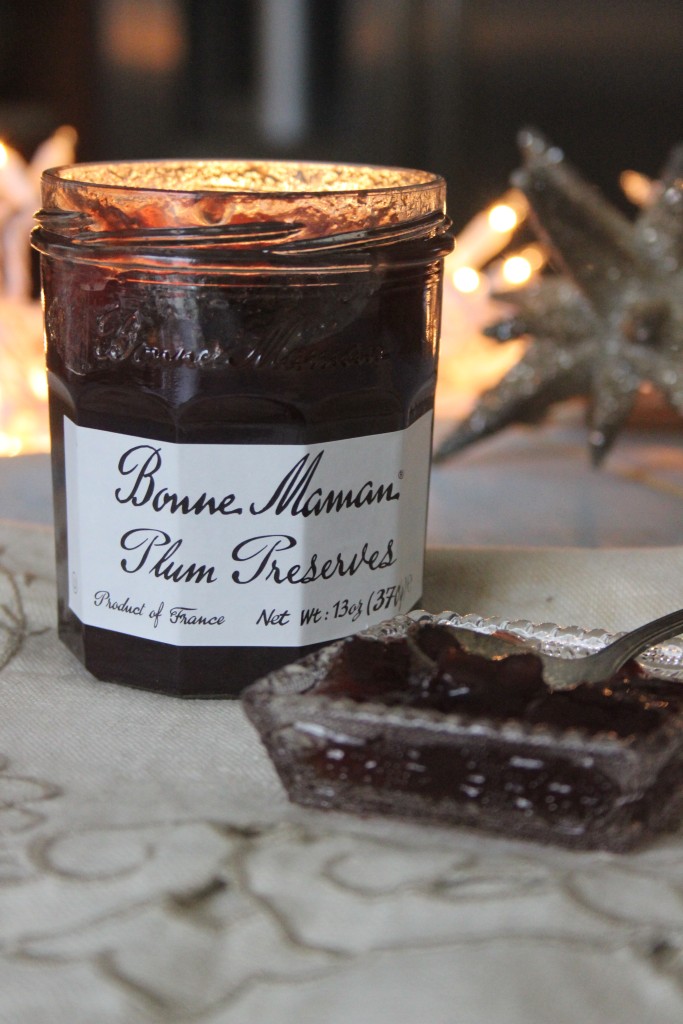 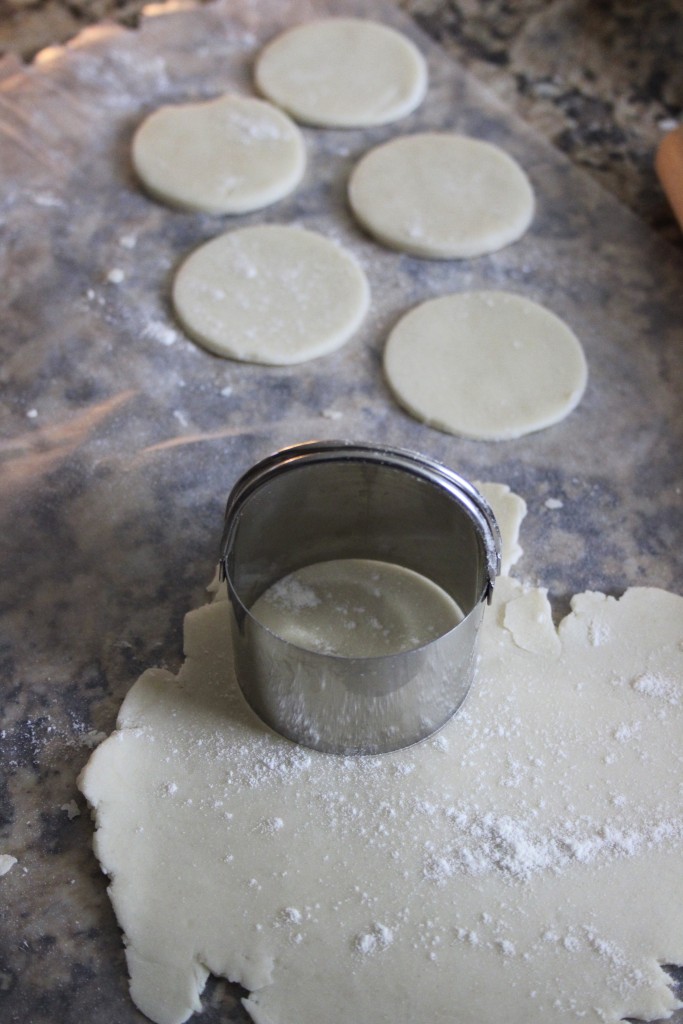 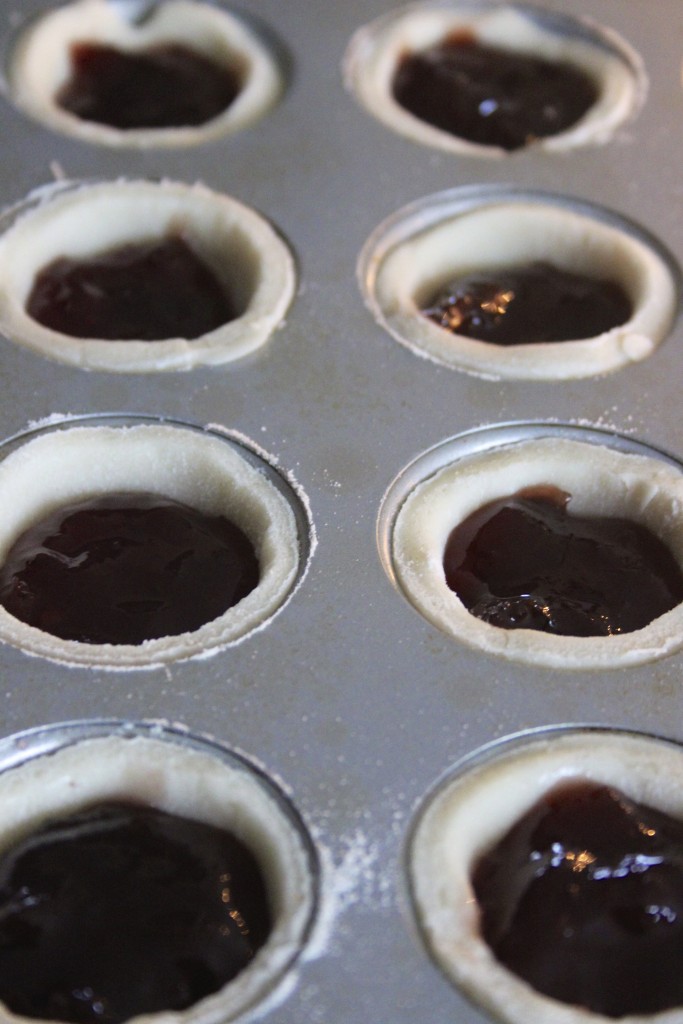 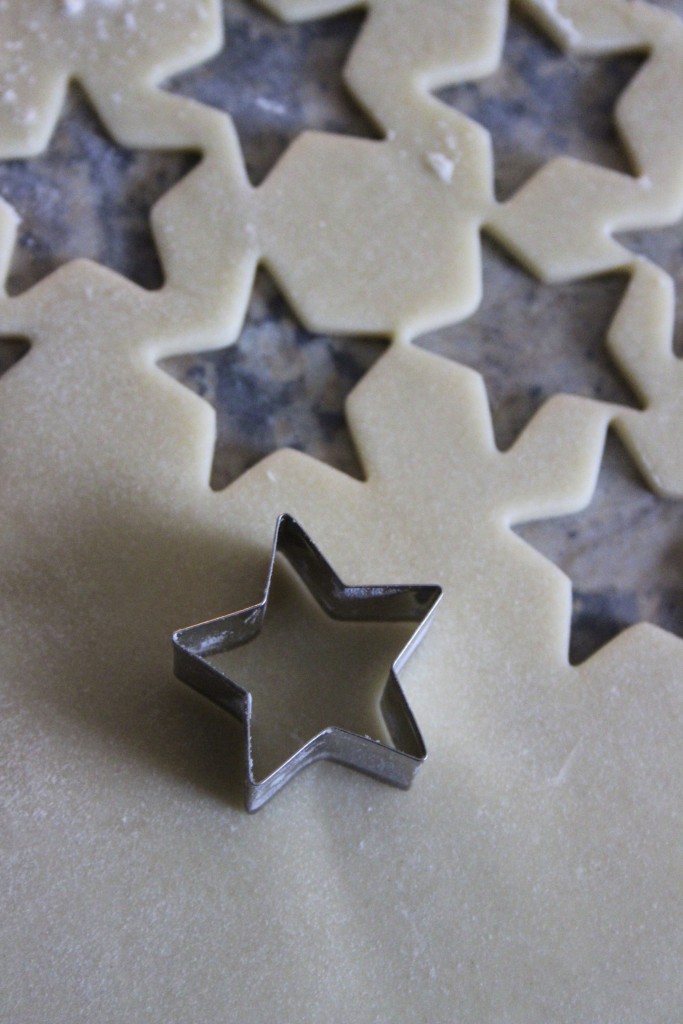 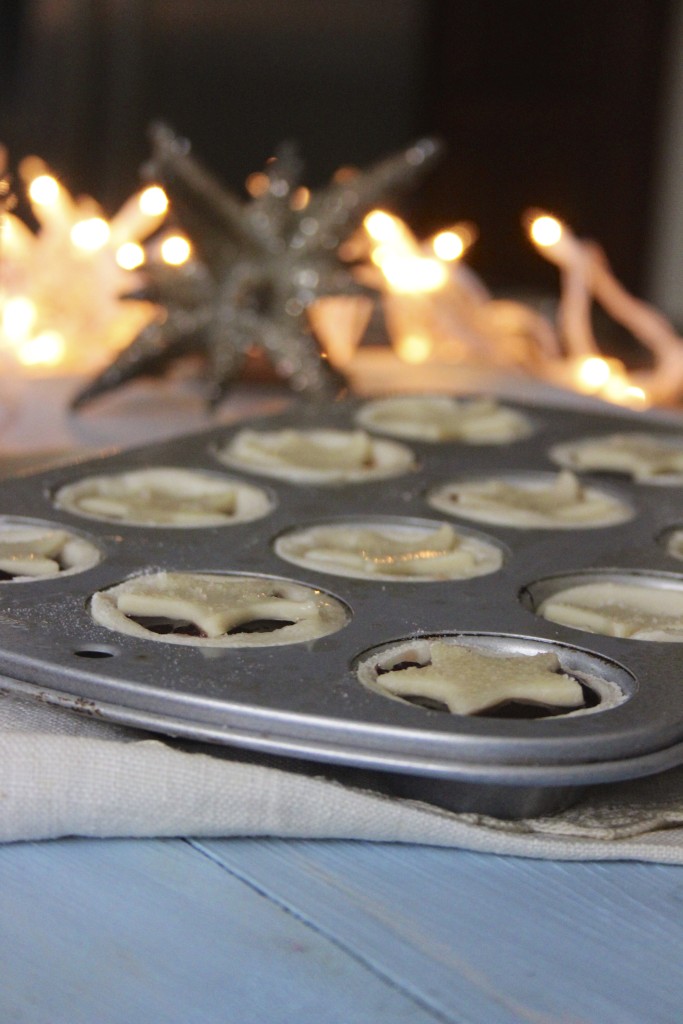 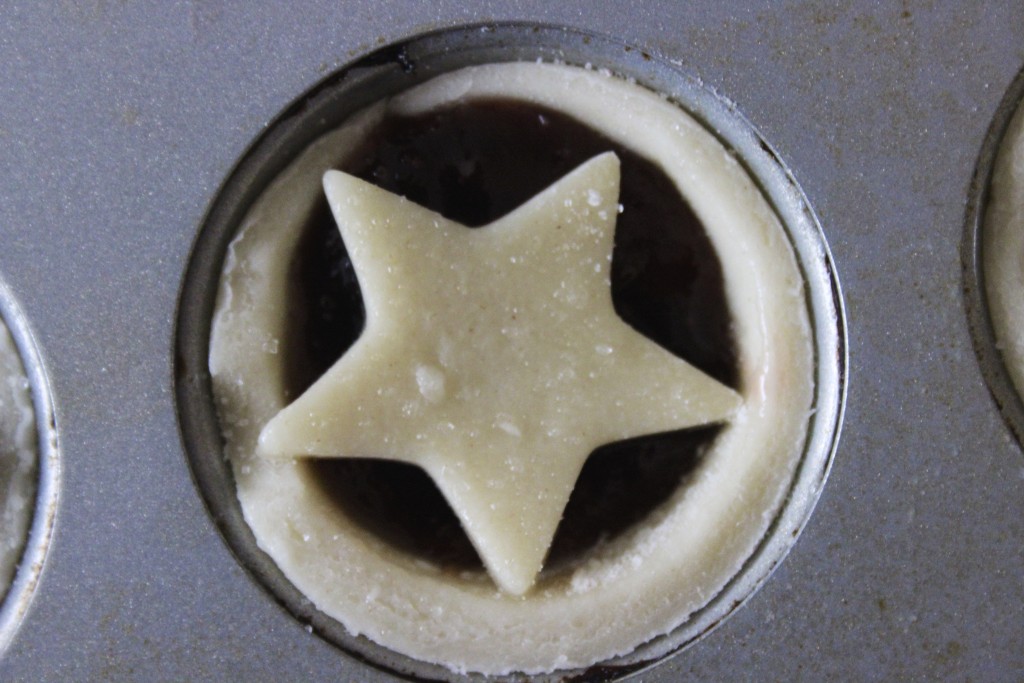 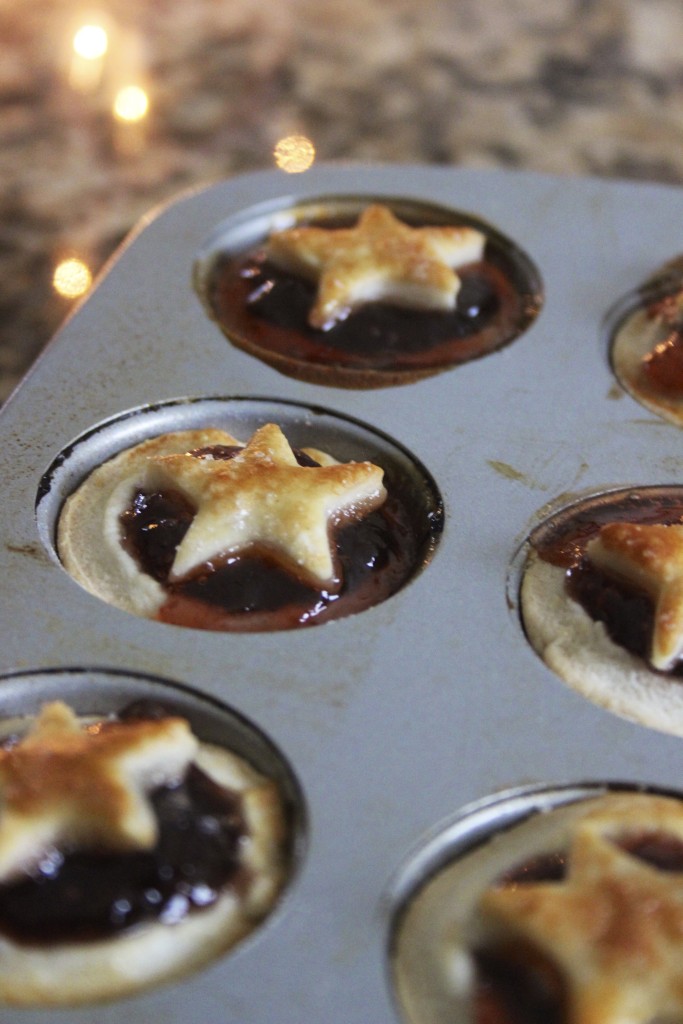 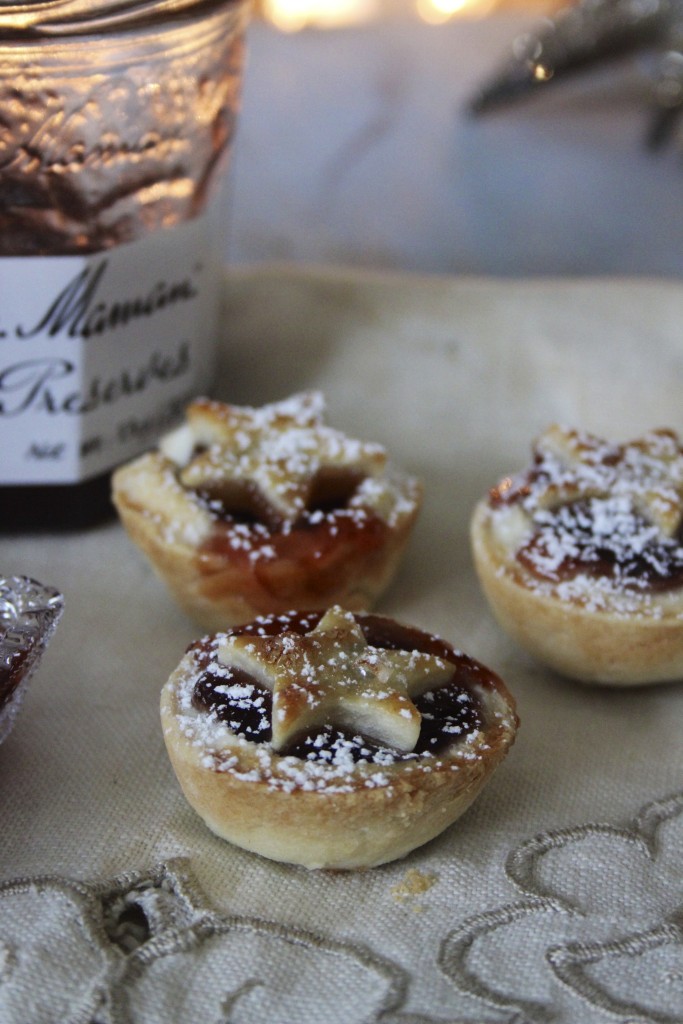 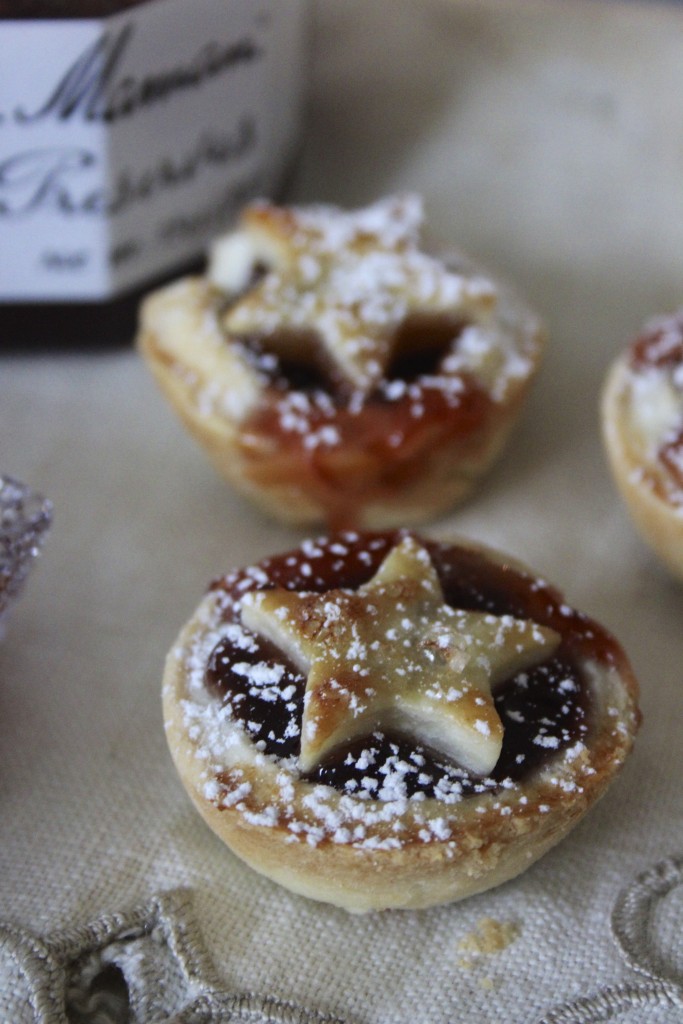 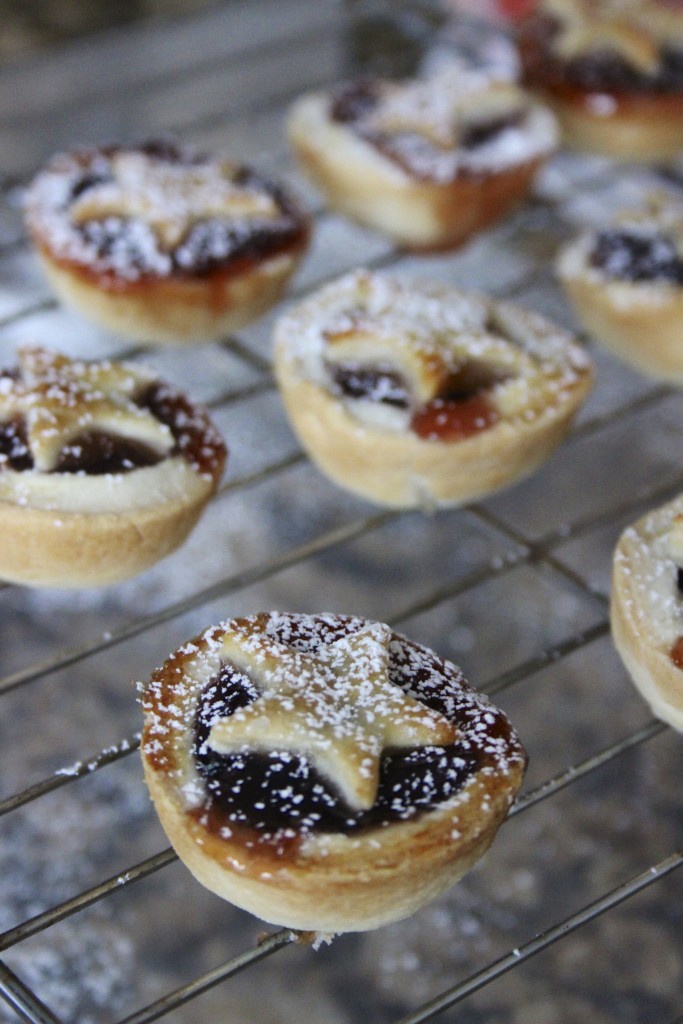 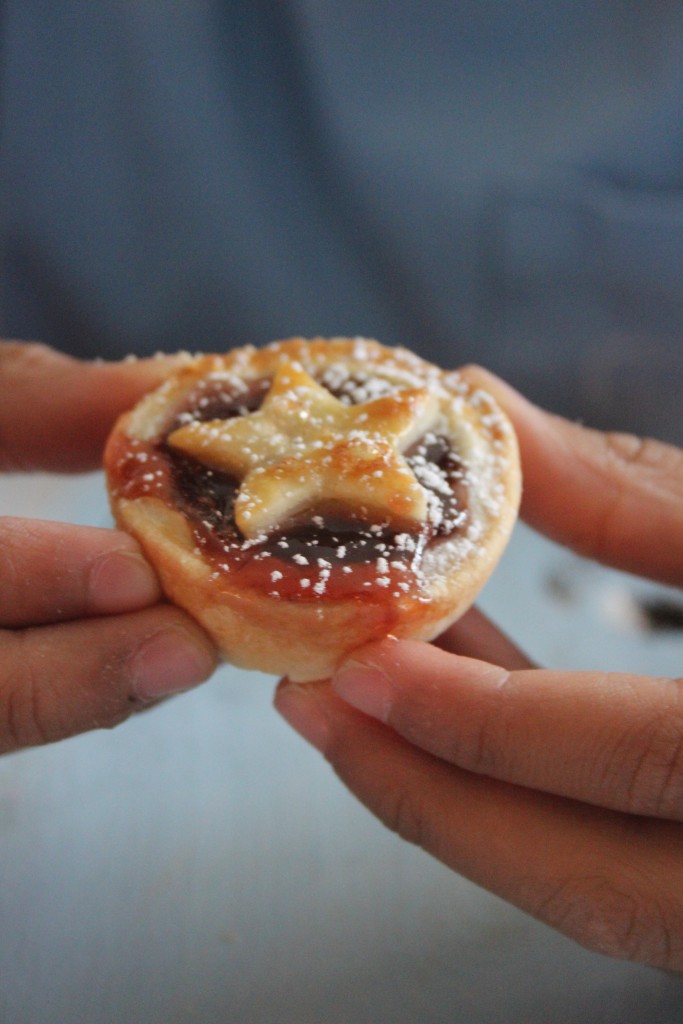 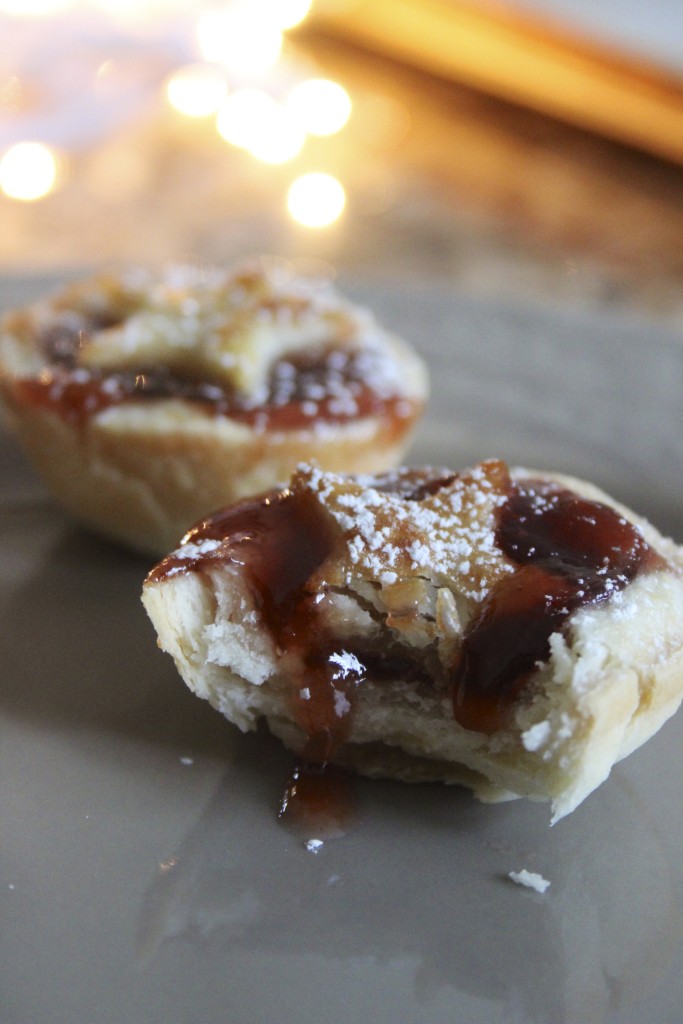