Mushroom ketchup is a traditional English condiment.  Larousse Gastronomique describes the use of mushroom ketchup in English cooking as “an addition to season sauces and also as a condiment for cold meat”.  It also gets a mention in Mrs. Beeton’s Book of Household Management, first published in 1861, where she describes how to make your own.  Whilst this may be an option, we found Geo Watkins Mushroom Ketchup from Leigh in Lancashire, England.  Its uses are not just limited to cold meat or sauces, and it can provide a real umami hit to anything savory that you happen to be cooking.  If you are unable to eat soy this might be an option, although it does contain roast barley malt extract.  A tip we discovered is not to add salt seasoning to what you are cooking until after you have added the mushroom ketchup and tasted the dish.  It seems to contain a significant amount of salt as is.

We were serving steak and wanted a jus to go with it.  This was simple.  First we reduced one cup of red wine with some sliced shallots and some homemade beef stock which we had frozen into ice cubes.  Once this was reduced by two thirds, we strained out the shallots, placed it on a low simmer, added the mushroom ketchup and then whisked in the mustard.  It was then allowed to reduce by a further 3/4 to produce a rich and full bodied jus. 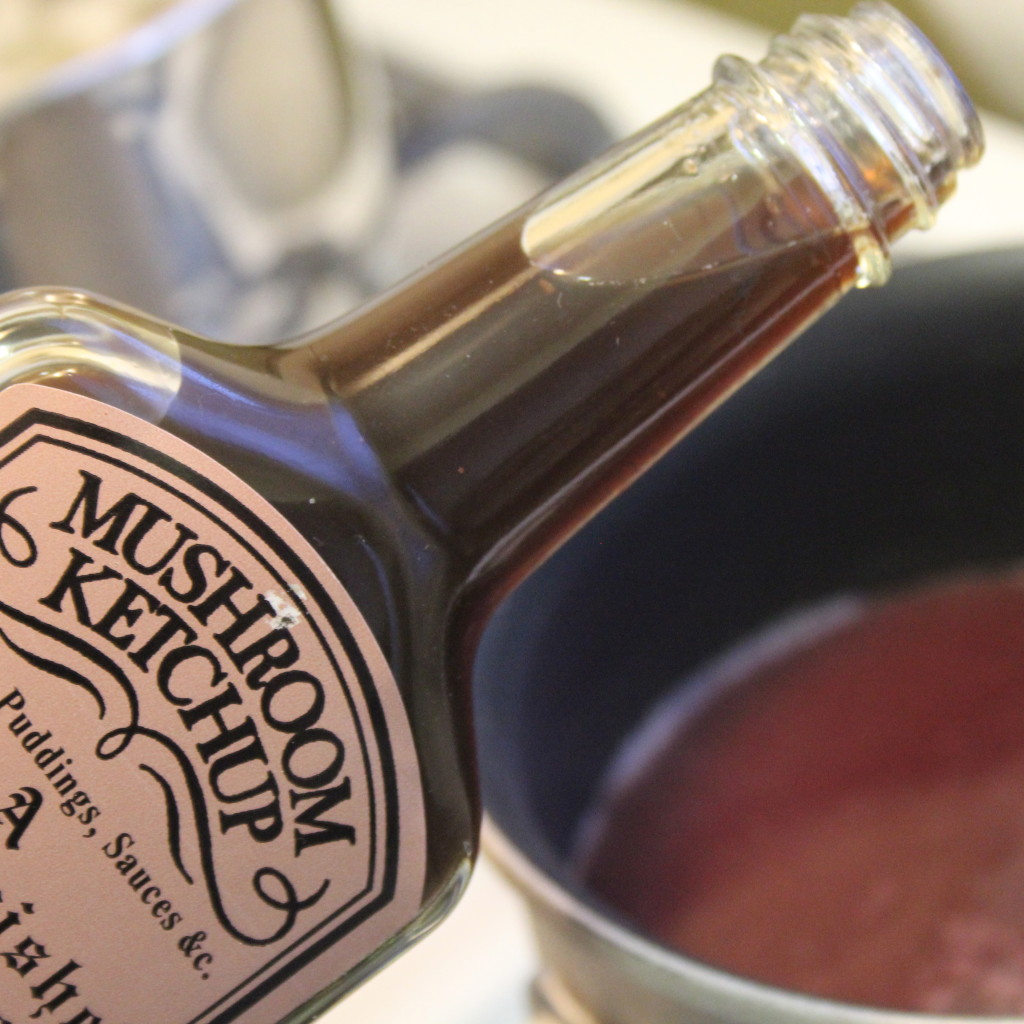 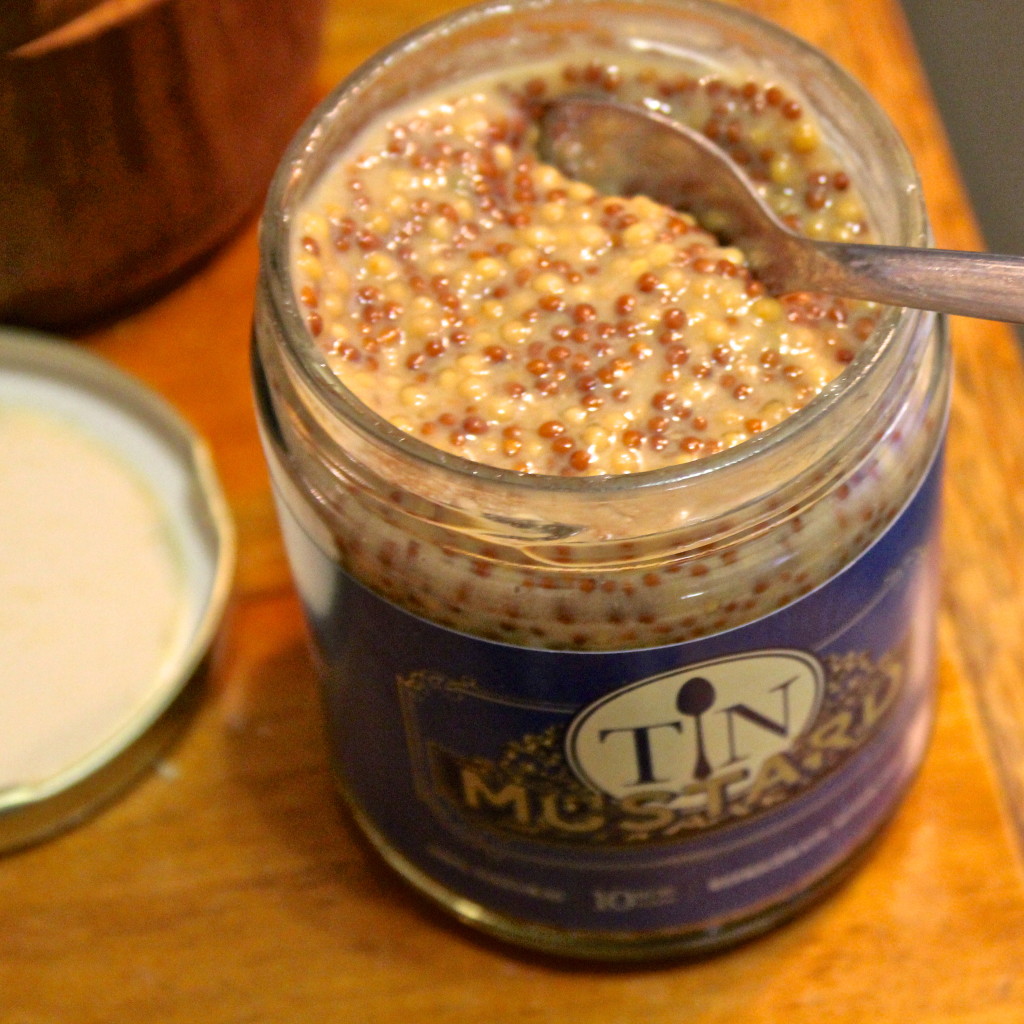 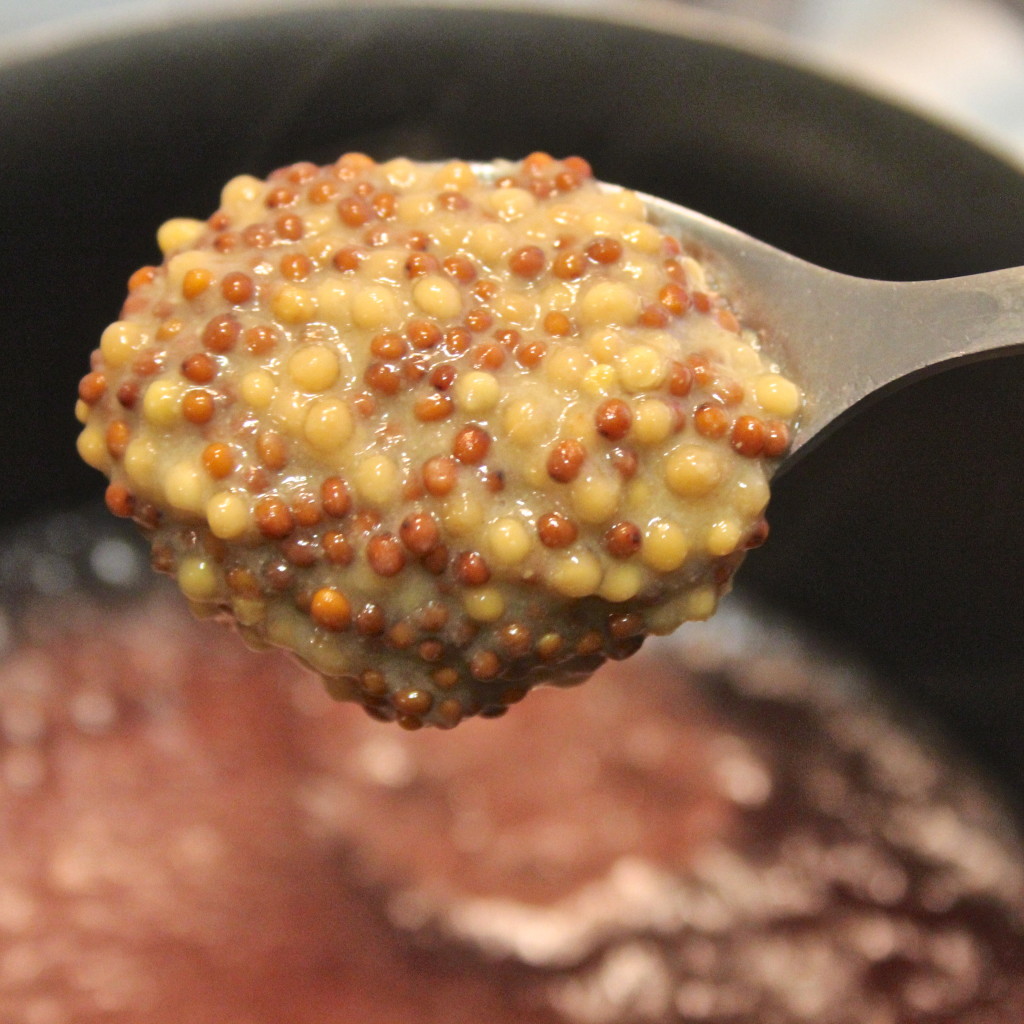 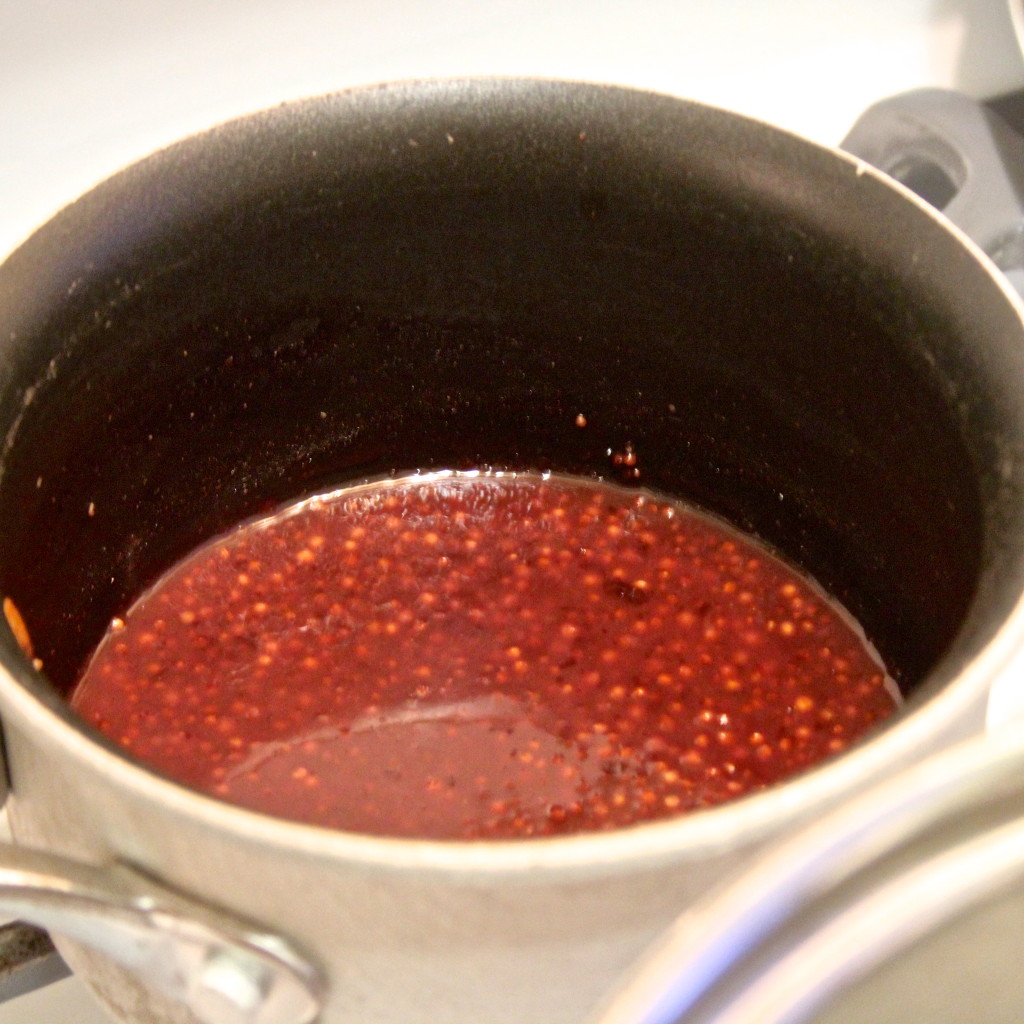 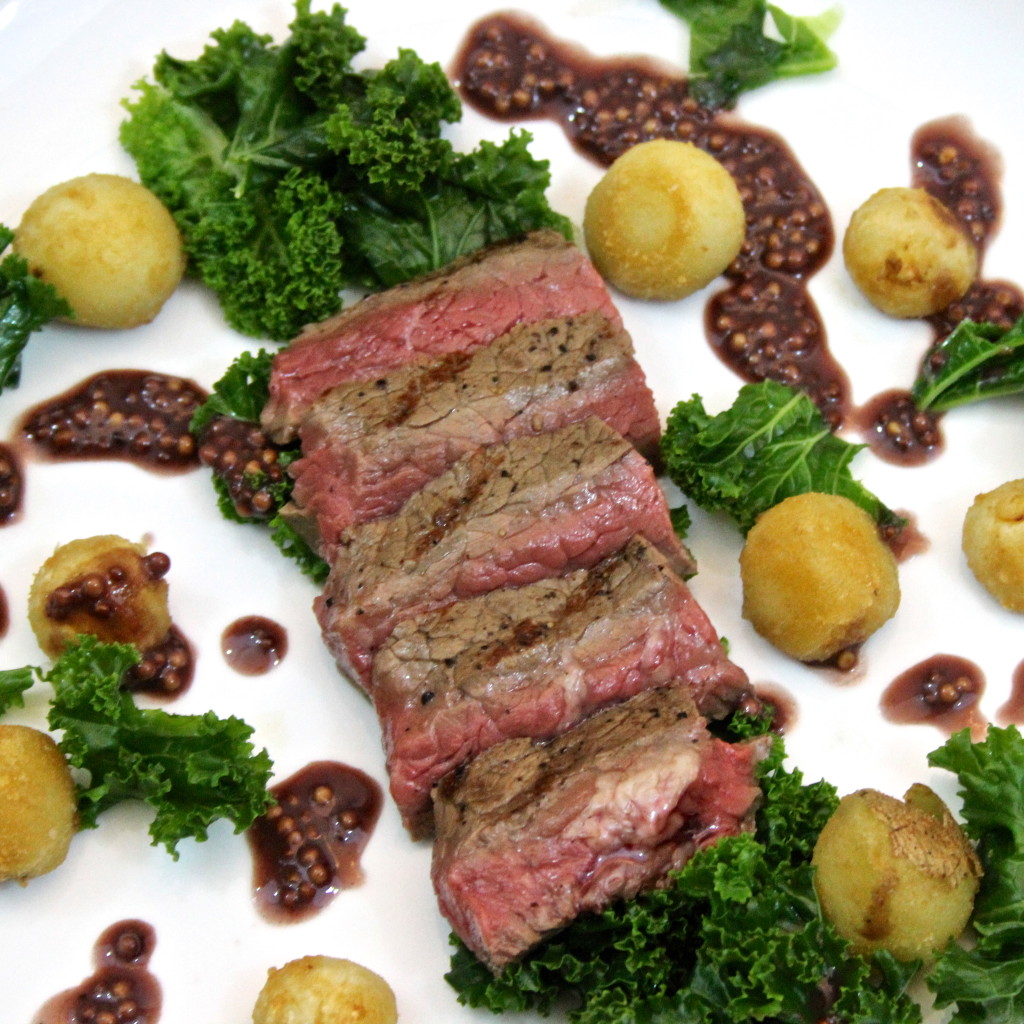 The final stage, just before serving, was to whisk in a little unsalted butter and a couple of twists of pepper.  We served ours with roasted Parisian scooped potatoes and some delicious New England curly Kale.  We thought it was a unique way to incorporate the taste of mushrooms without serving mushrooms on top of the steak, which we so often see.