Veal.  You either love it, hate it, love it but have ethical issues with it or hate it and have ethical issues with it…or maybe you are indifferent to it… but personally I struggle a bit.
Where we live there are plenty of farms that provide chemical free veal that has been treated “humanely” (really I struggle writing that because how humane is it to slaughter a baby animal…and then that gets me wondering how humane it is to slaughter any animal and brings me right back to the fact that I could very easily become a vegetarian… much to my husband’s disappointment)…so yes, back to the humaneness of this veal…it means they are milk fed, allowed to roam free, not caged or crated, etc.
So we have not made veal for this blog before- or even at our home for that matter.  Mostly because of the reasons above.  But there it was, local veal, and one of us could not resist. 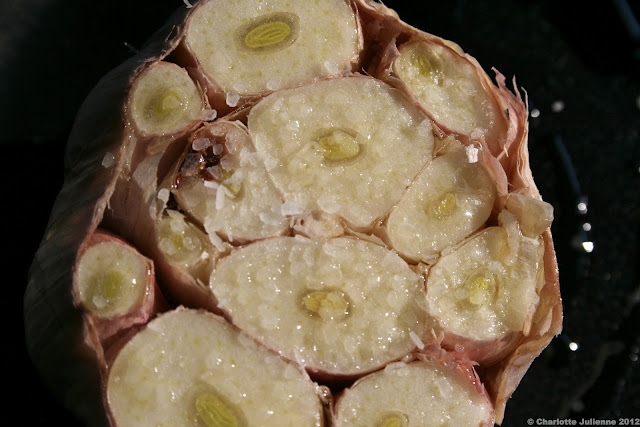 Out thoughts for this supper were to keep it simple and ultimately have all the flavors combine in one pan…although it took us a few pans to get to that point!
We began by roasting a head of garlic which was brushed with olive oil and salted.  This took about an hour at 400.  We did this before we began any other part of our meal. 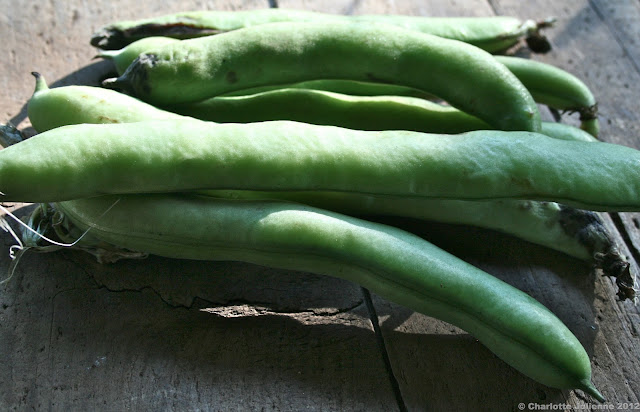 We wanted to be sure this supper had color to it so we purchased a small handful of fava beans. 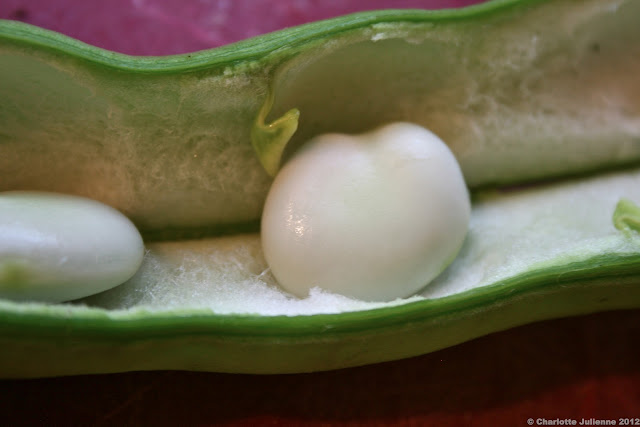 We blanched them in salted boiling water for about two to three minutes before straining them, cooling them and then removing the white casing. 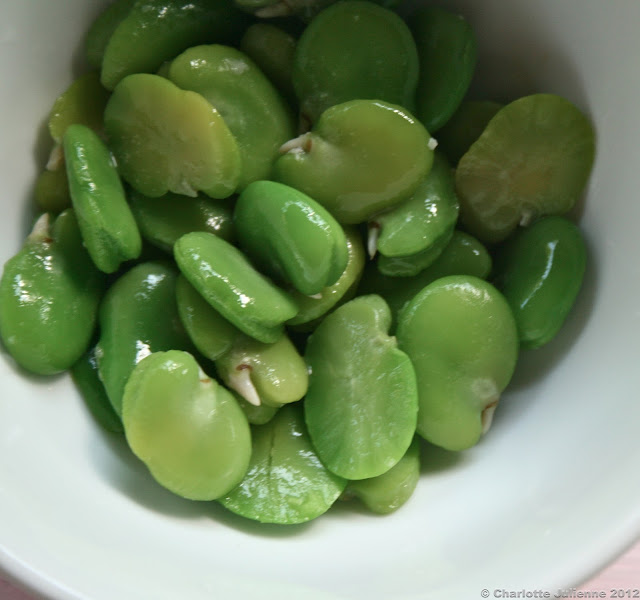 When they were shelled we set them aside temporarily. 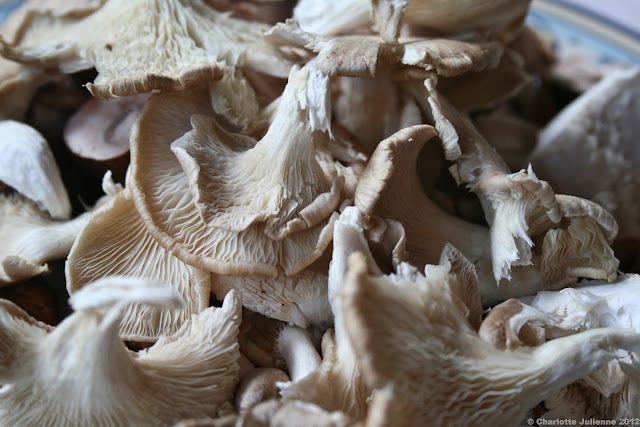 At our local farmer’s markets you can get all sorts of mushrooms.  We love this! They have so much flavor and texture.  We opted for a mixed blend which were thrown into the pan at the last minute as they didn’t need much time to cook down. 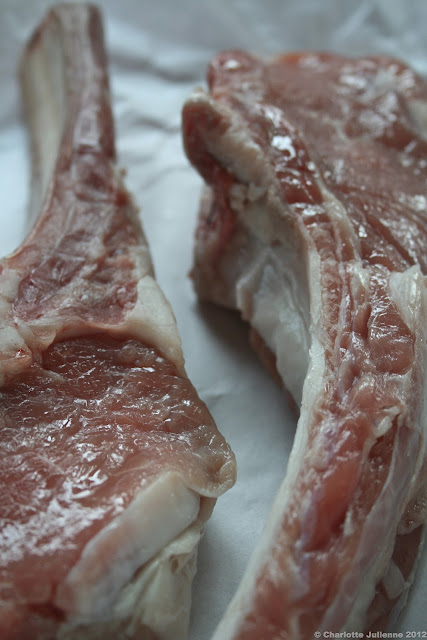 The veal, as I mentioned, was local.  To be honest, I had never even eaten a bite of veal in my entire life.  I am a good sport (usually) about trying everything so I was willing to give it a go, but I’m not sure I’d have to go back.
We cooked the veal much like we would a steak, seasoning it with salt and pepper, pan searing for a few minutes each side.  We then set it aside to rest and returned to our pan which was now gathering lots of flavors. 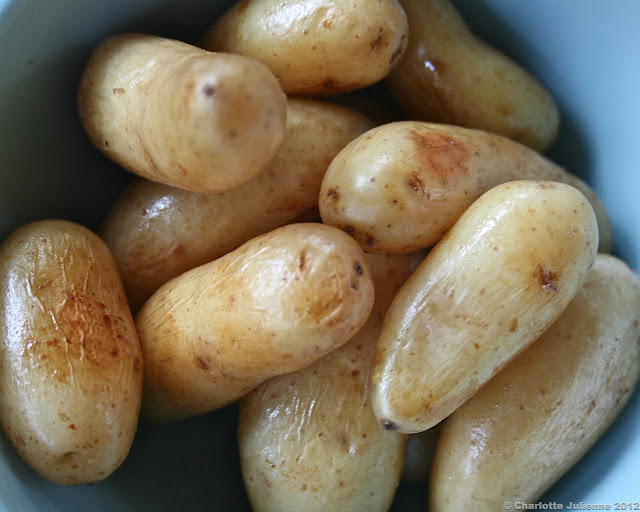 We had par boiled some lovely little potatoes and when they were fork tender we strained them and set them aside.  After the veal was done cooking and was set aside to rest we placed the potatoes in the pan to get some color. 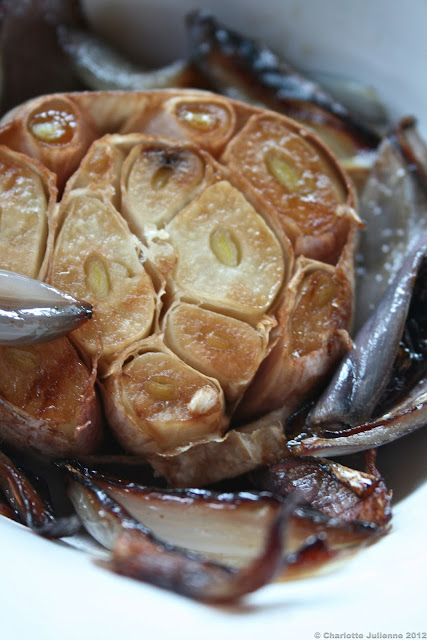 Once they were browned we put the veal, the garlic, some roasted shallots and the mushrooms back in the pan along with the potatoes.
We added about 3/4 of a cup of veal stock, a splash of good white wine and a sprinkle of salt and pepper and allowed this to reduce as well as cook the mushrooms. 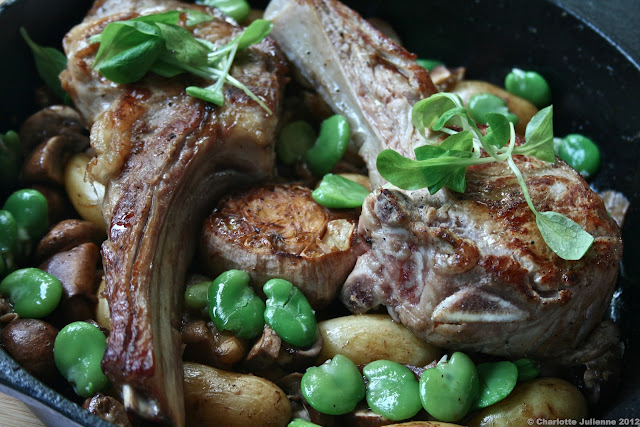 At the end we added our fava beans back in to absorb some of the wonderful flavors we had created in this one pan.  The pan was placed on the table and supper was served.  Nothing fancy but a very flavorful meal with fabulous pops of color thanks to the fava beans.