We have been married for nearly five years but have been together for seven.  When we first started dating we were on a road trip in New Brunswick, Canada and had each packed some foods to take along.  Not knowing each other very well, one of us packed a bean salad consisting of all sorts of well…beans.  One of us does not like beans.  At.  All.  Not wanting to be rude I ate the salad but the texture of the beans nearly did me in.  I think I grew up with so many canned vegetables that I did not really give proper beans a chance.  So I thought I’d try again.  Hence this recipe.

Lima beans are named for Lima, Peru.  They are of Andean ancestry and eventually were exported to America and Europe during the time of the Spanish colonies.  I began by taking some dried lima beans and sorting through them to remove cracked beans and any other imperfect beans.  In a bowl I added four cups of water and a teaspoon of salt.  This was stirred until the salt dissolved and the beans were then added, covered and placed in the fridge overnight. The next day the beans were drained and rinsed very well.  They were added to a saucepan along with two bay leaves and a 1/4 of a chopped yellow onion and six cups of water.  This was brought to a boil and then simmered for 20-30 minutes.  You don’t want your beans to crack.

The star of this dish was the citrus sauce which is full of Peruvian flavors.  2 tablespoons of lime juice, fresh flat leaf parsley (minced or chopped), 1 1/2 teaspoons of sugar, 1 teaspoon of dried oregano, salt and pepper were added to a dish.  A steady stream of olive oil was whisked in until the entire thing was emulsified.  The sauce was poured over the beans and gently mixed in.  It was left (at room temperature) to sit for 30 minutes.  We served ours with tomato and red onion.  The flavors were great, fresh and summery.  The colors were beautiful.  I can’t say I’ve changed my mind about the texture of beans, but I am glad I tried this again and will definitely use the sauce in other salads or even pasta. 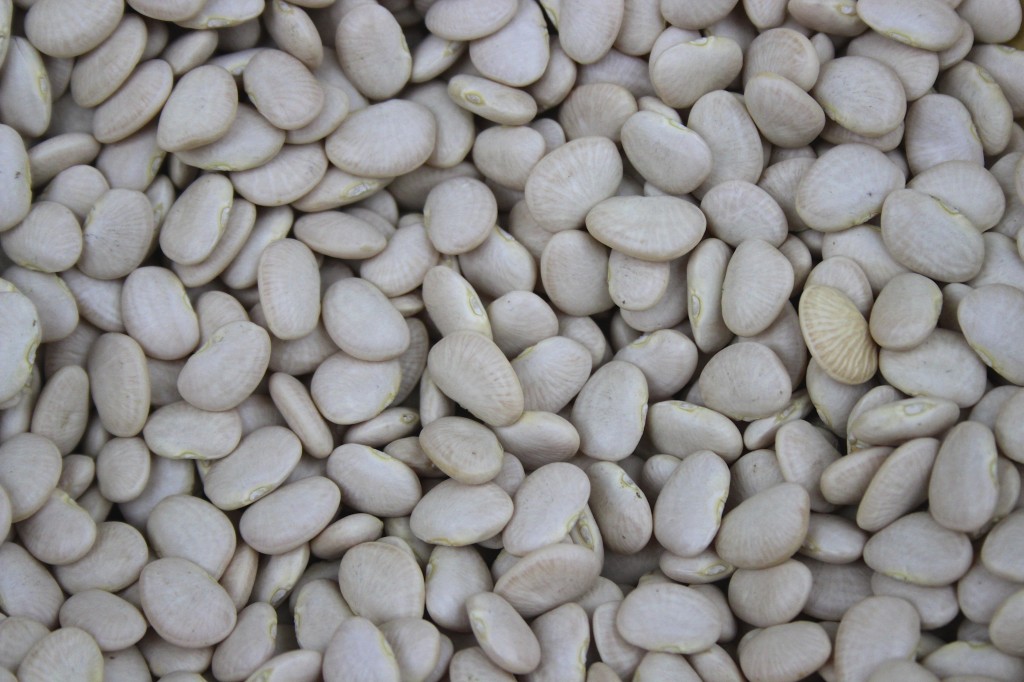 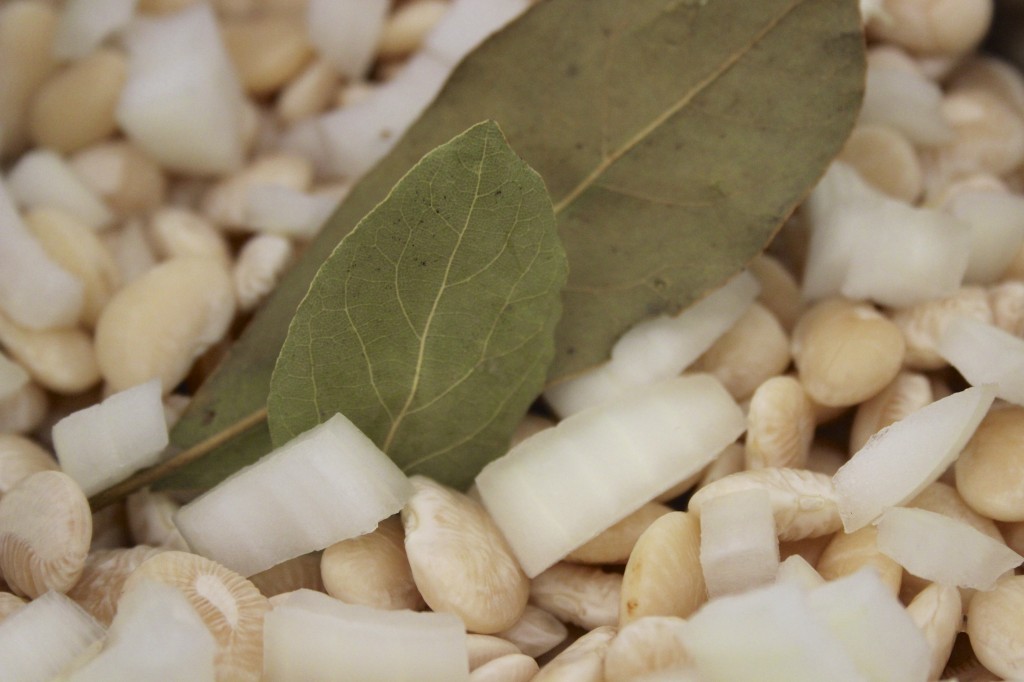 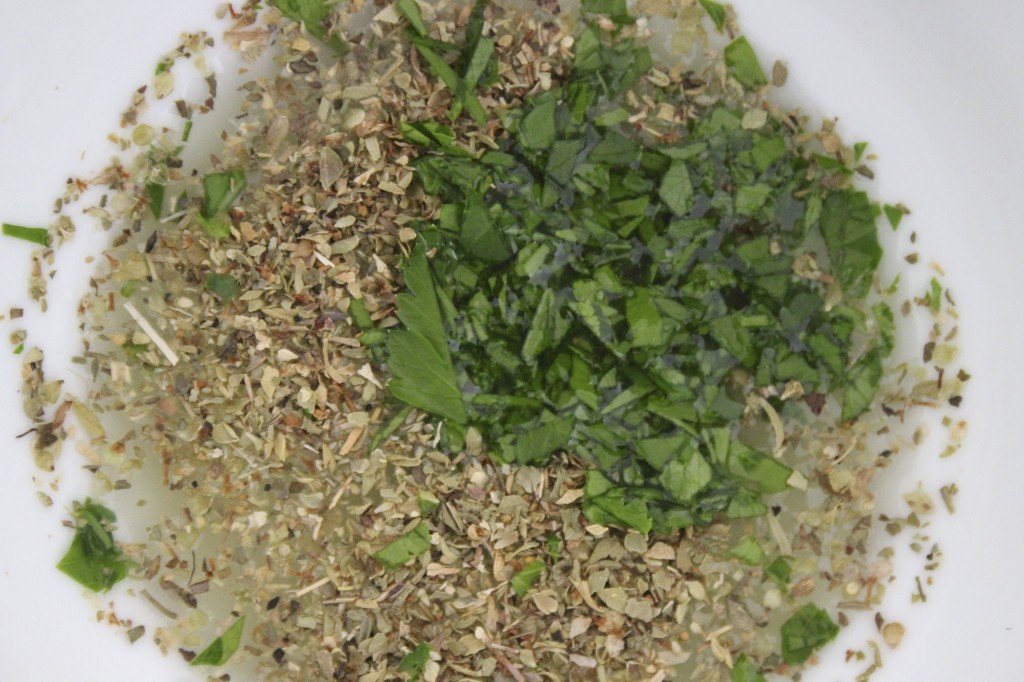 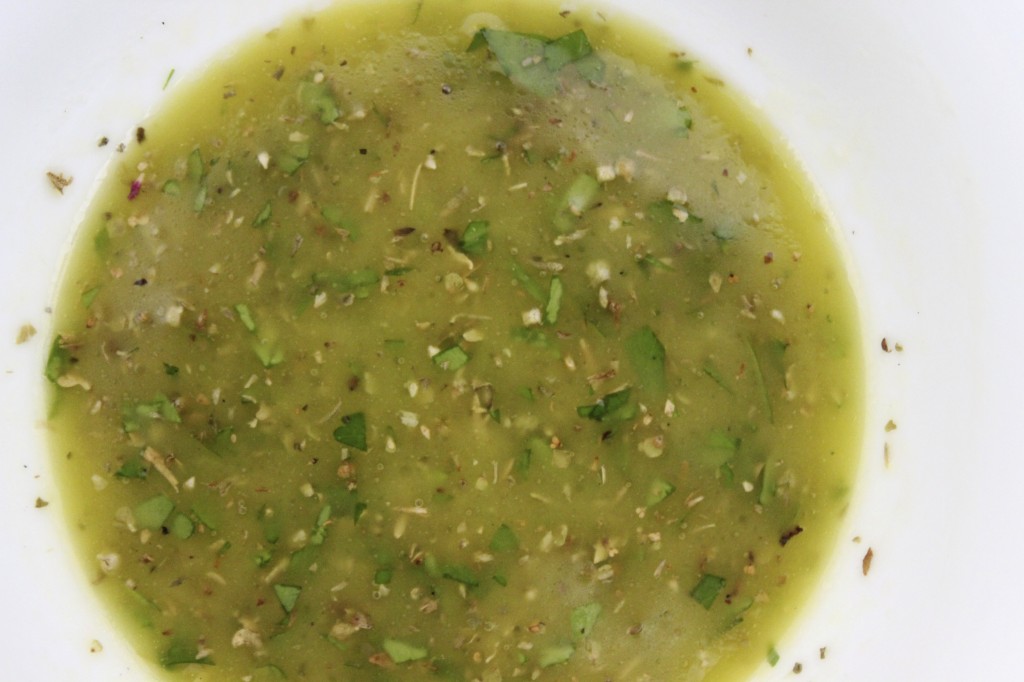 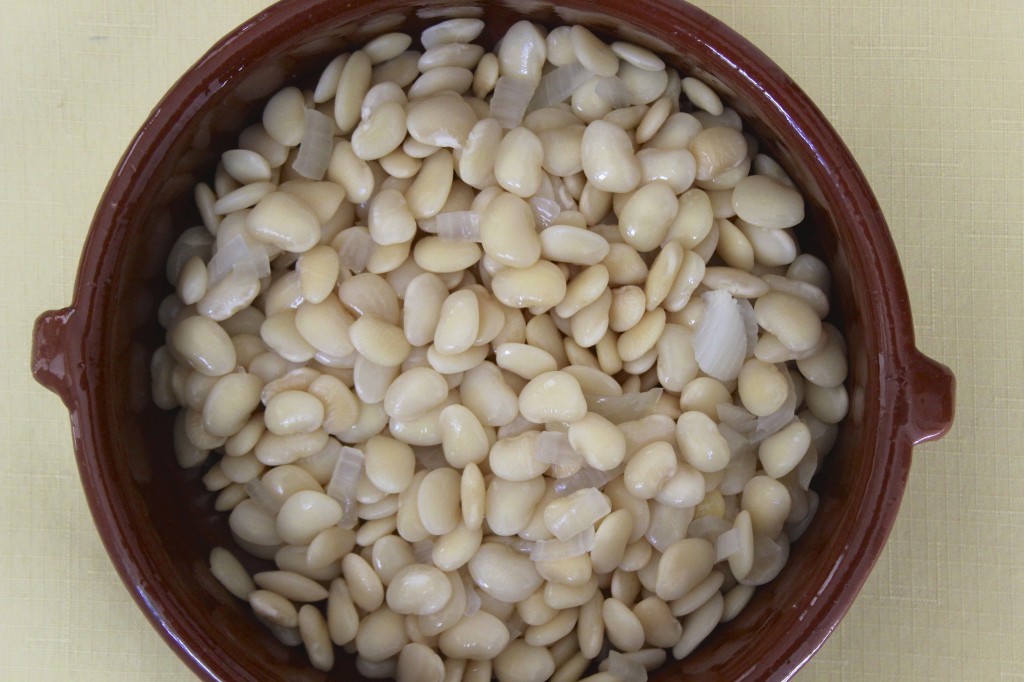 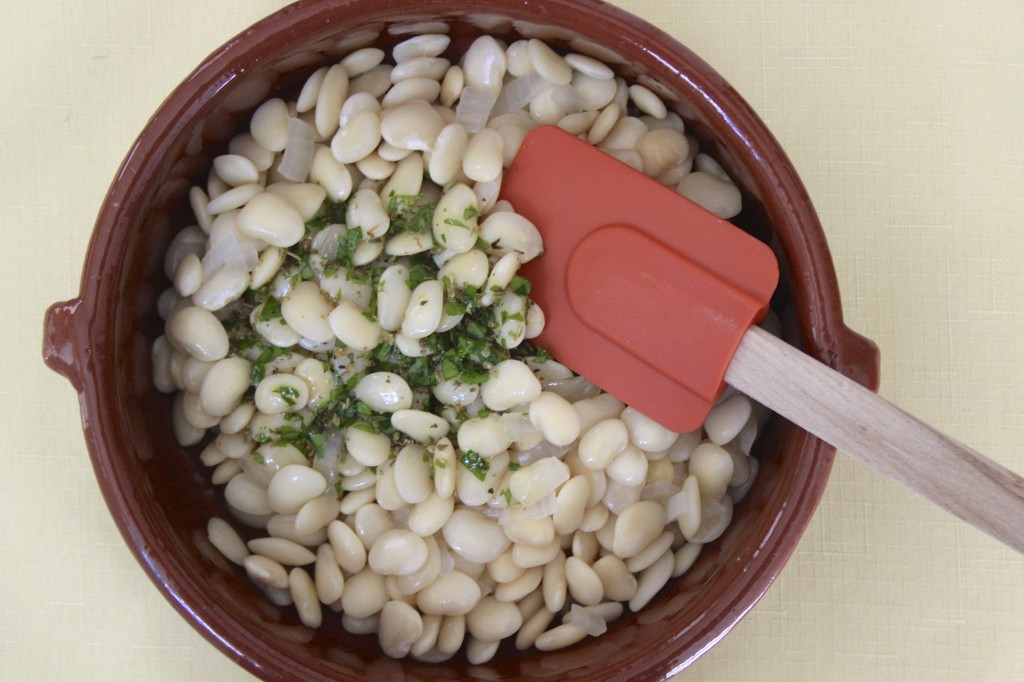 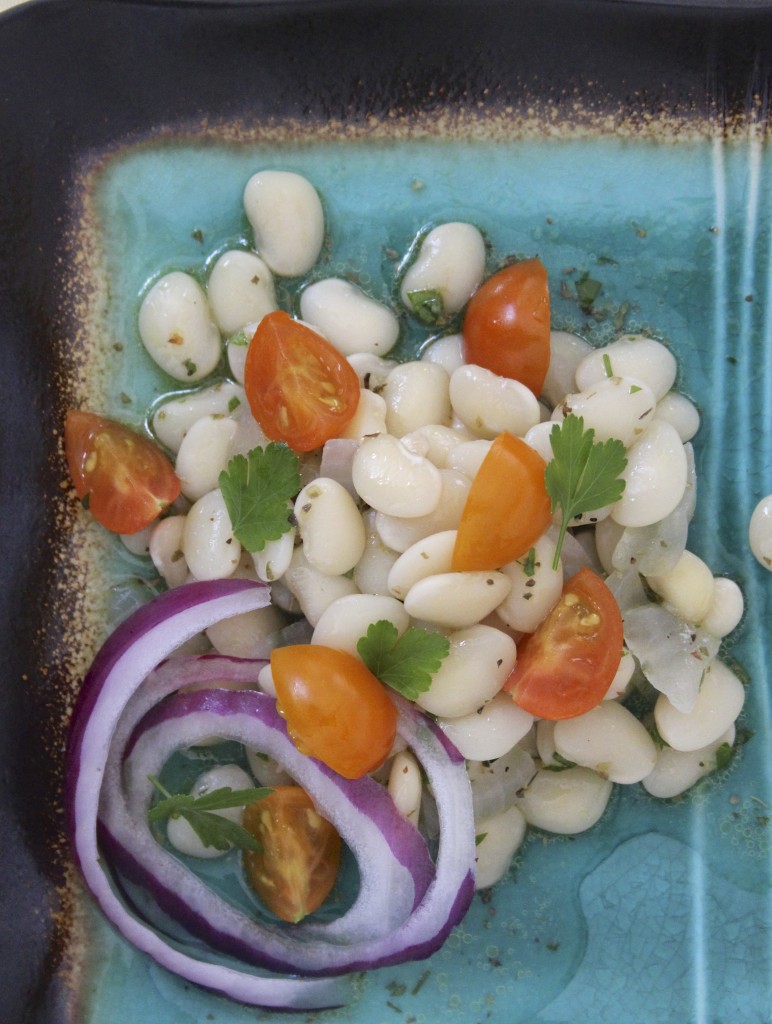