We finally had a snow storm here and….although it is now a little melty and muddy…it gave us a great excuse to use up what we had and make some soup.  Potatoes at our market were buy one bag get one bag free.  It seemed like a great idea at the time, I mean who doesn’t love free?! But let’s just say we’ve been eating a lot of potatoes.  And. There. Are. Still. More.  So potato soup it was.

The concept of making soup at our house starts with a glance in the veggie drawer where we pull everything that is on its way out – out.  It is all washed, chopped and tossed into our big soup pot.  For this soup that included onions, leeks, celery and potatoes.  To that we added about eight cups of water and two ice cube trays full of frozen chicken stock.  Do you save your chicken carcass and make stock?! You should.  It is so simple.  If you freeze the liquid in ice cube trays it so easy to then just pull the frozen cubes right out and use them as needed.  We use them all the time and find that you can never have too much.  The best part about it is controlling how much sodium is in your stock (or… not in your stock).  We added two bay leaves, salt, pepper and a splash of champagne vinegar.  This was left to cook for about forty minutes.  The potatoes should be breakable with a fork.  My plan was to just use our immersion blender and combine it all.  That was not working as well as I had hoped, so I ended up spooning out the veggies and a little liquid and blending it in the blender before returning it to the pan and then using the immersion blender to combine it.  We might have added a  little heavy cream at this point.

It has taken me nearly three years to get our kids to like soup.  They were, initially, not fans.  Add some bacon and melted cheese croutons and miracles can happen.  We like to use our two day old bread to make crunchy croutons.  You can melt some Jarlsberg on top to make them super yummy.  We are still living off of the generous food hamper we received at Christmas and loving all the bacon that was inside of it.  Bacon on top of creamy soups is sort of a no brainer.  We finished this off with a few cilantro leaves.  It was really perfect to eat as we watched the snow outside. 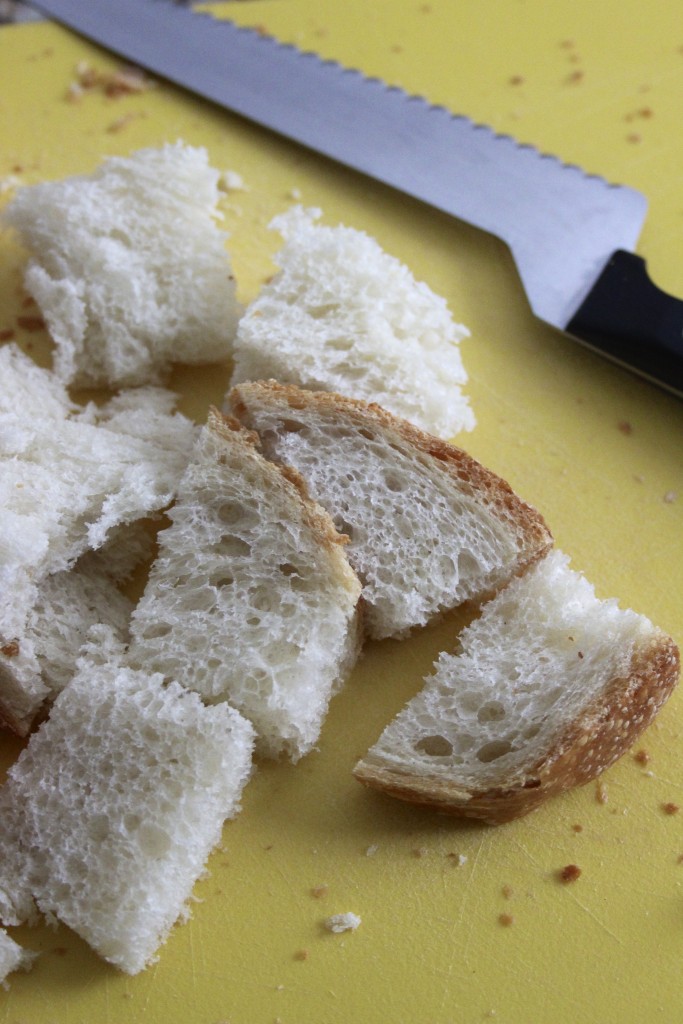 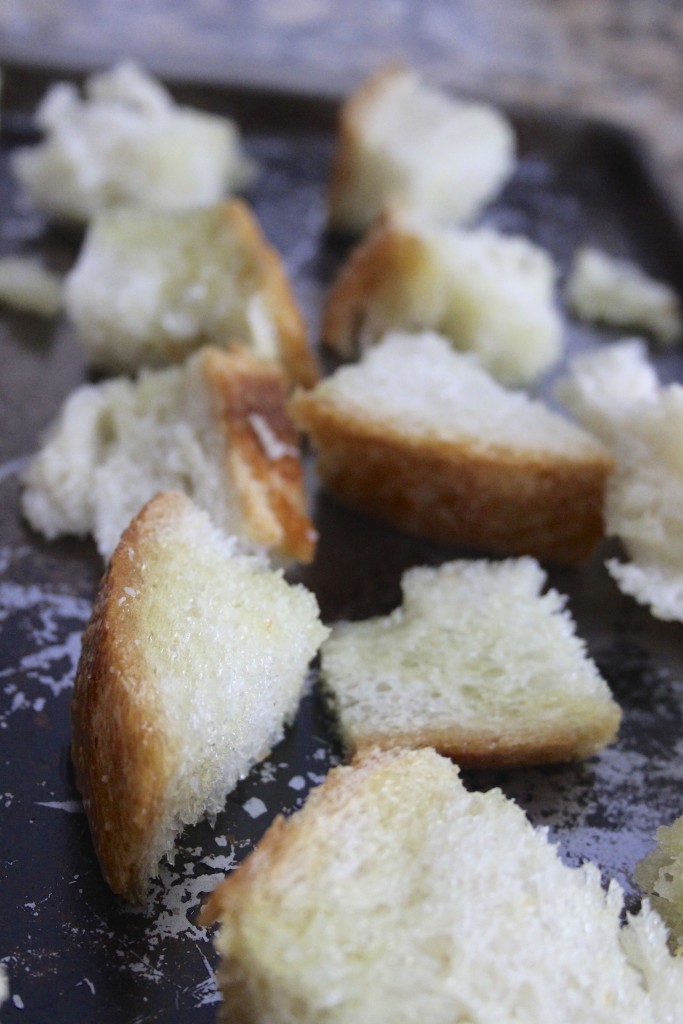 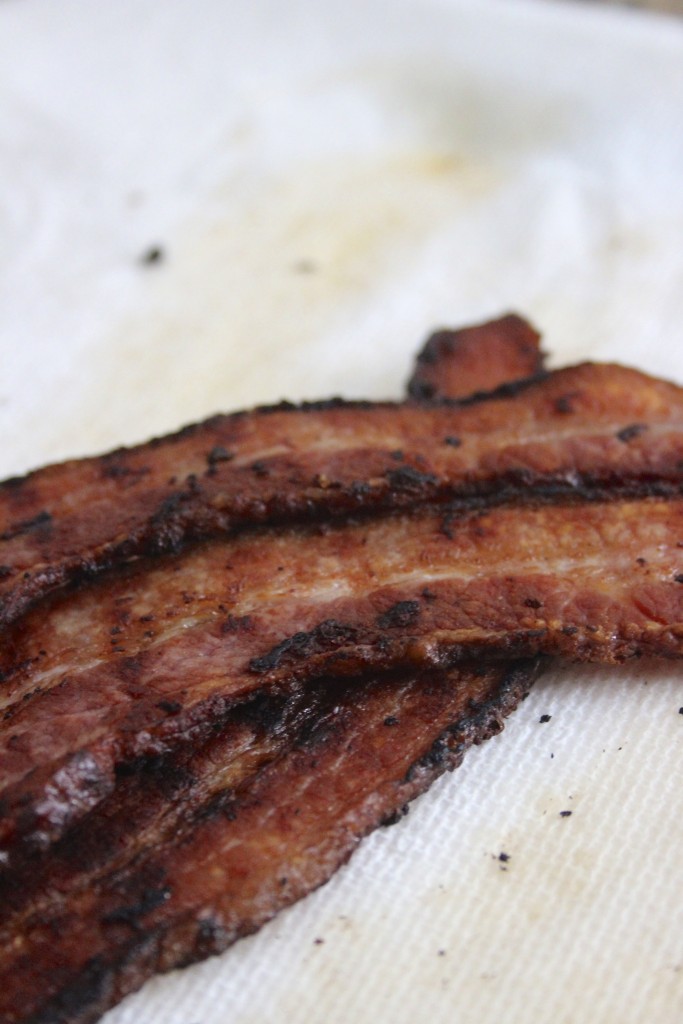 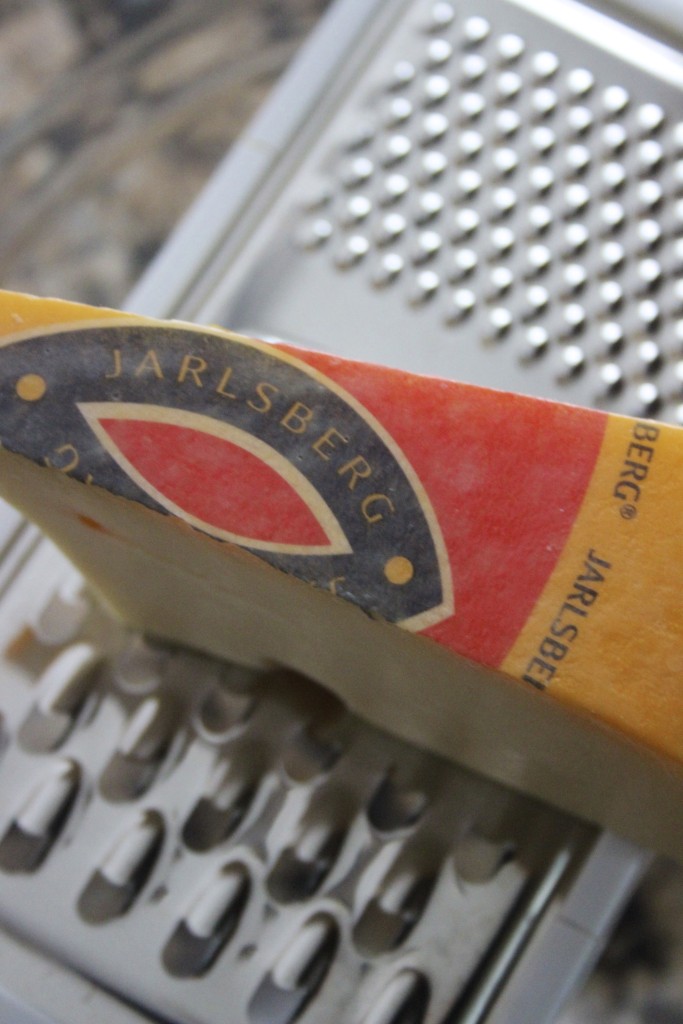 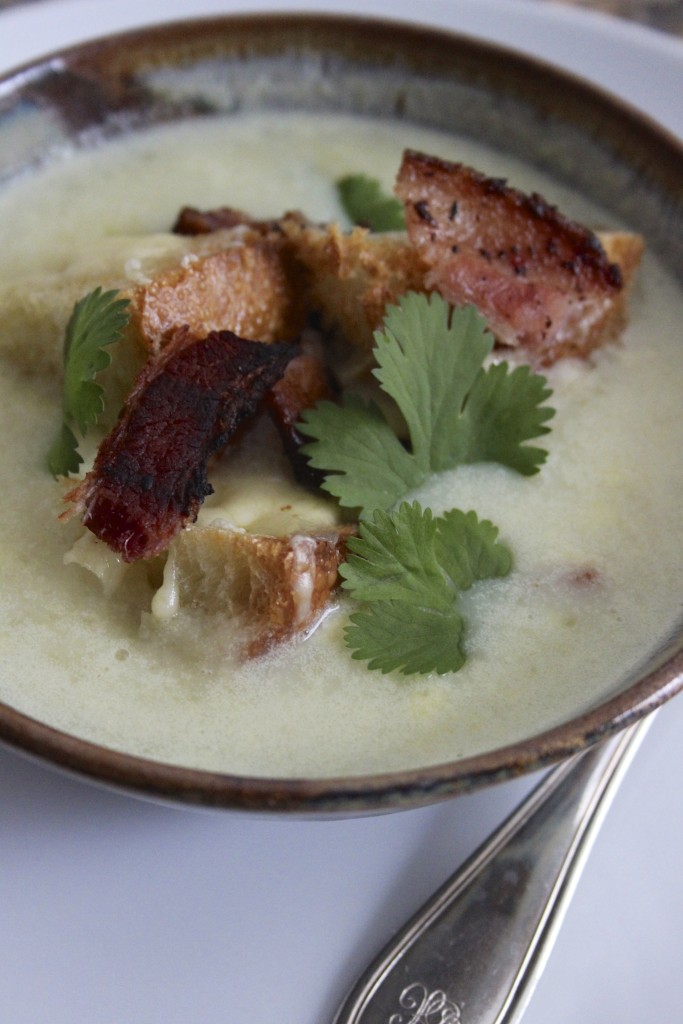 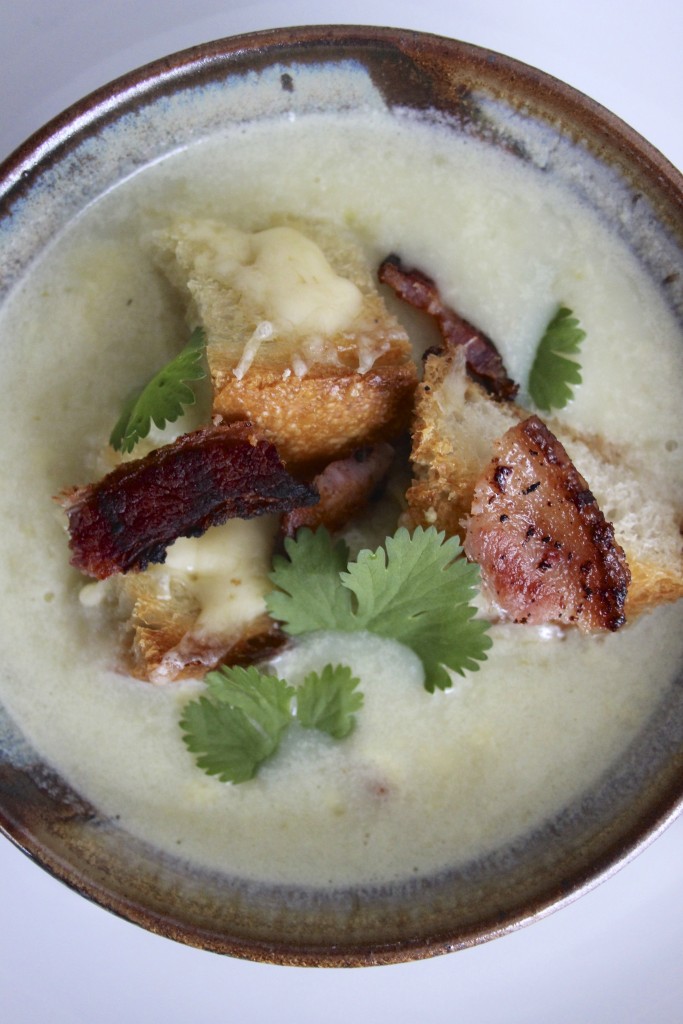 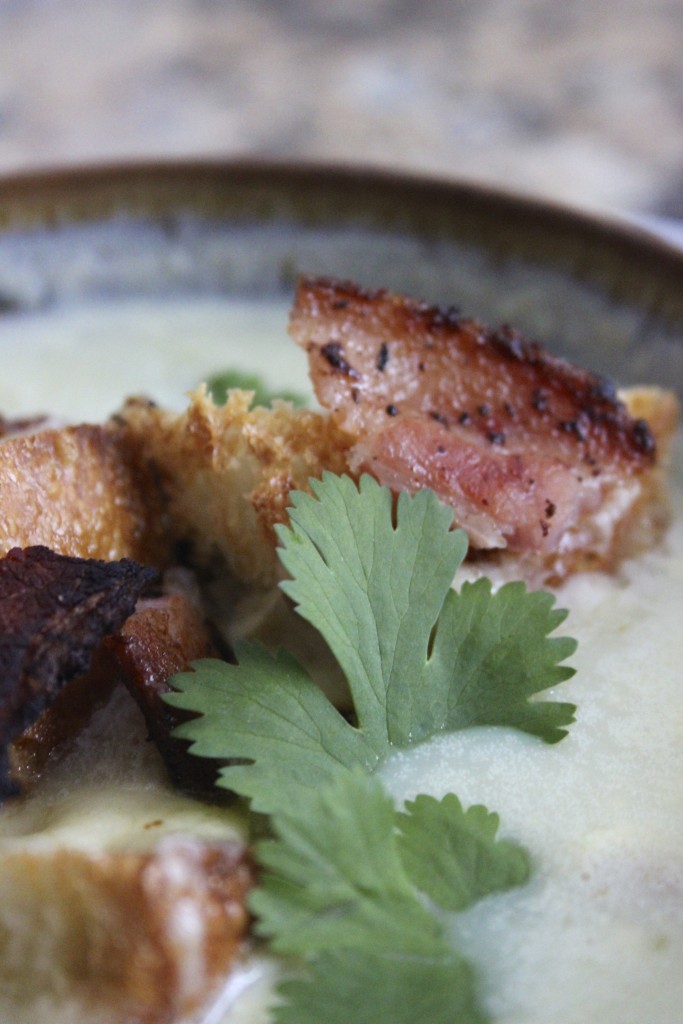